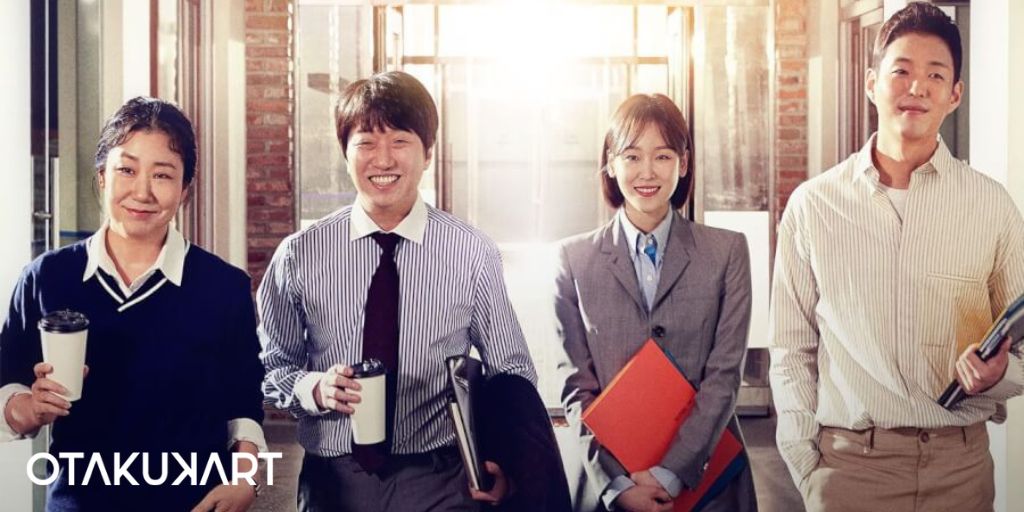 Our today’s topic of interest is the drama Black Dog. The drama came out in 2019-20, and has remained relevant since, and will for a long time. The education industry will never go out of style, and to get a better look at the modern education system, Black Dog is a must-watch for you. If you didn’t watch the drama while it was on-air, fret not. We will give you all the details that you need to stream episodes of Black Dog in 2022.

Dramas like Sky Castle have shown us the competitive world South Korean high schoolers live in. But Black Dog successfully shows the struggles of the teachers too. The politics that go on in various departments were shown in a realistic manner. The amazing cast of the drama made it stand out from other kdramas that aired at the time. The actors really did put their best leg forward for the drama. The real human relationships and emotions were so beautifully portrayed, that viewers couldn’t help but be mesemrised.

tvN was the official broadcasting network of the drama. If it’s a tvN drama, you know it’s ought to be good. If you haven’t watched the drama back then, now you have a chance to catch up, since the OTT platforms have made dramas so accessible. Read ahead to know more about the plot and cast of the drama. Further, we will let you know where can you watch the episodes of Black Dog.

Synopsis and cast of Black Dog

The drama revolves around 4 professors at a private high school. Go Ha-neul played by actress Seo Hyu-jin has a special relationship with the profession of teaching. As a student, her life was saved by a teacher. Although that teacher doesn’t get the appreciation he deserved, Ha-neul’s impression of him is a lasting one. The teacher dies while saving her during a bus crash. But the school doesn’t give his family compensation for his bravery and sacrifice. All this because he was a temporary teacher. Hence, she decides therefore that she too will follow this noble profession of teaching, as a way of probably paying him back. Although things aren’t easy for her. South Korea’s system of hierarchy at workplace is a cruel one. Initailly, she isn’t able to clear her certification for teaching, but she does eventually and gets into one of good private high schools. She is hired as a temporary teacher, since making into the permanent teachers zone is quite competitive, and usually full in the school.

The characters in high school include College Admission head, Park Seong-soon played by veteran actress Ra Mi-ran. Her character is a strong one, and she’s infamous in the high school. Further we have actor Ha Jun playing the role of Do yeon-woo, who is a young Korean language teacher popular among the students. 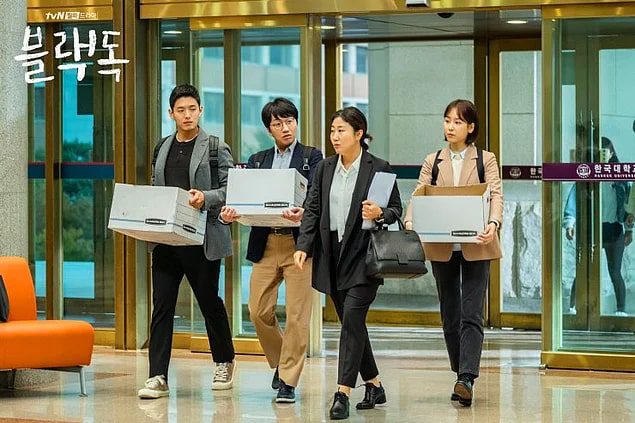 Ha-neul makes it into the school, and later comes to know that one of her relatives is at a high position in the school. This makes many teachers question her capabilities, and believes she only got in because of her contacts in the school. In fact, it is announced after her recruitment, that a positon for permanent teacher will be opening for the first time in 4 years. This further makes many eyes roll and raises suspicion of many tecahers. Some even start giving her the cold shoulder. Although, Ha-neul was absolutely oblivious of this fact. The rest of the drama follows how Ha-neul navigates her way through the high school, and if she will ever become a permanent teacher. The drama is a remarkable journey of Ha-neul’s growth as a teacher and as a human. Further, if you are a teaching professional yourself, this drama is absolutely worth your time.

Where to watch Black Dog K-drama?

The drama originally aired in year 2019-20, and was a tvN drama. tvN is known for it’s wide variety in dramas, and hence Black Dog was no exception. In 2022, you can watch Black Dog online. Netflix is the official streaming partner of the drama. The 16 episodes long drama is worth watching, and if you didn’t know about it yet, this is your sign to finally watch it.