There are many anime series currently ongoing, and the one which certainly tops every week is none other than Lycoris Recoil. The series is gaining huge popularity from fans worldwide and certainly surpassing every other ongoing anime in terms of popularity and viewership. There can be many aspects contributing toward the huge success of Lycoris Recoil; however, two of those are a solid and unique storyline, and the second is well-written character. Each character in the series seems to impact the storyline in some way, and fans really loved this aspect. There have been 10 episodes of the series released so far, and these 10 episodes revealed a lot of things to keep the series running, and each episode revealed something for the fans to stay on the edges of their seats.

Especially the 10th episode, which made fans hooked to their screens throughout the episode. Also, the episode raised the hype for the 11th episode greatly, and now, fans are eagerly waiting for the 11th one. Since the hype is certainly set, there is huge confusion and doubt among fans regarding the Lycoris Recoill episode 11 release date and spoilers.

Even on the Internet, the information is not present in a transparent way, and that’s the reason we have decided to cover every single thing you need to know related to Lycoris Recoil episode 11 release date and spoilers in this article itself. Make sure to read the article till the end.

Lycoris Recoil is one of the Japanese ongoing anime adapted by the infamous A-1 studios, which made some of the most popular animes like Kaguya Sama: Love is war, Magi, etc. The story of the series is based on a high school girl, Takina Inoue, who is a member of an all-female task force known as Lycoris.

They were assigned to the task to eliminate all the threats to the city of Tokyo, thus, saving the lives of citizens. However some of the ideologies’ arguments made her journey a little twisted, and now she is working for whole new people from one of the agency branches that operate from the cafe, named LycoReco.

Lycoris Recoil episode 10 was one of the most anticipated episodes of the series so far. The episode starts with Kurumi and Mizuki, who are busy researching academic papers about artificial hearts at the Alan Institute. They even have Yoshi with them for some extra investigation. Kurumi is certainly sure that this research would help in saving Chisato. As they were in the middle of their research, the girl announced that the cafe is soon going to close and they should speed up their progress. We certainly saw Chisato speaking to some other members of the staff. In the mid part of the episode, we saw the director inside D.A headquarters talking about the Majima, and later he send the Lycoris agent to get rid of him. In the last part of the episode, we saw that Chisato finally came to send off Kurumi and Mizuki at the airport. 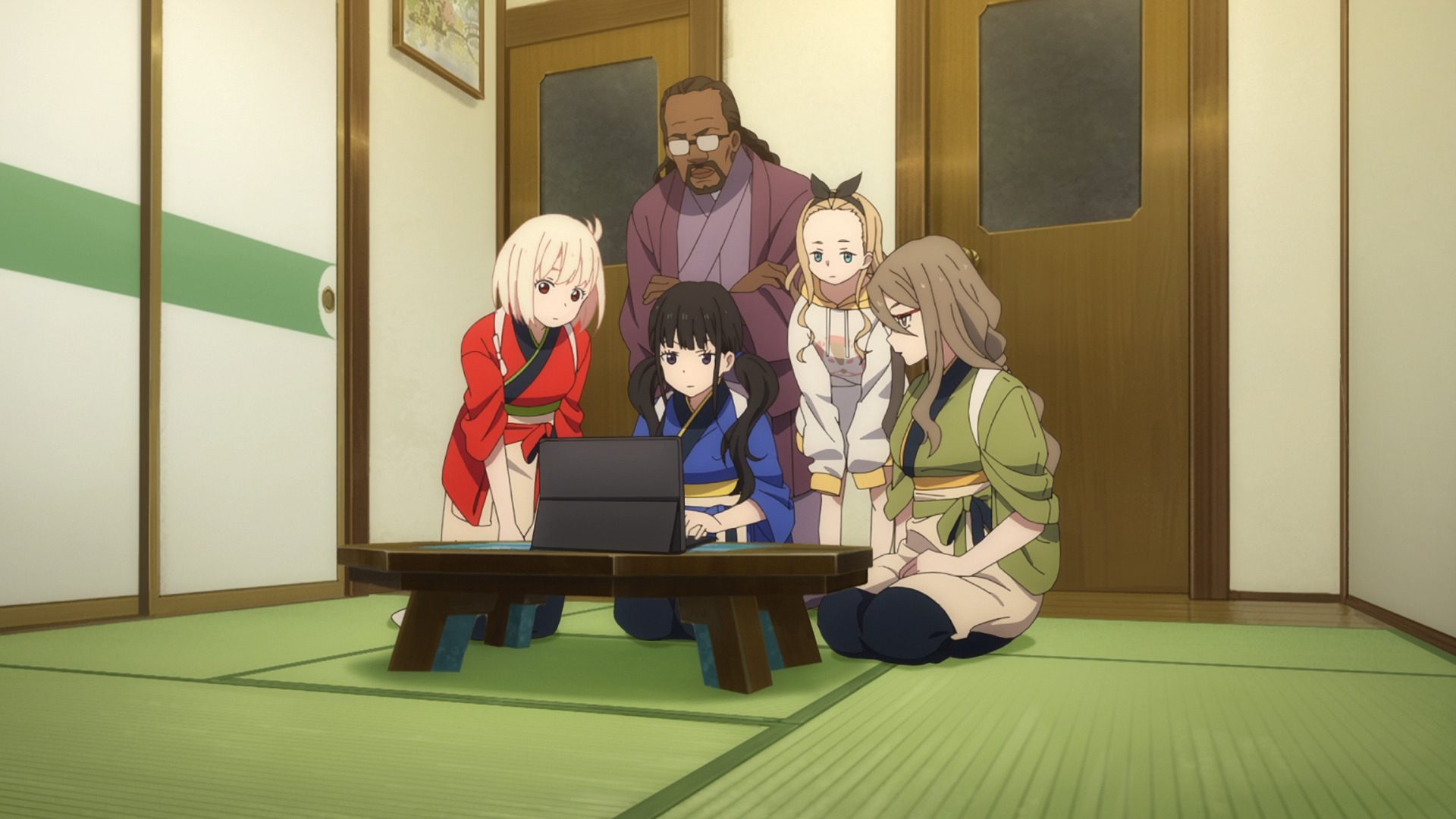 As expected from A-1 Studios, the animations of the episode were quite impressive, and the quality was constant throughout the episode. The OST used for the episode was great and perfectly matched up with the running sequences. We are expecting the same amount of quality and entertainment from the 11th episode as well.

Episode 11 of Lycoris Recoil is all set to release on 10 September 2022 for most of the International audience. The episode will be able to stream at 7:30 PDT, 9:30 CDT, 9:30 EST, and 15:30 BST. If you are a fan from India, the episode will be able to stream around 20:00 IST. For fans in Australia, the episode will be out at 1:00 ACDT. Since the last episode aired recently, we can’t predict the spoilers of the 11th episode of Lycoris Recoil at this point in time. In fact, the official preview of the upcoming episode isn’t available right now to guess the spoilers. In case of any major update regarding the episode, we will update this article for sure, so make sure to bookmark this article for future reference. 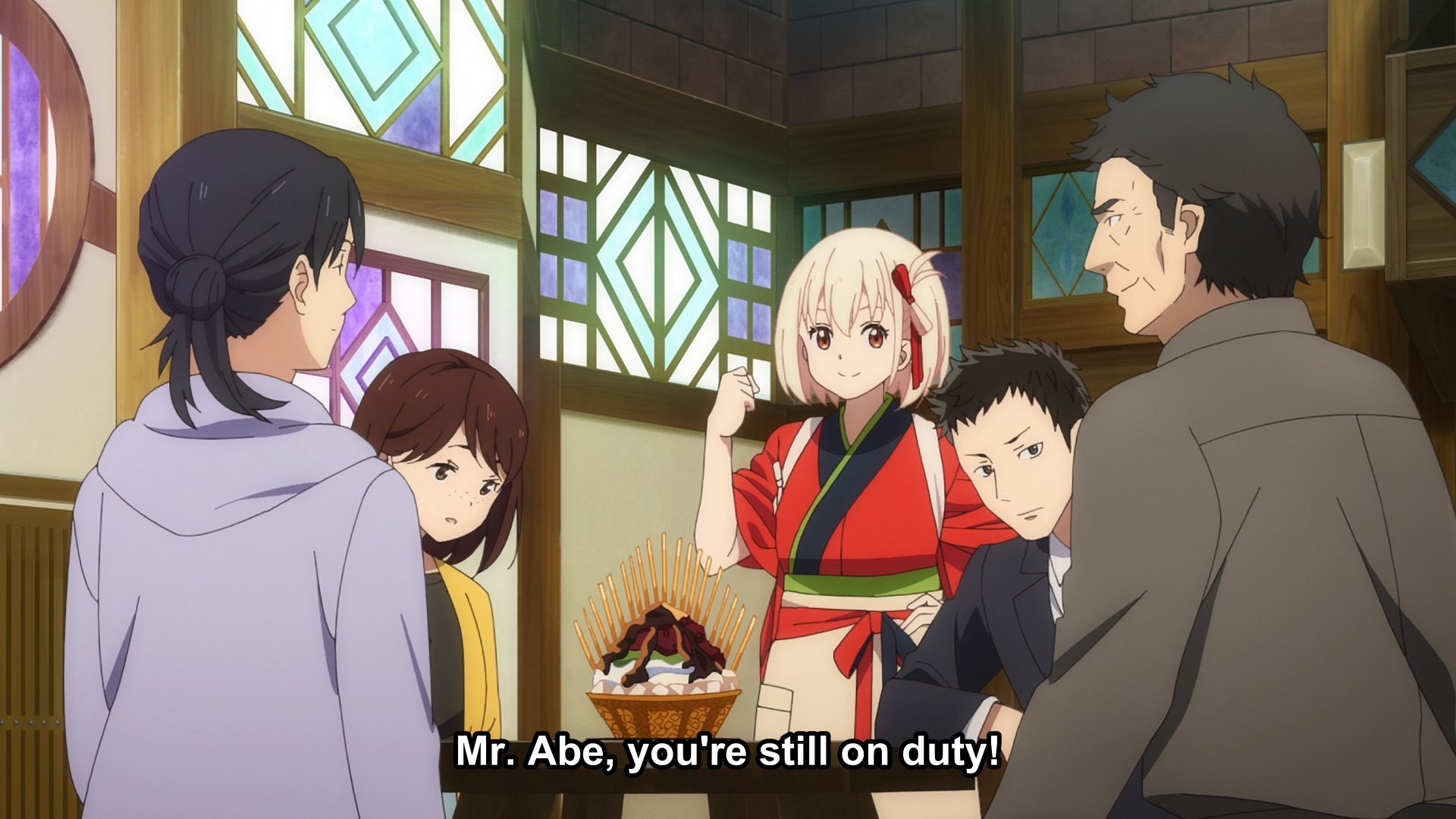 All the episodes of Lycoris Recoil are available to stream on Crunchyroll. You will be able to stream the upcoming episodes as well on the same platform as Crunchyroll supports simulcasting. You can also read manga and buy anime merchandise here. As Crunchyroll is home to thousand of other anime shows, you get access to all of those with just one subscription.