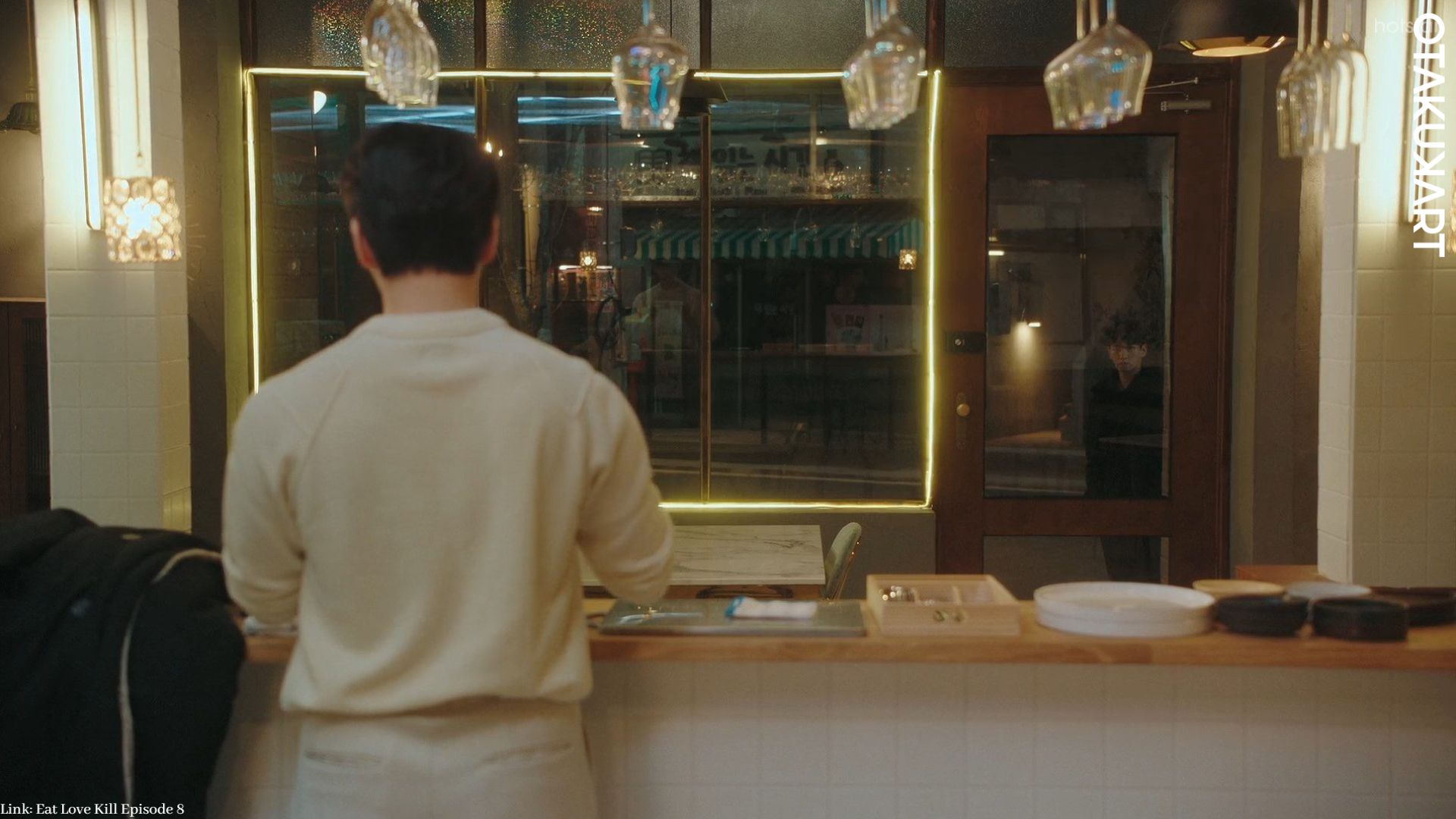 Link: Eat Love Kill Episode 8 is all set to hit the screens. With each passing episode, the show has given something new and intriguing to its viewers, and therefore, the expectations are the same for the upcoming ones too. The genres of the drama series are being used and reflected very powerfully in both the cast and plot patterns. It has taken every viewer into its trance successfully, and they are going to be there for a while now.

The fact that Jin-geun is alive and all set to hunt and kill Da-hyun has left everyone stunned and quite nervous. The fact that Gye-hoon can feel Da-hyun’s feelings and emotions has become a relief factor for the viewers as they can rely on the fact that he will come in as her savior whenever something goes downhill. The same happens when she gets trapped in an alley by Jin-geun, who has already pulled out a metal rod.

This upcoming eighth episode of the show is going to be one of the most intriguing out there, and the upcoming incidents will definitely leave everyone surprised.

The fact that Gye-hoon and Da-hyun are residing in a conflict on where to give in to their feelings for each other or keep maintaining a distance between them. All the dilemma and confusions floating between them has given way to countless sweet moments, which has left all the viewers out there feeling butterflies in their stomach.

The upcoming episode might bring us lots of cute moments of them, which will be filled with both awkwardness and adorableness.

We might also get to see the truth behind how Jin-geun escaped that night from the clutches of death after he was packed in the refrigerator and run over by a car. In the previous episodes, we saw him chasing Da-hyun with a metal rod and Gye-hoon coming on the scene as the hero of the moment. 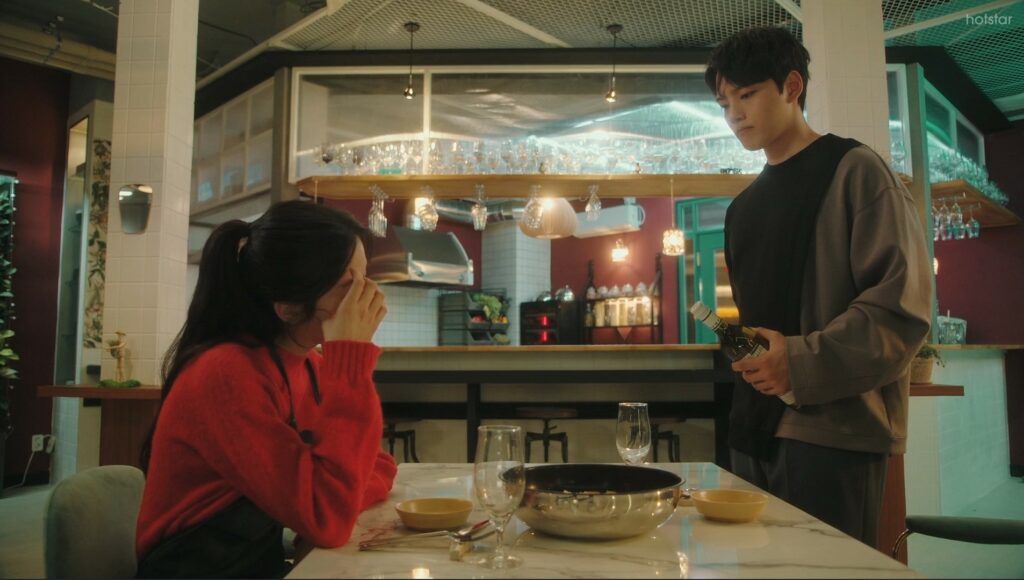 Though this is not going to stop here, the mystery about him is still thriving and now him being alive and free is a fresh danger for both Da-hyun and her family. Maybe now the truth about the whole situation will get out, and we might get to see a whole new side of the plot of the show.

In its previous episodes, the cast of the show has given an impressively moving performance, and now in the upcoming episodes, they are going to continue with the same. Moreover, the plot structure of the show, too, is going to evolve to the next level from the next episode with the appearance of Jin-geun again in the frame. All in all, it is going to be lots of chaos and nerve-wracking twists.

Also Read: The Package K-Drama Cast: Where Are They Now?

Link: Eat Love Kill episode 8 is available to be streamed on the international platform Disney+. After getting subscribed to the same platform, all the viewers out there can watch all the released and upcoming episodes of the show.

Moreover, the show is also available to be streamed on Disney+ Hotstar. This platform will, too, need a subscription, to begin with and all the viewers out there can catch up on the episodes after doing the same.

Link: Eat Love Kill Episode 8 will release on June 28, 2022, at 7 PM (IST). The upcoming episodes of the show have been bringing in many intriguing details for the viewers out there. With every new episode, the viewership graph has been reaching a new point, and the popularity of the drama series, too, has been multiplying globally. 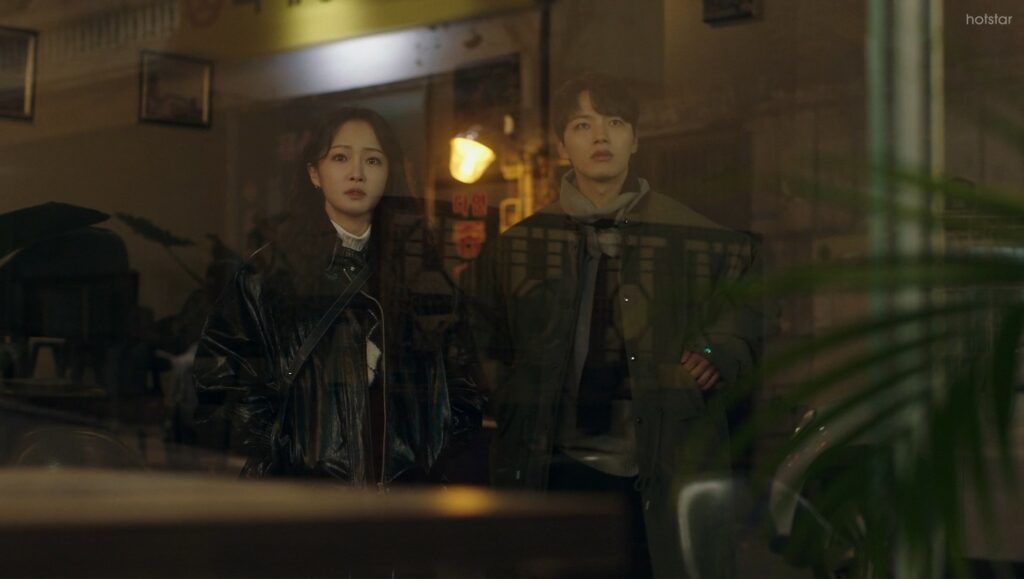 All in all, in a very short period of time, the drama series has made a huge fanbase. With the release of this eighth episode of the same, it will complete half of its airing pattern. In all these eight episodes, both the cast and plot of the show have done incredible work. Therefore, all the viewers out there are expecting the rest of the eight episodes with the same enthusiasm.

Also Read: Kill Me Hill Me Review: A Rom-Com Kdrama With A Twist Of 7 Personalities