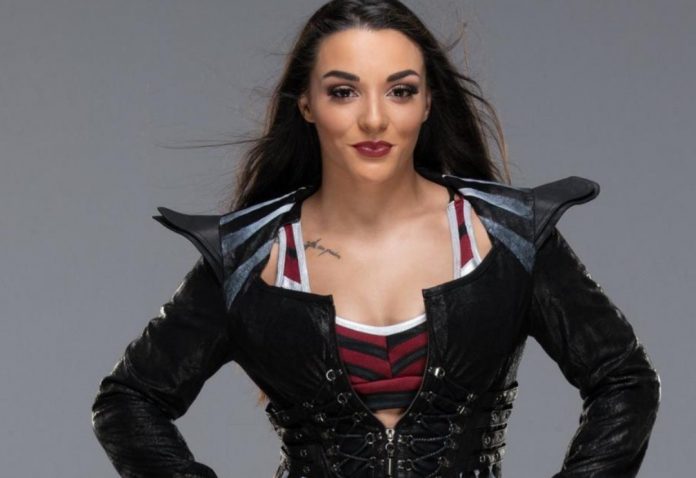 Today, we shall discuss Who is Deonna Purrazzo’s Boyfriend. What do we know about the wrestler’s love interest and career winnings? Starting from the basics, Deonna Purrazzo is gaining prominence, currently being signed to Impact Wrestling. She has been Impact Knockouts Champion a couple of times. Little did you know, She has made it to the AAA Reina de Reinas Championship too. Not to forget to mention her win at the GCW Women’s Championship. At the beginning of 2018, Deonna signed a contract with Ring Of Honour but left it on 1 July of the same year.

Knowing so much about Deonna Purrazzo’s noteworthy wrestling career, fans are interested to learn about her love life. When we talk about her romantic interest, he is someone from her profession itself. Moreover, he is also signed to Impact Wrestling. The pair have taken their romance to a different level and fans can’t keep their eyes off them. Let’s dig deeper into this article to learn more about Deonna Purrazzo’s Boyfriend.

When we talk about Deonna Purrazzo’s Boyfriend, he is none other than her fellow companion, Steve Maclin. He hails from New Jersey. For all those who aren’t aware, Steve Maclin is an ex WWE Superstar.  He has gained quite a prominence, being a member of The Forgotten Sons. Other than him, Jaxson Ryker and Wesley Blake are also there.

With him, she is sharing a romance since February 2020. Throughout their relationship to date, Deonna and Steve have been very much vocal about their romance to the public. After dating for a couple of years, finally, they have taken it to the next level. This year, on 12 February, she announced to have been engaged to his boyfriend, on her Twitter account, with a caption stating ‘LOOK AT MY FIANCE’. The tweet portrays the pair to be very happy with each other and also highlights Deonna’s engagement ring.

Congratulations to Deonna Purrazzo and Steve Maclin! Now, we may say, the two Impact Wrestlings stars are engaged! Well, neither of them has made any announcement of their plans. Both, being officially together, are now looking forward to being more successful in their careers.

Besides knowing who Deonna Purrazzo’s Boyfriend is and their relationship details, fans are interested to learn more about her. Born on 10 June 1994, makes Deonna is 27 years old. She was born in Livingston, New Jersey. As far as the wrestler’s height and weight are concerned, she is 5’3″ feet tall and weighs 63 Kg respectively. You may follow her on Instagram, having 345K followers as of now. She is pretty much active on social media and often ends up positing pictures and updates about her noteworthy career and winnings.

Talking about her wrestling career, at this young age, Deonna has successfully made quite a lot. She is considered one of the best wrestlers, who never fails to upset the audience and gives her best till the last second of her fight.

Best Wishes to Deonna Purrazzo for the upcoming days of her career. We believe, with time she will be able to make herself more prominent and successful. Also, good luck with her new journey with Steve. Well, Deonna has been the World Wonder Ring Star from 2017 to 2018. Little did you know, she even wrestled and teamed up with WWE, from 2014 to 2020. However, on 4 May 2022, in a match, she fought against Mercedes Martinez but got defeated. It was an episode of Dynamite.

Deonna goes by her moniker, The Virtuosa. It describes her technical abilities in the rings and also provides grace, elegance, and feminism to her personality. She has won East Coast Wrestling Association Super 8 ChickFight Tournament twice, precisely in 2015 and 2016 respectively. Back in 2020, she also won IMPACT Year End Awards for being the Wrestler of the Year. Her immense practice and dedication totaling are very much visible in each of her wrestling fights.