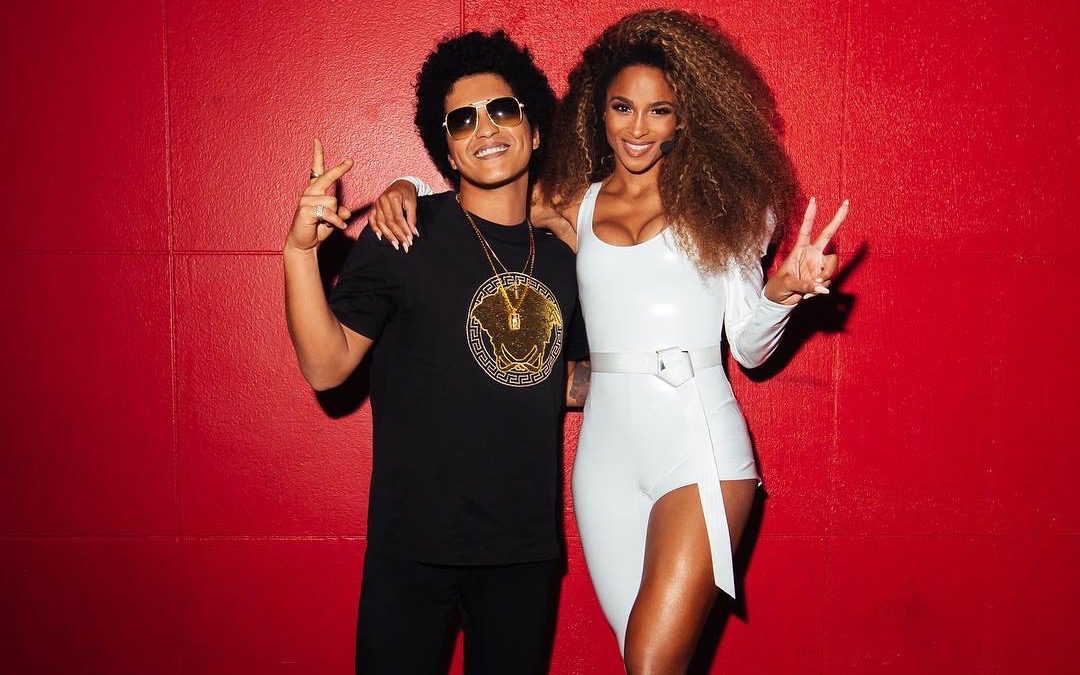 Want to know who is singing star Bruno Mars’ ex-girlfriend? Popular artist Bruno Mars is surely a man of many talents! He has been a prominent figure in the music industry as a prolific singer-songwriter, record producer, musician, dancer, and music video director! While the singer has given us so many romantic songs to listen to that including hits like Grenade to Just The Way You Are, fans have been curious about his own romantic life and additional details.

While there have been a few romantic rumors with a fellow songstress, are these rumors true? From Rita Ora to Demi Lovato, the list is an interesting one. Is Bruno Mars dating anyone? Let us take a look at all the details and lesser-known facts about Bruno Mars’ ex-girlfriend and further additional details about his current relationship status.

Who is Bruno Mars’ ex-girlfriend?

While Bruno Mars has been notoriously private about his whereabouts, the singing sensation has been romantically linked with a few known faces of the industry. The 24k Magic hitmaker was once rumored to be dating songstress Rita Ora. Rita Pra reportedly revealed in an interview that the alleged couple dated from 2009 to 2011. The romance whirlwind kick-started when Bruno Mars started to pen down songs for Ora. However, the musical relationship soon fizzled out due to busy work schedules. Bruno Mars was even rumored to be dating backup dancer Chanel Malvar! 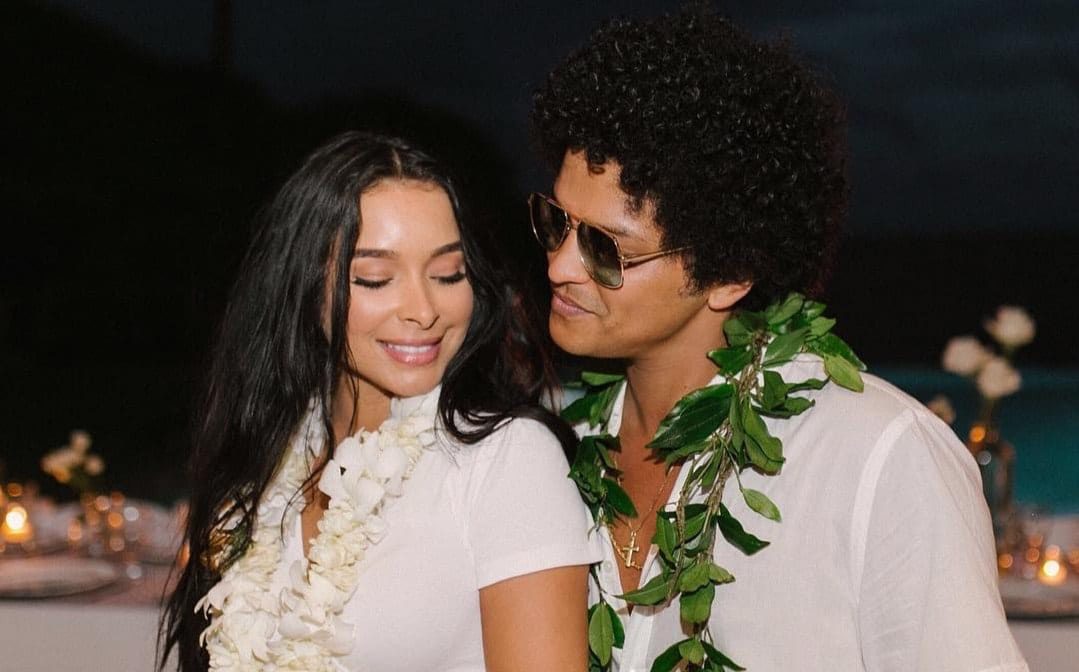 However, the alleged relationship ended on a sour note after Malvar claimed that Bruno cheated on her and was with someone else with whom he was working for a long time. The Uptown Funk” singer‘s name was since linked with songstress Demi Lovato as well. It was earlier rumored that Lovato took some interest in him and even wanted to work together as well. However, it was just a mere rumor and soon fizzled out.

While Bruno Mars jas given fans so many soul-soothing tracks Nothin’ On You,” “Just The Way You Are,” and “Grenade, the singer has himself kept his personal life away from the media limelight for a long while. It seems like the singer has a special someone in his life named Jessica Caban.

Believe it or not but their relationship is almost a decade old as the Finesse hitmaker initially began dating Jessica Caban back in 2010 and they reportedly live together in a mansion worth a whopping $6.5 million! The two have even teamed up for a few projects as well. Take a look at this fun video as Bruno Mars joins Ellen DeGeneres. Here’s the video is given below.

Thank you for making this for me, @BrunoMars. It is so so thoughtful. pic.twitter.com/J6T6GS1HeY

Fans might be interested to know that the women partying around in the music video of 24k Magic, were sporting designs from Jessica’s Caban’s J. Marie swimwear line! Despite the ongoing rumors and link-up speculations, the two have been going strong for a long while. While they do keep most of their relationship away from the media limelight, the stunner is a driven entrepreneur and has reportedly been the inspiration for several of Bruno Mars’ hit tracks.

Bruno Mars Has A Special gift For Ellen DeGeneres!

As popular show host, Ellen DeGeneres will soon bid farewell to the long-running show, several celebs have been making their appearances and recalling all the sweet memories on the show. Recently, Bruno Mars was one of the guests and he had something special for our beloved host! 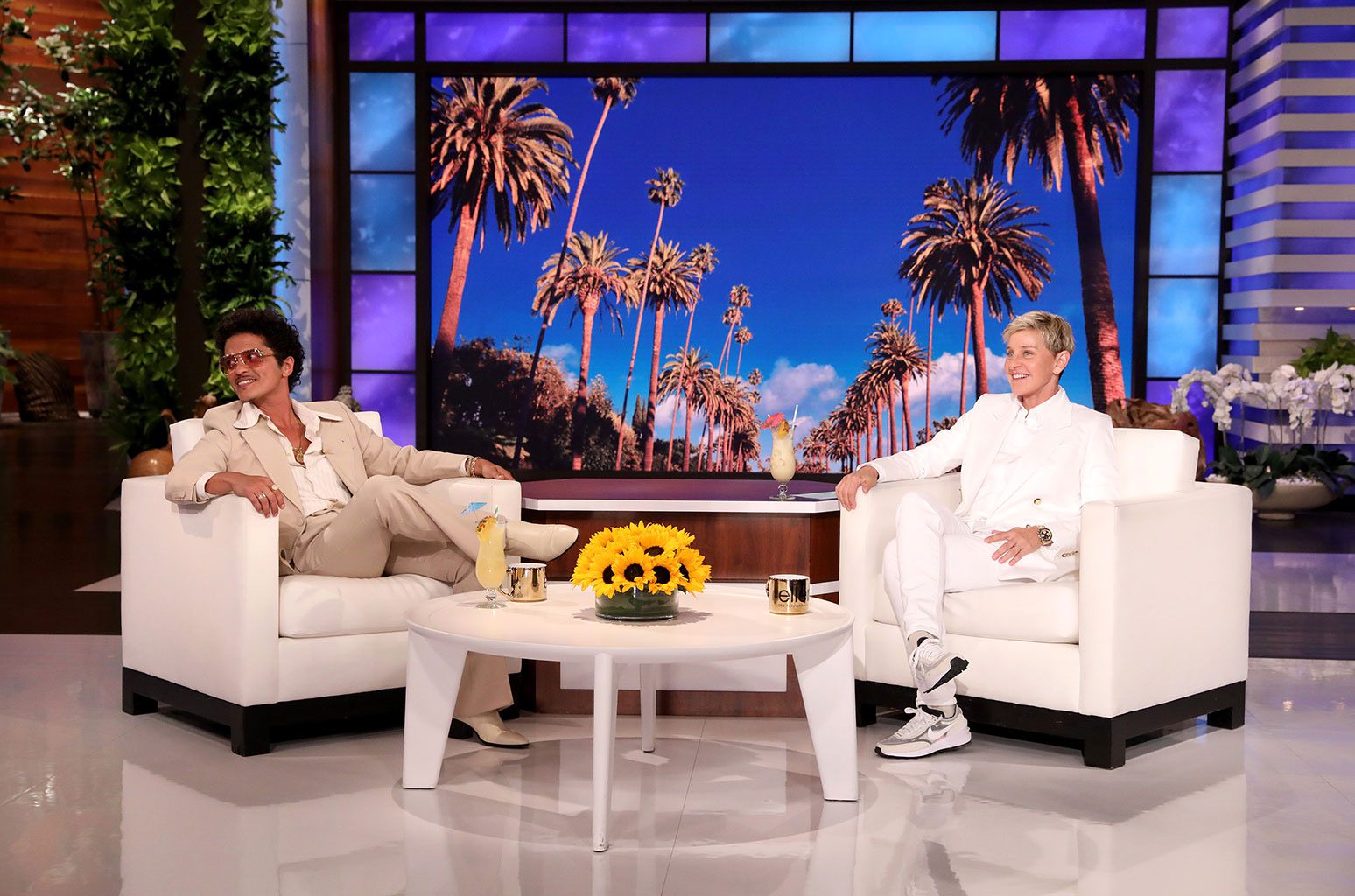 While the singer gifted a fine glass of piña colada and a picture of himself as a parting gift to Ellen, the host thanked him for showing up for the taping. Bruno admitted that he had to show up and give his praises to Ellen while he recollected his first appearance on the show on April 20, 2010, where he performed their collaborative hit “Nothin’ on You,” which spent two weeks at No. 1 on Billboard’s list. Bruno Mars also edited and included Ellen in one of his hit tracks in the most hilarious way ever!