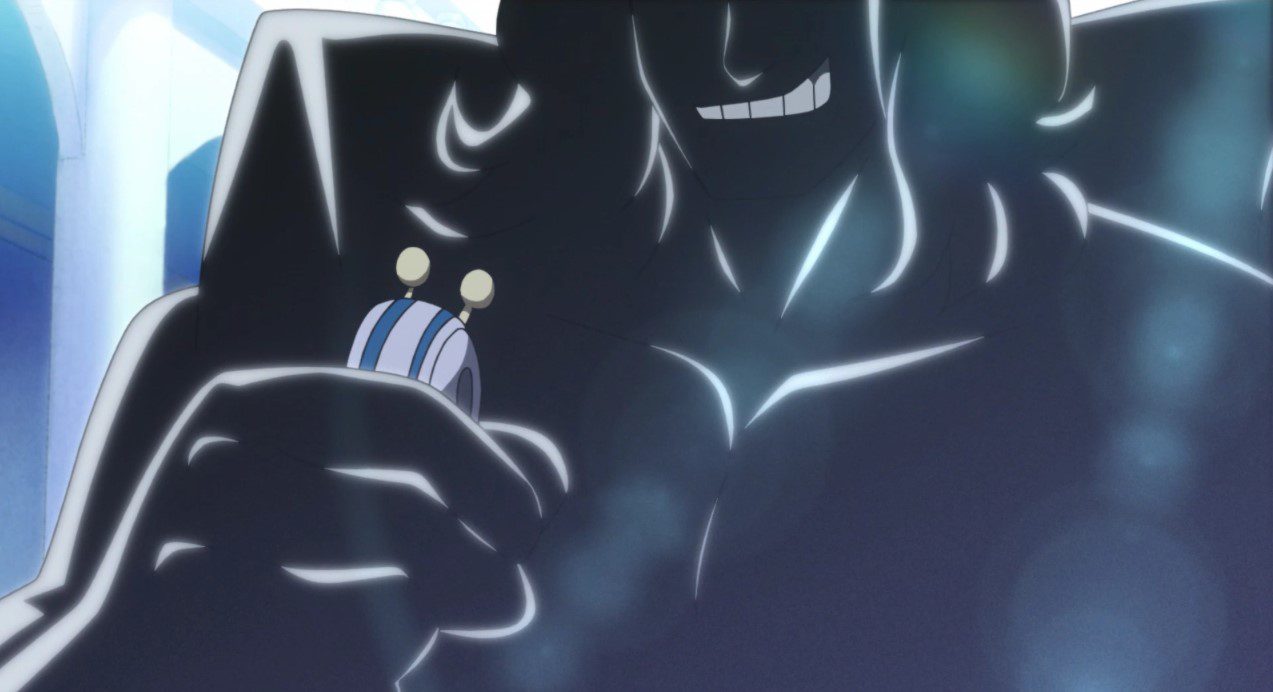 Now that One Piece manga is entering its final phases, it’s time for all the secrets to come to light. We know that the world of One Piece is vast and as the manga is near its end. This doesn’t necessarily mean that less content is left. Because if you consider all things that Oda still has to reveal, then you will notice that we still have a lot to see. Now it is admiral Ryokugyu who finally made his appearance in the manga.

Well, for now, we will be delving into spoilers territory, so if you don’t mind spoilers, then you should proceed without any worries. We all know that after the time skip, there have been some changes in the Marines. But since the story focused mostly on the strawhats and their journey through the new world, then we did not get to see much of what was happening elsewhere.

You will realize this if you look at the Wano arc, and you will notice that very few chapters focused on what was happening in the outside world. Back in the days after the timeskip, when the new admirals were introduced. We only got to see Issho, while we already know about Borsalino. But now, a new guy has joined the ranks of the admirals, and we know very little about him.

It is none other than admiral Ryokugyu who made a short cameo in the anime years back. He is said to have spent over three years without eating anything, and that is one of the strangest things about him. But now that the Wano Arc is wrapping up. Admiral Ryokugyu has appeared once again, and it seems he is hovering over the sky above Wano.

If you follow the manga and are up to date will all the events, including the spoilers. You should have noted from the latest spoilers released so far from the conversation Fujitora had with admiral Ryokugyu. It was a very short moment, and we are yet to see what the official releases will be like. But as the scans are already released, we got to see a bit of Ryokugyu, but it was not so different from what we have seen before because no full facial features have been revealed so far. 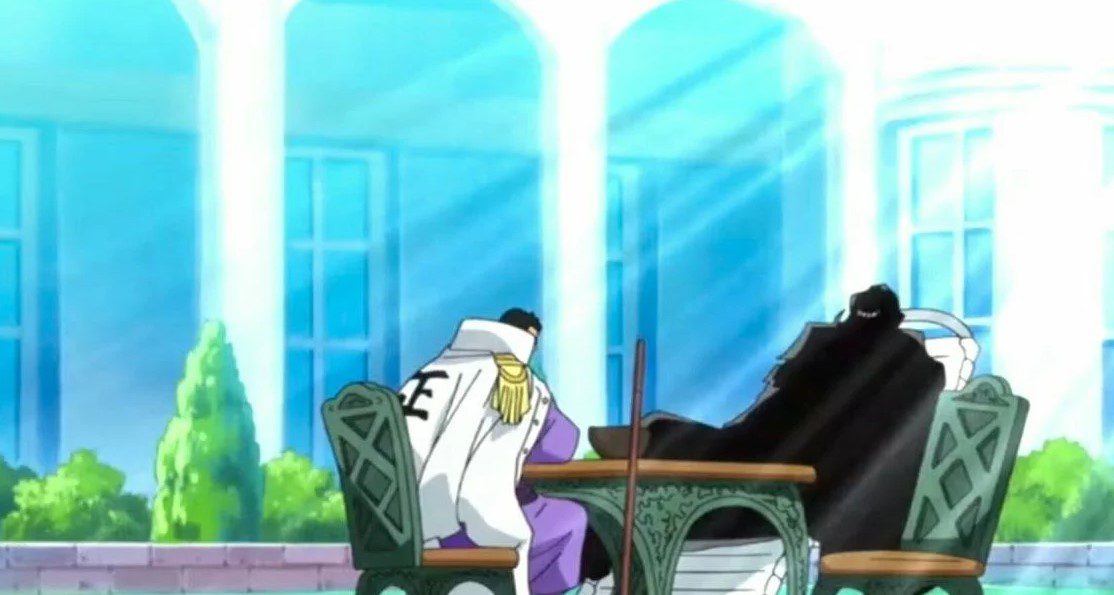 When admiral Ryokugyu appeared in the Wano arc, he was flying using what appeared to be a flower petal as a propeller that kept him in the air. So it is likely related to his powers that are yet to be revealed. Another thing to note is that Ryokugyu seems to have gone a long time without eating a thing. Something that seems impossible for a human. So maybe that is also related to his devil fruit powers as well.

We are yet to know more about Ryokugyu and why he went to Wano. For now, we know that the Marines are aware of Big Mom and Kaidou’s team up and that they are both in Wano. But due to their operations to bring in all warlords, they were left understaffed with no manpower to interfere. So even if Wano is a closed nation. They were aware of the fight that was going on between the Samurai and Kaidou as they even had the CP0 agents who were closely monitoring the situation and communicating with the Gorosei as well.

So maybe Ryokugyu only wanted to do a situation update on what was going on. But from Akainu’s orders, he was not allowed to do anything, and even he did not seem to have any thoughts of starting trouble.

As one of the admirals in the Marines and having attained his rank during the two-year timeskip along with Fujitora(Issho), his real name is yet to be revealed in the story, and Ryokugyu is only his alias as an admiral. When he appeared for the first time in the anime and the manga. He was shouted, and his full appearance was not shown just like we have seen in the latest spoilers. But now we know that he has abilities that allow him to fly using a flower, so that might be what his devil fruit powers are based on. 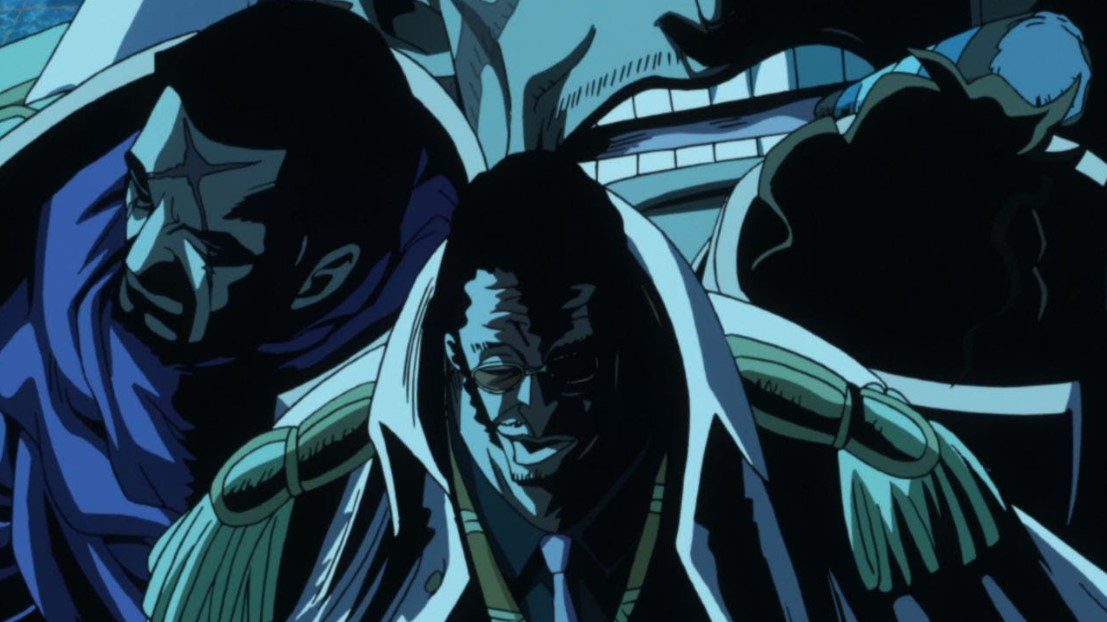 He seems to be taller than Fujitora, who stands at 2.7m, and he has long, wavy and dark hair. He also wears a seemingly typical Marine officer’s coat, and this time he also appeared wearing it when he was in the sky above Wano. One notable characteristic he has displayed is his preference of going with his chest bare when relaxed.

He seems to be a laid-back character and does not want to make an effort to follow Akainu’s orders to expel Fujitora from Mary Geoise because he is worried about the damage that the fight between the two of them might cause. He is a lazy person to a point were he even finds the act of eating to be too much work as he seems to have the ability that lets him survive without food.

Despite all this, he seems to be well capable of being serious about his duties as a Marine officer, and when times demand it, he can be reliable, as we had seen when he went with Fujitora to confront the Revolutionary Army’s commanders and chief of staff.

What We Know About Ryokugyu so Far!

When a character gets a silhouetted appearance like we are seeing with Rukugyu. It usually means that there is something interesting about them and based on what little we have known about Ryokugyu so far. He seems to be a very powerful admiral, as evidence when he was deployed to expel an individual as powerful as Fujitora. 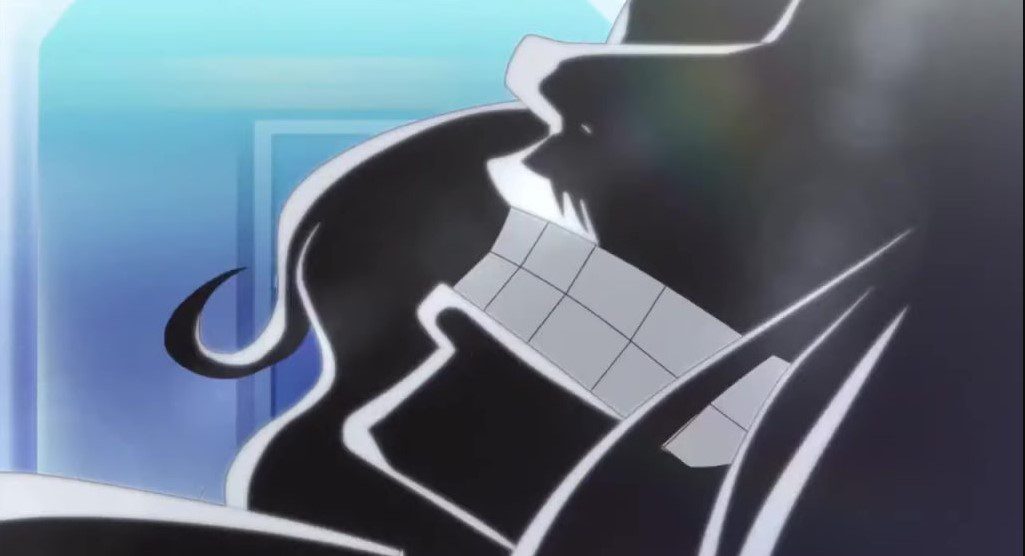 Moreover, the fact that only he and Fujitora were enough to stop the Revolutionary army commanders means that he might be the most powerful admiral that we have seen in the series so far. We have also seen this trend with other iconic characters that appeared in Silhouette first, and only their powers were revealed little by little.

Even what seems to be the most iconic character in the series so far has even appeared in the same manner. And even to date, we have not seen a speck of their face. Just to name a few, we have characters like Imu, Rocks D Xebec, and we had also seen the same from the four Yonko’s when they were made reference to for the first time in the anime.

Then they would later proceed to make appearances one by one, with Kaidou being the last one of them to make an appearance. We would remember that for us to get a good look at Kaidou, it took a very long time, and the same pattern was applied to the way his hybrid devil fruit form was revealed.

Ryokugyu and His Impact in One Piece.

Once someone or something appears in this manner. We then should know that it will be a game-changer when it is finally revealed in detail. We know that the Admirals are the most powerful fighters of the Marines. And to match the Pirates that fight to survive on almost a daily basis. Then the marines really need to have a strong force to counter the Pirates and the revolutionaries. 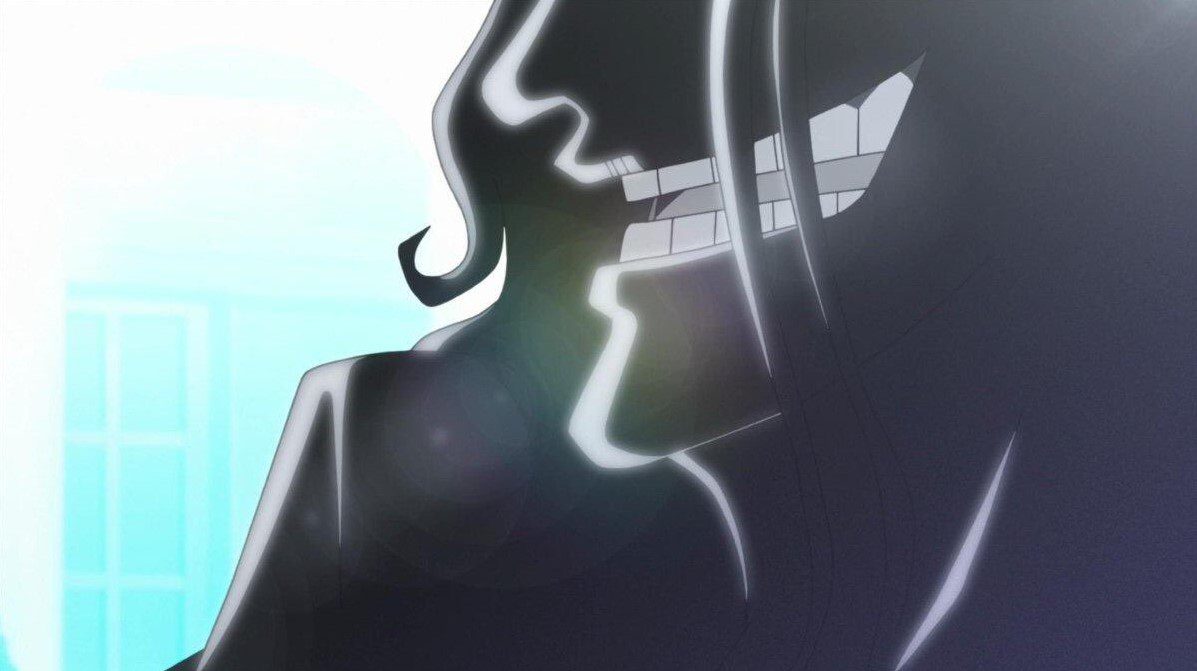 So it seems that this is where Ryokugyu comes in to make things more interesting because we are finally getting a new guy from the Marines who seems to be even more powerful than most of the guys that we have seen so far. But we should also keep in mind of the events that are about to follow now that Big Mom and Kaidou have fallen.

Because a lot of things are likely to happen, as we have also seen from the manga, that new world emperors have been declared. With Big Mom now defeated along with Kaidou, this will likely mean that they will be ripped of their status as the Yonkou, and soon we will see who will be the incoming Yonkous. As for Ryokugyu, let’s hope that this will not be the last of him that we see. Because we are looking forward to knowing more about him and who he really is. What his powers are and how powerful he is because so far, every piece of information revealed about him has been extraordinary.