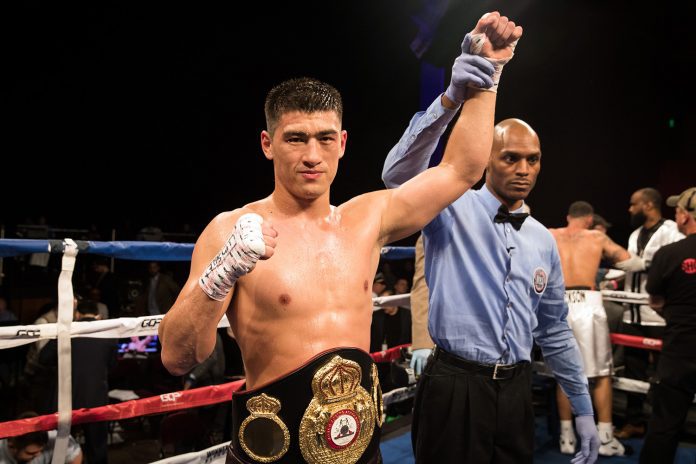 Want to know where is popular boxer Dmitry Bivol from? In what turned out to be a spectacular match in the ring, Dmitri Bivol defeated Canelo Alvarez. With this big win, he got his WBA Super Light Heavyweight Title. Bivol’s technique and style have been widely applauded by an expert as Mike Coppinger explained how Bivol wasn’t simply too big but was too good.

Mike went on to praise Bivol for his precise punching, excellent footwork, and jab while claiming that they were far too much for Alvarez to contend with in his second 175-pound title bid. Coppinger concludes by saying that it was Bivol’s temperament that won the fight. The newest match was a high crowd puller. There have been ongoing rumors of a possible rematch as Bivol himself thinks that his opponent might want one. Let us find out where is Dmitry Bivol from.

Where Is Dmitry Bivol From? Here’s What We Know

Ready for any challenge #boxing pic.twitter.com/xLtq9GYqfS

While looking back in time, Bivol says how Kyrgyzstan may not be a rich country but it has great people and nice people. As the boxer praised his motherhood, he further added that while a substantial part of his life afterward was in Russia but he loves Kyrgyzstan as he loves the culture and it’s different from Russia. However, as a true sportsman, Bivol believes that they all should be proud of where they are from. When asked about politics and more, the boxer explained how he is more focused on the fight.

Bivol had earlier reveals how he fell for boxing in Kyrgyzstan after his interest in combat sports had been sparked by, the movies of iconic action hero, Jackie Chan. Dmitry Bivol has recently opened up about the possibility of a re-match with Canelo Alvarez. While Bivol had an impressive victory, he believes that his opponent might want a rematch as he loves challenges.