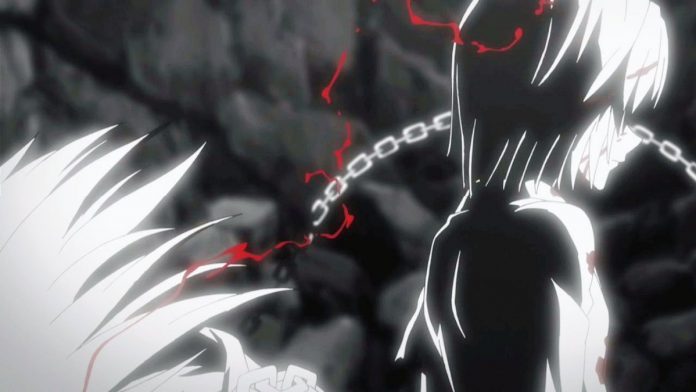 The battle that was Kurapika Vs Uvogin put the spotlight on Kurapika, who had been all but forgotten in the Hunter x Hunter anime series following the Greed Island arc. He challenged Uvogin of the Phantom Troupe and killed him after a long fight. This fight has been labeled as Hunter x Hunter’s best fight ever in the whole series. It has remained in the minds of the fans ever since.

Of course, conquering a member of the Phantom Troupe was no easy task, but Kurapika’s need for vengeance was always the driving force behind his persistence. Chrollo responded by giving a speech to his crew about an enemy with a chain, which led to a search for Kurapika and a series of tense situations.

What Episode Is Kurapika Vs Uvogin?

The Kurapika Vs Uvogin fight happened in episode 47 of the 3rd Season which aired in 2011. The episode is named Condition x And x Condition and it first aired on September 16th, 2012.  Kurapika seeks vengeance for his slain brethren by confronting Uvogin on the outskirts of Yorknew. Uvogin is killed during the battle.

What Happened During Kurapika Vs Uvogin?

Uvogin eventually locates Kurapika, and the two travel to a deserted wasteland, where tensions rise. After removing the leeches from his body, Uvogin inquires about his opponent, sensing that he isn’t a typical Nen user. Before responding, Kurapika inquires if Uvogin and the Phantom Troupe remember the people they’ve killed.

He responds that he can only recall particular people who left an impression on him and that Kurapika now seeks vengeance. Uvogin can’t recall anything about the Kurta Clan, which the troupe murdered five years ago, and their Scarlet eyes, but admits that he was a member of the Troupe five years ago. He hints that killing people makes him feel nothing, prompting Kurapika to label him slime and declare that Uvogin will atone through his death. Uvogin charges up and responds that it is because of individuals like him that he never gets tired of killing.

Kurapika then challenges Uvogin to unleash all of his might. Uvogin responds by punching the ground, creating a smokescreen. He sneaks up on Kurapika and delivers a full-force Big Bang Impact, breaking his left arm totally. After Kurapika compliments him on his In, he uses his own In to capture Uvogin with his chains and recounts how he came to be captured. Kurapika pierces Uvogin’s steel body with a punch. When he’s wrapped in his Chain Jail, he believes he can beat any Troupe member.

Also Read: What Episode Does Goku Fight General Rilldo? Everything You Should Know

Uvogin refuses to answer his questions concerning the Troupe’s location and skills, so he asks Kurapika to kill him instead. Kurapika continues to pummel Uvogin till his senses are thrown into confusion and he wonders why Uvogin is unaffected when killing the innocent. Kurapika snaps as Uvogin repeats the same response.

Where To Watch Hunter x Hunter?

There were 62 episodes in the original 1999 anime. However, the production company did not want to employ filler while waiting for the manga to catch up, so it ended there. Fans were upset, therefore three OVAs were produced, each addressing the succeeding arcs that the original series left off.

The original 1999 anime series is currently unavailable to legally view on any website. The OVAs are also not available to stream. Crunchyroll, Hulu, Netflix, Vudu, Pluto TV, Tubi, and HBO Max all have 148 episodes of the 2011 anime.