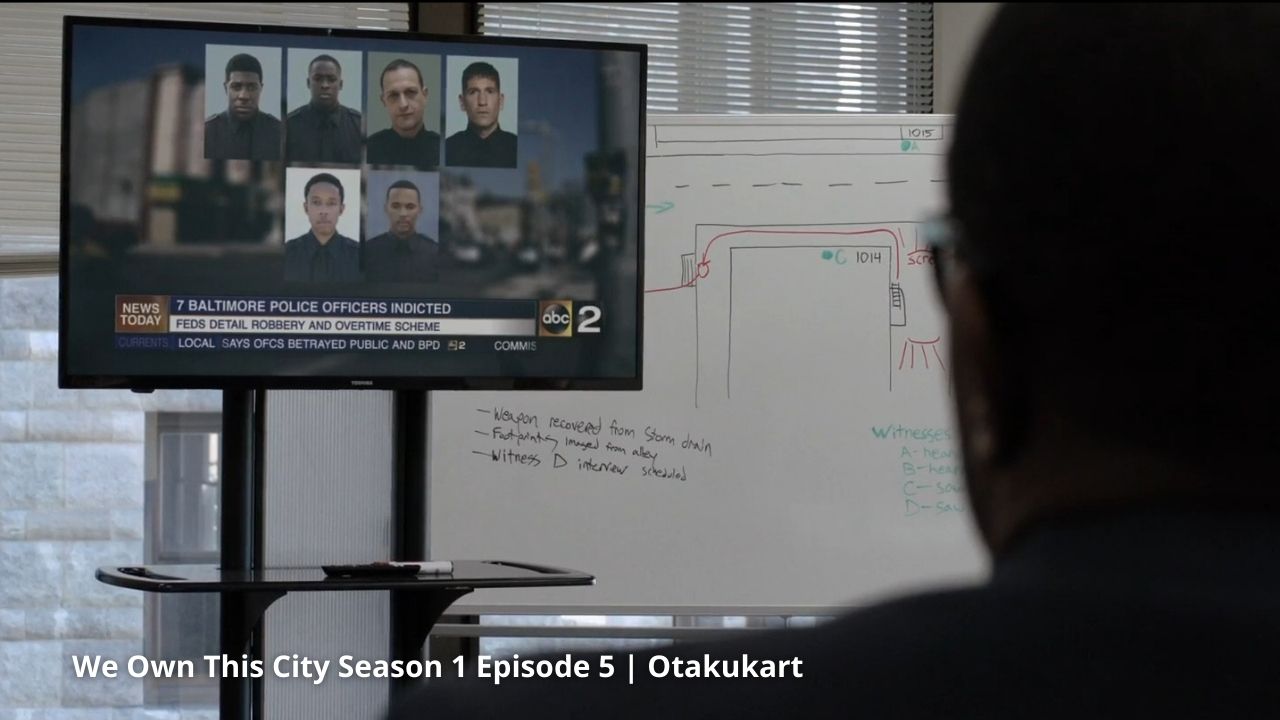 From The Promo Of We Own This City S01E05

We Own This City Season 1 Episode 5 will see the FBI finally making moves to mark the arrests of other officers. Recently on the show, the FBI managed to find evidence and connections against a number of corrupt officers in the Gun Trace Task Force. Maurice Ward came to reveal some big busts of Wayne Jenkins as well. So the coming episode would be really hard for GTTR.

Apart from that, Nicole Steel is looking forward to bringing order amidst the department that has been corrupt for years. Steele’s attempt to take help from the commissioner has failed, and she may have to approach a higher authority. Lastly, Suiter may have to work in a hostile environment as we head towards the fifth episode of We Own This City.

We Own This City Season 1 Episode 5 Release Date & Spoilers

We Own This City Season 1 Episode 5 will release on 23 May 2022. It is titled “Part Five”. The official synopsis of the episode suggests the FBI officers will be preparing to charge the officers of the GTTF.

From The Promo Of We Own This City S01E05

The show will also pick up on Suiter’s homicide case and the growing hostility between him and the people of Baltimore while he tries to solve it. This, in turn, will bring back his dark past as well.

Lastly, Steele and Davis plan to seek help from Baltimore’s New Mayor to bring justice and order to the Baltimore Police Department. They might need to hurry up and meet the Mayor before the new administration takes over.

We Own This City S01E05 Release Time & Streaming Details

Also Read: We Own This City Season 1 Episode 4 Review & Recap: The Rise & Fall Of Wayne Jenkins