Arclight Rumble is set in the universe of Warcraft and targets the followers of Starcraft and Clash Royale. Blizzard Entertainment described the game as joyful chaos. The video game will offer its players several features, for instance, a guide system, cooperative raids, and others. The important thing is that you will be able to play the game in several modes. For example, in single-player campaigns or co-op, you can also play head-to-head in PvP battles. By collecting all the available 65 Minis, you can build your different kinds of armies. Without wasting one more second, let us reveal the release date of Arclight Rumble.

Arclight Rumble is going to get released on iOS as well as on Android by the end of the year 2022. However, the actual release date of Arclight Rumble season 2 has not been revealed. According to the developers, they are going to release the closed beta soon in some specific regions. The date for the closed beta is not officially being released, but it is expected to get released soon.

There will be a total of 65 characters that you are going to see in the game. You will be able to collect these characters as you progress in the game. Not only this, you will also see some small characters with similar faces, and they are named Minis.

The developer has promised to give a new experience and game mode that will challenge the ability of players.

Also Read: PS Plus May 2022 Free Games Countdown: All To Know

It is important to know the devices that can support Arclight Rumble, as not all the devices are going to support this game. If you are an android user and want to play the game on your device, then you should remember that only S7 and above will support the game. But in case if you are an iOS user, then you will need a 6S and higher.

As from the trailer, the cinematic seems interesting and funny as well. According to the developer, Warcraft Arclight Rumble is a fast-paced hero collector and villain collector game. You can expect everything from this game as you expect from any Warcraft game. The storyline of the game goes like this.

Someone found a mysterious machine in the basement of Taverns which was spread all across Azeroth. The machine is marvelous and a work of extraordinary engineering, and guess what it is the machine that is generating Arclight, which in turn creates a battleground. All the small characters of the game, which are named Minis, have their kind of personality, which will make the game cooler and more fun.

One side of the game is based on collecting golds. You can collect gold by finding treasure or by mining. With the help of gold, you will be able to deploy your Minis strategically during the battle. There are a total of five family leaders in the game. These leaders are Alliance, Horde, Beast, Blackrock, and Undead.

The Alliance leaders are the heavy users of spells. Tirion Fordring, Jaina Proudmore, and Maiev Shadowsong are the members of Alliance. Hordes are very fast in earning extra gold and performing stunts. This includes Grommash Hellscream, Cairne Bloodhoof, and Sneed. Beasts include Charlga Razorflank and Hogger. They can disable the defenses of enemies’ weapons. Blackrock leaders will reward you for flying Troops. This includes Rend Blackhand and General Drakkisath. The strongest among all is Undead leaders. This includes Bloodmage Thalnos and Baron Rivendare. 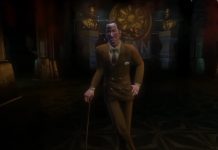