Who is Kaley Cuoco dating? It seems like The Big Bang Theory star Kaley Cuoco is officially off the market! The actress recently confirmed her relationship status with Ozark star Tom Pelphrey. The dating announcement comes just weeks after the actress opened up about having a long term relationship.

The confirmation comes along as Cuoco uploaded a few cute Polaroid snaps of the pair as they can be seen cuddling together during a romantic getaway in the mountains. One of the pictures ends has the Ozark actor, kissing Cuoco on the cheek as she gives out a mushy smile. The post also had a few serene nature pictures and followers also spotted an adorable furry companion.

The Ozark actor also shared the polaroid pictures while penning down a lengthy post that is all about optimism and love. The actor talks about hoping that “someone will come who also cannot save you, but who will think you are worth saving”. It seems like the former As the World Turns star and Daytime Emmy winner is pretty smitten by Cuoco.

Kaley Cuoco recently talked about relationships and admitted that while she would love to have a long-lasting relationship or a partnership, she is never going to get married again and seemed quite confident about the decision as she further added that one put that on the cover. The Flight Attendant star filed for divorce from Karl Cook in September after three years of marriage.

The pair issued a statement stating that despite a deep love and respect for one another, they have realized that their current paths have taken them in opposite directions. The statement further read that while they have both shared so much of their journey publicly so while they would prefer to keep this aspect of their personal life private, the pair wanted to be forthcoming in their truth together. They also made it clear that there is absolutely no anger or animosity.

Also read Kaley Cuoco’s Net Worth: How Much Does The American Actress Make? 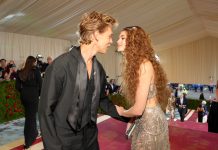 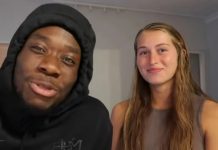 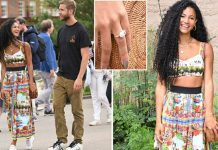