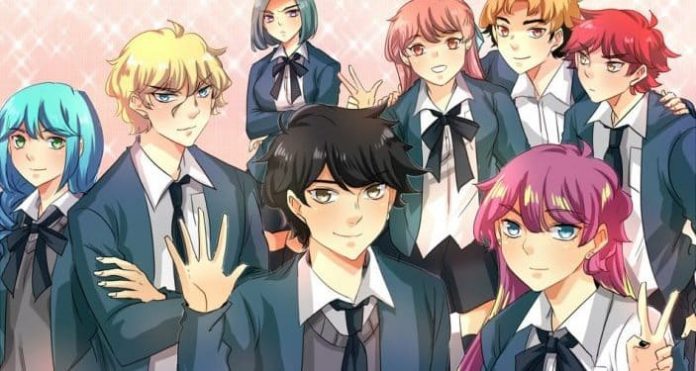 The unOrdinary Chapter 267 is going to be an exciting one with a lot of revelations and drama, we can’t wait to tell you all about it! unOrdinary Chapter 267 will have everyone on the edge of their seat, so if you don’t know about this Webtoon, we are here to tell you all about it. unOrdinary is an original webcomic series on Webtoon, it was created by uru-chan and it updates every Thursday. The plot of the Webtoon series revolves around John, who is not paid much attention. He’s just an ordinary adolescent at a high school where the social elite has unimaginable talents and abilities.

However, John has a dark past that threatens to topple the school’s entire social structure — and much more. It won’t be easy for him to fulfill his destiny, though, because there are conflicts, foes, and deadly schemes lurking around every corner.

After a year of homeschooling, John transferred. He conceals his true identity because he was a tyrannical and abusive ruler at his prior school before being banished and sent to a correctional institution. However, at his new school, he pretends to be a cripple, and no one knows he has special abilities, causing him to be ridiculed. Seraphina, a high tier who keeps him happy, is his best buddy. In the last several chapters, John dons a mask and adopts the moniker “The Joker.” He begins his reign as king of Wellston by battling all of the royals in an attempt to overthrow the kingdom.

At the beginning of the chapter, John is confronting Terrence and holds him by the collar. He questions the brunette harshly about what his motives are to which Terrence replies that he has no idea what John is talking about. The rest of John’s classmates are urging him to let go of Terrence. John realizes that no one has any idea except him, so he switches up to not looking like a complete fool and asks Isen to keep an eye on Terrence and make sure he doesn’t go anywhere.

John is then shown asking Blake to come with him as he wants to speak with him in private. Meanwhile, Isen is wondering why John singled out Terrence out of everyone and if he knows about Terrence’s connections. So, Isen urges Blyke to go speak with John. While that is happening with John and the others in Rowden Hill, in Downtown Rowden, we see Arlo taking Remi somewhere and asking her to stay close to him to which she questions as to why and what’s going on. Arlo tells hers that the same people who were behind Seraphina’s ability loss are coming after Remi now and that Blyke is also a likely target by this organization.

Arlo confesses that he, Seraphina, and John were keeping an eye on Remi and Blyke, however, the organization must have caught up with that plan and split them up. He also tells her how Blyke now has no way to contact anyone and that the secret organization is probably planning an ambush in the mountains who got Seraphina as well when she was isolated. Remi is obviously confused and questions Arlo about how he knows about the organization and how they get involved, to which he replies that it is a long story, which Remis obviously not buying right now. So Arlo grabs onto her and says that there is not much time so he’ll explain everything on the way.

In the next few panels, we see Seraphina hitting Agent Rowden and two other people with her car, they are injured as Seraphina stands over them and exclaims that if anything happens to anyone in the mountains right now, there will be hell to pay. As she is leaving she gets a call from Arlo who informs her that Remi and he are on their way to the mountain, Seraphina replies that she will meet them there. The next few panels show the conversation between Blyke and John.

John tells him that Terrence might be a spy at Wellston for a company called Spectre and that they spilt up because of them in the first place and that they planned for the students to be up there on the hill with no connection. Blyke questions John for proof to which John replies that it’s a hunch, so obviously Blyke doesn’t want to hear any of it anymore.

John exclaims that he also doesn’t want to be here, however, he wants to stop Spectre from getting to anyone and he wants to do this for Seraphina, hence he is here. Later at 10.33 AM, Blyke and John get back to the group and Blyke says there’s a change of plan and that everyone will start heading down early, the others. As all of them start heading down, suddenly a flash of beam appears for a split second, which was felt by everyone. John exclaims for someone to grab Terrence but by the time they realize, Terrence is gone.

The official release of the chapter will be on 2nd June, however with the fast pass that is an available service on Webtoon, you can read the chapter now by getting 5 coins.