Considering how talented the fourth generation K-pop groups are, it's not a surprise that they have been ruling music show awards these days. Let's find out who tops the list! 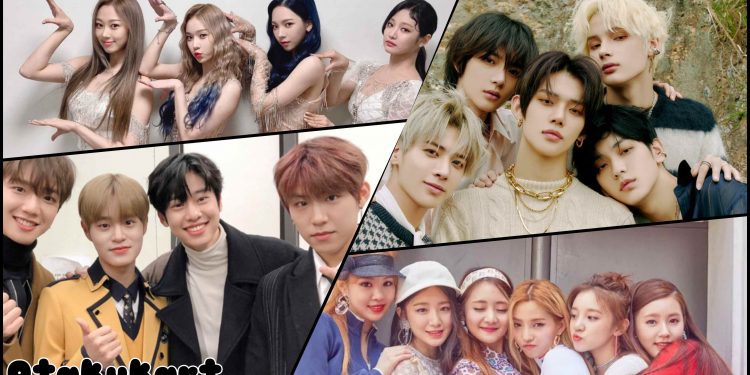 With the immense rise in popularity of K-pop music in the last few years because of the ‘Hallyu Wave’ across the globe, there has been a prominent rise in the number of new flourishing K-Pop groups. Although some of the Korean bands from the 2000s are still a huge thing in the domestic and international market, the recent fourth-generation K-pop groups have been getting the most amount of attention. Not to mention how they have been recently dominating the music show awards as well, leaving behind some of the most popular K-pop idols! Here are the top ten fourth-generation K-pop groups who have won the most number of music show awards since their debut.

Not only are they talented because of dedicated training from a younger age, but they also have music content unique from their competitors as well as older K-pop groups. Surprisingly, it hasn’t been long since some of these fourth-gen K-pop groups have debuted.

The group, IVE, formed by Starship Entertainment, has made its debut in December 2021 with its first single, ‘Eleven’. In just a month of their debut, the group is already a recipient of five music show awards. They have been awarded for the single on platforms — Show Champion, Show! Music Core, The Show, Music Bank, and Inkigayo.

Formed by KQ Entertainment, Ateez made its debut in October 2018 with its first extended play titled ‘Treasure EP.1: All to Zero’. Known as the ‘Fourth-generation Leaders’ and the ‘Global Performance Idols’ in Korea, Ateez has been gaining steady popularity ever since they debuted. To date, they have won six music show awards, including:

Enhypen shares the ninth spot on the list with Ateez with six awards in total as well! Despite debuting just a year before, which is in November 2020, Enhypen has proven that they deserve to be called one of the most dynamic K-pop boy groups of the fourth generation. Formed by a joint venture of CJ ENM with Hybe Corporation through the 2020 K-pop survival program, ‘I-Land,’ the group consists of seven members in total, Jungwon, Heeseung, Sunoo, Jay, Jake, Sunghoon, and Ni-ki. Here are the awards that they won:

Formed by Brand New Music, AB6IX is another rising fourth-generation K-pop group that debuted in May 2019 with the extended play titled ‘B:Complete’. While the group initially consisted of five members— Jeon Woong, Park Woo-jin, Kim Dong-hyun, Lim Young-min, and Lee Dae-hwi, leader Young-min left the group after a year on their official debut. AB6IX has won a total of seven music show awards other than several other complementary ones. This include:

This fourth-generation girl group is indeed ruling the charts ever since its debut in November 2020, which is hardly more than a year. Formed under SM Entertainment, the band is already a recipient of nine music show awards which is an impressive milestone for a rookie K-pop group! Consisting of four pretty girls— Karina, Winter, Giselle, and Ningning, Aespa members make use of an unusual storyline in their music videos which have avatars as the alter-egos of their own selves. Here are the songs for which they have been awarded!

Created through the Mnet’s survival reality program titled Produce X 10, X1 is an eleven-member K-pop boy group that debuted in August 2019 under the agency Swing Entertainment. Their first music video, ‘Flash,’ made the record of being the fastest K-pop boy band debut MV to reach 100 million views on the global platform, YouTube. Despite taking off with a rocking start, X1 was forced to disband in early 2020 owing to an investigation of vote manipulation. Despite their short lifespan, this fourth-generation K-pop group managed to win a total of eleven music show awards on platforms like The Show, Music Bank, Show Champion, M Countdown, and Inkigayo for the lead single, ‘Flash’ of their debut EP, ‘Emergency: Quantum Leap’.

With eleven music show award wins, Stray Kids has occupied the sixth place on the list too! Formed by JYP Entertainment in 2017 through the reality survival show ‘Stray Kids,’ the group is cemented as one of the most popular fourth-generation K-pop boy groups. After the group made its debut in March 2018, they have released a total of two full-length studio albums, one reissue, three compilation albums, one single album, and eight extended plays. Originally, it was a nine-piece group before one of the men left the band for unknown reasons. Here are the total number of music show awards it has won.

The first boy group to debut under BTS’ label, Big Hit Entertainment, after six years is Tomorrow X Together, aka TXT. They entered the entertainment industry in 2019 with the EP ‘The Dream Chapter: Star’, which went on to become the highest-charting debut album at that time by any K-pop boy group. Composed of five members in all— Soobin, Yeonjun, Taehyun, Beomgyu, and HueningKai, the group is well-known for producing music that relatively appeals to people of all ages. They have been recipient to:

With an impressive number of fifteen music show award wins, ‘THE BOYZ’ has taken up the fourth spot on the list. They made their debut in December 2017 as a twelve-piece band. However, one of the members, Hwall, had to leave the group midway for health-related issues. Despite debuting under a small company, The Boyz has successfully managed to garner an impressive fanbase in South Korea. Here are the total number of music show wins:

IZ*ONE is the girl group formed on Mnet’s reality survival show, ‘Produce 48′, which received immediate commercial success as soon as they debuted in October 2018. No doubt it is quite reputed in South Korea, but they are twice more popular in Japan, considering three out of twelve members have Japan as their homeland. Unfortunately, the group ended up disbanding in 2022 upon the expiration of the members’ contracts. However, during their active reign, IZ*ONE has produced two studio albums and seven extended plays, both in Korean and Japanese language. Moreover, they have been recipients of 25 music show awards which include:

This girl group is considered one of the most blooming K-pop acts that haven’t been formed under the three major record labels. Given the title of ‘Monster Rookies’ in the very first year of their debut, (G)I-DLE is a girl group known for creating their own music, unlike most of the fourth-generation South Korean groups. Since their debut in 2018, the group has given us six extended plays as well as eight singles and has won a total of 28 music show award wins. Here are the songs for which they have been awarded:

Well deserved, isn’t it! The girl group ITZY has earned 39 music show award wins to date, proving that they are one of the most powerful and popular fourth-generation K-pop groups currently. Moreover, it is the only fourth-generation band to have a bestselling album in the U.S joining Blackpink and Twice. They have been awarded: