Spice and Wolf, or Ookami to Koushinryou, is a fantasy adventure manga by Isuna Hasekura. Spice and Wolf began serialization in 2006 and soon received an anime adaptation. This story is quite a unique one because while it does contain fantastical elements, it puts a huge focus on trade and economics. However, at the core is a story about ambition and love. The series follows a 25-year-old merchant named Kraft Lawrence, who travels from town to town to sell his wares. He has a goal of starting his own job and has been traveling for seven years to gain experience. But one day, he comes across a 600-year-old wolf deity named Holo. Despite her age, Holo has the form of a 15-year-old girl, but with a wolf’s ears and tail.

Holo was the town’s goddess of harvest and had blessed the people with good wheat harvests for many years. But people started moving away to increase their harvest and left Holo feeling isolated. She accompanies Lawrence to gain wisdom about the new world, and a beautiful adventure begins. Now, if you would like to check out anime that are similar to Spice and Wolf, here are ten of the best recommendations.

Katangatari, or Sword Tale, is a light novel series written by Nisio Isin. It tells the story of Yasuri Shichika, a swordsman without a sword, and Togame, a strategist who wants to collect 12 legendary swords for the shogunate. Togame hears about Shichika’s bare-handed fighting and decides to take him along on her journey to locate the Deviant Blades. She was betrayed in the past and now wants someone who will not get corrupted by swords as her companion. Together, they set out across Edo-era Japan to defeat deadly opponents and collect the blades. 2. Wotakoi: Love is Hard for Otaku

This is a beautiful romantic slice-of-life series written and illustrated by Fujita. The story follows a closeted fujoshi (women who enjoy fictional gay content) named Narumi Momose. Due to certain incidents at her last workplace, Narumi joins a new office where she runs into her childhood friend Hirotaka Nifuji. Hirotaka is a hardcore gamer otaku, and unlike Narumi, he doesn’t hide that side of him. The two soon realize that they are perfect for each other, but can two otakus really date normally? The series consists of one season and three OVAs. Boarding School Juliet, or Kishuku Gakkou no Juliet, is a unique and funny school romance series by Yousuke Kaneda. The story takes place at Dahlia Academy Boarding School, where students from two rivaling countries go to study. They are divided into two factions named “Black Dogs” and “White Cats” and always fight each other. And no, this is no ordinary rivalry. They actually fight with weapons and fists. The protagonist is Romio Inuzuka, the 1st year leader of the Black Dogs. Romeo had a secret love for Juliet Persia, the 1st year leader of the White Cats. He resolves to confess, and Juliet accepts, impressed by his determination. But now they have to keep their romance a secret as all hell will break loose if their two groups find out.

Shinigami Botchan to Kuro Maid is something you can enjoy. The series comes from Koharu Inoue and began in 2017. As of 2021, there are 14 volumes. The story revolves around a young noble, simply known as “Botchan” or “Duke,” who got cursed by a witch as a child. If he was to touch any living thing, it would die. Due to that, his mother disowns him, and the young boy has to live separately with his butler Rob and maid Alice. Alice is his childhood friend, and despite the curse, is totally infatuated with him. The first season came out in 2021, with the second one in development. Otherwise knowns as Kamisama Hajimemashita, Kamisama Kiss is a manga series written and illustrated by Julietta Suzuki. It follows a high school girl named Nanami Momozono, whose gambler father accumulated a lot of debts in her name. Due to this, she got kicked out of her home. While sitting on a park bench to decide her next set of actions, she sees a man hanging onto a tree with a barking dog below. She shoos the dog away, and the man, whose name is Mikage, lets her live in his home as a show of gratitude. But she soon finds out that Mikage lives in a shrine with its keepers and his familiar Tomoe. Tomoe is a yokai or Japanese spirit. And as they live together, the two find themselves falling in love with each other.

6. Crest of the Stars

Crest of Stars or Seikai no Monshou is a sci-fi space series by Hiroyuki Morioka. It tells the story of how a boy named Jinto meets a princess named Lafiel. Jinto’s father was the president of the Hyde Star System until it got invaded by the Abh Empire. The boy is sent off to a school on another planet to learn the ways of Abh nobility. That is where he meets the young Abh princess Lafiel. At this time, the Abh Empire finds itself in a war against the Four Nations Alliance of Humankind, and the youngsters have no choice but to prepare for war. Crest of the Stars

Maoyu: Mao Yusha is a light novel series by Mamare Touno that tells the story of a war between humans and demons. The champion of humans, known simply as Yusha (hero) invades the Demon King’s castle for a fight to the end. Instead, he discovers that the leader of demons is, in fact, a Demon Queen, and she proposes an alliance. She explains that ending the war suddenly will only bring further chaos since humans have chances of fighting among themselves. The Hero is convinced by her logic, and together, they set out to execute their plan to bring about peace and prosperity for both races. Written by Mamare Touno, Log Horizon is a story about thirty thousand gamers who play a hit MMORPG named Elder Tale who get transported into the game. The gamers find themselves wearing their in-game avatar’s costumes and having no idea about how to get out. The protagonist is a socially awkward but smart gamer named Shiroe. Shiroe got trapped along with his friends Naotsugu and Akatsuki, and they decided to team up to face this new reality. The series’ huge success has ensured three anime seasons, with the light novel still ongoing. 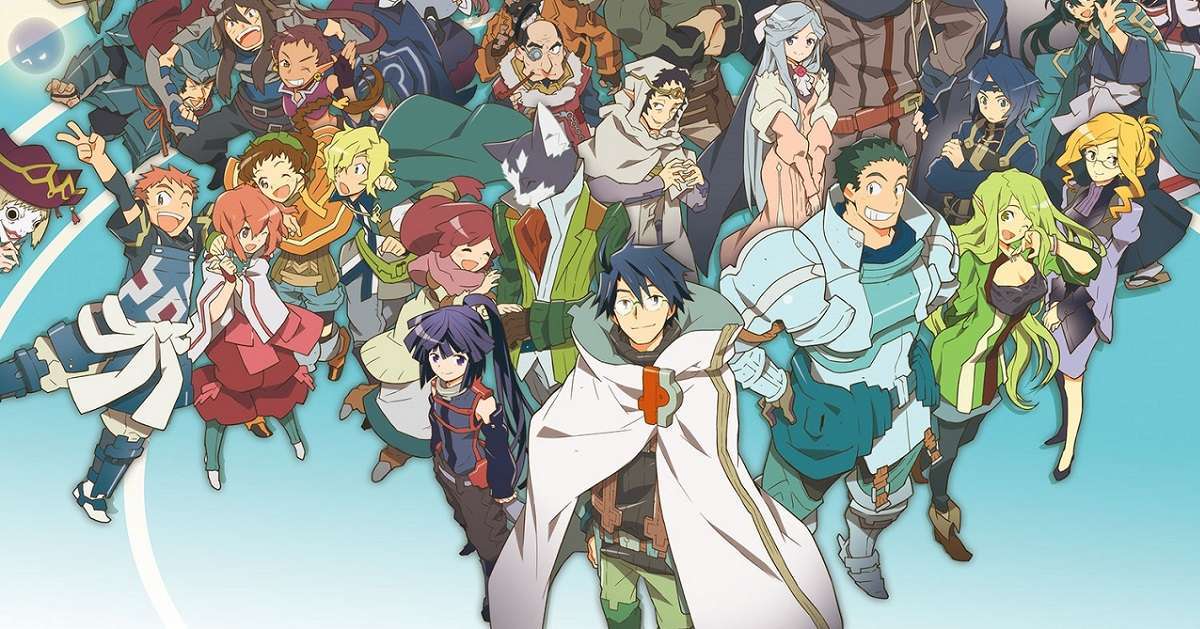 Durarara!!, simply known as DRRR!! is a hit series from Ryohgo Narita. The story is about a mysterious courier boy who works for the underworld in Ikebukuro for an equally anonymous internet gang named Dollars. It begins with a young boy named Mikado Ryugamine moving to Ikebukuro to attend Raira Academy. He is accompanied by his childhood friend Masaomi Kida, who he has not seen for a long time. There, they come across the underworld and the mysterious Dollars organization. Later, they come to know about the mysterious courier, often called a dullahan or “headless knight.” The story is told from different perspectives, with the characters as well as the narrator weighing in with their opinions. It is a must-watch for fans of the crime thriller genre. The Earl and the Fairy, or Hakushaku to Yosei, is a romantic series written by Mizue Tani. It is set in Victorian Britain and centers around 17-year-old Lydia Carlton. Lydia is popularly known as the “Fairy Doctor” as she has the rare ability to see fairies. It was a power passed down from her mother. She also wanted to become a fairy doctor as her dream is to always be there to assist both humans and fairies. One day she meets Edgar Ashenbert, a disgraced Earl who was blamed for crimes he did not commit. Edgar asks Lydia to accompany him on a voyage to find the famed Sword of Merrow so that he can restore his name. In the time he spends with Lydia, he slowly starts falling in love with her.