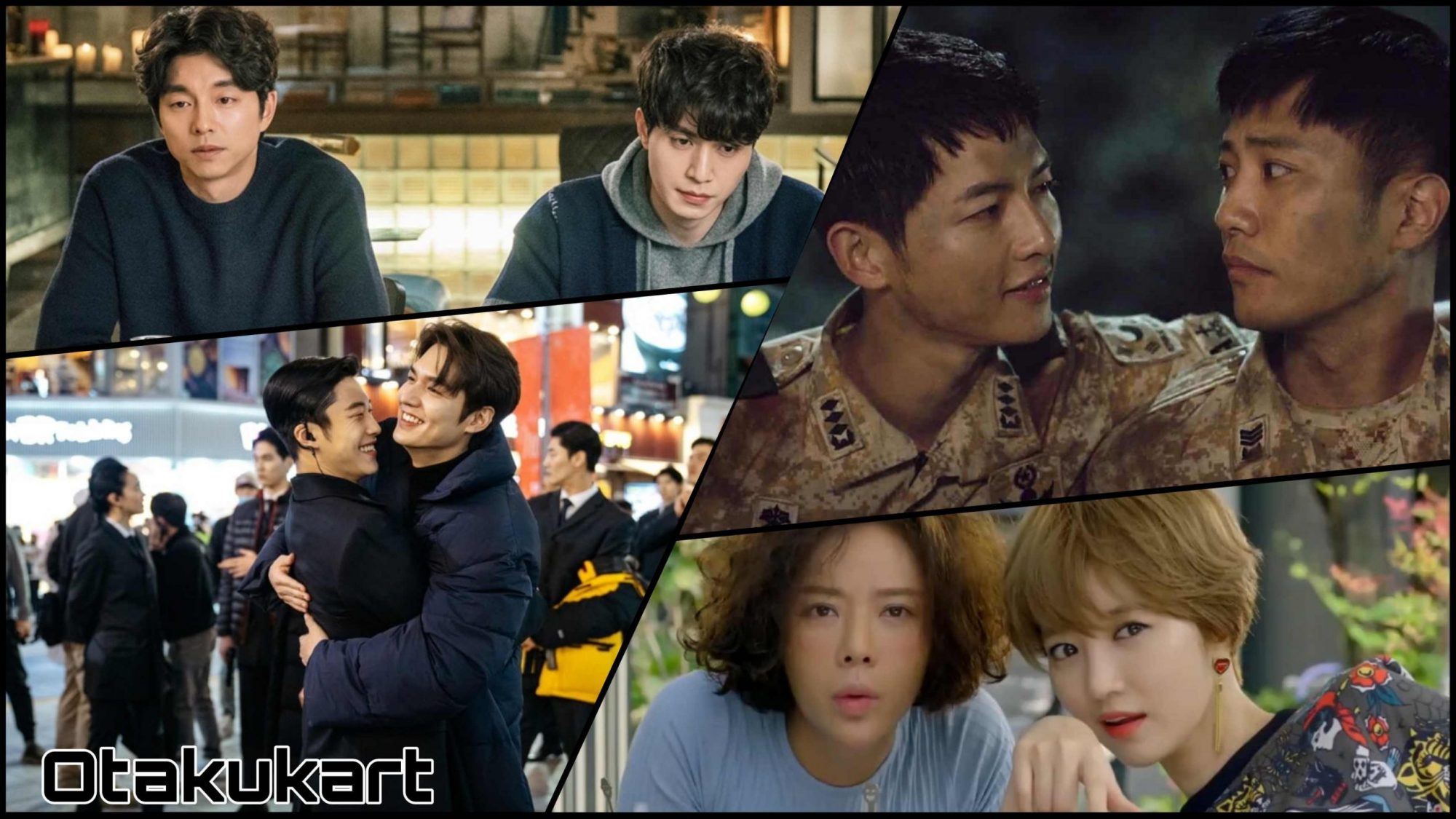 Lucky are those people who get to experience a love relationship similar to that of our favorite K-drama couples with lots of back-hugs and piggyback rides. However, the ones who are blessed with a best friend or a group of friends like we find in K-dramas are even luckier! Watching two best friends making sacrifices for each other and trying to make each other’s lives better are some of the purest forms of pleasure that a K-drama fan has. No matter what genre of series we watch, it will definitely feel empty without a strong friendship arc. K-dramas with the best friendship storylines end up making it a lot more enjoyable, bringing extra joy to the viewers!

We start watching a K-drama because of the actors, the characters they play, and the story but end up swooning over the bromance or sismance in it. Here are the top seven K-dramas that have done a great job in capturing a strong friendship bond and bottling the feelings up!

7. She was Pretty: Kim Hye Jin and Min Hari

While most of the K-dramas are famous for having epic bromance, She was Pretty stands out with one of the best friendships between the main and the second female leads. Kim Hye Jin and Min Hari have been friends since childhood when Hye Jin used to be beautiful and rich. Even after fifteen years, now that she has lost both her good looks and fortune, Hari’s friendship with Hye Jin has remained constant. Despite leading a carefree life with a job that she likes and plenty of men to woo her, when it comes to Hye Jin, Hari is extremely loyal and trustworthy. 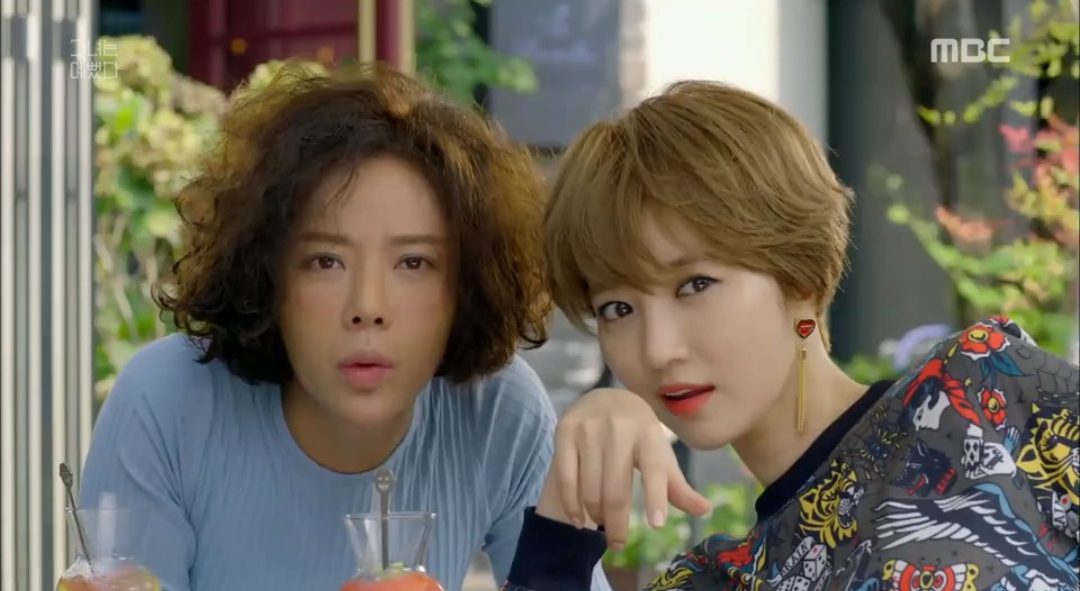 Hye Jin trusts her best friend so much that she sends her in her place to meet her childhood crush, analyzing that he might be disappointed to see the disastrous change in her. Even when they end up loving the same person, while Min Hari struggles to let go of her feelings, Hye Jin remains patient for Hari to accept her mistake on her own. Well, at least the second female lead is likable in this drama, unlike the others where she deliberately tries to separate the lead couples!

All of us fell for the adorable chemistry between the main leads— Kim Bok Joo and Jung Joon Hyung. However, the ‘SWAG’ trio gorging on a huge pile of fried chicken while gossiping about the latest dramas in their lives hits different! These three are different from each other as far as their life interests and personalities are concerned but would run to each other when any one of them is in need! They let themselves loosely around each other and be comfortable irrespective of what they need— singing out of tune at karaoke or a good cry at their rooftop hideout. 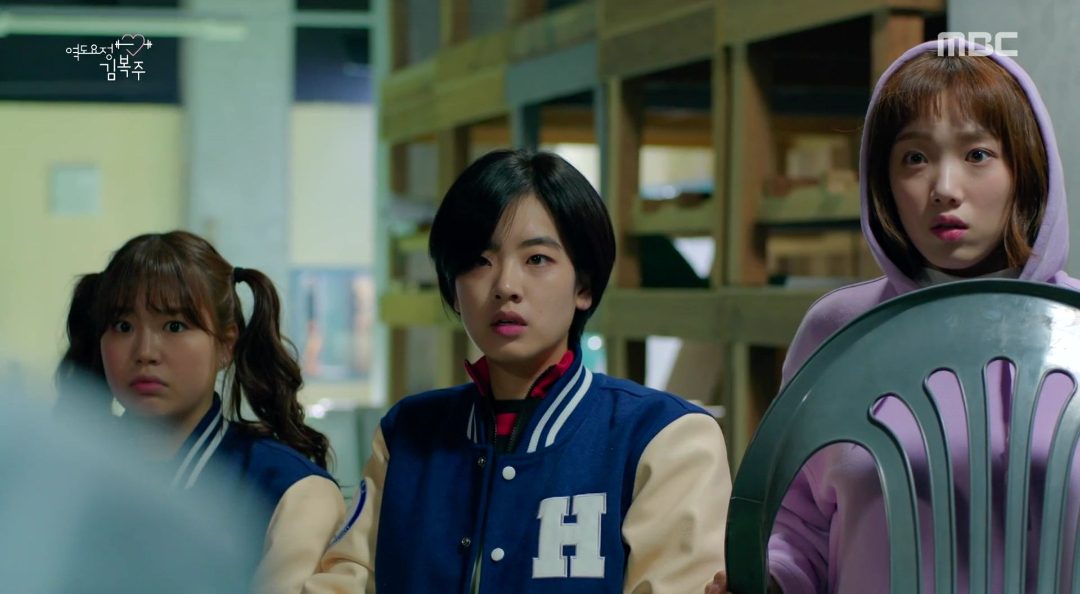 When Kim Bok Joo develops a crush for the first time, she uses the iconic pickup line, “Do you like Messi” on him, after she learns it from Nan Hee. Now that’s meme material! When Jung Nan Hee and Lee Sun Ok comes to know that Bok Joo had been hiding things from them, they get dramatic, yell at her and ignore her. However, when all of this is over, they prove how real friends should be.

The show revolves around a hot-headed chef, Seo Poong, who, after falling to the lowest point of his life, starts working at a Chinese noodle restaurant owned by Doo Chil Seong. The love story between the main leads was definitely great, but what out-shined the romance story arc was the relationship between the two friends developed during such a short time. Chil Seong and Seo Poong together build a strong foundation of friendship, cemented with devotion, support, and understanding. 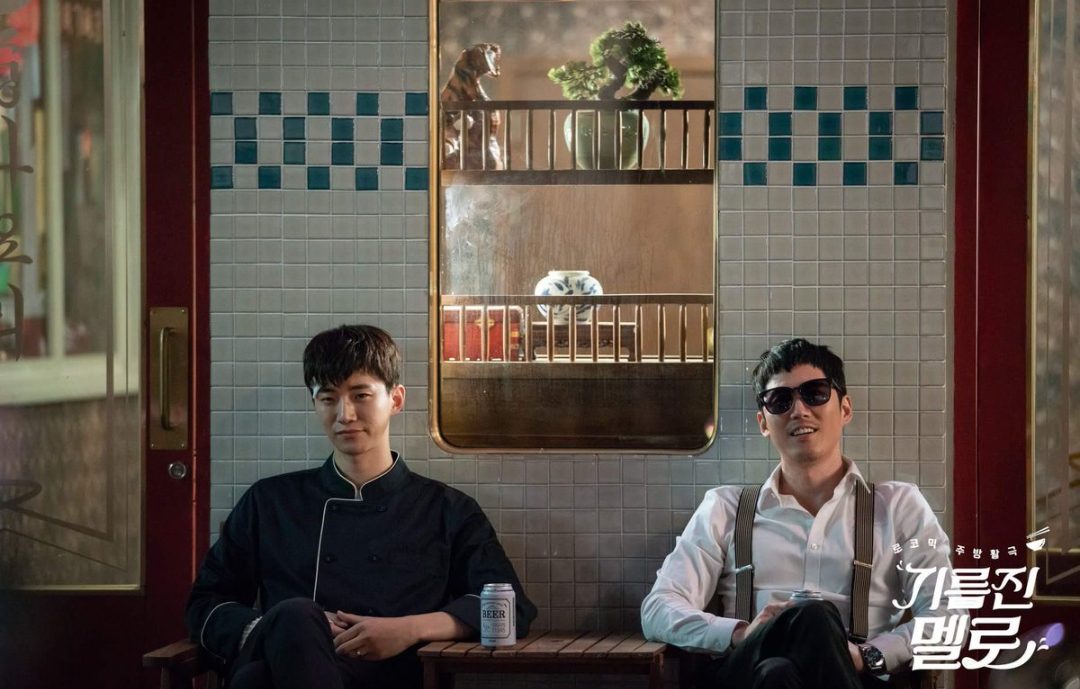 Chil Seong even gives him the opportunity he needs to fulfill his dreams like his family. Even when they end up falling in love with the same girl, they try to avoid hurting each other’s feelings and remain loyal to each other despite the messy love triangle.

Captain Yoo Shi Jin and sergeant Seo Dae Yeong are comrades-in-arms no matter what! They meet unexpectedly and end up being the most trustworthy and reliable best friends to each other. While both of them are ace in their job of protecting their country and putting it before anyone else, their personalities are different from each other. While Seo Dae Yeong looks like a tough man giving off the vibes of a professional soldier, Shi Jin has a warmer personality who is both playful and loves to tease Dae Yeong. So every time this combination comes on the screen, the scene ends up becoming lively and fun to watch! 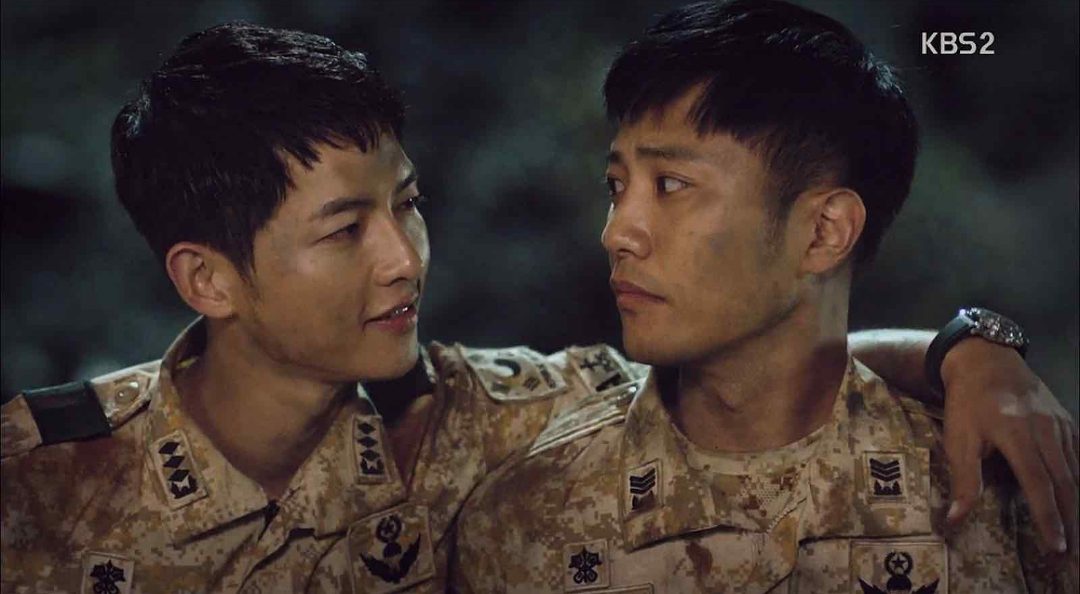 From drinking all day and all night for three days straight, going out on double dates with their soft dolls, and drunk-crying after breakups, the best bro-moments between Big Boss and Wolf light up the whole drama. Despite their close relationship, Seo Dae Yeong respects every decision made by Shi Jin as the captain of the Alpha team.

When we talk about the Reply series, we know we aren’t just talking about the love storyline. It is a slice-of-life K-drama series that makes us nostalgic and lets us experience some of the best friendship dynamics, especially in the latest one, ‘Reply 1988’. Sung Duk Sun, Kim Jung Hwan, and Choi Taek have been best friends all their lives and have grown up together. Eventually, they end up in a love triangle, but the friendship between the two boys, Kim Jung Hwan and Choi Taek, doesn’t disappoint us even then. 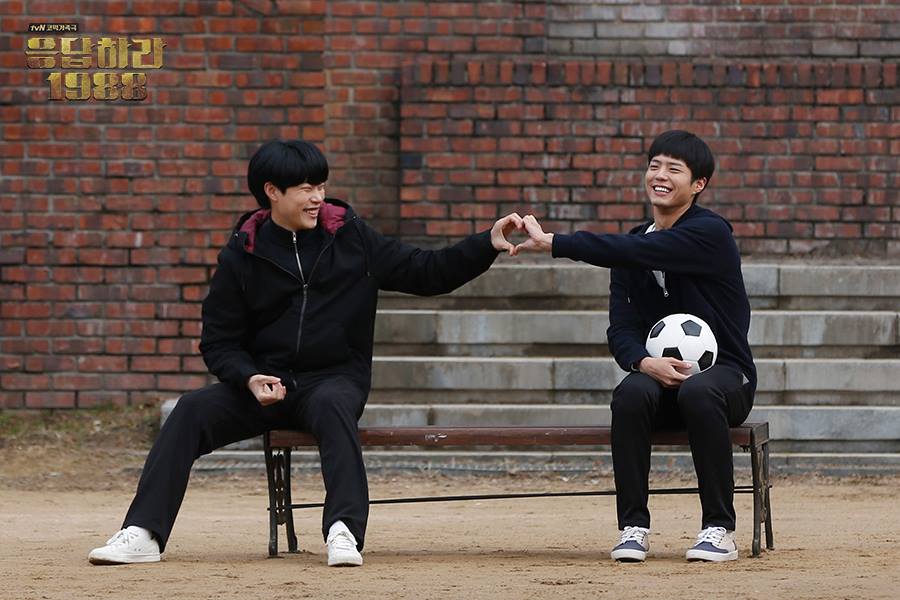 Moreover, Jung Hwan ends up giving up on his first love when he comes to know about Choi Taek’s feelings for her. While Jung Hwan takes care of Taek as if he is his older brother, the latter has a deep sense of love and respect for him, which never changes.

No friendship dynamic in the K-drama world can be better than the friendship between the Goblin and Grim Reaper! From being frenemies who refused to live under the same roof to being drinking buddies and the only person on whom they can rely when the situation gets hard, their friendship is indeed beautiful. No wonder some people have loved the show more for their bromance than the romance storyline between the main couple. The 939-year-old Goblin has been looking for his human bride all his life for she would pull out the sword from his chest and release him from the curse of immortality.

Despite having a history of betrayal, which ended up giving them such a harsh punishment of being immortals, the two resolve their differences with time. Although Grim Reaper is aware of the troubles he would face if he fails to do his job of soul-seeking properly, he decides to protect Eun Tak, Goblin’s bride, for the sake of him. Their unending goofy bickering, random combats with magic, and their urge to butt in on each other’s business only end up making their friendship stronger.

At this point, Kim Go Eun must officially be considered as the international third wheel of bromance! Almost every K-drama she stars in has a better friendship storyline of the romance between the leads. At first, it was ‘Guardian: The Lonely and Great God’ and then this! While Lee Gon is the royal blood, the king of the Kingdom of Korea, Jo Young is his only childhood friend, the royal bodyguard who has been with him like a shadow all these years. Lee Gon never stops making trouble for him, and Jo Young never stops cleaning the mess made by it. He doesn’t do it because it is his duty but because of how much brotherly love he has for him. 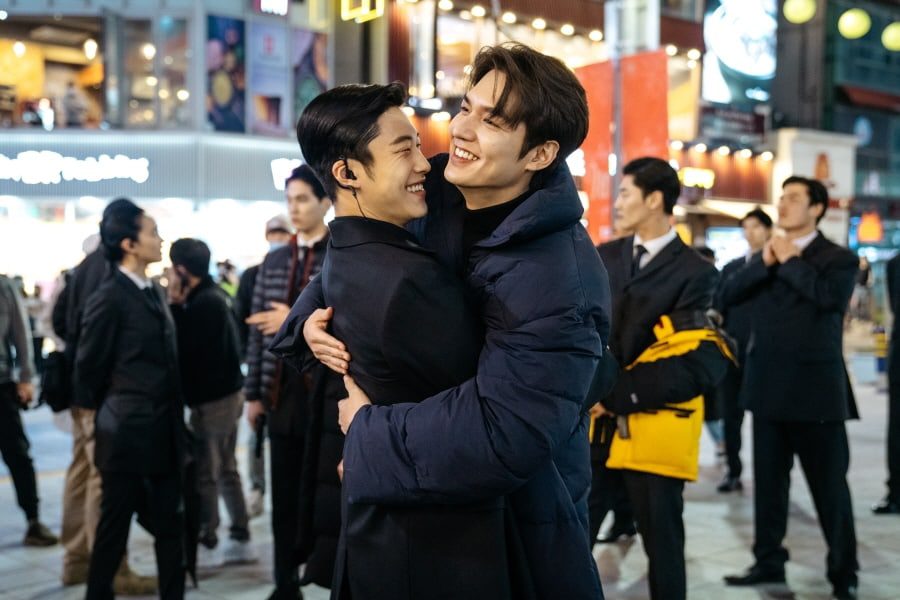 Jo Young is his ‘Unbreakable Sword’ who thinks about Lee Gon before himself, travels to the parallel world with him despite knowing the risks involved, and stays with him even during the toughest situations. Lee Gon becomes good friends even with Jo Young’s doppelganger, Jo Eun Sup, who ends up taking a gunshot for him later in the drama, without any second thoughts. We are totally convinced now that there’s no truth in the statement— there are no two pretty best friends!