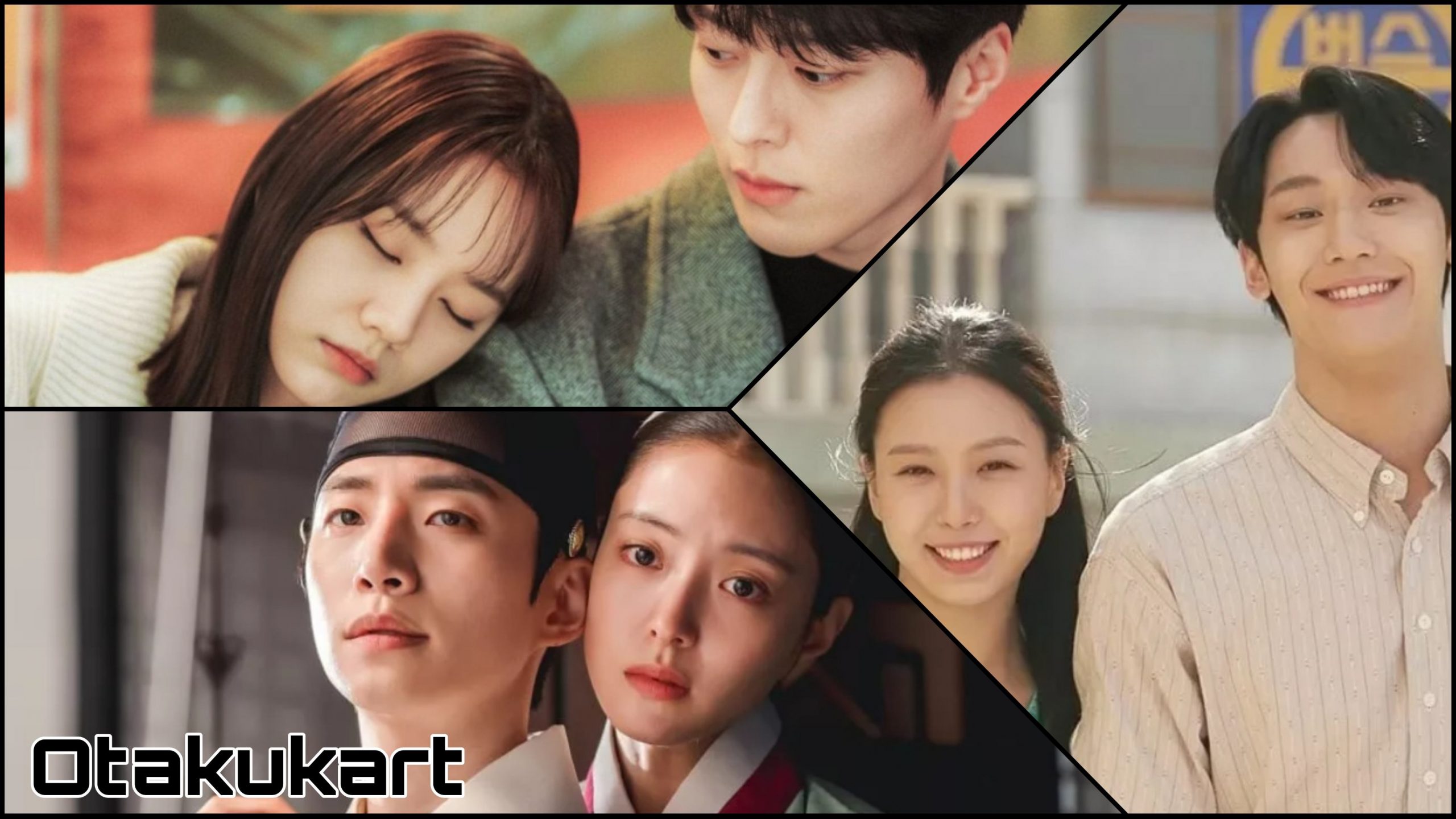 The majority of us have begun watching K-dramas because of that one time we had stumbled upon a cute and heart-fluttering scene on social media and got curious to know more about it unless you belong to that category of people whose first K-drama is Squid Game (no offence though). No matter what the genre of the series is, a K-drama without romance seems illegal. Over years of watching Korean series and movies, we have lost count of the ones which have let us experience an amazing romance ride and have given us some of our favourite K-drama couples. Last year, in 2021, we came across a handful of Korean couples who made us feel single in a variety of ways even if we have a significant other in our lives. Either way, it ended up becoming the best K-drama couples of 2021.

If you wanna know who are our top seven picks for the list of the most-loved K-drama couples of 2021 that gave us unrealistic couple goals, here you go! Starting from the clingy couple to the mature couple, power couple to tragic couple, we have everything you might ask for.

There’s no way we can say that Han Seo-jun wouldn’t have made a wonderful couple with Lim Ju Gyeong. To this day, their chemistry is a great show to the eyes but the series’ OTP, Lim Ju Gyeong and Lee Su Ho are adorable in a way we cannot express. Fed up with the bullying she had been facing in her old high school, she decides to master her makeup skills and enter her new high school looking like a goddess. Despite trying hard to hide her secret, Suho ends up discovering it but promises to keep it safe, thus marking the beginning of their friendship.

The scenes where Suho becomes possessive of her, feels insecure and daydreams about Seo-jun stealing her away from him is probably the most hilarious part of the drama. The cold and distant guy who didn’t even like to talk to Ju Gyeong at first, ends up doing cute little things to cheer her up. Couple goals indeed!

The Red Sleeve narrates the love story of Crown Prince Yi San and his court lady, Sung Deok Im in the Joseon period. While Yi San wants to be a revolutionary ruler, Deok Im is a strong-willed and free-spirited woman who lives her life independently. However, when he falls in love with her, he tries to pursue her to become his royal concubine. Although she values her freedom, she eventually agrees to form a union with him in order to help her troubled realm but eventually accepts his love for her.

As for the romance, it has a great chemistry buildup as a result of mutual understanding and unsaid emotions. Although the two haven’t been together in the series as a couple for the major part of the story, they still managed to suffice our hearts ending up as one of the best K-drama couples of 2021.

If we are being completely honest, the show doesn’t involve romance in general. It is a dark law thriller featuring the titular character as consigliere and a corrupt lawyer Hong Cha Young who decides to work together to fulfil their needs. While Vincenzo wants to retrieve tons of gold hidden in the basement of a building, Cha Young wants to seek revenge for her father’s murder.

Portrayed by Song Joong-ki and Jeon Yeo Been, Vincenzo and Cha Young are definitely not our typical K-drama couple who are just and fair. Instead, they have an alluring charm that exudes their chemistry even while they deal with the antagonists. In better words, they give off the married couple vibes who are long past using sugar-coated words to impress each other but showcase that they care with their actions. Our anti-hero, who has a way to shut up even the most powerful people, cannot outsmart Cha Young and her craziness!

We wonder if it was not for the incredible acting performances of Kim Seon ho and Shin Min Ah as Hong Du Shik and Yoon Hye Jin respectively, would the drama have been so beautiful. They ended up being one of our favourite on-screen couples of the year. The story revolves around a dentist who decides to open a clinic by the seaside of Gongjin village and encounters a multi-talented man who has willingly decided to live an ordinary life. Although Yoon Hye Jin and Hong Du Shik took some time before they began to rely on each other completely, the affection hidden behind their constant bickering was transparent all along.

Not to mention how Hye Jin turned into a whole different person after they started dating! From acting mature and class-biased to being clingy and sweet enough to give you diabetes, Hye Jin’s character development is something you can look forward to watching. Of course, Du Shik didn’t fail to make us have unrealistic expectations from our boyfriends either!

Rom-com fantasy dramas involving Gumihos or nine-tailed foxes aren’t new in the K-drama world but ‘My Roommate is a Gumiho’ has been prepared with all the ingredients in the right amounts needed to be a worth-watching show. However, the chemistry between the leads despite the age gap, is something worth discussing, making them one of the best K-drama couples of 2021! When a cheerful university student, Lee Dam mistakenly ends up swallowing Shin Woo Yeo’s Gumiho marble, he offers her to move into his house since the marble inside a human body can be something to worry about. While living in with a mythical creature can be scary, especially if he’s a fox, Lee Dam ends up befriending him in the most innocent way possible.

While Woo Yeo behaves as a perfect gentleman, is polite and generous and readily accepts his mistakes from the very first episode of the show, Lee Dam brings out his most humane side which he has been deprived of for almost a thousand years. Not to mention their cute and awkward interactions at the beginning of the series which eventually make it fun to watch!

‘Youth of May‘ is one of the most beautiful gems of the year set in the backdrop of harsh Gwangju Uprising, featuring an old-school love between two people. Without any hesitations, we can say that Lee Do Hyun and Go Min Si were the perfect choices to play the roles of Hwang Hee Tae and Kim Myung Hee respectively. Despite the story being heart-wrenching, narrating the tales of love and sacrifices of ordinary youths who end up becoming heroes when faced with extreme situations, the little moments that the main couple share helps Hee Tae to survive his life without Myung Hee.

She helps him overcome his trauma by making him comfortable enough to talk about it. She speaks the right words that he desperately needed at that moment which makes such a huge impact on him that he says the same things to a young doctor decades later. The viewers have showered so much love over them that they have been cast in a six-minute-long advertisement named ‘Reincarnation Love’ whose story is somewhat connected to ‘Youth of May’.

The latest Netflix K-drama, ‘Our Beloved Summer‘ featuring Kim Dami and Choi Woo Shik in lead roles probably have the most wholesome and relatable couple we have encountered in a while. Playing the characters of Yeon Su and Choi Ung respectively, the duo meet as high school batchmates but other than their interest in reading books, they are not alike in any way. While Choi Ung is a lazy and aimless lad, dubbed as the worst student of the class, Yeon Su is ambitious and cold towards everyone who tries to befriend her. They end up filming a documentary together which becomes a total hit. Despite having their relationship begin with bickering every single time they met, they end up falling in love with each other by the end of filming together.

Despite breaking up due to unfavourable circumstances, they still have lingering feelings for each other even after five years. The show breaks the K-drama stereotype of having a cool male lead and an innocent or bubbly female lead who are flawless most of the time. Both Choi Woo Sik and Kim Da Mi have grabbed the ‘Director’s Award’ for their performances in the show.

Read: Top 7 Most Anticipated K-Dramas to Watch in February 2022 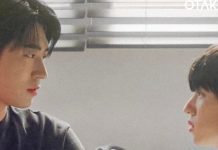