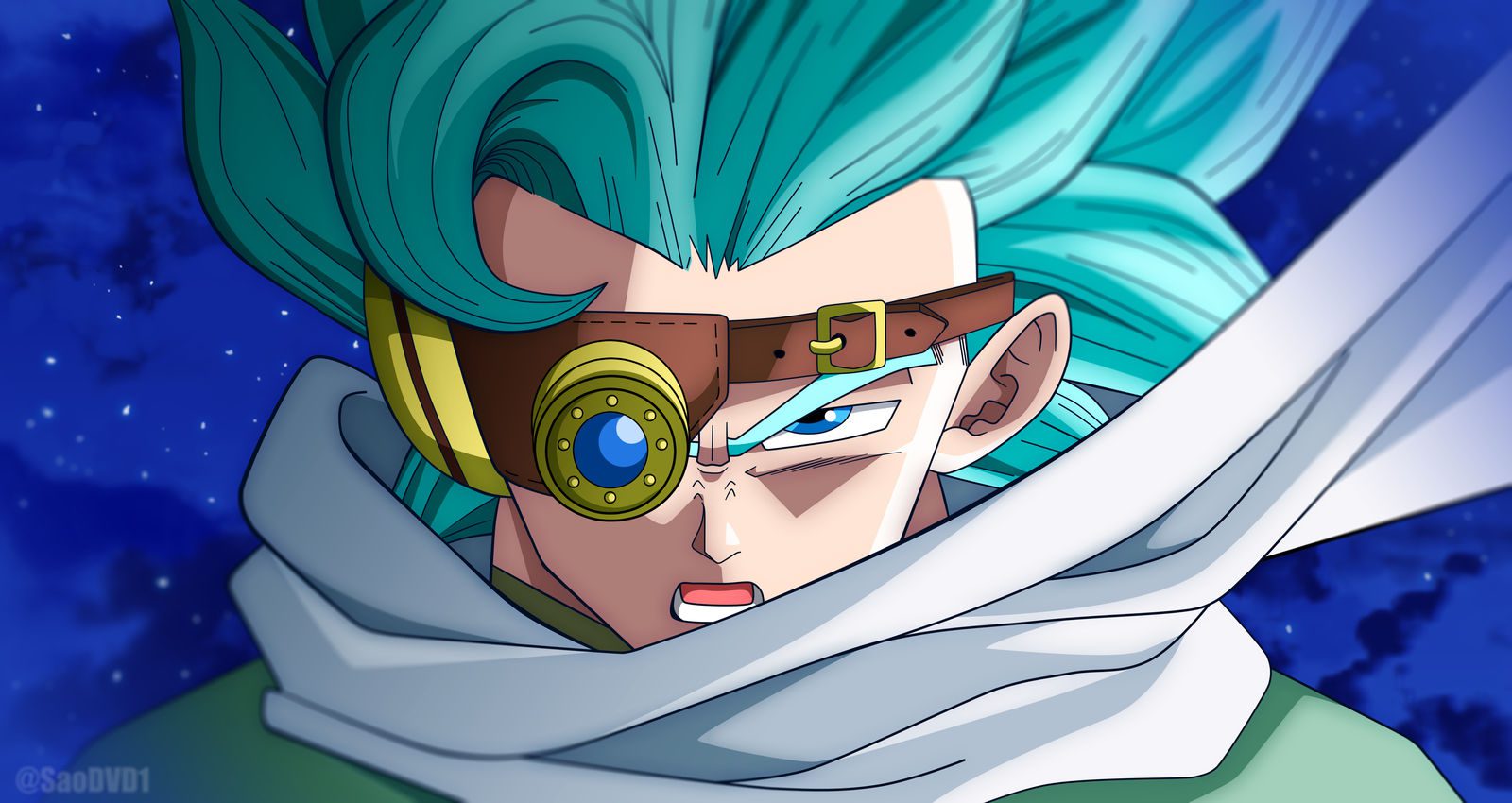 Dragon Ball Super has entered an epic phase in both anime and manga. Granolah has been recently appearing in the current chapters of Dragon Ball Super. The war on Planet Cereal was when Granolah once fought with Vegeta and Goku until Gas arrived and intervened. This has been interesting since we have learned many facts about Granolah that we didn’t know. The recent battles have been revealing Granolah’s powers and other interesting things. We will look at the facts about Granolah, who became Freeza’s arch-nemesis and despised the Saiyans.

Both Manga and Anime Dragon Ball Super battle and story have been interesting, but the manga is much more consistent right now. Granolah has become an interesting character to follow in Dragon Ball Super. He holds Planet Cereal in heart and its people. But once a tragedy struck Planet Cereal, life changed for Granolah. We don’t know many things about Granolah, and more is yet to be revealed, but we will cover the main aspects that we know. Granolah is currently involved in the war between Saiyans and Heeters, fighting with Goku and Vegeta.

As the manga and anime continue, we will learn more about Granolah. This will be interesting for the fans since Granolah has become an exciting character, and Dragon Ball Super has made a massive impact. Granolah has many things that he will show during the continuation of the Dragon Ball Super, and his past has also been revealed in the previous manga chapters. However, it is yet to be confirmed if Granolah is the villain or hero of the series since he had a grudge with Son Goku and Prince of the Saiyans Vegeta, but this might end as the air has been cleared.

1. Last Member Of The Cerealian Race

Granolah was lucky when his home planet was attacked, and he is the sole survivor of the Cerealian race. The Saiyan Army wiped out his race. This motivated Granolah to seek revenge, and he trained hard to hone more power and skill since he vowed to kill Frieza and avenge his people. He also survived in the Granolah the Survivor Saga but initially acted as a foe towards Goku and Vegeta. Later he became their Goku and Vegeta’s ally. 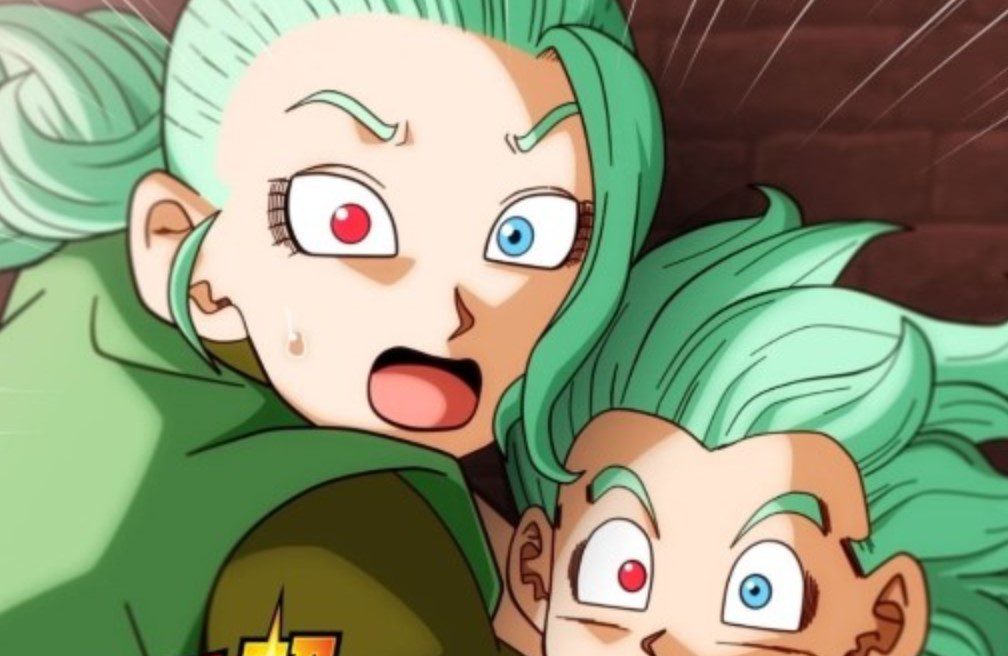 Granolah lived on Planet Cereal with the Cerealian race and a tribe of Namekians. The Cerealians were surprised to see the enemies invading their home as the years passed. They learned that Frieza Force and Saiyan Army had arrived and began attacking them. They used fool moon that turned Saiyains into Great Apes and wiped out almost all population and cities. But Granolah was fortunate since his people helped, and he hid with Muezli.

One of the Saiyans saved him with a scar on his face, who realizes that he has a kid the same age as Granolah. Later on, the Frieza Force allied with the Heeter to ravage Planet Cereal. The Heeters planned to rebuild Cereal and sell it, but Granolah was unaware.

2. The Strongest Man In The Universe

Granolah became the strongest man in Planet Cereal after facing many struggles. He stayed with Monato, who helped him make his dream come true through Dragon Balls. The rage in his heart made him fearless and believed that he could beat anyone, including Freeza. He challenged many enemies knowing that nothing could stop him, including the members of Heeters and Saiyans. Granolah possesses strong powers. 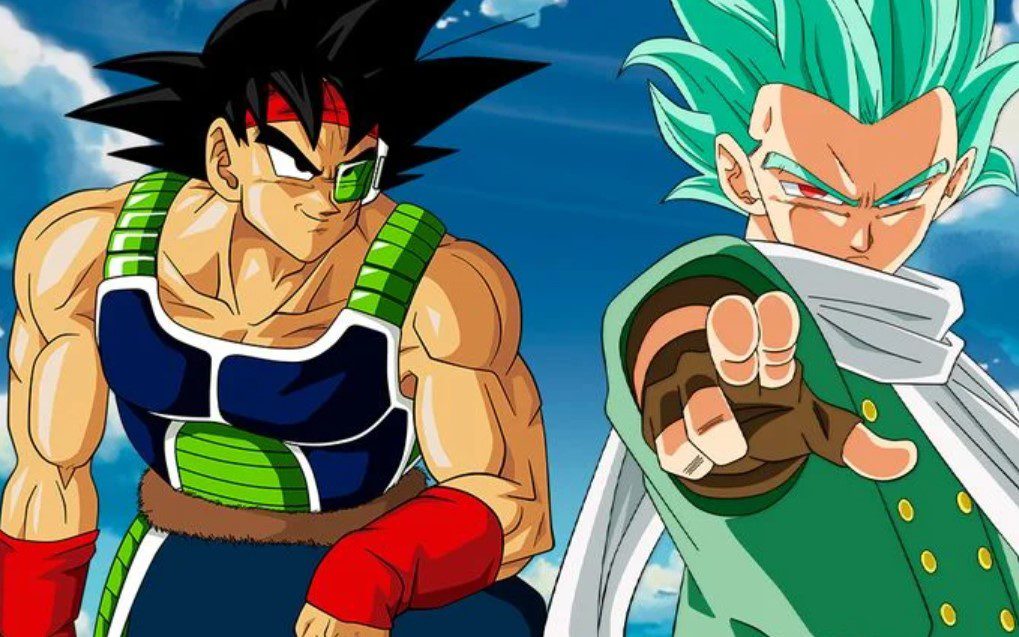 Granolah never knew that there was someone stronger among the Saiyans who also loved to fight the strongest. He learned that when he faced the Goku and Vegeta from the earth, but he proved that he was above their level as they failed to take him down. Granolah shows his dominance during different battles until now in the current battle.

After the Planet Cereal incident, the leader of the Heeter Elec recruits Granolah, using him to his advantage. Granolah didn’t care since he aimed to defeat Frieza and kill all the Saiyan Races to avenge the death of his mother and his people. Elec made Granolah a Bounty Hunter and sent him on different missions to defeat the enemies. The Heeters manipulated Granolah to join them and convince him to fight with the Saiyans. 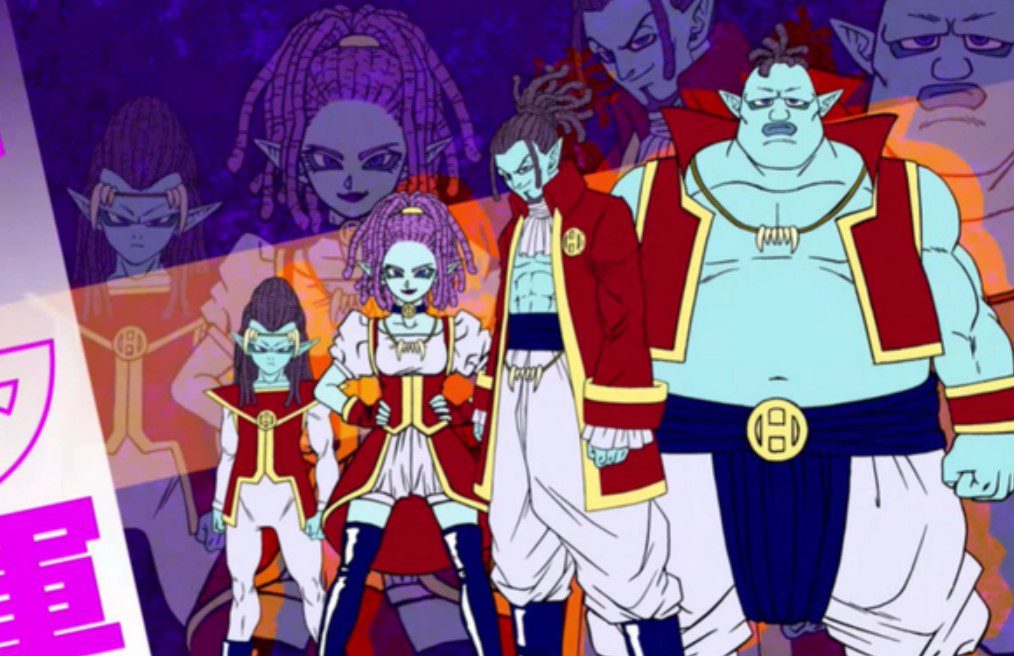 Elec knew that Goku and Vegeta would be tough opponents and decided to let Granolah take care of them. He thinks that the trio will destroy each other and benefit him, but Granolah learns the truth about the Heeter Force. The Heeters have other plans since their boss Elec can outsmart Frieza and Granolah. When Granolah became a bounty hunter, he forgot about the past and focused on growing stronger. He proved to the Heeters that he was a valuable asset.

Granolah met with Bardock during his childhood, but he didn’t know he let them go when his hometown was under attack. Bardock appeared in front of Granolah as a Great Ape with a scar on its face. This causes Granolah to fall unconscious, and Bardock transforms into the normal form that Granolah’s mother saw. Bardock saves Granolah and his mother from getting killed by the army, but one day after the invasion, Granolah meets them again. 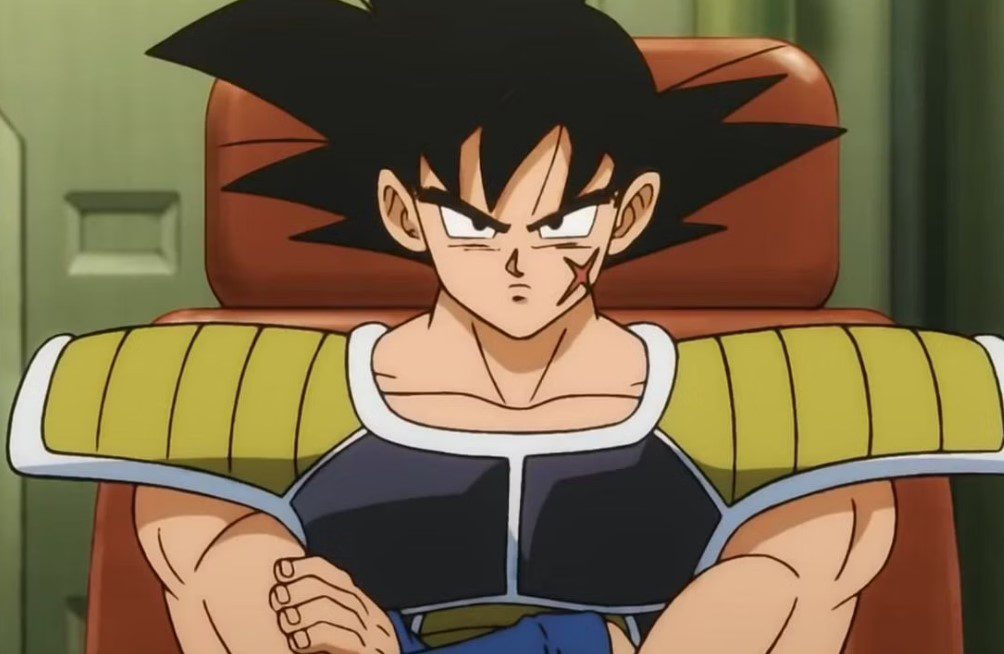 Granolah and his mother helped Bardock, who saved them, but the enemies sensed that something was fishy. The enemies arrive again and realize that Bardock has become weaker. They attack, and Granolah’s mother dies, but Bardock protects Granolah. Granolah learned this from Monato, who narrated the story of a strange Saiyan who saved them and found that Bardock is Goku’s father. Granolah’s mindset changes after learning that one of the Saiyans saved his life. But he was not interested since he saw the Saiyans destroying his home.

Granolah learned about the powers of Dragon Balls from a Namekian known as Monato. Granolah realizes that he needs to be stronger and collects the remaining Dragon Balls. But Monato was unaware of Granolah’s intentions since he didn’t tell Granolah the truth about his past. After gathering all the Dragon Balls, Granolah summoned the Dragon that asked him to make his wish. Granolah met with the dragon that granted him is wish to be  “Strongest Warrior in Universe.” 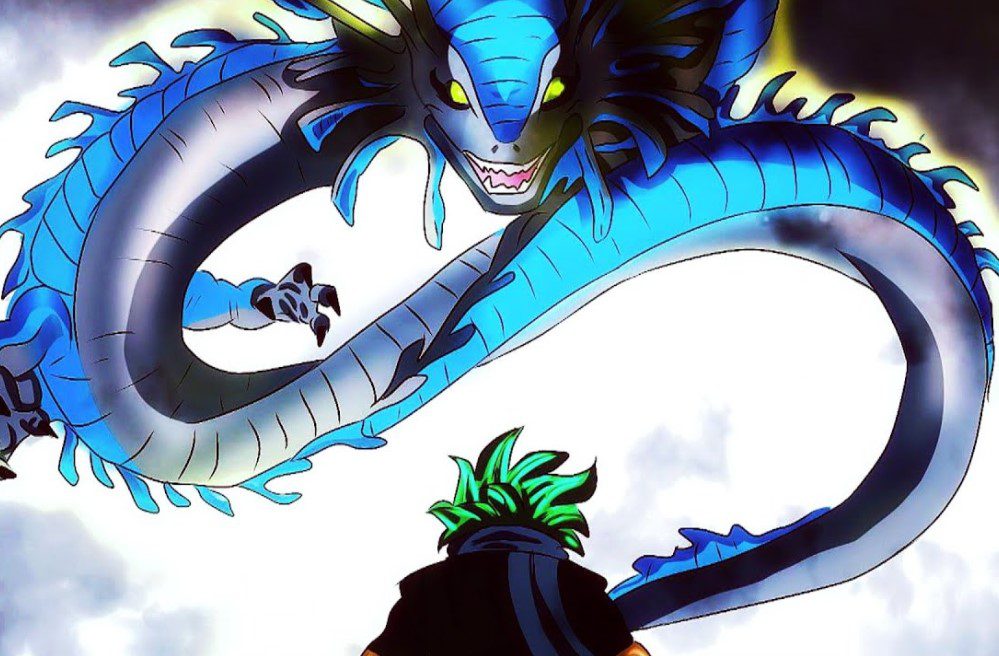 Granolah gained the Clone ability after becoming the greatest warrior in the Universe. He can clone himself and share his powers with his clones. This ability was revealed when he fought with Goku, who learned that he was fighting with Granolah’s clones, not Granolah himself. Granolah creates multiple clones simultaneously during the battle and shares his powers.

Also Read: Gogeta vs Vegito: Who Is Stronger In Dragon Ball Super?

8. Grudge Against Frieza and Saiyans

The Frieza soldiers, also known as the Galactic Frieza Army, are led by Frieza. Frieza Force dominated the world and acted as emperor of the Universe. Granolah hates Frieza and Saiyans after the war that destroyed his home and its people. He holds a grudge against Frieza, Frieza’s army, and the Saiyans. Granolah’s grudge helped hone his skills.

He hates that those armies travel around different planets taking over and killing people. But Frieza considers his army as his followers who are helping to achieve his goal. They follow his rules since they are afraid of him and might kill them. Frieza’s soldiers are loyal to him, but Granolah deeply loves his people, and what Frieza, the army, and Saiyans did to his planet always haunt him. 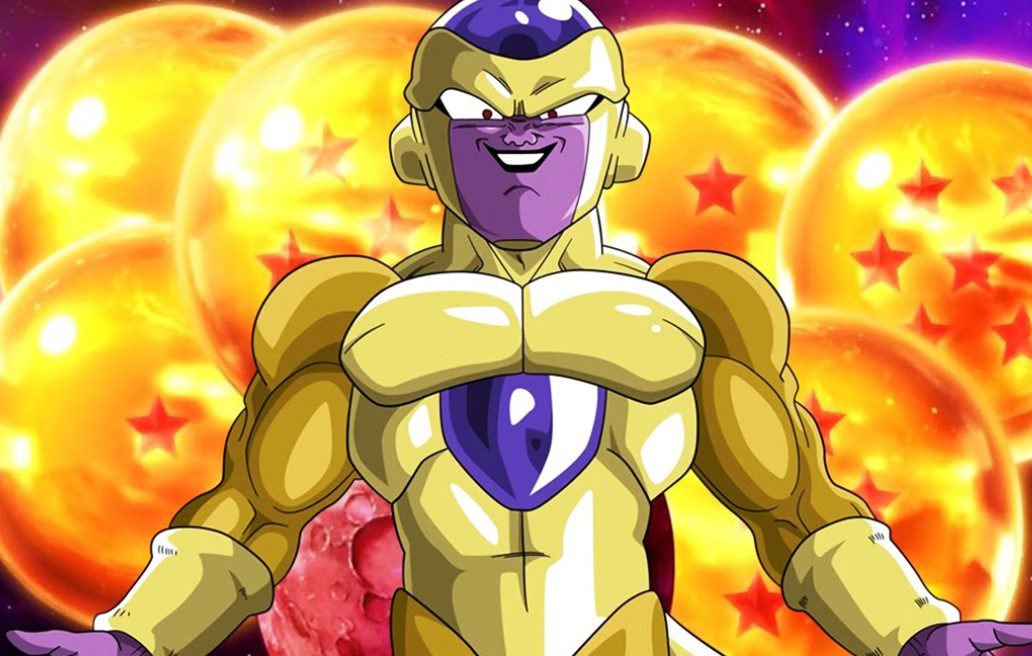 This made Granolah despise Frieza and want to avenge his loss and protect the Cerealians. Granolah and Monato reside on the mountaintop to see if the enemies of Frieza might attack again since they want to prevent that from taking place again. Granolah has a grudge against the Saiyans since he believes that all Saiyans are evil. He has a battle with Prince of Saiyans Vegeta and Son Goku.

Granolah defeated Goku, and Vegeta stepped in, revealing a fierce technique called Ultra Ego and dominating Granolah, who surpassed his limit Granolah learned about God of Destruction’s powers and wanted to end the Saiyan race. Still, Vegeta reveals that not all Saiyans are evil. That didn’t convince Granolah, who still has a grudge against Saiyans. But Granolah wanted to destroy himself if he needed to defeat the Saiyans.

Granolah has abilities such as Evolved Right Eye, which gives him good sight during the battle like a sniper. But he keeps covering that eye and uncovering it when necessary during the battle. This ability emerged at his young age, and his kind also possesses the same ability. Granolah’s wish also enhanced this ability and grew stronger. But he loses his ability when he fights with Gas since Granolah’s eyes were destroyed during the battle. Gas had no choice but to stop Granolah by doing so and prevent Granolah from countering him. 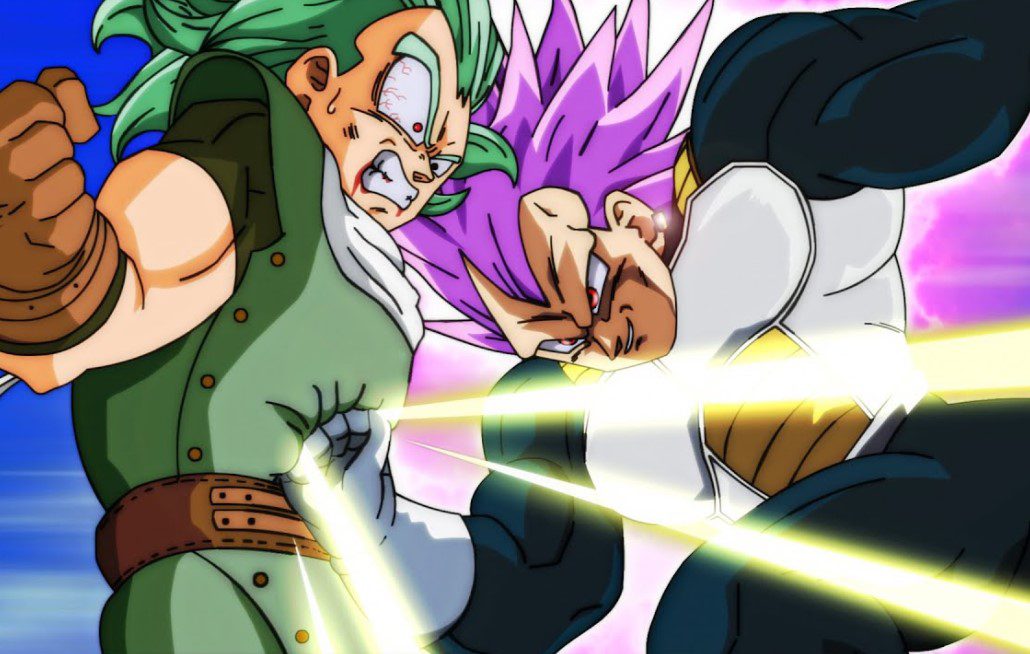 Vital Point Attack happens when Granolah uses his right eye, which helps him strike his enemies’ vital points. Evolved Left Eye activates when Granolah is pushed to his limit in the battle, and new powers get awakened, which causes accuracy and power. But this ability was also lost when he faced Gas. Granolah possessed a Ki Blast. He holds his index finger and middle fingers, keeping his thumb up when he uses Ki Blast.

He shoots Ki Blast like he is firing a gun. Finger Beam is another ability that Granolah possesses, and when he uses it, he holds out his index and middle finger, then the energy beams are released from his fingertips. Finger Blitz Barrage happens when Granolah fires ki blasts from his fingertip. He showed this technique when he was fighting against Ultra Ego Vegeta. Alteration-type ki happens when he uses his bow and shoots arrows while generating a line of ki between the fingertips. He fires a large ki blast from his extended arm when he releases it.

Granolah uses his hands when creating a Self-sacrificing attack. The hands become gun-like gestures while charging a beam of energy from his extended fingertips. He tried to use it as a suicide move against Vegeta, pouring all his energy into killing Vegeta. Granolah also fires beams from his fingertips to create Scatter Finger Beam. He released a Charged Finger Beam and unleashed it upon his foe when he charged. To release a Full Power Energy Wave, he fires a powerful wave of energy. 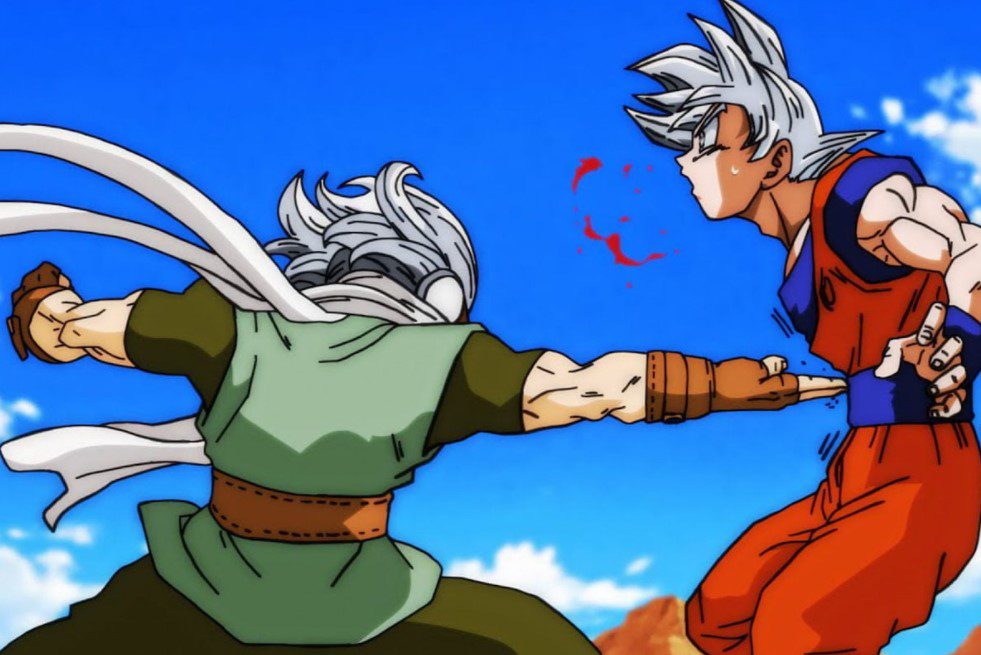 Granolah attained the ability to fly using Ki after becoming the strongest man in the Universe. He can also use Telekinesis, which allows him to manipulate objects and other people using the power of the mind. Pure Progress helps Granolah to control his power as they increase. He also shows this when he fight with Vegeta; he holds the stone tower using his powers and destroys houses to crush Vegeta. Hakai allowed Granolah to turn things into dust, and he did that during the battle and turned things like stone buildings thrown at him into dust.

Granolah creates multiple clones simultaneously during the battle and shares his powers. This ability was revealed when he fought with Goku, who learned that he was fighting with Granolah’s clones, not Granolah himself. He also possesses tremendous magic and can also perform feats of magic.

The Life Energy Manipulation gives him the advantage of using magic and manipulating life energy. Fire and Flames allow him to create fire and flames while controlling them, but his energy gets depleted when he is doing that using that ability. Energy Shield allows Granolah to create a barrier of energy that protects him. More facts about Granolah are yet to be revealed.