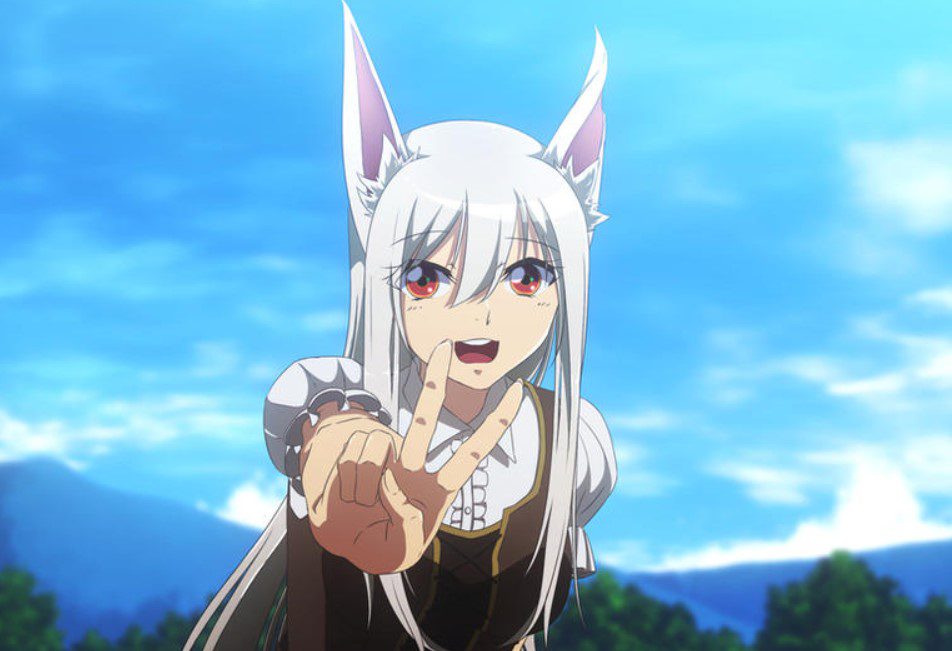 Anime Fox Girl characters are mostly found in anime that have half-animal and half-human hybrids. One can tell the character is a fox girl after looking at the fox’s ears or tail. But most of the fox girls’ characters have more human traits, and they are a few parts of fox traits, but when they rampage, the fox part takes over their body. However, we will look at top anime fox girl characters that are popular in the anime world. If you like fox girls’ characters, this is the place to learn more about them.

The top anime fox girls list includes some of your favorite anime characters. But it is sad in some anime because the fox girls are considered monsters, and it is hard for them to be welcomed by society, but after they have proved them wrong, they get their place in society. The anime world has grown quickly, and it has become interesting since we can learn about stories of fox girls or other monsters that coexist with humans. We have created a list of top popular fox girls that will amaze you.

Some of us might be curious about fox girls, and their answers will be below in the list. We know that foxes are creatures that eat meat, but in anime, where you find fox girls, they surprise their animal instincts and manage to live with humans. Even though humans despise such creatures that eat flesh, fox girls sometimes become heroes and even fall in love with humans. Those are the most interesting things about top anime fox girls, and more things will be on the list below. Let’s look at the top anime fox girls below.

Chizuru Minamoto is a leading fox character of the Kanokon. She is doing a second year at Kouta Oyamada’s. She looks like a human, but she is a powerful kitsune. Kouta is the guy who fell in love with Chizuru without knowing that she is a fox girl. He has supernatural powers of summoning spirit animals. 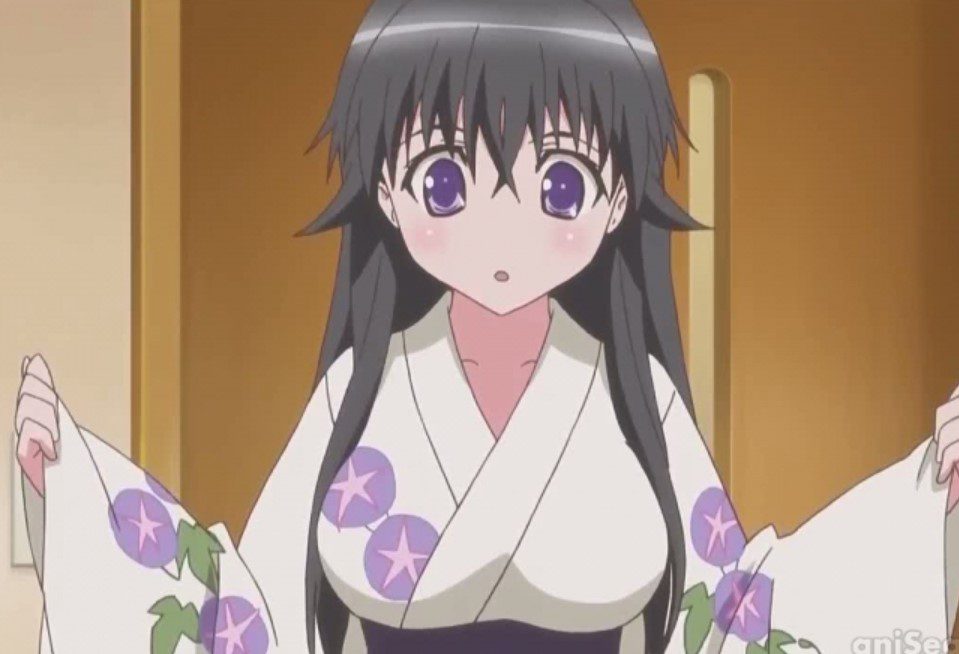 This happened when Kouta moved to his grandmother’s place and summoned Chizuru, a fox spirit, and we witnessed the love between a fox and a human. Chizuru has blue eyes, and her long hair hides her as a fox girl.

Senko is a foxy girl from  Sewayaki Kitsune no Senko-san, known as The Helpful Fox Senko-san. She is a demigod fox who was summoned from Kitsune heaven. Senko looks like a young girl, but she is over 800 years. She is a Kitsune girl with orange and yellow colors in her hair, ear, and tail. Her foxy traits are always visible; one can tell she is a fox girl. She loves to wear a red and white Miko kimono. 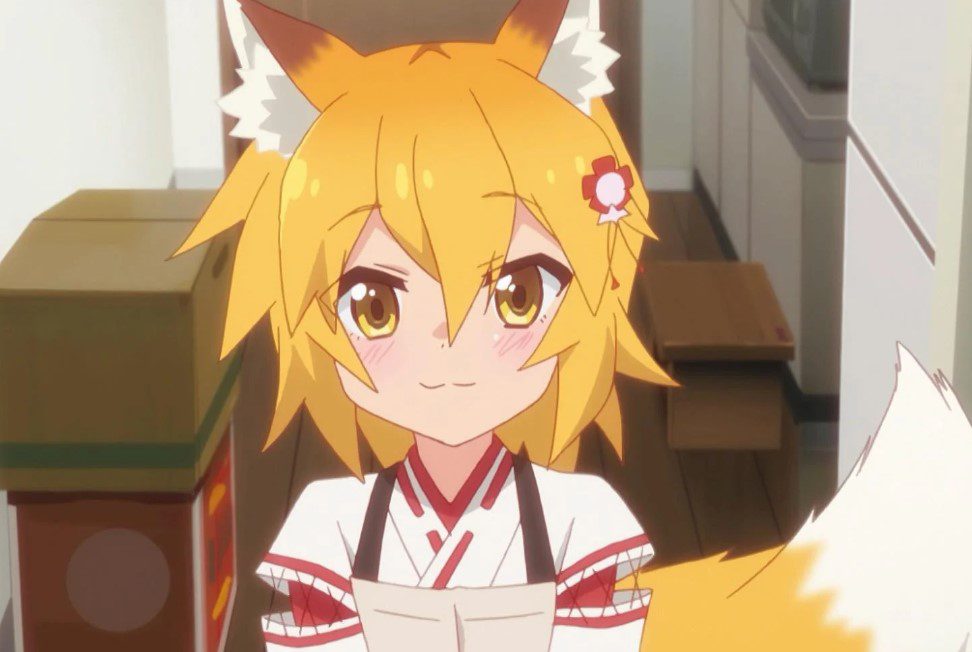 Her lifestyle makes others see her as a good older demigod age. She met with Nakano, who was stressed and facing hardships in his life, and she changed his life because she is a demigod. Senko and Nakano began to work together, and this helped Nakano and they become popular.

Yukikaze Panettone is a foxy blonde girl with blond hair and a Biscotti Knights Secret Squad member. She works with Brioche d’Arquien. The customers and people around her love to call her Yukki. Yukki has blue eyes with long fox ears and tail. She loves to wear a ninja outfit. She takes care of dogs, foxes, and other squad members; Yuuki is a cheerful girl eve during a battle. She is one of the most beautiful fox girls in the series. 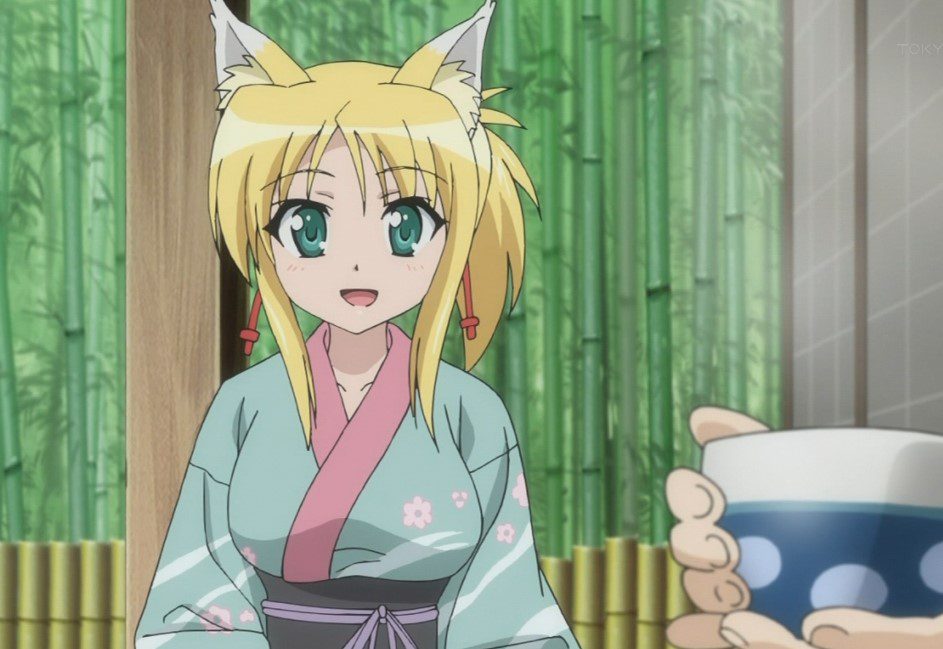 Bonbori and Hazuko are twin fox sisters who always stay together. They both have blond hair that hides their fox ears. They use their beauty to seduce men who cannot differentiate between the two. They have green eyes and fox tail that resembles their hair. Bonbori and Hozuki are cheerful fox girls who love to prank people and trick them with identical appearances. 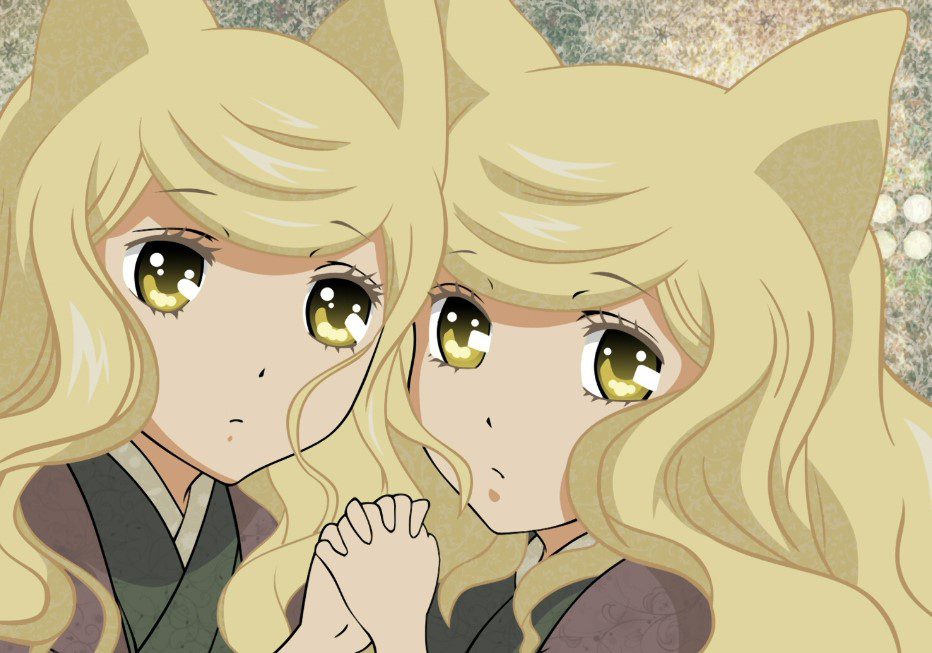 Bonbori appeared in the alternate version of Japan’s Meiji Era. This is when human and animal spirits coexist in the same world. But the change of religion causes war between humans and Youkai. However, the organization found a way to ease the tensions and create a group of male soldiers and female youkai, which the two fox girls joined.

Shiro is a white fox girl who also looks like a human. She loves wearing white costumes that match her fox hair, ears, and tail. Shiro is a Kitsune girl with long white-silver hair, red eyes, ears, and tail. She has red stripes on her checking, and when she met with Kotono, she thought she would rule Kotono. But she later befriends other fox girls, which helps her change her attitude since she believes everyone is her servant. 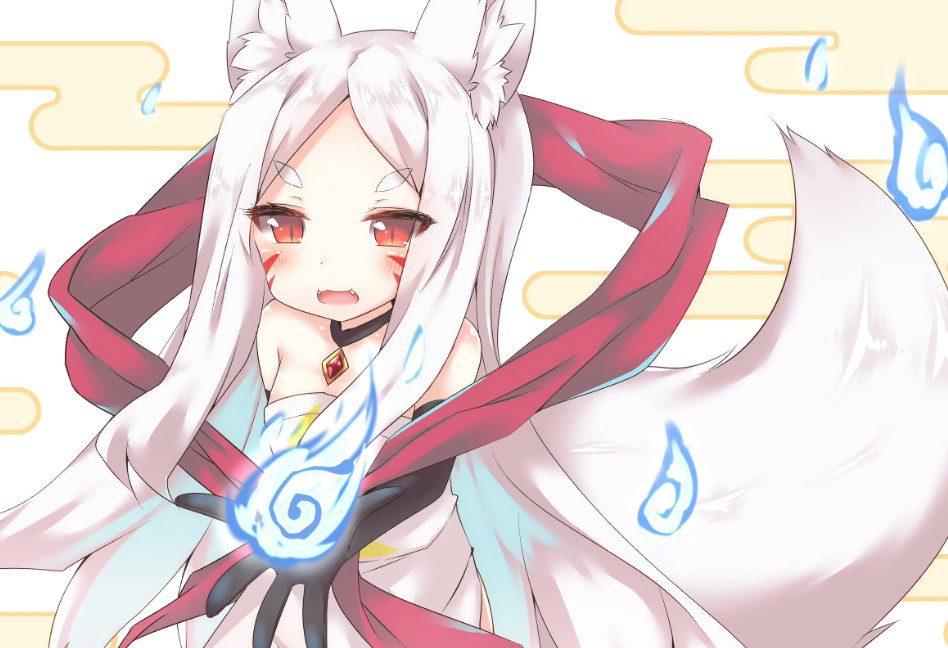 Tayutama: Kiss on My Deity: Mishiro

Mashiro Mito is a Tayuki fox girl who met with Yuuri and later got married. Yuuri Mito is a normal Japanese teenager who performs exorcisms. His part of the family also does that in the shrine. But one day, during the ritual process Yuuri Mito summoned a goddess. Mito noticed that the goddess girl was beautiful, and the goddess decided to marry him. He later learns that the girl is a fox girl with long brown ears hidden by her hair. 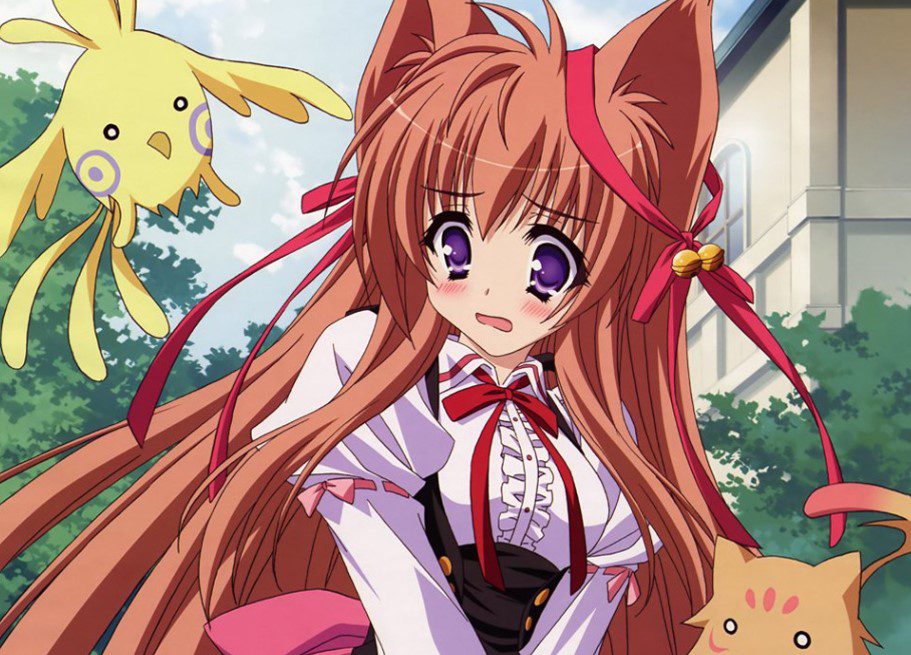 Sakura is a popular fox girl with long brown foxy ears and straight bluish-white hair. She is a bounty hunter who loves to seduce her target or other men. She is always dressed beautifully with beautiful makeup that attracts any man. Sakura loves wearing her blue police uniform and dresses that reveal her beautiful body. She looks like a lady in her twenties, but she is over 119-year-old, and her looks make her look young. She is one of the fox girls living with humans because she poses no threat to them. 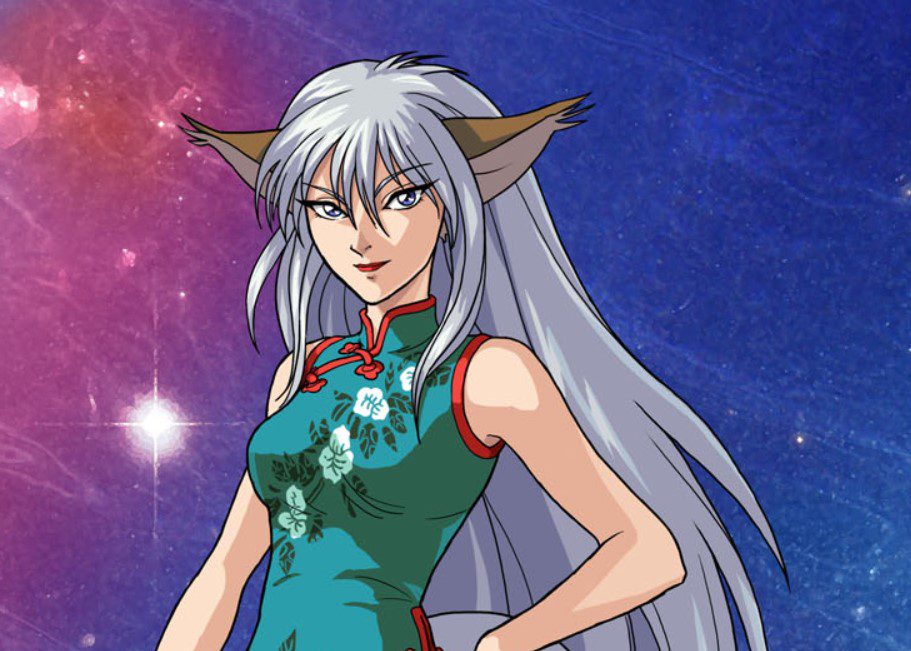 Yuzu is a fox girl from Konohana Kitan series. She is a beautiful innocent, hardworking country fox. Yuzu grew up with Bikuni, a nun with extensive knowledge of things, and raised her until she became a teenager. She is a fox girl of average height with calf-length blonde hair. She sometimes uses a cowlick to express her emotions, and she has medium fox hair, but her face is that of a cute little girl. Yuzu love to wear a kimono similar to Rens. 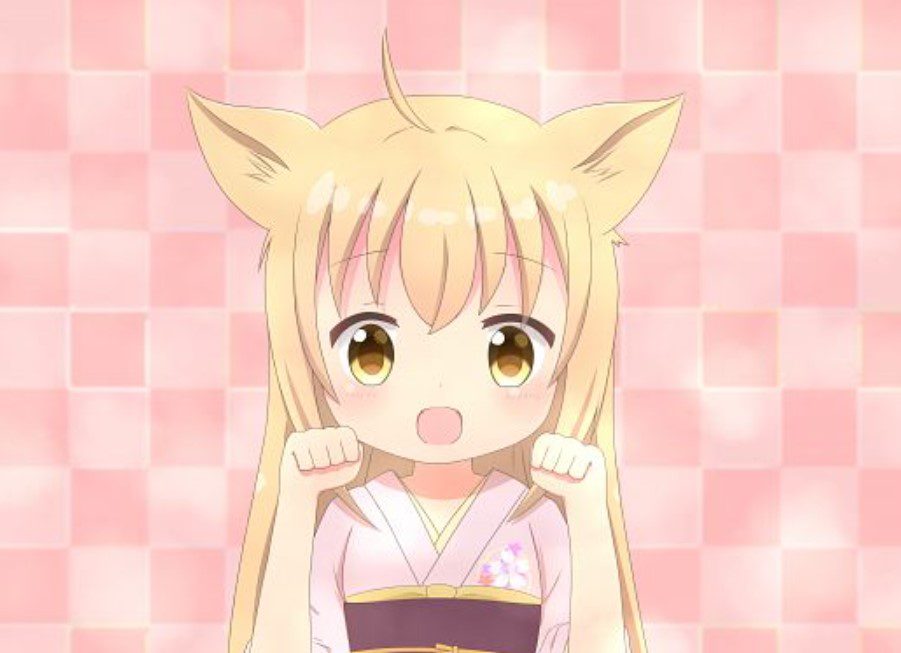 She is a loving, innocent fox girl who holds compassion for everyone around her. Yuzu always reunites her friends and family, and she is proud of who she is.

Tenko is a metal Yokai fox deity and a former guardian of the Mizuchi family. She can transform into a fox lady. The Mizuchi bloodline runs in the Yokai and monsters. Two siblings, Toru and Noboru Takagami, are descendants of the Mizuchi bloodline. Their grandmother has been hiding the two siblings’ nature, and those two have received weapons to fight monsters. However, things are surprising when Tenko Kugen learns that she is a fox deity who can transform into a man or a woman. 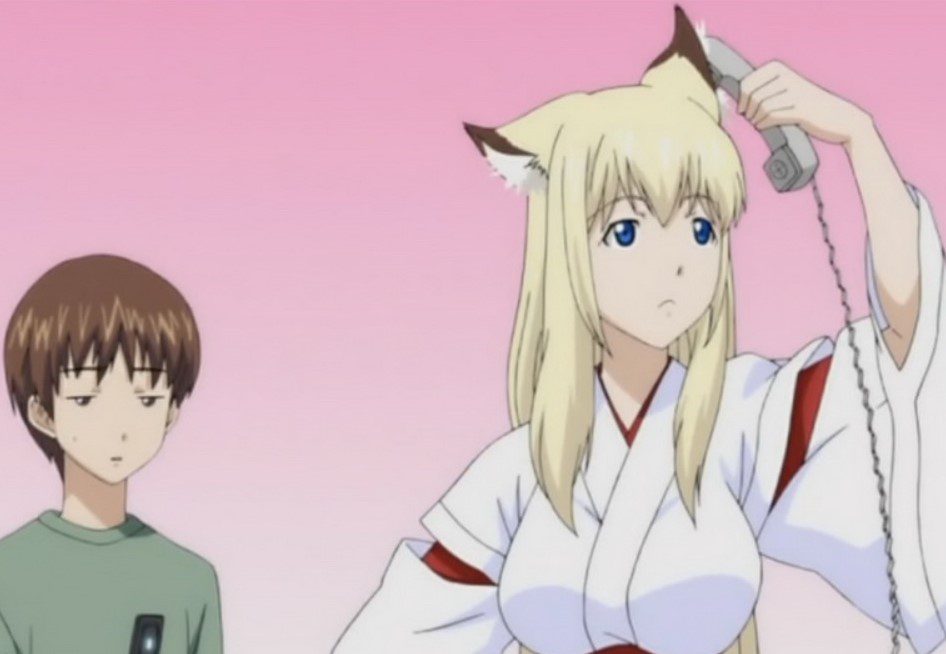 Tenko lives with Ko, a shrine maiden, but life gets complicated when the truth about Tenko is revealed. Tenko is the beautiful polar fox girl of this series. This is one of the anime that is rare since, in most of the anime, the fox girl keeps both human form and fox form simultaneously. But this one is different since Tenko can become a ferocious fox. This makes Tenko a popular fox anime girl. A fox girl can be born from a human and a fox.

Dakki is a fox girl with pink hair, and she always acts like a queen. She is the fox empress known as the genius due to her talent. Dakki is a beautiful tall lady with foxy eyes, and she always creates torturing machines to destroy people. She loves Ou Kijin and Ko Kibi and always ensures they are safe. Dakki loves to wear a pink hat that hides her ears. Some fox girls might be villains or heroes like Dakki. 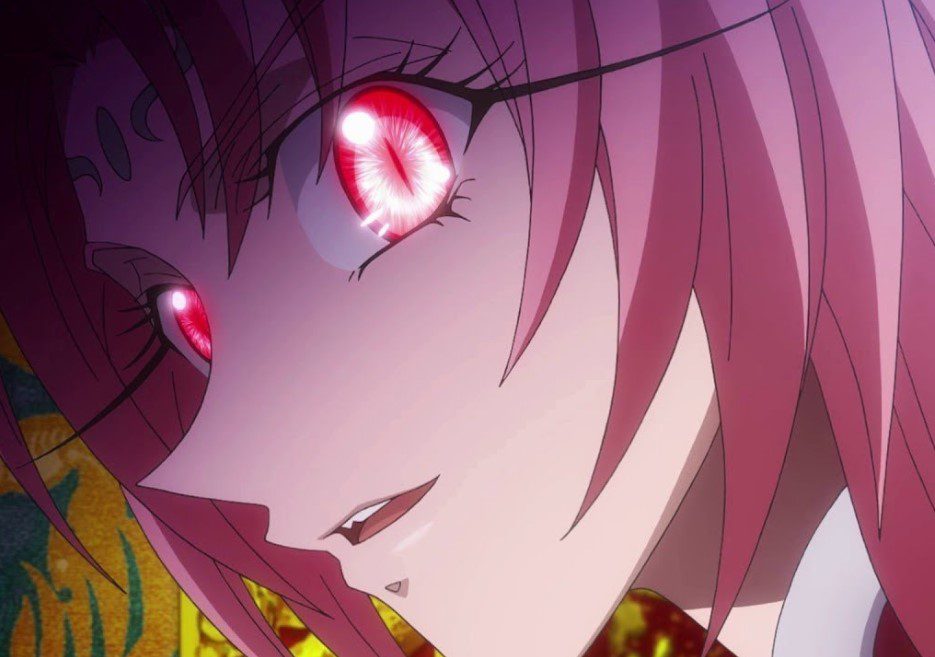