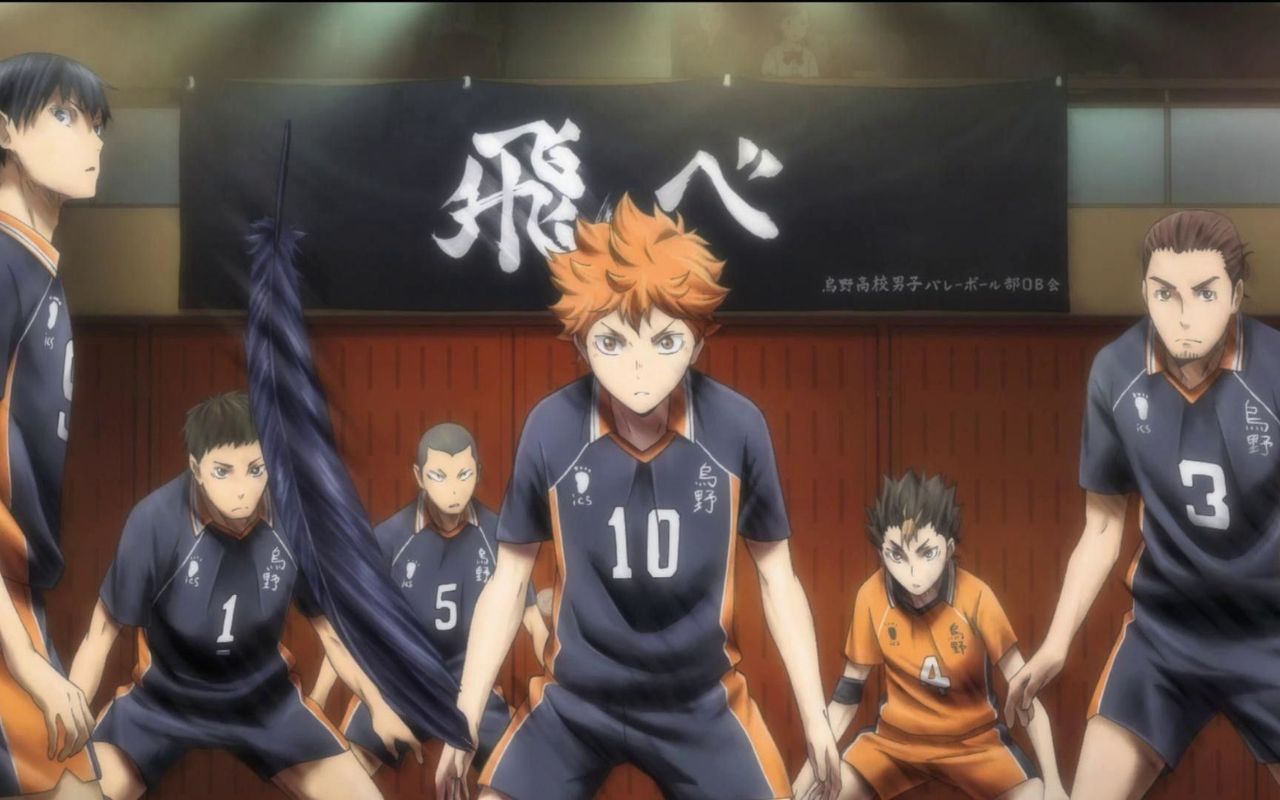 The anime industry is always exploring a variety of genres to work on. Sports anime are one of the most successful ones. The increasing demand for sports anime has brought us many gems in past years. But Volleyball anime has specially made a comeback with the release of Haikyuu! in the year 2014. Being a sportsman, it feels good to see young aspirants working hard to polish their skills day by day. Also, getting a glimpse of what a player thinks while playing makes it more interesting to watch. In reality, though, it is the struggles of the characters that attract sports anime fans. Their iron will to overcome the challenges feels relatable and encouraging.

Haikyuu! is one of the best volleyball anime released thus far. Even people who are not interested in sports watched this anime and loved it. People spiking interest in watching more anime like haikyuu! and Harukona receive brought us this countdown. Today we have bought in front of you the Top 10 Volleyball anime to watch in 2022.

How can the best volleyball anime list be complete without Haikyuu!!. Tobio Kageyama, a young prodigy, as they call him, ‘The King of the Court’ and a nobody like Shoyo Hinata ends up going to the same high school, Karasuno High. Hinata got skills next to zero and is small in height but is very enthusiastic and in love with the game itself. Kageyama and Hinata pull off a super quick attack with the help of Kageyama’s utter perfection as a setter and Hinata’s maneuver and great jumping power.

Join their journey, competing against some of their fearsome opponents, as they pave their way to the national tournament. To this point, Haikyuu! Consist of 3 seasons with episodes as follows: 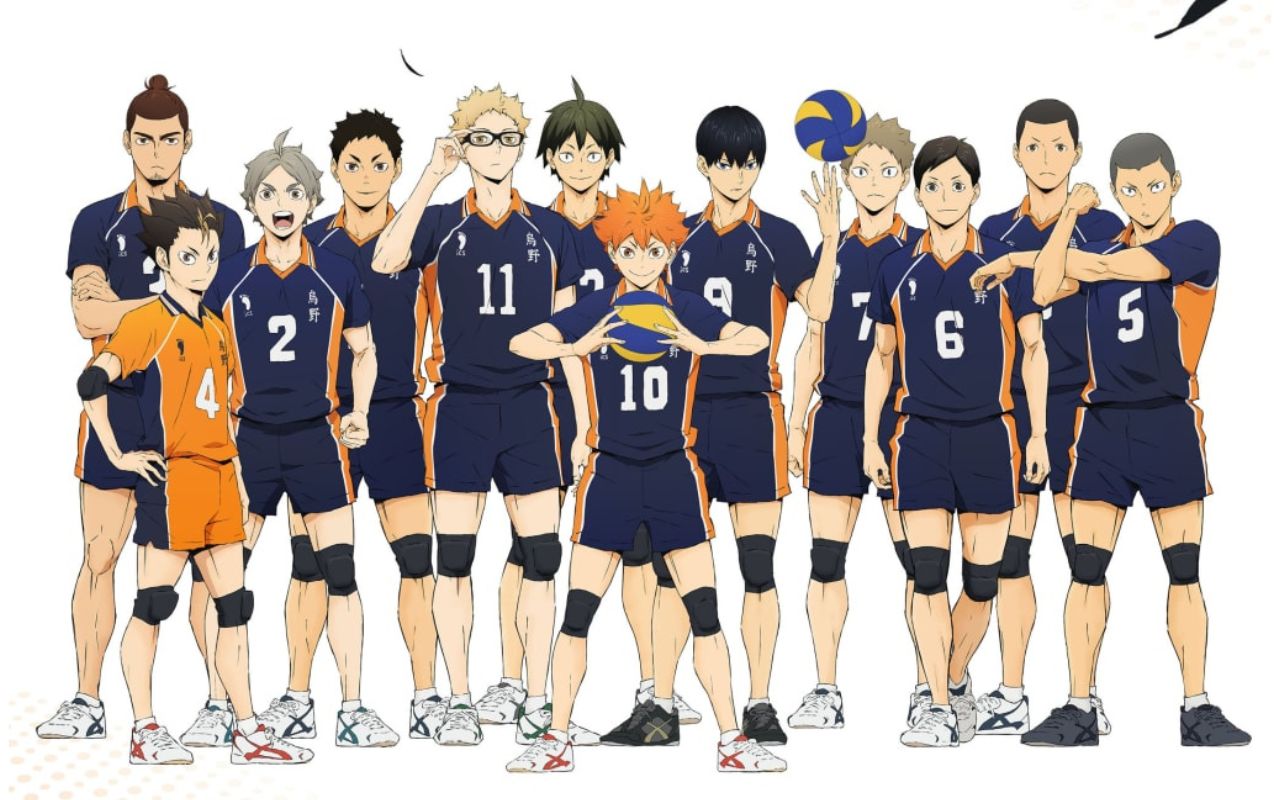 Haikyuu!! To the Top

Followed by some side stories and Haikyuu!! To the Top. Forcing their way to nationals by defeating the previous champion Sheratorisawa, now they have to compete with national contenders. Haikyuu!! To the Top is the story of Karasuno trying to make their way to the top in the national tournament. Will they? The best part is the story is yet to be complete and the next season is announced to be released this year.

Comming next to the second place on the list is Harukana Receive. It is one of the best and also one of the few beach volleyball anime ever known. Beach volleyball is a bit different than usual ones. Only having two players on the court, you have to rely more on your partner. Also, it’s an outdoor game, so the sand makes it more difficult to play and restrain your motion. It brings a completely new experience to see beach volleyball tournaments. 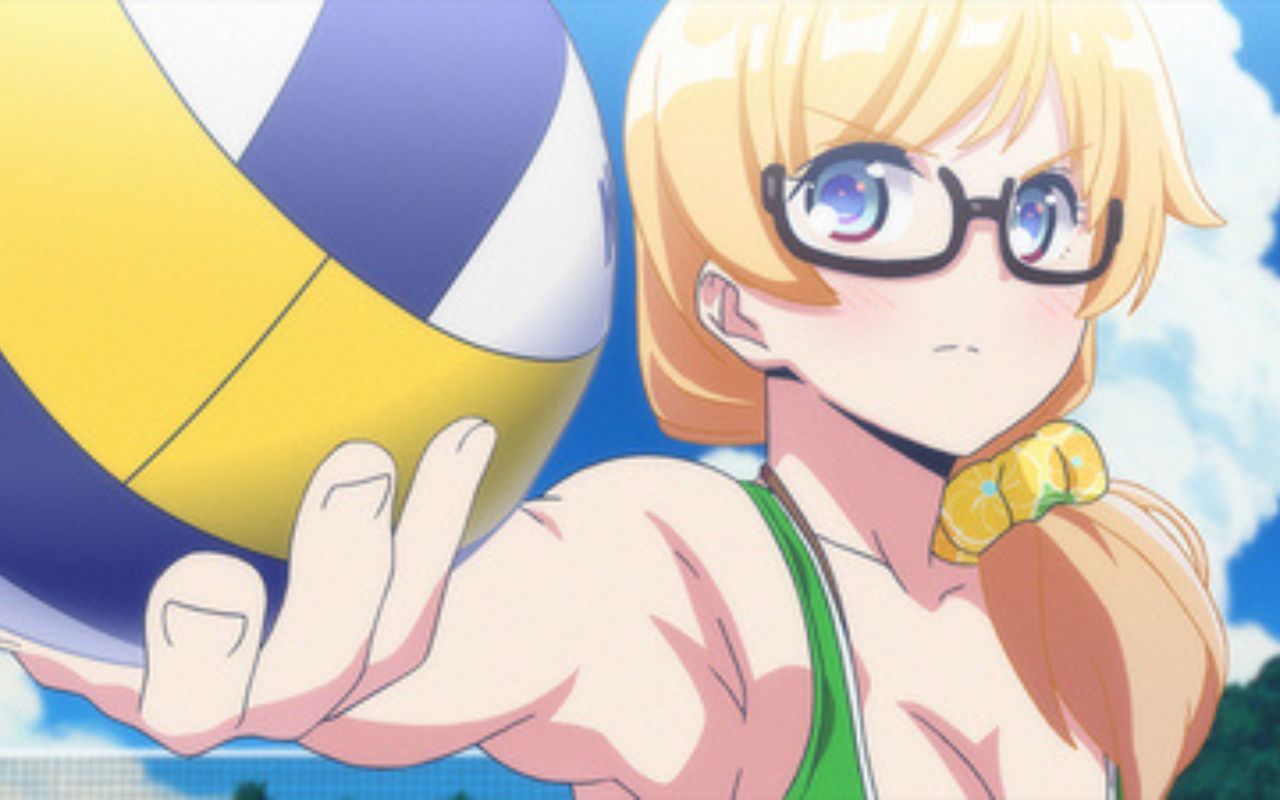 A girl with a volleyball in her hand

Haruka Oozora was a tall girl who recently came to live in a small town named Okinawa with her grandmother and cousin. On the beach, she saw a few girls playing volleyball and decided to join them. She enjoys playing the new sport with her cousin Kanata on her side. Kanata was a bit on the short side but was a former beach volleyball player. Then things get interesting when the duo was defeated by a girl name Narumi (Kanata’s former partner). The sister duo started to train to participate in the upcoming tournament. Haruka by understanding the game and Kanata by fighting her fear of the game from the past.

Another recently released masterpiece, 2.43: Seiin Koukou Danshi Volley-bu is a must-watch volleyball anime in 2022. Kimichika Haijima was an excellent setter on his school team in Tokyo but was forced out of it due to its cooperation. After that, he returned to his hometown and enrolled in Monshiro Middle School. Where he met his childhood friend  Yuni Kuroba and saw great potential in him. Both of them then start to assemble a volleyball team to concur the prefectural tournament. 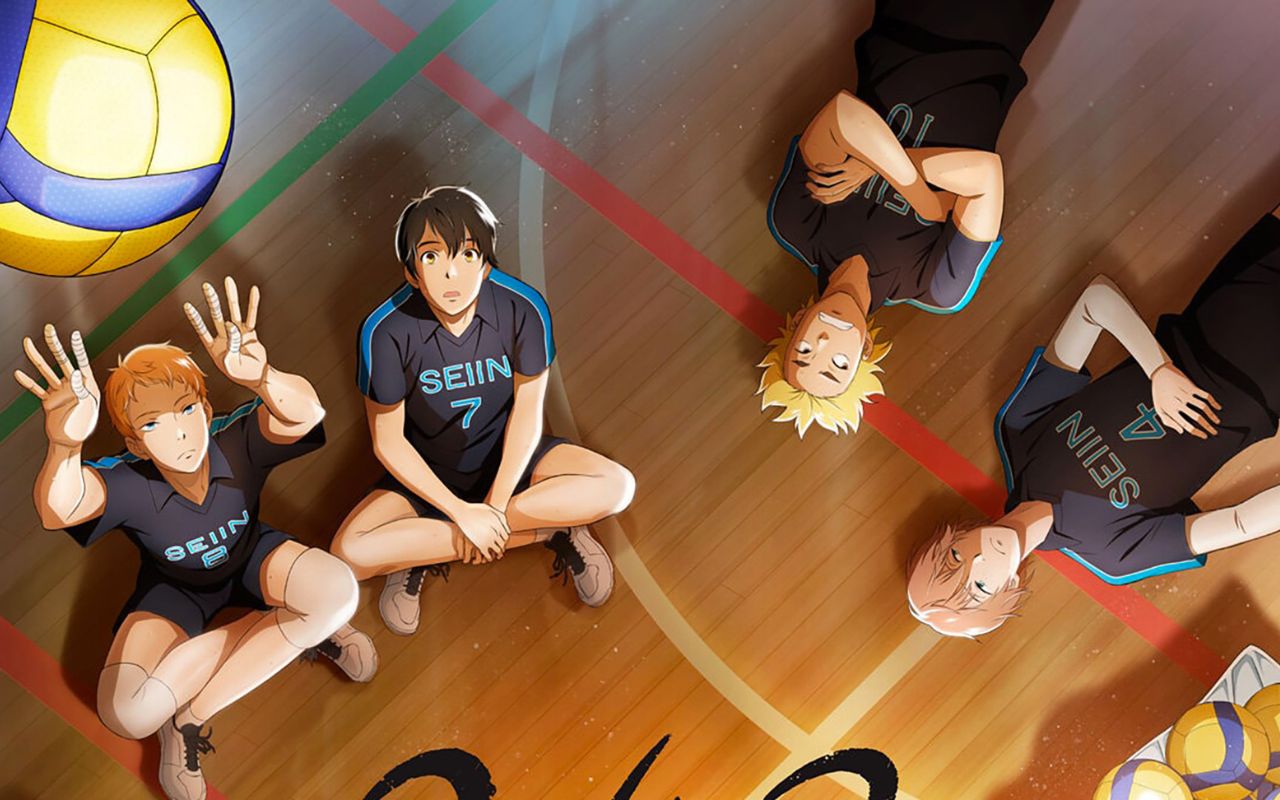 Also read: 10 Reasons Why Haikyuu Is The Best Sports Anime

Girls’ lives are always a bit more complicated compared to boys. They have to work harder than anyone to achieve their dreams. Maybe it’s not true for everyone, but You Hazuki and her team learned the hard way. This is the story of young and talented girls having a goal set in their eyes to become the no.1, with every day being a new hurdle to overcome. They face many problems related to family, relationships, and instant elimination, which makes this amine more fun to watch. 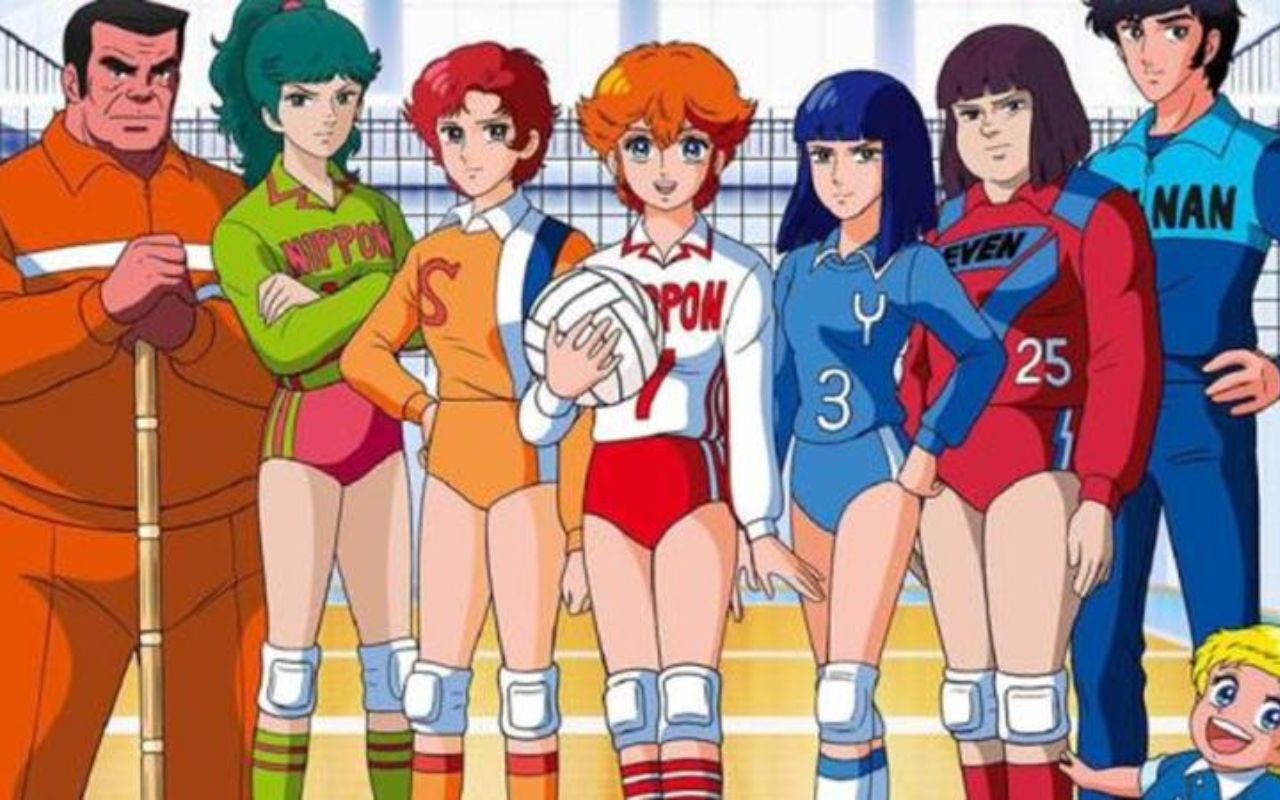 You and her team

Ashita e Attack was released way back in 1977 to honor the great Japanese women’s volleyball team who won a gold medal in Olympics in 1976. It’s a legend in volleyball anime history which is still interesting to watch. It’s the story of how the protagonist Mimi Hijiiri recruited her team and overcome their challenges. Despite the death of a team member, they continue practicing harder every day. Until they made it to the National High School Volleyball League and actually win it. This anime one was the best anime on volleyball and still makes its place in the top 5. Despite its low-quality animation, the story will keep to stiched. 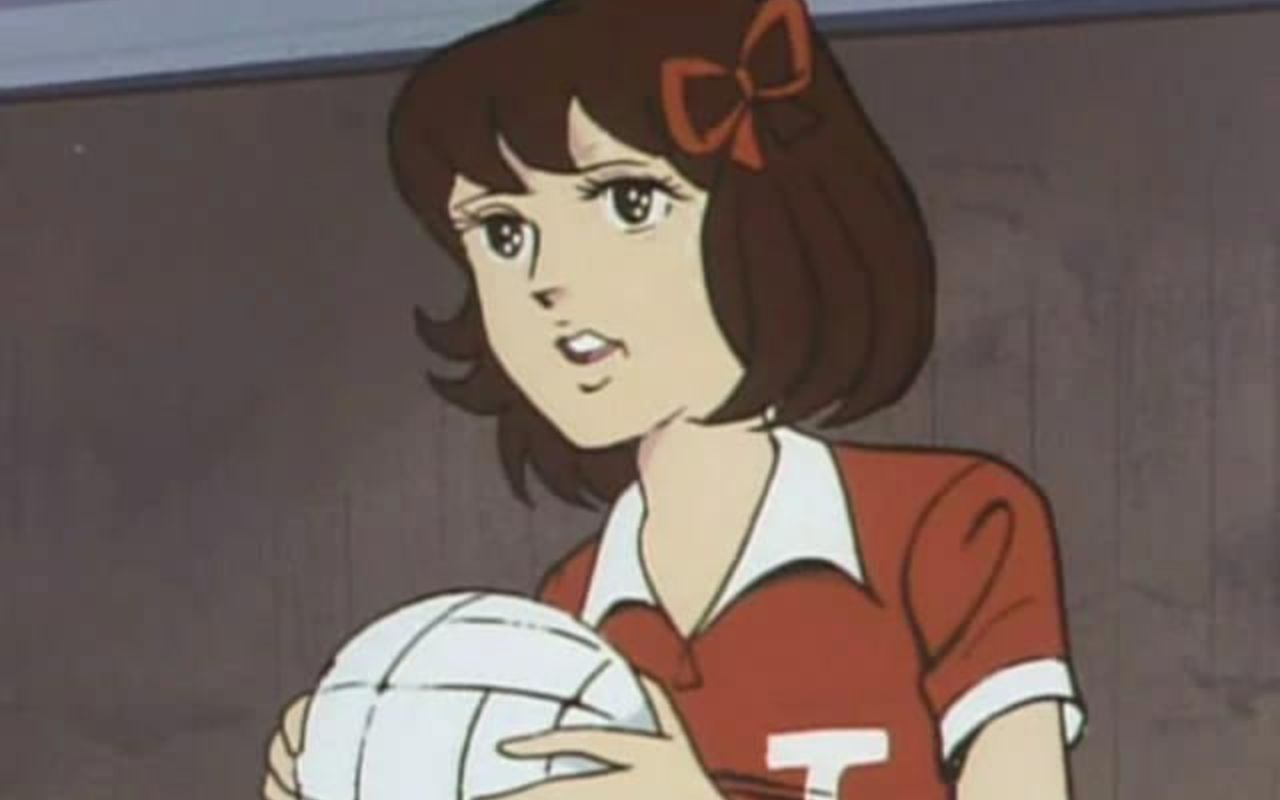 Shoujo Fight: Norainu-Tachi no Odekake is an anime that tells us the importance of a second chance. Neri Ooishi is a talented volleyball player in elementary school and the captain of her team, which makes its way to nationals. But she spends her 3 years in junior high school as an alternate player. 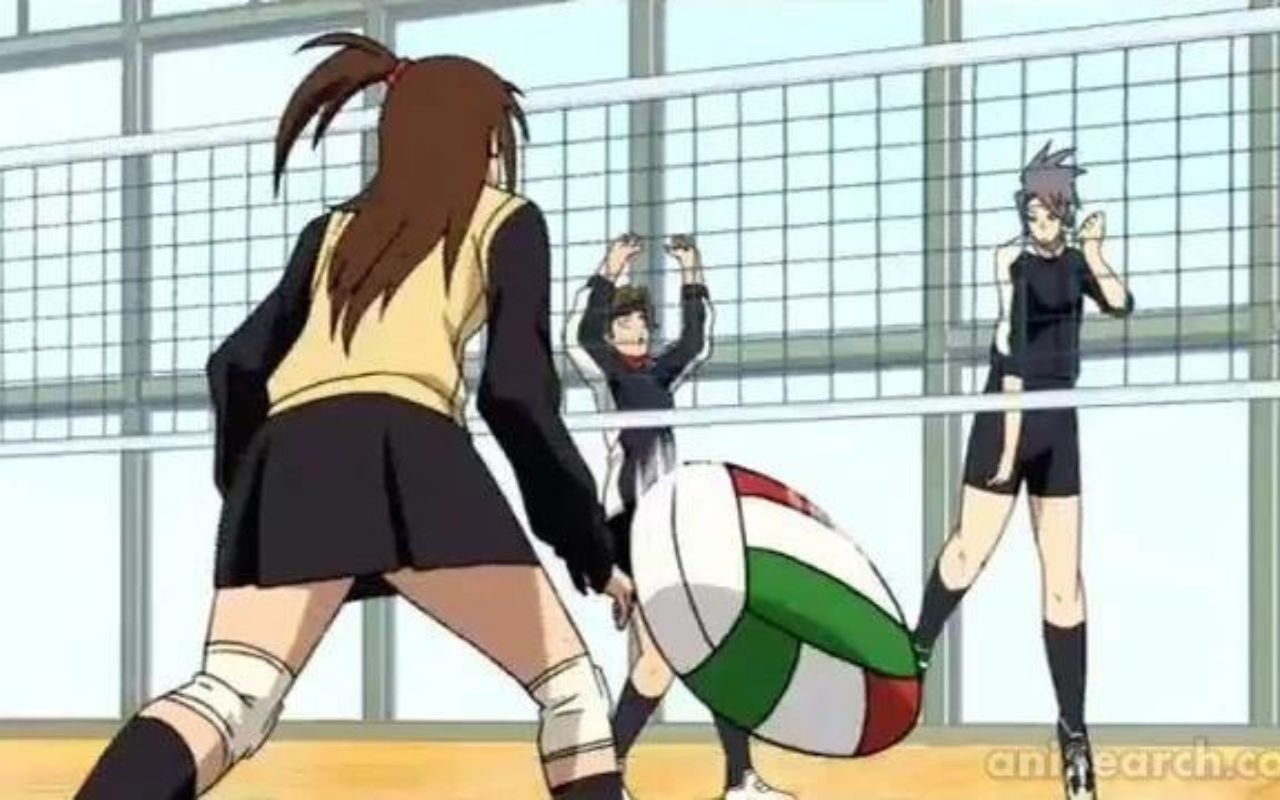 Now she got a chance to show her talent once again. Did she grab her long-awaited chance or let it slip from her hands? Watch it!

Disturbing the whole genre, here comes Kougyou Aika Volley Boys. This hilarious anime brings up bright ideas from some pervert teenagers. Some teenagers at Kudo High School come up with a great idea to grab the attention of attractive girls. They planned to form a girl’s volleyball team in the hope of seeing girls participate and have a chance to talk to them. But the things don’t go quite as planned, the new year doesn’t have a girl at all. There should be quite changes in plans! 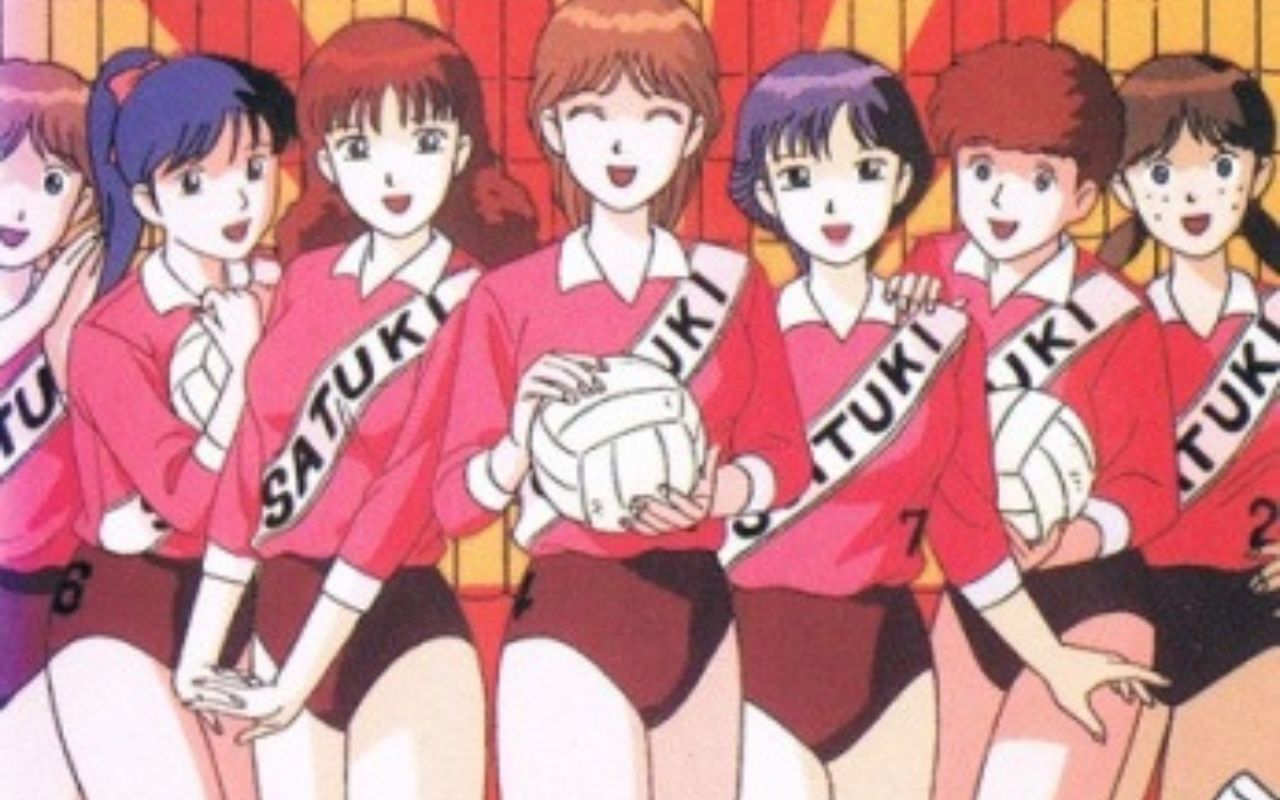 This anime will make you laugh to death by seeing some ingenious fools trying their stuff out.

Last but not least, Attack No. 1. It was released in December 1969 as a television series and was the first-ever anime released on volleyball. It begins with a girl named Kozue, a brilliant volleyball player, having a dream in her eyes to one day play in national leagues. She was an exceptional student and has a great team. She never fails to surprise, even under pressure conditions. Her coach dedicated himself to making a shining gem out of her. Their team climbs from small leagues to national championships. In this series of 104 episodes, we see many respects of life and how they affect a person. From fame and stardom to jealousy and greed, this anime is truly an epic! 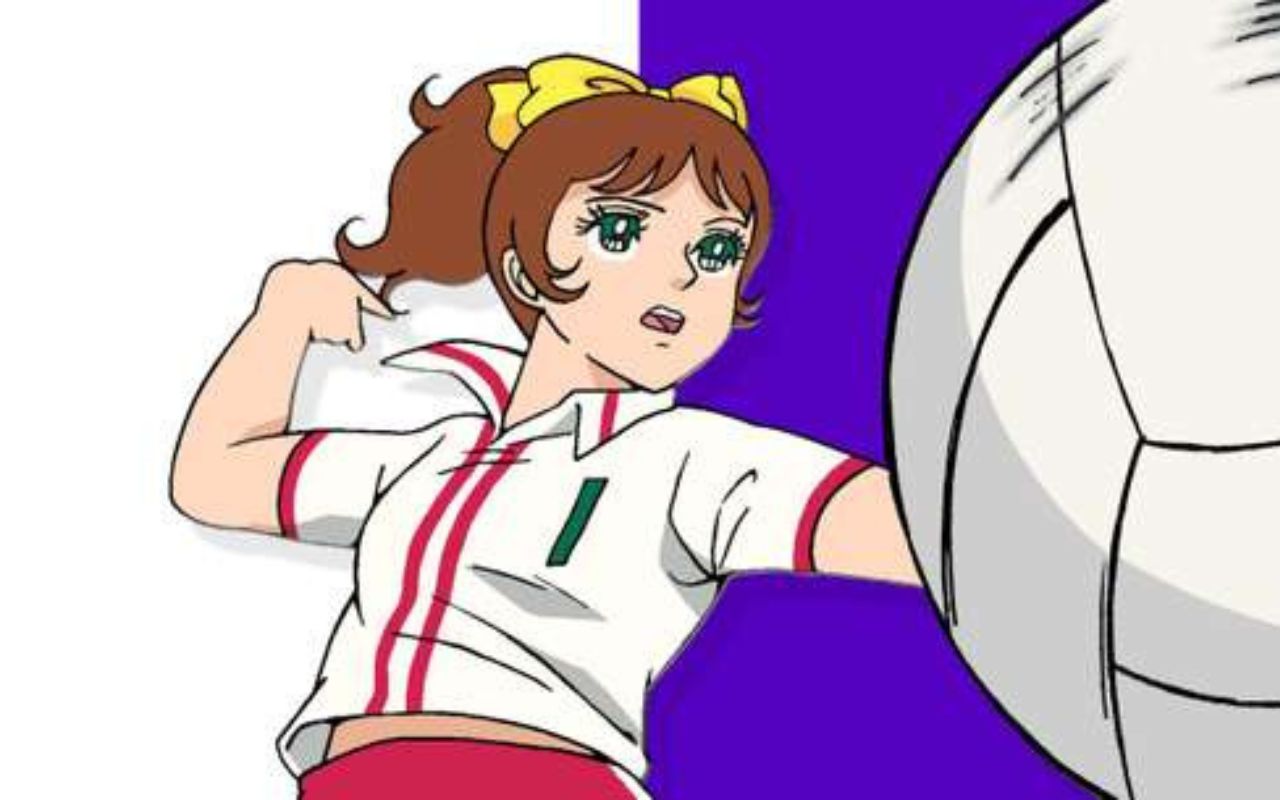 Sports person or not, these volleyball anime are surely going to make your time more fun. Their enthusiasm for what they love to do (play) will boost your spirit to work harder and make you want to play again. There is a fever going around for volleyball anime. It is spreading throughout the world. Don’t be left behind. Surf on the wave of sports animes and enjoy it to the fullest. We are also here to provide you with the best content and information super fast! Watch these anime, or if already did, Check out the article given below.