Most Popular Volleyball Anime Like Haikyuu That You Should Watch 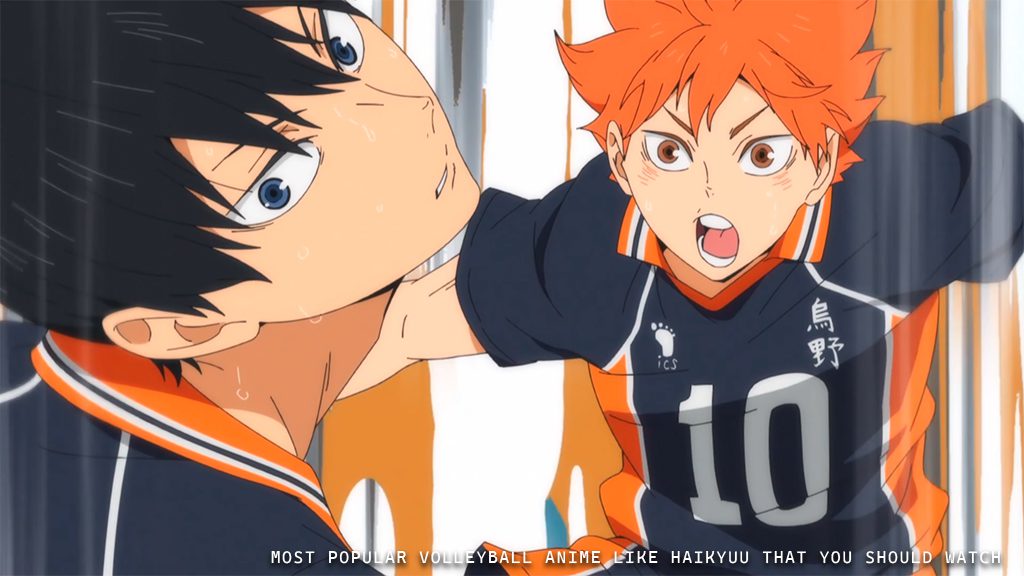 What are the most popular volleyball anime like Haikyuu? Haruichi Furudate is the creator of this sports anime which began serializing in Weekly Shonen Jump on February 20, 2012. The success of the manga led to the anime adaptation, which aired from April 6, 2014, to December 19, 2020, comprising 85 episodes and five OVAs. This anime also has four anime movies. Haikyuu has become an enormous hit since its release. As not only volleyball players praised the anime, but many took an interest in the sport after watching the series.

The anime revolves around Kozue Ayuhara, who joins the volleyball club of her new school. Soon she likes the sport and aims to become the best player and make it to the international. Kozue does become a famous player, but it also comes with darkness, As she had to face the darkness like high expectations, jealousy, and dilemmas. This anime is the creation of Chikako Urano and the manga published in 1998. The anime adaptation aired between 1969 and 1971, comprising 104 episodes. This shojo series was the pioneer of the female sports anime series. It is one of the most most popular volleyball anime that you should watch if you liked Haikyuu.

This volleyball anime is about a flamboyant high school girl, You Hazuki. She lived with her grandparents as her mother left the family when You was young. Later, You moves with her father and step-brother. She soon joins the volleyball club at her school and aims to be a top-class professional player. She wants to play for her country in Olympics. But on this journey to become professional, she faces many challenges like her father being against her playing volleyball and having clashes with her team’s ace Nami Ayase and much more. Jun Makimura created the series in 1984. Later the anime series began airing on April 13, 1984, and have 58 Episodes. Further, after 24 years, in 2008, a sequel series was released.

This anime is not a series but an OVA that aired on October 23, 2009, and is 30 minutes long. This volleyball anime OVA is based on Yoko Nihonbashi’s manga with the same name. The manga series was published by Kodansha in 2005, and the series is still going on. This anime follows Neri Ooishi, a talented high school volleyball player who even captained an elementary school volleyball team, which won second place in the national tournament. However, some unwanted events led her to walk away from the sport. But after joining high school, she again gets into volleyball, but none of her new teammates knew her past and that she was a pro player.

Also Read: Haikyuu: Who Does Kageyama End Up With?

This 2018 anime series is about two “kawaii” girls, Haruka Ozora and Kanata Higa, who are both cousins. Haruka having no idea about beach volleyball but after seeing few girls playing at the beach. She and Kanata join the game, but soon a girl, Narumi, notices the cousins and challenges them in a match. But Haruka and Kanata lost the match, and later its revealed Kanata was once a professional volleyball player and played with Narumi. But because of her short height, she quit the sport. After this encounter with Narumi, Haruka and Kanata start a volleyball team in their school to win the national championship. Harukana Receive is one of the most popular volleyball anime like Haikyuu.

This anime series is a classic that aired in 1977. This anime was created as a tribute to the Japanese women’s volleyball team for winning the gold medal at the 1976 Olympics. The series has 23 episodes, and it follows the story of Mimi Hijiiri, a high school student in her final year. She decides to join the volleyball club in her final year. Mimi brings a new spirit to the volleyball team, who had bad morale after losing a teammate in an accident. This classic volleyball anime series is a must-watch, and those who loved Haikyuu should definitely watch Ashita e Attack.

Are Tokyo and Rio Dating In Real Life? The Money Heist Couple

What does POG mean in Tiktok? Where Can You Use it?