When it comes to being elegant and graceful at the same time, nobody compares to actress Yoo In Na. Here are some of her best K-dramas, picked straight from her chest of filmography! 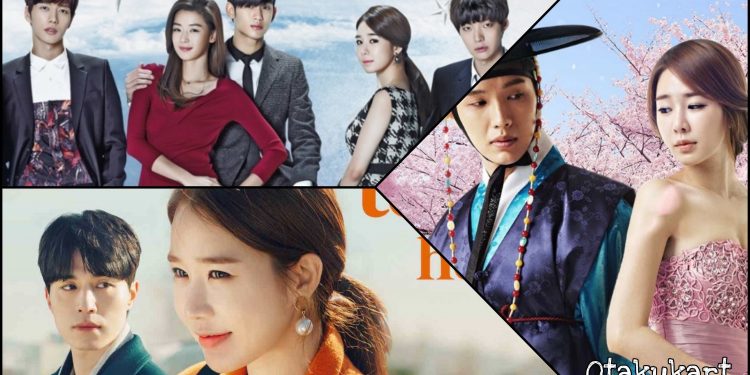 It is now a well-acknowledged fact that Yoo In Na is one of the most attractive and in-demand leading ladies of the K-drama world. With her seemingly ageless beauty and incredible acting skills, she never fails to make an impact on the spectators. Although she has received her share of fame quite late in her career, the actress has been growing as an artist way before K-drama or K-pop was popular beyond South Korea and the other neighboring Asian countries. In fact, she was a K-Pop trainee for many years under various agencies and a DJ as well before she entered the acting industry. Girls, we need to get to know of her skincare routine if we want a flawless beauty like hers!

Her very recent K-drama, ‘Snowdrop’ starring Jung Hae In and Jisoo in lead roles, has been a topic of discussion among the masses. Yoo In Na has been cast as a talented and beautiful surgeon working in a government hospital with a charming but mysterious personality. If the actress has managed to catch your attention already, you don’t need to wait. Hop into more of Yoo In Na K-Dramas and enjoy the variety of roles that she has played.

Yoo In Na stars in ‘My Secret Hotel’ as a cheerful and perfectionist head of the wedding planning section of a luxurious hotel in Korea named ‘The Secret Hotel’. However, when she finds out that her next client is none other than her ex-husband, things get extremely awkward and challenging. Their marriage has been kept secret since they never registered for it in the first place and went separate ways within just 100 days.

On the other hand, Sang-Hyo’s boss Jo Sung-gyeom, the thoughtful hotel managing director, starts falling for her. To make things worse, she gets caught in a murder that takes place at the hotel. One of the earlier Yoo In Na K-dramas, ‘My Secret Hotel’ is not a light-watch drama. Rather, it focuses upon the hardships faced in relationships, something that happens in real life.

The story centers on Ae Jung, a former K-pop idol of the girl group named ‘The National Treasure Girls’ whose career has been suffering ever since her group got disbanded. She struggles to get some airtime on variety shows despite her kind personality. She comes across a top movie star named Dokko Jin, and both of them ends up getting involved in each other’s lives. Jin lands her a role on a new television reality show named ‘Couple Making’ where Ae Jung is paired with a doctor named Yoon Pil Joo.

This marks the beginning of a love triangle between Dokko Jin, Ae Jung, and Yoon Pil Joo, on and off the show. In this K-drama, Yoo In Na’s character is that of Ae Jung’s former group mate, Kang Se Ri, through which the actress has shown has a stronger side of herself.

Although Yoo In Na isn’t the leading lady in the drama, she nails her gentle and supporting character! The show revolves around an alien with supernatural abilities like teleportation and enhances sensing abilities, who lands on the earth during the Joseon period and gets stuck here due to a series of incidents. For the next 400 years, he finds himself doing everything possible on the earth, starting from serving as an official to a medical expert.

One day, he comes to know that his patience has paid off as he will finally be going back to his home planet after three months. However, he unintentionally gets involved with a popular actress named Cheon Song Yi, which marks the beginning of a legendary love story! Yoo In Na plays the role of Yoo Se Mi, the best friend of Cheon Song Yi, whose character holds a lot of importance to the overall plot of the drama.

Most of the new K-drama watchers know actress Yoo In Na from her character of Sunny in one of the most popular K-drama, ‘Goblin’. She plays the second female lead in the series opposite Lee Dong Wook, and their chemistry is sizzling enough to maintain the high value of romance meter in the drama! The story revolves around the immortal 939 years old goblin named Kim Shin, who had died as a cursed general of Goryeo’s military. His ultimate goal in life is to find his bride, who can bring this curse to an end by taking away his immortality. After centuries of waiting, he comes across his bride, who is a high school girl named Eun Tak.

The ill-fated love story of Goblin and a human is sweet, innocent, and painful. Eun Tak works as a part-timer in a restaurant owned by Sunny, who, after meeting the Grim Reaper in his human form, immediately gets attracted towards him. However, they share a strong connection with each other from the past, which might change everything once it comes forth. Both the main plot as well as the secondary plot of this Yoo In Na K-drama are very engaging and keep the viewers hooked.

In spite of being the first time for Yoo In Na to be cast as the female lead in the series, she gives an impressive performance as actress Choi Hee Jin in ‘Queen In Hyun’s Man’. The plot goes to and fro between the period of the Joseon Dynasty in 1694 and the modern-day Seoul in 2012. In 1694, Kim Bung-do is a noble-born scholar whose entire family had been killed in a conspiracy. He wants Queen In-Hyun to be reinstated, who has been deposed owing to the royal concubine, Lady Jang’s evil schemes. A powerful talisman makes Kim Bung-do travel through time from his time to 2012, where he comes across a struggling actress named Choi Hee-jin. She expects a revolution for her career as an actress when she bags the big role of Queen In-Hyun in a TV show.

The love story between two individuals from two different timelines is definitely intriguing to the viewers, especially when the show makers have executed the fantasy world and time-traveling plot this well. The story is not driven by absolute fate. Rather, it depends on the choices of the characters, which makes this Yoo In Na K-drama different from others.

The chemistry between Lee Dong Wook and Yoon In Na was phenomenal in ‘Goblin’, and it would have been a shame to let go of this couple without giving them a drama of their own! While they were indeed adorable and humourous in ‘Goblin,’ their story didn’t go as we had expected. However, the fans have been lucky enough to have their wish fulfilled with ‘Touch Your Heart’. A light and pleasant-watch drama, the show revolves around a beautiful popular actress named Oh Yoon Seo and an arrogant and cold-hearted lawyer named Kwon Jung Rok. While Oh Yoon Seo is pretty well-known for her beauty, as an actress, she needs to work hard on her skills.

When she ends up getting involved in a scandal with the son of a wealthy family, her career starts hitting the bottom. She gets an opportunity to fix her problems by being the female lead for a drama written by a renowned screenwriter. However, something like this can only be possible if she sharpens her skills for playing the character of a lawyer. She starts working under attorney Kwon Jung Rok for a period of three months in order to gain experience. Although Jung Rok isn’t very happy with the situation, he gives in due to his superior’s orders. No doubt, ‘Touch Your Heart’ is one of the best Yoo In Na K-dramas you need to watch!