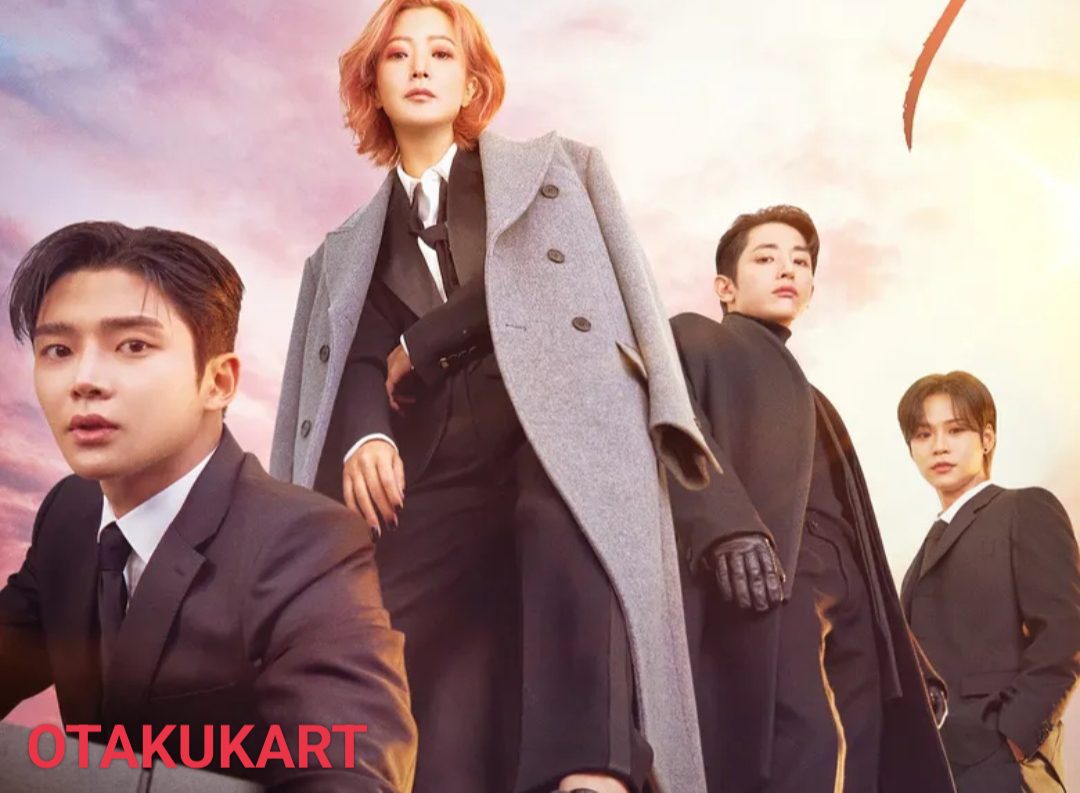 The latest Netflix original K-drama, ‘Tomorrow’ has been stealing the hearts of the audience with its action-packed and heart-wrenching scenes. It has ended up becoming the talk of the community ever since the show started airing. And why not! Based on a webtoon of the same name by Llama, the show brings out the message that self-harm causes no good and tomorrow can be a better day only if we choose to survive, which gives the show its title. For the people who have already read the webtoon and are in love with it, they are guaranteed to enjoy the K-drama adaptation as well since it follows the webtoon quite closely without any major changes. If you haven’t yet checked it out, we will give you not one but six solid reasons to watch ‘Tomorrow’!

The main plot of the K-drama follows an optimistic man named Choi Joon Woong who, in order to get a permanent job, has learned several skills in various fields. However, all his efforts have been in vain. One night, while taking a walk on the streets, he witnesses a man trying to commit suicide. He tries to stop him but ends up falling into the Han river himself, only to wake up as a soul while his body stays in a state of coma. He meets grim reapers, Koo Ryeon and Im Ryoog Gu, who work to rescue people who want to end their lives. He becomes a part of the team while waiting for his body to come out of the coma and save the lives of helpless people.

One of the best reasons to watch ‘Tomorrow’ is its unique take on the underworld theme. The show portrays it as the afterlife monopoly, Joomadeung, which is responsible for the life and death of an individual. With the Jade Emperor as the director of Joomadeung, the company consists of the Guiding Management Team, the Editorial Team, Crisis Management Team, and more, wherein the grim reapers are appointed based on their skills. Becoming an employee at the company guarantees immense benefits and material luxuries in the afterlife or if they take birth again.

In addition to it, the series gives a new twist to the traditional concept of grim reapers. While most of the time, grim reapers are essayed as grey characters, it’s quite refreshing to see a group of them working hard to save people who have given up the will to live. Moreover, they make use of a mobile application to track people who are on the verge of committing suicide which even depicts the negative energy that the person has accumulated inside. Viewers love the way the management is done in this unique underworld.

2. Presence of a Star-studded Cast

The first thing that caught the attention of the viewers was the presence of good-looking and talented actors in the series. Casting veteran actress Kim Hee Sun, who ruled the 90s with her family K-dramas, and the last couple of years with mystery thrillers, was perhaps the best thing the show makers could ever do! The way she nails the cold, fearless and charismatic character of Koo Ryeon, the leader of the Risk Management Team, giving us unexpected fighting scenes as a bonus, is beyond praise. Not to mention how her short pink hair and the red hue on her eyelids make her look so beautiful and cool at the same time, providing the character with a modern touch.

Speaking of Rowoon, this tall and handsome guy is definitely a hot addition to this star-studded cast that we all didn’t know we needed! Playing the character of Choi Jun Woong, he is a cheerful jobseeker who joins the team of Risk Management as a rookie grim reaper. His visual charms, comic timing, youthful and caring side, along with his nature to jump into action impulsively— work wonders in balancing the dark theme of the drama. While Rowoon has now excelled in romantically inclined K-dramas, through this show, he has been able to widen his acting spectrum and work on this action-packed fantasy drama. We can already see how different his character is from that of Haru in the 2019 webtoon-based ‘Extraordinary You’.

Yoon Ji On has portrayed the character of Im Ryung Goo so well that viewers are already demanding him as the main lead in his next project. His performance in K-dramas like ‘Jirisan’ and ‘Memorist’ showcase his prolific acting skills!

Also Read: Best K-Dramas Starring Rowoon To Watch If You Love Him In ‘Tomorrow’!

3. Lee So Hyuk as Park Joong Gil: The Strict and Disciplined Grim Reaper

Let’s be honest, Lee So Hyuk was perhaps born with the charms of being a fierce grim reaper. We have already been swooning over him since his portrayal of the evil vampire Gwi in ‘The Scholar Who Walks the Night’ and Cha Joo Ik in ‘Doom At Your Service’. His deep voice and the presence of a chilling aura around him make him intimidating enough to scare you! However, he has his own share of a painful past, which remains a mystery for more than half of the drama.

4. The Iconic Trio who are Partners in Crime

While nothing beats a trio of crackhead friends who share the same energy, ‘Tomorrow’ has brought in a group of three people who are different from each other in many ways but, when on a mission, are equally potent in breaking the laws. Choi Jun Woong, the youngest of them all, is a certified troublemaker who uses weird but useful tricks to help people come out of their trauma. Whether it’s dragging a comedian out of the toilet to calm down a suicidal woman or dancing in a chicken costume to please a young boy, he doesn’t think twice before making a decision.

On the other hand, Ryung Goo is like a calm and composed grandfather who always sticks to the rules and looks done with the childlike energy of Jun Woong most of the time. Nevertheless, his awe-inspiring visuals and fighting skills are praiseworthy! Coming to Koo Ryeon, despite looking like the wisest and the most responsible grim reaper among them, she just tries to hold back her anger but makes sure to punish the evil even if she has to write a long disciplinary report to the company for breaking the laws. Even though there is hardly any romance in the show, the chemistry between the three leads is exceptional enough to keep you engaged till the end!

The way ‘Tomorrow‘ deals with the realistic stories of ordinary people who want to end their lives is capable of aching even the toughest hearts. It throws light on the fact that nobody is so weak-hearted that they would choose to commit such a sin over living. A lot of time, it’s unbearable to take the lemons life presents us with. Sometimes, when people have no other choice but to escape their sufferings, they think their last resort is committing suicide. With so many sub-stories in the show, of people from various walks of life, you can never go out of reasons to watch ‘Tomorrow’.

Starting from sensitive issues like school bullying and sexual assaults to mental illness and nepotism, the drama showcases the painful wounds that break a person, both physically and mentally. All it needs to change a person’s perspective of life is some powerful and effective words from people who genuinely mean them. The cases are generally quite triggering, so get your tissues ready before binge-watching the drama!

6. The Unpredictable Plot that Keeps the Viewers Hooked

Since the drama is packed with diverse sub-stories, there is no way one will get bored at any point in the show. Every episode is unique, with a whole different case that the members of the Risk Management Team have to solve while the center plot runs in the background. We have seen such a similar take in K-dramas like ‘Hotel Del Luna,’ ‘Bring It On, Ghost,’ and ‘Mystic Pop-Up Bar’ where the leads team up to solve different cases. So we already know this show is good at keeping the viewers till the end.