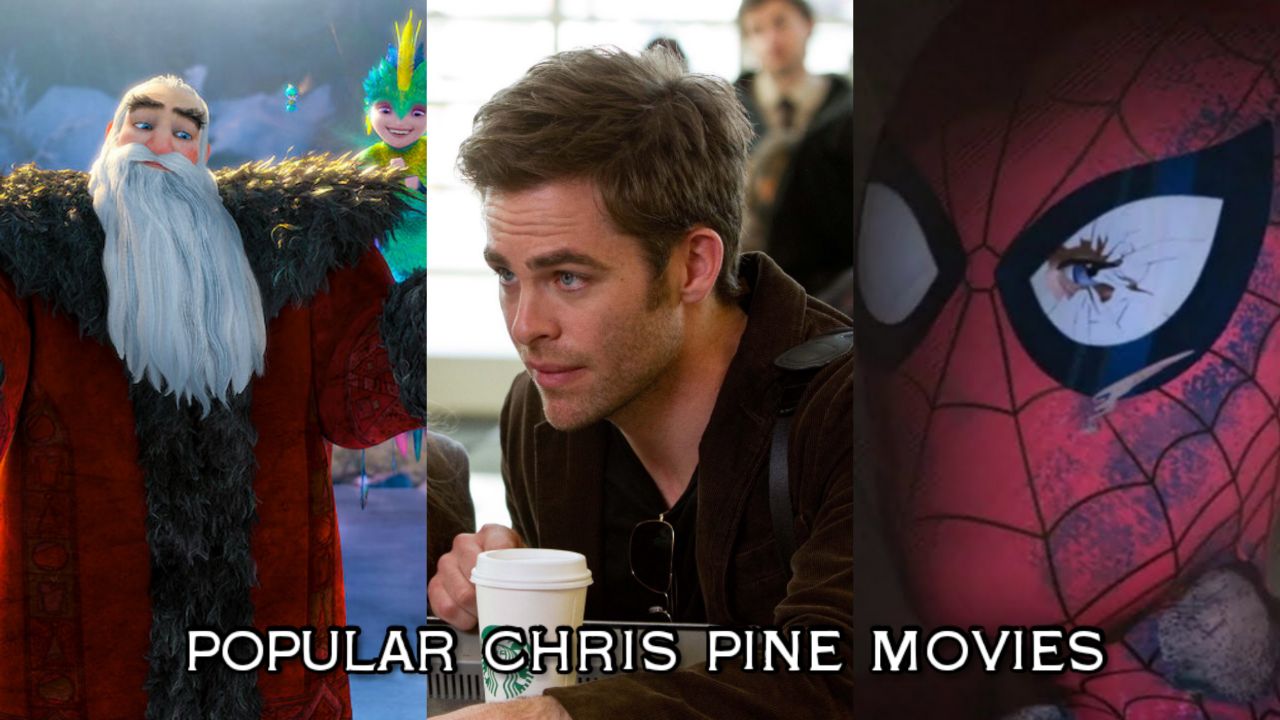 We all know who Chris Pine is, the famous actor who has been starring in several movies. His acting skills are well known in the Hollywood space. Born in Los Angeles, Chris made his first debut in the Princess Diaries 2: Royal Engagement, in which he was alongside Anne Hathaway. He started growing as an actor with every new film that he made. The performance of Chris was mind-blowing in Star Trek movies. We have a list of all the popular Chris Pine movies, which are ranked according to their popularity and the positive responses from the audiences and critics.

Talking more about the personal life of the actor, both his father and mother were actors. His early roles in the movies such as Princess Dairies 2 were not in the limelight. But because of his performance in Star Trek movies, people started recognizing him. Gradually, he became a star and started getting more wonderful plots. Currently, he is working on new projects and upcoming films, so we can expect another masterpiece from Chris Pine. Now, let’s see what’s on the list of Top 10 Popular Chris Pine Movies that are ranked from worst to best. Well, we cannot say that the one in the 10th position is the worst as every movie is great.

Unstoppable is a 2010 movie starring Chris Pine as one of the main cast, alongside Denzel Washington and Rosario Dawson. It was a movie with good reviews, but later, many new and good movies starring Chris Pine were released, so this looks perfect at 10th position on the list of popular Chris Pine movies.

Talking about the plot, it is truly based on a real incident where two men try their best to stop an uncontrollable train. This movie collected around $160 million, and the cost of the movie was just $90 million. Furthermore, it was an action thriller film that was so good that it got nominated for Oscar but unfortunately couldn’t get the award.

Chris Pine was also involved in a comedy-drama film, and his acting was well enough to steal the heart of the audience. The movie was Bottle Shock, a 2008 film that stars Alan Rickman, Chris Pine, Bull Pullman, and Rachael Taylor as the Main Cast. The director of the movie was Randall Miller, and the Producers were Jody Savin, Marc, Brenda Lhormer, J. Todd Harris, Marc Toberoff, and Randall Miller himself.

If you know about the competition, ‘Judgment of Paris’ that was held in 1976 in Paris, well, the story of Bottle Shock is based on that competition, but with hilarious scenes and dialogues. The performance of Chris was par excellence because of which the movie garnered a lot of positive reviews for the film.

The next among Popular Chris Pine Movies is People Like Us. The story shows how the protagonist, Sam Haper, who is a struggling trader in New York, deals with several challenges. Life becomes tougher when Federal Trade Commission investigates because they claim that Sam has violated federal law.

This was still not bad, but the story begins when his father dies and he visits his mother. Well, the movie is a 2012 American drama movie starring Chris Pine as Sam Harper. Other main casts were Elizabeth Banks, Olivia Wilde, Jon Favreau, Michelle Pfeiffer, and Michael Hall. Furthermore, the director of the movie was Alex Kurtzman.

Star Trek Beyond is a 2016 American movie starring Chris Pine, John Cho, Simon Pegg, Zachary Quinto, Zoe Saldana, Karl Urban, Anton Yelchin, and Idris Elba as the main cast. It was released on July 22, 2016, in the USA, and it was a hit movie with many positive reviews. People loved everything in the movie, such as the acting, plot, music, and more. Also, this movie was nominated for the best hairstyles and makeup.

Furthermore, this movie was a tribute to Anton Yelchin and Leonard Nimoy, who perished a month before the release and in pre-production, respectively. This was certainly disheartening for the audience, but the movie was certainly a hit at the box office with a collection of $343 million.

6. Rise of The Guardians

Rise of the Guardians is an animated movie, but it stars an animated Chris Pine. This movie was released on November 21st, 2012, in the USA. Also, it collected around $306 million on a budget of just $145 million. The movie is of 97 minutes, but none of the seconds seems boring or worthless.

The level of the animation and story was highly engaging, resulting in it being nominated for Annie Award for Best Animated Feature and Golden Globe Award for Best Animated Feature Film. Also, the distributor of the movie was the popular Paramount. Furthermore, in the story, the Guardians such as Santa Claus, Tooth Fairy, Sandman, and Easter Bunny want Jack Frost to fight and stop evil Pitch Black from doing the wrong deeds.

Wonder Woman, a well-known name among the fans of DC, is the next on the list of popular Chris Pine movies. The movie is Wonder Woman 1984, which was released in the year 2020. Well, this sequel was in the making since the release of the first movie Wonder Woman, a 2017 movie.

But, this was kind of impossible for the team because of the COVID outbreak, so they started delaying. Finally, the movie was out in the theatres and started streaming on HBO MAX in November 2020. But the movie’s performance at the box office was not too good as you predicted because of COVID. However, it became the most-watched film of 2020 on the streaming platform. So, that was the success of Wonder Woman 1984. Furthermore, Chris Pine was the Lady’s past love.

The next among the popular Chris Pine Movies is Hell or High Water. It was released in 2016, and it is a neo-Western crime film that collected $37 million at the box office on a budget of $12 million. Let’s not judge according to the million-dollar. It was an amazing movie. People certainly loved watching it, resulting in it being nominated for not only Oscars but many other awards too.

All these nominations were for the best actor, screenplay, editing, and much more. The performance of the starring actors such as Chris Pine, Jeff Bridges, Ben Foster, and Gil Birmingham was appreciated the most.

You must have heard of or watched Star Trek many times, and you must know the level of the movies under the Star Trek Franchise. So, let’s keep Star Trek into Darkness on the list of Popular Chris Pine Movies.

It was released in 2013 and was a blockbuster at the Box Office. It collected $467 million, whereas the budget of the movie was just $190 million. Also, the movie received a positive response from both the viewers and the critics.

Star Trek is an American Sci-Fi movie that was released in 2009. This movie was nominated for numerous awards, such as four Academy Awards and more. Also, the movie won one award for the best makeup, and this was a great moment for the team.

The reason was that the Star Trek Franchise got its first award. Furthermore, the budget of the movie was $150 million, but it collected around $380 million at the box office. It was absolutely a victory for the franchise at that time.

Into The Woods is the best one on the list of popular Chris Pine Movies. It is a 2014 musical fantasy movie that was a hit at the box office. It collected around $213 million, and the budget of the film was just $50 million. Furthermore, it was nominated for three Academy Awards and three Golden Globe Awards.

Also, it was among the top 10 best movies of 2014. The movie deserved all these achievements as it received several positive responses, and people praised the acting skills of the starring characters, including Chris Pine, who was one of the main Cast.