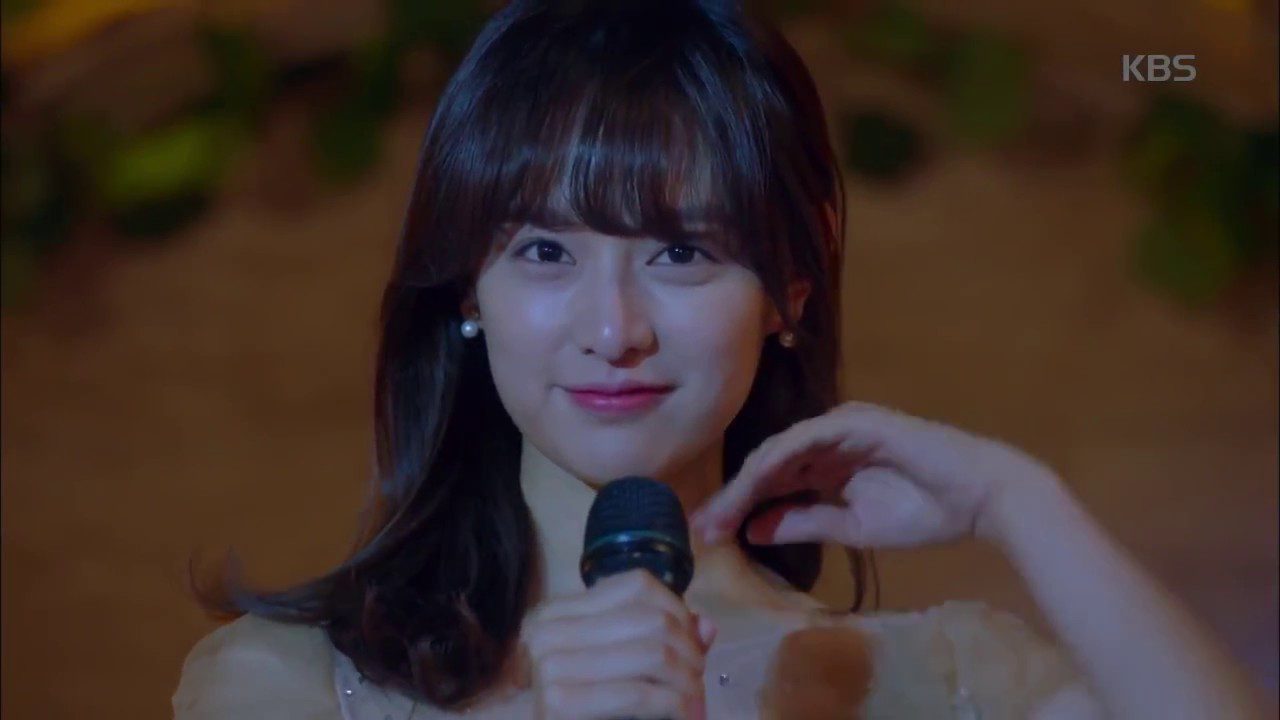 It is next to impossible for K-drama watchers not to fall in love with all the handsome Oppas and cry over the heartbreaks of the second male leads. In fact, the girls dream of having a boyfriend like them who will decorate the entire amusement park for their girls and give them a piggyback ride! While it might seem like people don’t pay much attention to K-drama female leads, some of the fan-favorite K-dramas have gotten the recognition it deserves because of the well-executed female leads’ characters! Apart from the soft and adorable ones, we have been blessed with some incredibly brave and strong female K-drama leads who shine as endearing girlfriend material every guy would atone to date in real life!

Here is a list of all those female characters who have been certified as great girlfriends, worth all the love and pamperedness from her man! Let’s check them out!

To begin with, thanks to Kim Hye Yoon, who has been able to bring the character of the bubbly and cheerful Eun Dan Oh to life this beautifully! Dan Oh is a sweet and sassy teenager who seems like an ordinary high school girl but is determined to change her fate as an extra character in a webtoon. However, what makes her special is her personality, with is like a refreshing breeze of air representing youth. 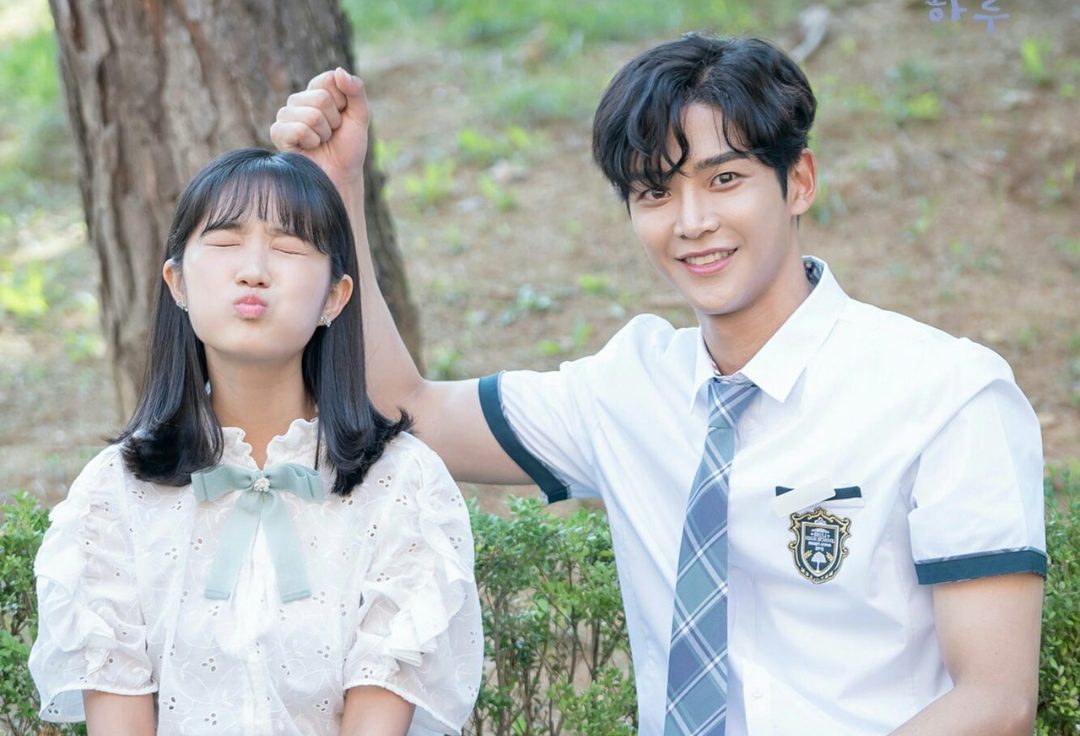 Not only does she sticks to Haru from the very beginning, even before he had a name, but she also teaches him almost everything. No wonder he showers so much of his love and attention on her as if there’s no tomorrow. Moreover, Dan Oh’s personality of being impulsive and loud compliments Haru’s character so much that it makes the audience fall in love with them. She makes sure to make him comfortable all the time and takes his stand in front of the arrogant and glib Baek Gyung.

A woman who can take a bullet for her man, how can we not include her in this list! Not to mention, Shim Chung swims along for about three months in order to find the love of her life! Well, technically, she is a mermaid, but that shouldn’t be a reason to take her out of the list, should it? Despite knowing that as a mermaid, if she continues to live on the land for a longer period of time, she would face death, she refuses to let go of her love again. 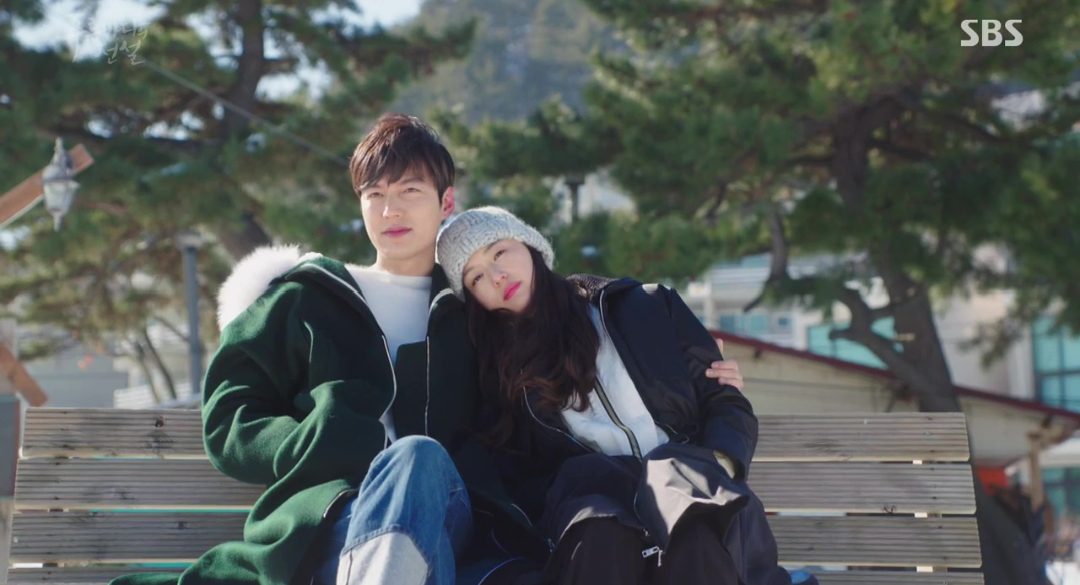 A girlfriend who can entertain you all day by being curious and cute at the same time gets flustered because her man pats her head and listens to him. Which sane guy would not fall for a woman like her! The way she gets shy at the tiniest romantic acts of Joon Jae showcases how sincere her affections are towards him.

One of the most powerful and badass female leads we have ever come across within the K-dramaland is Itaewon Class’s Jo Yi Seo, a school graduate known for her sociopathic personality. She is almost a genius with a bright future ahead of her and a type of person who doesn’t give a damn about what people think about her. Unexpectedly, after crossing paths with Park Saeroyi a few times, she grows so fond of him that she gives up on entering university in order to help him build a strong foundation for his restaurant and bar, Danbam. As an active manager of Danbam, she works hard day and night, leaving her home behind. 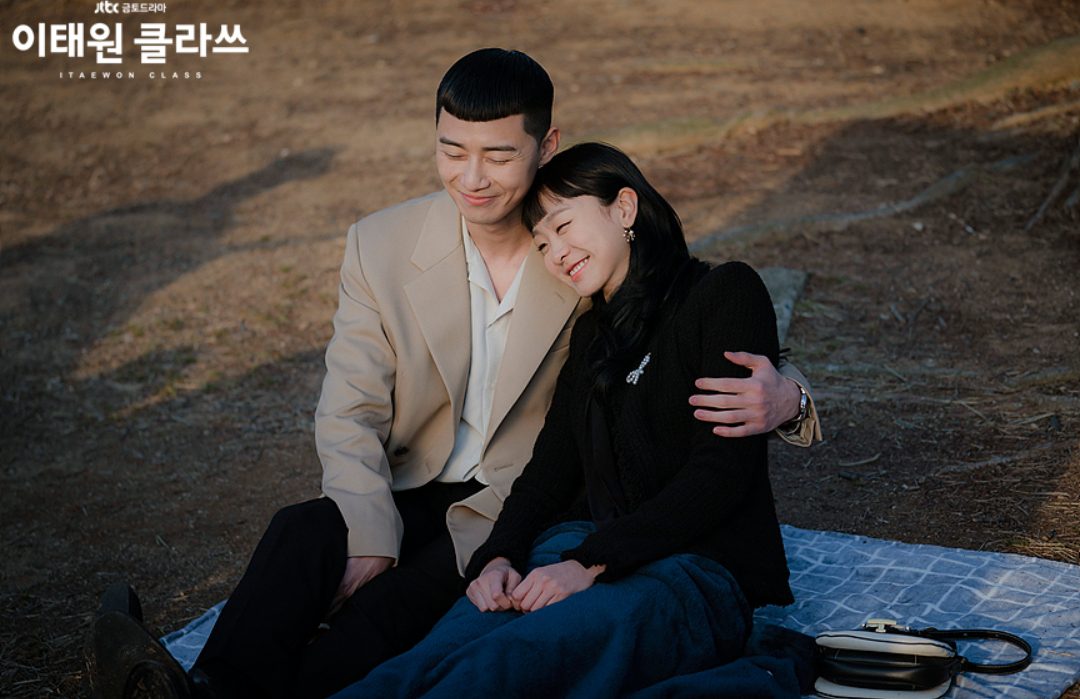 Despite being fully aware of the fact that Park Saeroyi is hopelessly in unrequited love with his schoolmate and is still friends with her, she doesn’t step down and keeps supporting him in her own way. Had it not been for Yi Seo, Saeroyi would never have been able to avenge his father’s death and bring down his rivals. Thankfully, her perseverance pays off as she wins the heart of Saeroyi long before he even realizes. If she isn’t an ideal girlfriend material for every man, who else is!

It might be an unpopular opinion, but Ku Moon Young is a girlfriend every guy like Moon Gang Tae needs, if not wants, in his life! She is bold and impulsive and nothing like a typical K-drama girlfriend who would make sacrifices for the well-being of her love. For a person like Gang Tae, who longed for his mother’s love despite living under the same roof with her and felt neglected before his autistic older brother, Moon Young enters his life as someone whose heart belongs only to him. She helps him have a life of his own, beyond being just a caretaker of his brother.

Moreover, the amount of character development she undergoes is insane! From being an empty vessel to a woman with significant emotions who not only loves Gang Tae but also cares for his brother, Sang Tae, like her own family, Moon Young definitely has come a long way. 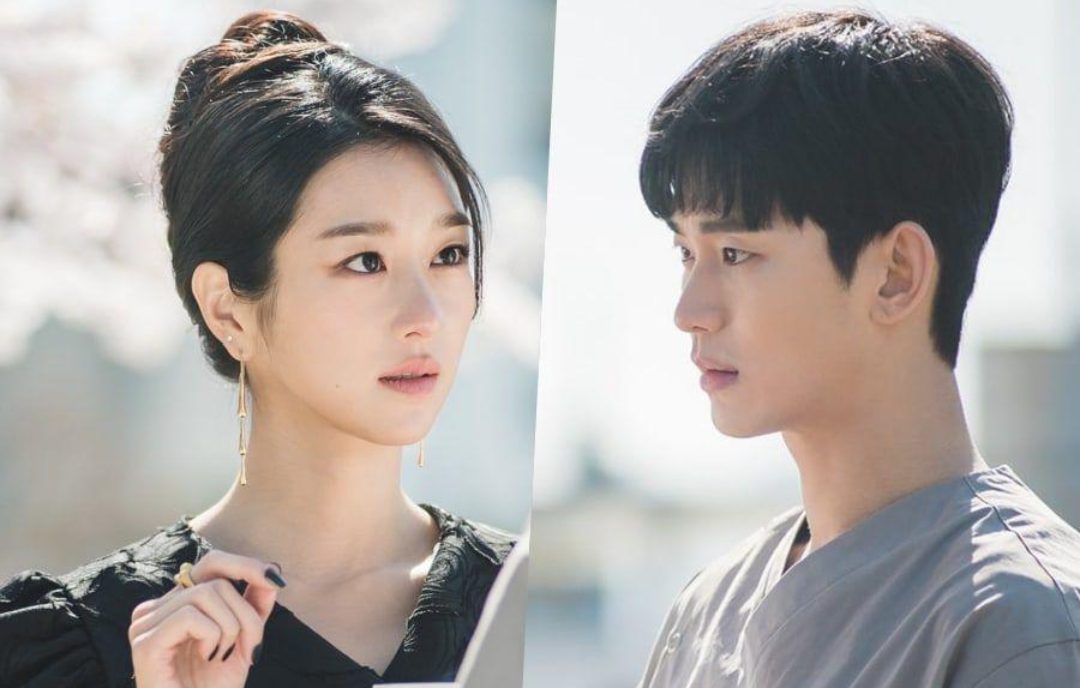 Not to mention how she was willing to let go of her resentment towards her mother to keep her promise to Gang Tae. Towards the end of the series, when her mother was provoking her to kill her, Moon Young makes the biggest decision of her life by choosing her love for Gang Tae over her hatred towards her mother. Definitely not a conventional catch, but Ku Moon Young still stands out as one of the most iconic K-drama female leads! Remember the exclusive variety of designer outfits that Ku Moon Young carried throughout the series? They were definitely made up of girlfriend material!

No doubt, Ryan Gold from ‘Her Private Life‘ is one handsome, sophisticated and loving boyfriend that every girl would die to have. However, Sung Deok Mi is equally appreciable as a perfect woman who absolutely deserves the love of Ryan Gold. Initially, we find her obsessed with a K-pop idol named Cha Si An, who even runs a fan account in his name. However, when she falls in love with Ryan Gold, we get to see a more mature side of her. She doesn’t force her man to open up about his traumatic childhood experience, which bounds him from being an active artist again. Instead, Deok Mi becomes the only family he can rely on who is always there by his side to let him cry on her shoulders. 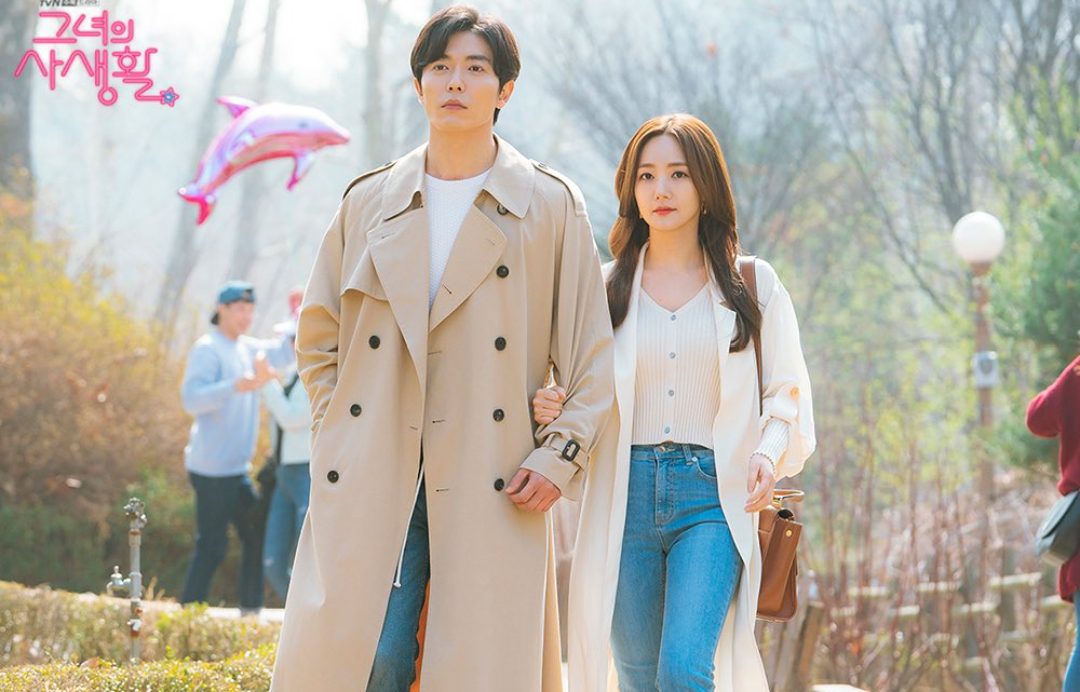 She takes small steps to inspire him into painting again and eventually succeeds in doing so. With top-notch acting skills and her ability to create insane chemistry with her co-star, Park Min Young makes the character of Sung Deok Mi extremely lively and likable.

Choi Ae Ra from ‘Fight For My Way’ is not only a fan favorite K-drama female lead but also one of the best girlfriends one could ever have. Despite being in love with Dong Man, her childhood friend, for a long time, she keeps prioritizing her friendship over a romantic relationship with him again and again. She locks her feelings for him in one corner of her heart, steps back, and wishes him a happy life when he falls in love with someone else. Throughout the time he kept breaking up and getting back with his undeserving ex-girlfriend, Ae Ra silently cheers him up and supports him. 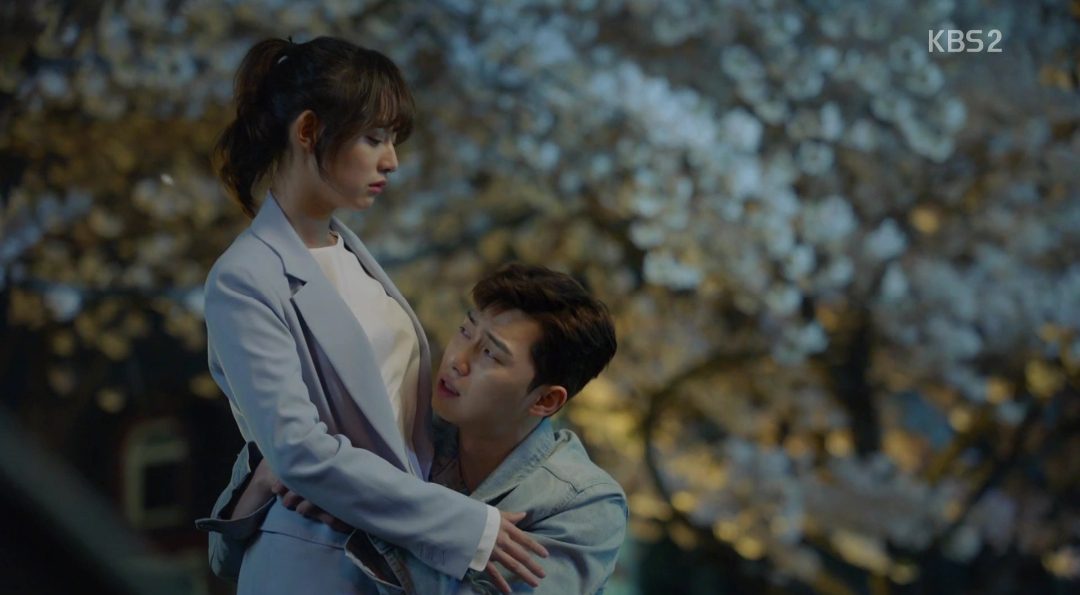 Despite being unsupportive of Dong Man’s dreams of winning the championship in fighting again because of the potential dangers involved, she still goes to watch his debut match secretly. One of the most powerful moments of the show which proves her love for him is when Dong Man loses his hearing temporarily after getting injured in a professional fight. Not only does she take care of him every day for almost two weeks, but she also serves as emotional support to a helpless Dong Man. On top of being extremely sensible and selfless, Choi Ae Ra is known for her aegyo, which is one of the most hilarious scenes of the series!