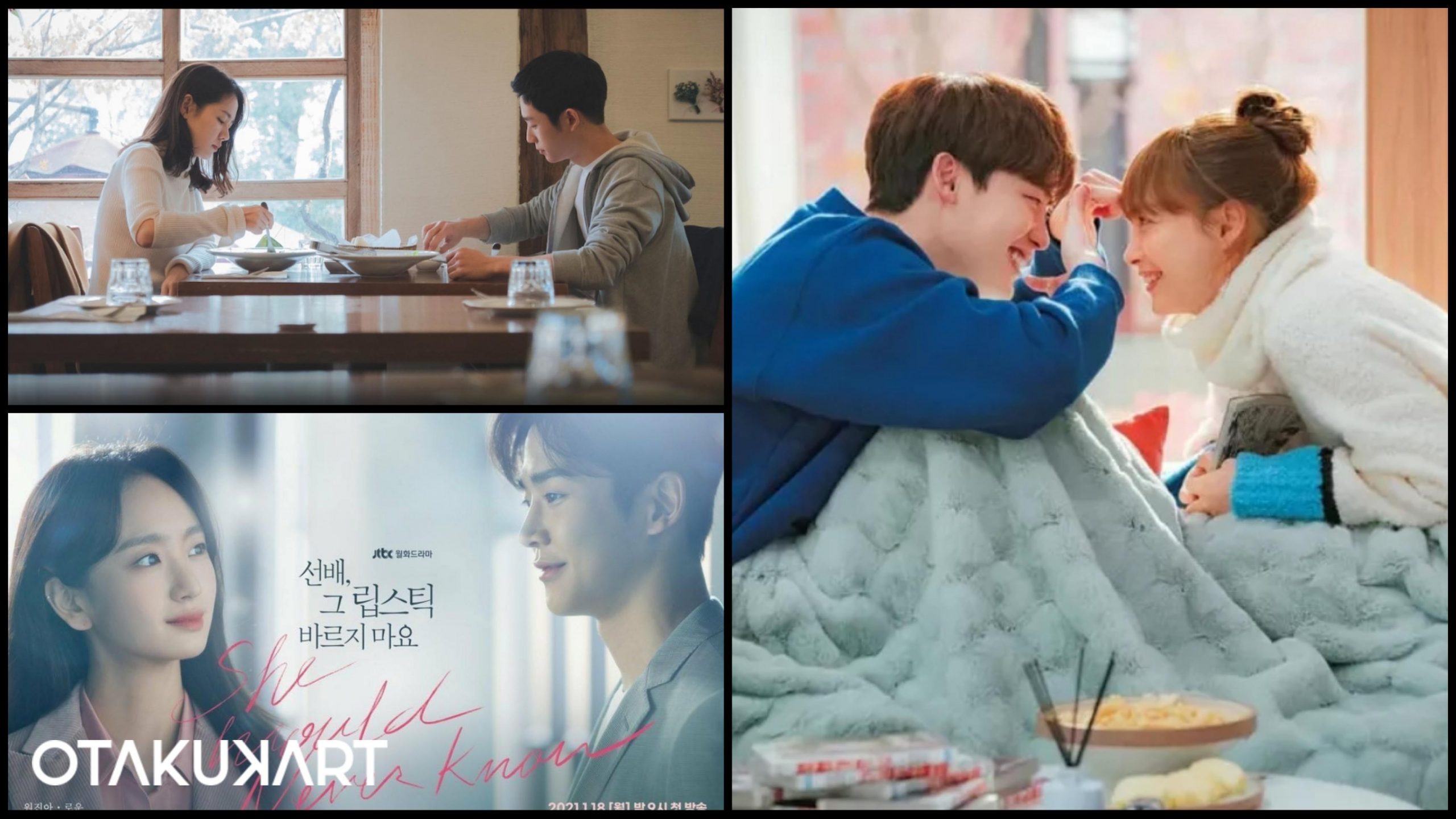 The loyal fans of the latest office romance K-drama’ Forecasting Love and Weather’ must be deeply distressed now that the drama is advancing towards the end. Starring two of the most popular Korean actors, Park Min Young and Song Kang in lead roles, the show generated a strong hype in the community as soon as it premiered. There is always a tint of freshness in office romance K-dramas if handled in the right way, especially if they star the glamorous office-romance queen, Park Min-young! It won’t even be a surprise if you can’t get over a show like this that detoxes your mind and soul with all types of stress and pressure. So here we are with a list of the top six best K-dramas similar to ‘Forecasting Love and Weather’ that you might have a good time watching!

Forecasting Love and Weather is currently one of the most popular K-dramas, broadcasting on the JTBC channel. The show chronicles the love story between a younger man and an older woman employed at a weather forecasting agency.

Like ‘Forecasting Love and Weather,’ the drama centers on individuals working for a television station as weather reporters or anchors. It primarily follows the story of news anchors Lee Hwa Shin and weathercaster Pyo Na Ri, who have been colleagues at the SBC broadcasting station for a long time. While Hwa Shin is a proud star anchor with great family background and qualifications, Pyo Na Ri is a dork full of insecurities that hides her true potential. Looking for ways to earn the title of the station’s MVP employee, the two equally competitive employees begin to see each other as rivals. Unbeknownst to Hwa Shin, Na Ri had a crush on him for three long years before she met Go Jung Won, a close friend of Hwa Shin. 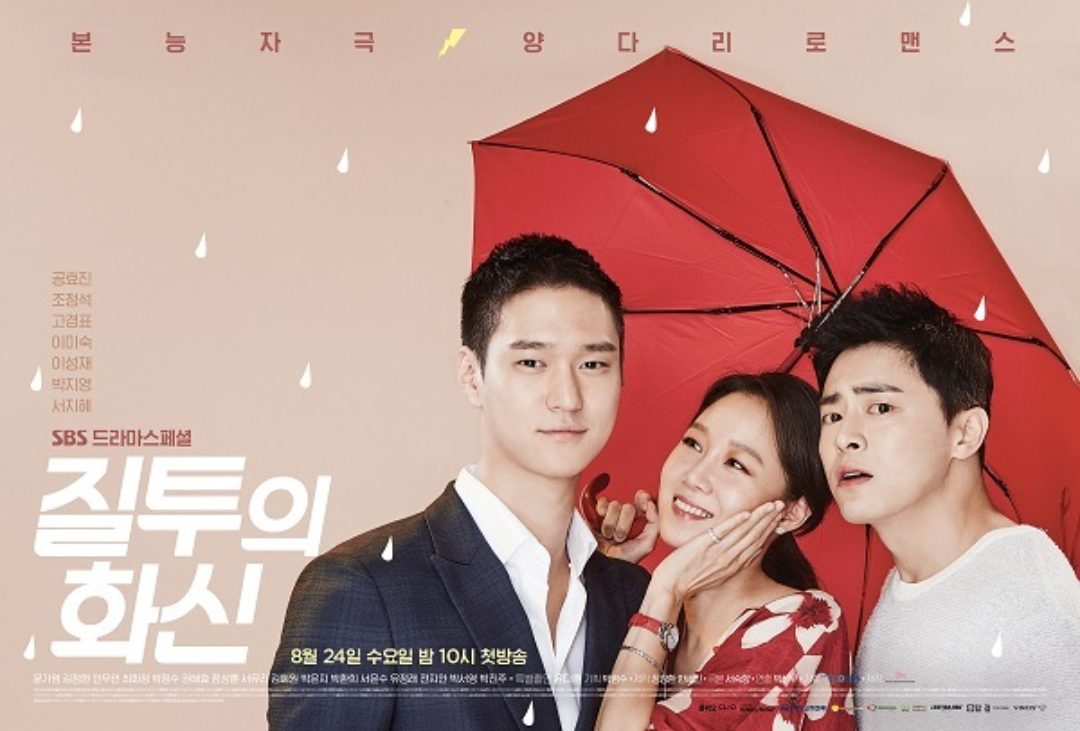 While we can already sense a love triangle from far away, the jealousy of Hwa Shin over the close friendship of Na Ri and Jung Won is the highlight of the show! Undoubtedly, ‘Jealousy Reincarnate’ is a messy K-drama, but who doesn’t need such shows in a while that reminds us of the joys of friendship, love, life, and sorrow!

Another K-drama that we have found similar to ‘Forecasting Love and Weather’ is Rowoon and Won Ji Ah’s office romance series, ‘She Would Never Know’. The narrative follows an ambitious marketer named Yoon Song Ah, who has big dreams of establishing her own cosmetics brand in the future and works hard from morning to evening to achieve her goals. Mesmerized by her personality, work ethic, and dedication, a rookie marketer, named Chae Hyun Seung, working at the same company as her, begins to pursue her. He sticks to chasing her even though she has no desire to date a younger man and thus rebuffs his advances. A live-action adaptation of the original hit webtoon, ‘Senior, Don’t Put on That Lipstick,’ the show is a must-watch for all rom-com lovers. 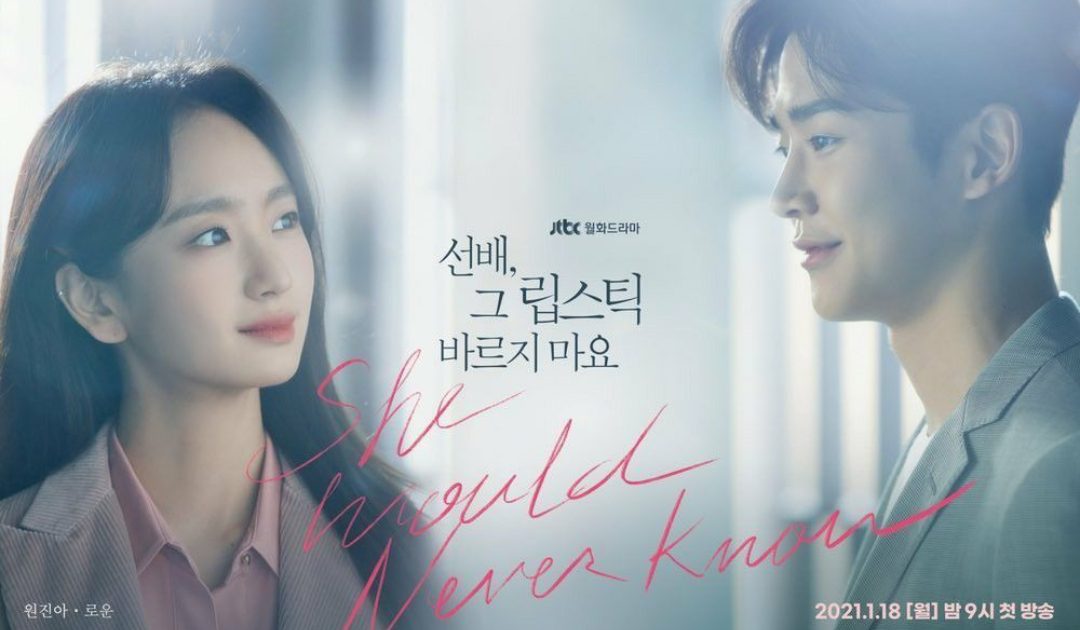 Mostly set at Incheon Airport, ‘Where Star Lands’ revolves around the interactions between a clumsy and cheerful woman named Han Yeo Reum and a mysterious man with a secret named Lee Soo Yeon. While Han Yeo Reum is an extraordinary member of the Passenger Services team who strives to make the right decision over abiding by the rules, Lee Soo Yeon is a cold and lonely man who maintains his distance from everyone he interacts with. Despite being polar opposites, as the two individuals begin to interact, initially starting off on the wrong foot, love blooms between them.

‘Where Star Lands’ is a heart-warming show and can be considered a hidden gem in the K-dramaland. Not only does it give an insight into the workplace of an airport, but it also has a big mystery element involved in it.

Although there are some similarities between ‘Search: WWW’ and ‘Forecasting Love and Weather,’ the former is on the more mature side. It follows the core cast of three women in their late thirties and the wins, losses, and conflicts that one experiences while working. The three of them, Bae Ta Mi, Song Ga Kyeong, and Cha Hyeon, are employed at the top two companies in South Korea. Although Bae Ta Mi has worked her butt off in order to achieve the success she has today, she had to compromise on her personal happiness, like getting married and having children.

As a determined workaholic, she doesn’t have time to date anyone. When she comes across this gifted music composer Park Mo Gun, a younger man in his 20s who makes music for video games, she starts developing feelings for him. ‘Search: WWW’ is a compelling female-centric series that is going to give you major slice of life lessons.

‘Forecasting Love and Weather’ happens to be pretty similar to the 2019 rom-com, ‘Romance is a Bonus Book’ but has a different setting. A Noona-dongsaeng office romance, the story revolves around two individuals, Kang Dan Yi and Cha Eun Ho, who meet in childhood and establish a close friendship over time. While Kang Dan Yi treats Eun Ho as a little brother, the latter has always been having strong feelings for her. While Eun Ho becomes a popular writer and the editor-in-chief of a publishing company, Dan Yi establishes a career in copyrighting. 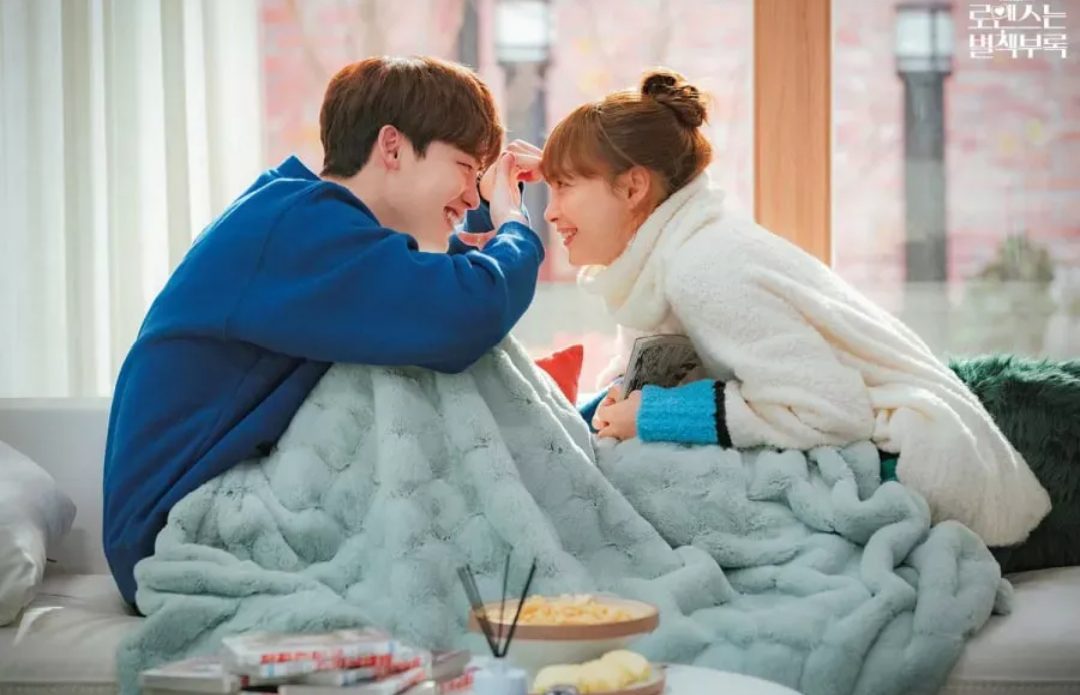 Romance is a Bonus Book

However, the current situation of Dan Yi, after years, is no less than a divorced single mother in need of a job desperately. Despite her determination to get hired, she realizes that getting a job after a career break is harder than expected. Dejected and tired of all the rejection, she reluctantly decides to lie about her educational background and gets hired as a task supporter in the same company as Eun Ho. Gradually, he finds his heart getting drawn to Dan Yi again as they begin to spend more time at the workspace.

Dubbed as one of the most beautiful rom-coms, ‘Something in the Rain’ gives a view of the struggles a younger guy and an older woman face in a relationship while being a part of a judgemental society. It centers on Jin Ah, a woman in her mid-thirties who works as a district supervisor for a company. However, when it comes to her love life, she has been having a stroke of hard luck with guys dumping her for her reckless and clumsy behavior. When Joon Hee, the brother of her best friend, returns from working abroad, things begin to take a turn.

Something in the Rain

From being “just acquaintances” whom Jin Ah remembers as a kid to seeing Joon Hee as a fine man, their re-encounter turns out to be interesting. They gradually get over their insecurities and come out as a happy couple in front of the public. The show also tackles the unspoken sexism that takes place openly in South Korea at the workplace and how the female employees have to bear with mistreatment, discrimination, and sexual harassment from their male superiors.

Also Read: K-drama Female Leads Whom Your Mom Will Love Too!