Here we present you the top 12 Koji Seto dramas and movies to watch! Koji Seto is a Japanese actor and singer who has delivered numerous remarkable performances throughout his career. He debuted as the main lead in the Japanese drama Rocket Boys in 2005. Since 2005 Koji Seto has been actively performing in multiple television shows, entertainment programs, and countless movies. He was also selected as one of the promising actors and actresses, ranking 7th in a poll conducted by Oricon in 2010. Koji Seto gained a huge fanbase after his debut as lead role Wataru Kurenai in Kamen Rider Kiva.

Besides the lead roles, Koji Seto has worked in various dramas and movies as supporting roles such as Abarenbo Mama, Otomen, Gou- Himetachi no Sengoku, Tokyo Airport, Asa ga Kita, etc. There also, his hard work has been paid off. There is not any genre that Koji Seto has not done! He has presented in every genre, be it action, comedy, romance, horror, crime, or period drama. Some of his workpieces are well famous among international viewers, such as Kamen Rider series, Lupin no Musume series, Sadako series, etc. Therefore, we have chosen some of his shows that you must not miss and thus made the top 12 Koji Seto dramas and movies. Each workpiece reveals different features, different colors of Seto Keji. And thus making you fall in love with him once again!

From 2005 till now, Koji Seto has performed in numerous dramas and movies, showcasing his different sides. He has been in the Japanese entertainment industry for more than 15 years. In those years, he dedicated himself to various shows, music releases, and movies. His list of dramas and movies is pretty long, considering his hard work and passion for acting. Therefore, the following list does not contain all of his dramas and movies but only a few selected, revealing you Koji Seto’s different charms!

Runway Beat is a light-hearted youth friendship Japanese movie. The story revolves around a transfer student, Biito ‘Beat’ Mizorogi, who possesses excellent talent in fashion design. And thus, the journey begins with Beat Mizorogi bringing his classmates together to stage a fashion show for the school’s annual festival. 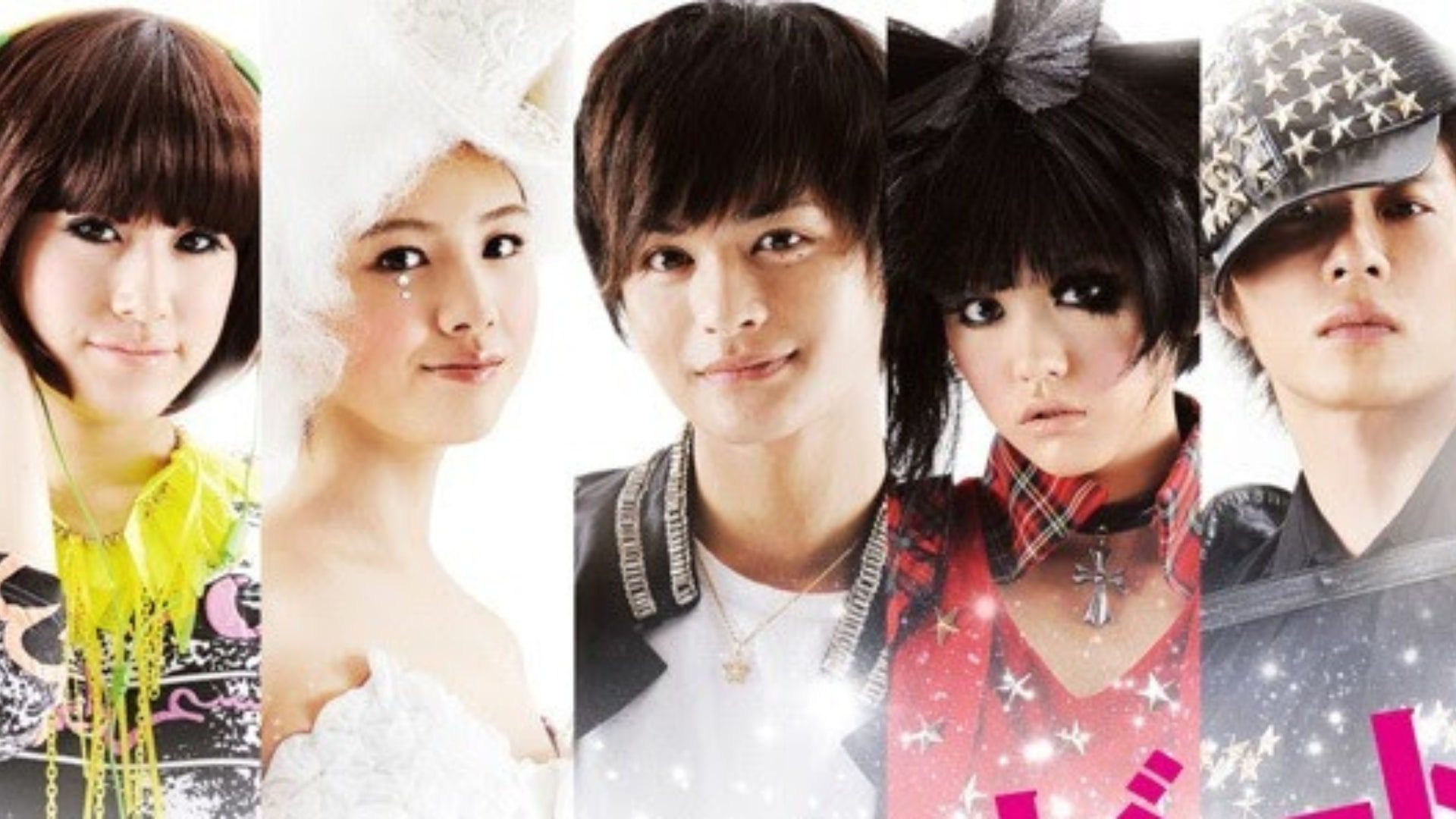 The drama gives a glimpse into youth’s struggle and passion towards their dreams in a humorous way! If you enjoy those exaggerated jdramas, the extra comical feature but a good plotline, Runway Beat will match your taste. It is one of those dramas where we see Seto Koji’s younger and passionate student look. Therefore, it comes on the list of Koji Seto’s dramas and movies.

The Japanese movie, Lupin’s Daughter: The Movie is the third installment of the Lupin series. It is based on the novel named ‘Rupan no Musume’ by Dai Yokozeki. It shows The Mikumo family’s next attempt for their biggest heist to date. For that purpose, the family travels abroad. 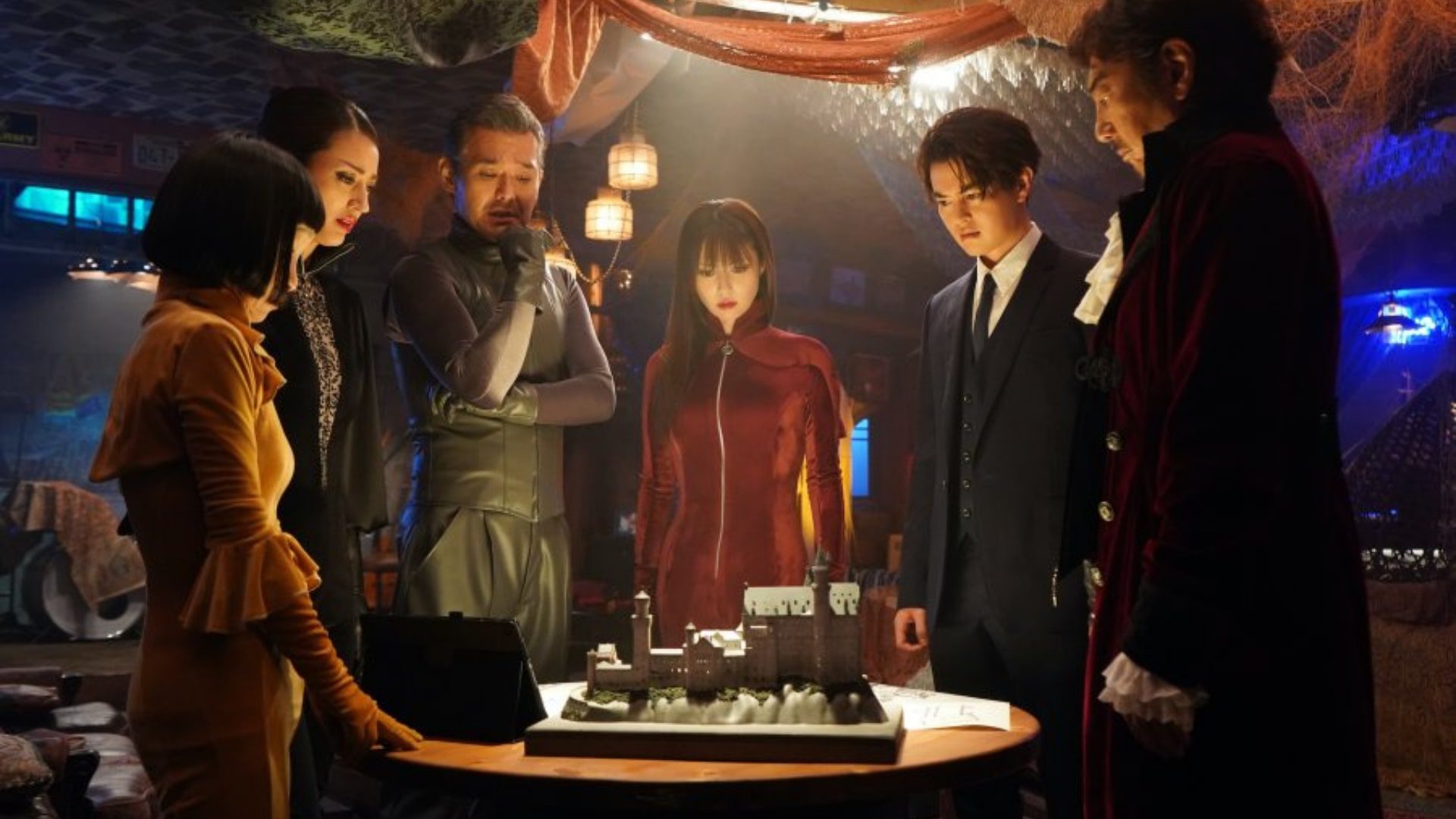 It is another blast of action-comedy-romance of Koji Seto that fans must not miss! The movie premiered on 15 October 2021 in the theater. Therefore, it will take some time before international viewers get to watch it.

After her mother’s death, Kurashita Tsukimi turns off all connection with the outside world and locks herself in the sanctuary of her room. Years later, she has become an illustrator who pursues her dream from inside the four walls of her safety. She deeply loves jellyfish and always hopes to wear a dress implicative of this beautiful creature. However, with her mother’s passing, she becomes too afraid to step outside. But now, a new chapter of her life will begin with the entry of Koibuchi Kuronosuke. 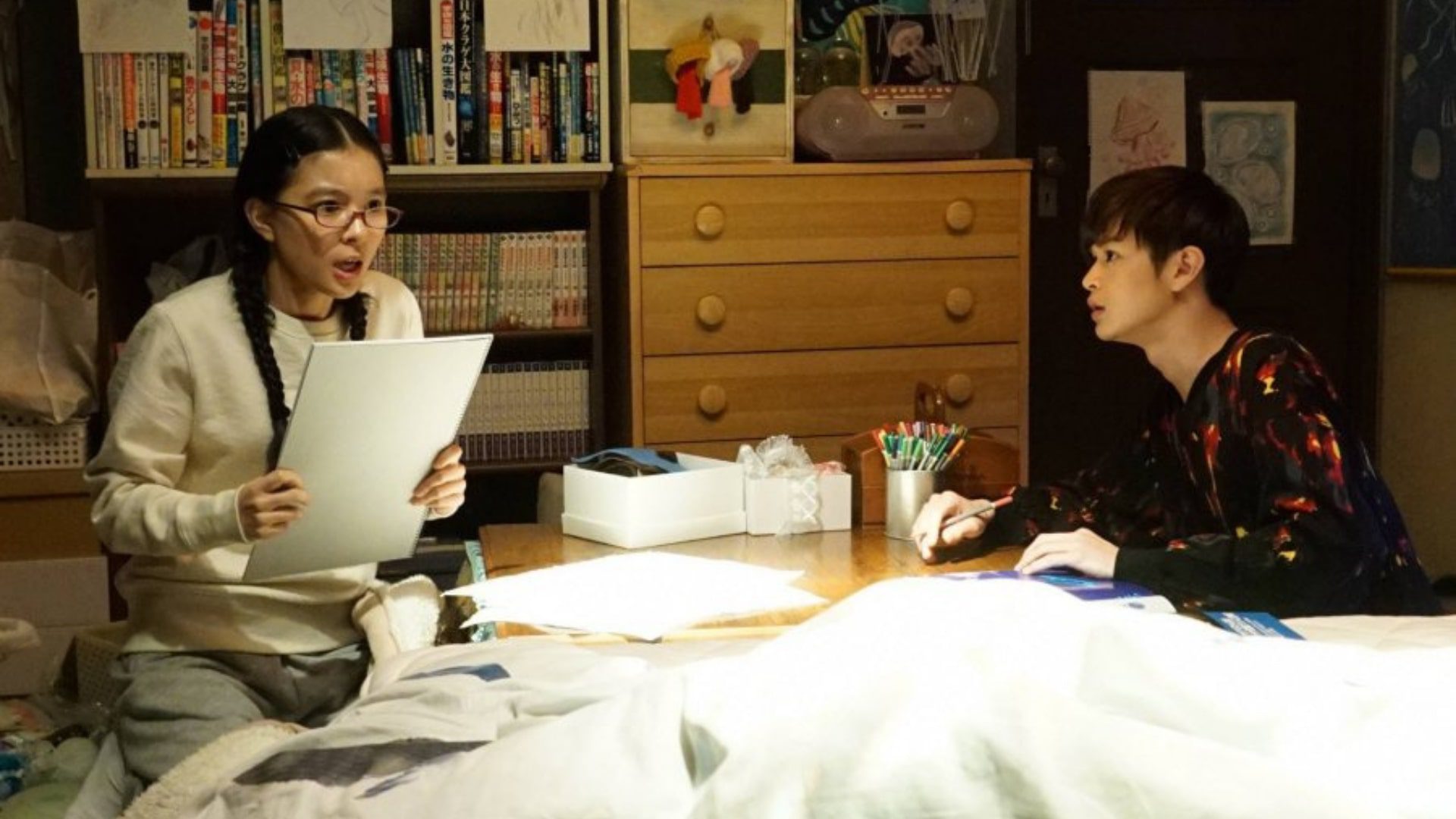 Kurashita Tsukimi begins to learn that she can even fall in love and lead her life fullest, letting herself come out of her shell! While doing so, she finds herself in a love triangle between Koibuchi Kuronosuke and his brother Koibuchi Shu. Kuragehime jdrama is adapted from the manga of the same title by Higashimura Akiko. A heartwarming love story which is presenting the romantic side of Seto Koji.

Ugaeri Yosuke is a copywriter who works at an advertising agency. After his wife Aiko informs him that she is pregnant, Yosuke asks for an unusually six months long paternity leave. This kind of thing has never happened since nobody at his workplace has ever taken 6 months of paternity leave. Finally, after a few months, Yosuke’s daughter was born. 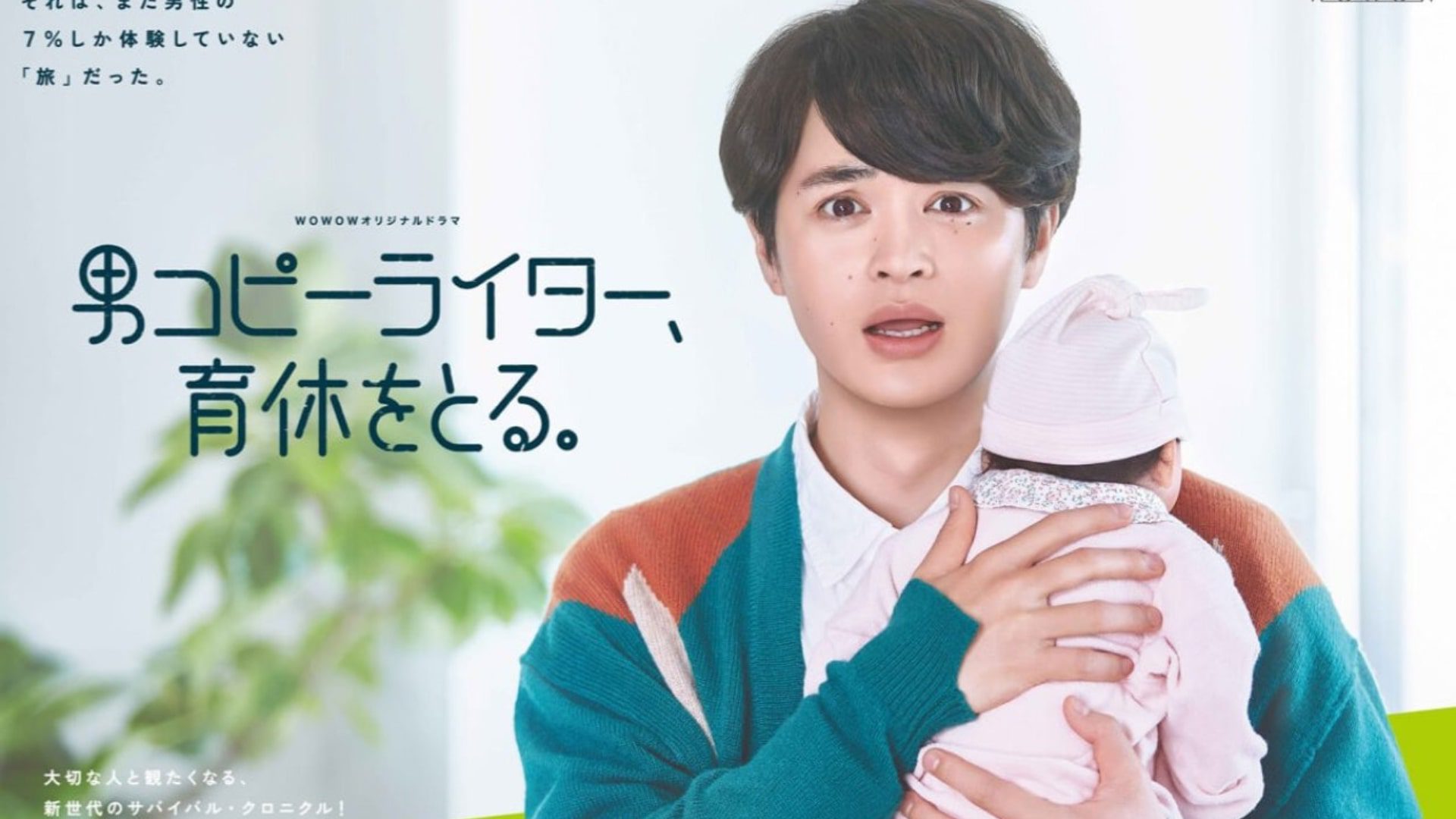 Gassoh is a Japanese movie set in 1868 presenting the revolution story of three young men Masanosuke Yoshimori, Goku Akitsu, and Teijiro Fukuhara. All three are childhood friends. It reveals how the young men join the elite Shogitai division of the Shogunate. Goku Akitsu is loyal to Yoshinobu Tokugawa. The tale begins when he breaks off his engagement with Teijiro’s younger sister and joins the Shogitai. However, Masanosuke Yoshimori’s story is different. He does not have any place to go because he is kicked out by his foster family. 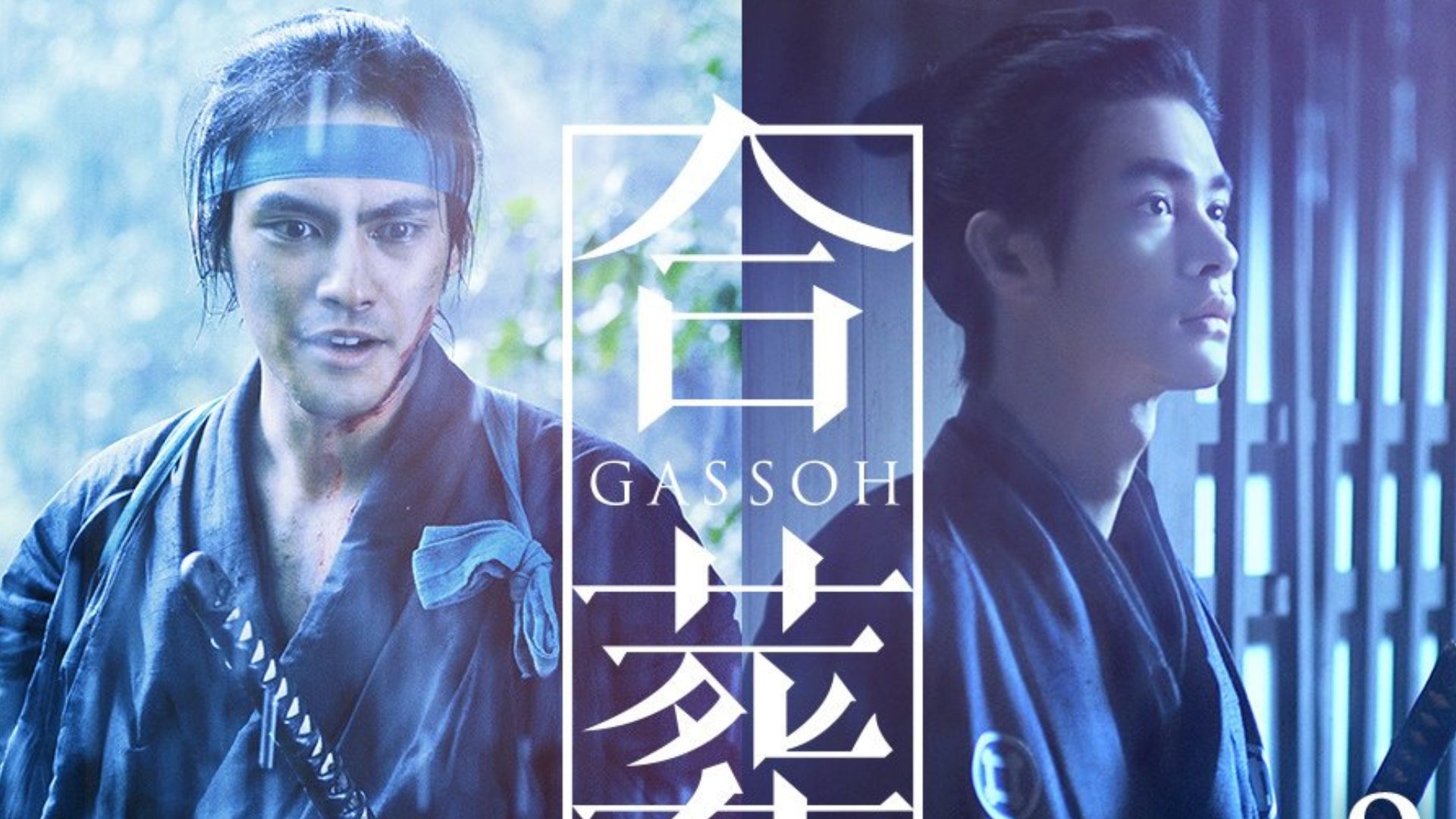 Meanwhile, Teijiro is upset that Goku broke off the engagement with his sister and later encounters Goku Akitsu and Masanosuke Yoshimori. Thus, Goku also advises Masanosuke to join the Shogitai. It is one of the must-watch movies of Seto Koji that has excellently showcased the explored plotline of youth distortion and turmoil in the Edo period.

It is one of the life-changing dramas of Keji Seto’s career. The jdrama is another linking between the other Kamen Rider series. Kamen Rider Kiva revolves around Wataru Kurenai, who lives in an infamous ‘haunted house’ after his father’s disappearance. He is fated as Kamen Rider Kiva and thus has to battle against the vicious monster Fangires, the powerful race his father encountered before his disappearance. At present, Wataru must deal with Kamen Rider Ixa and the Fangires’ own Rider, Kamen Rider Saga. However, the fight will not be easy when Kamer Rider Ixa is a part of an organization striving to overthrow the Fangire menace. 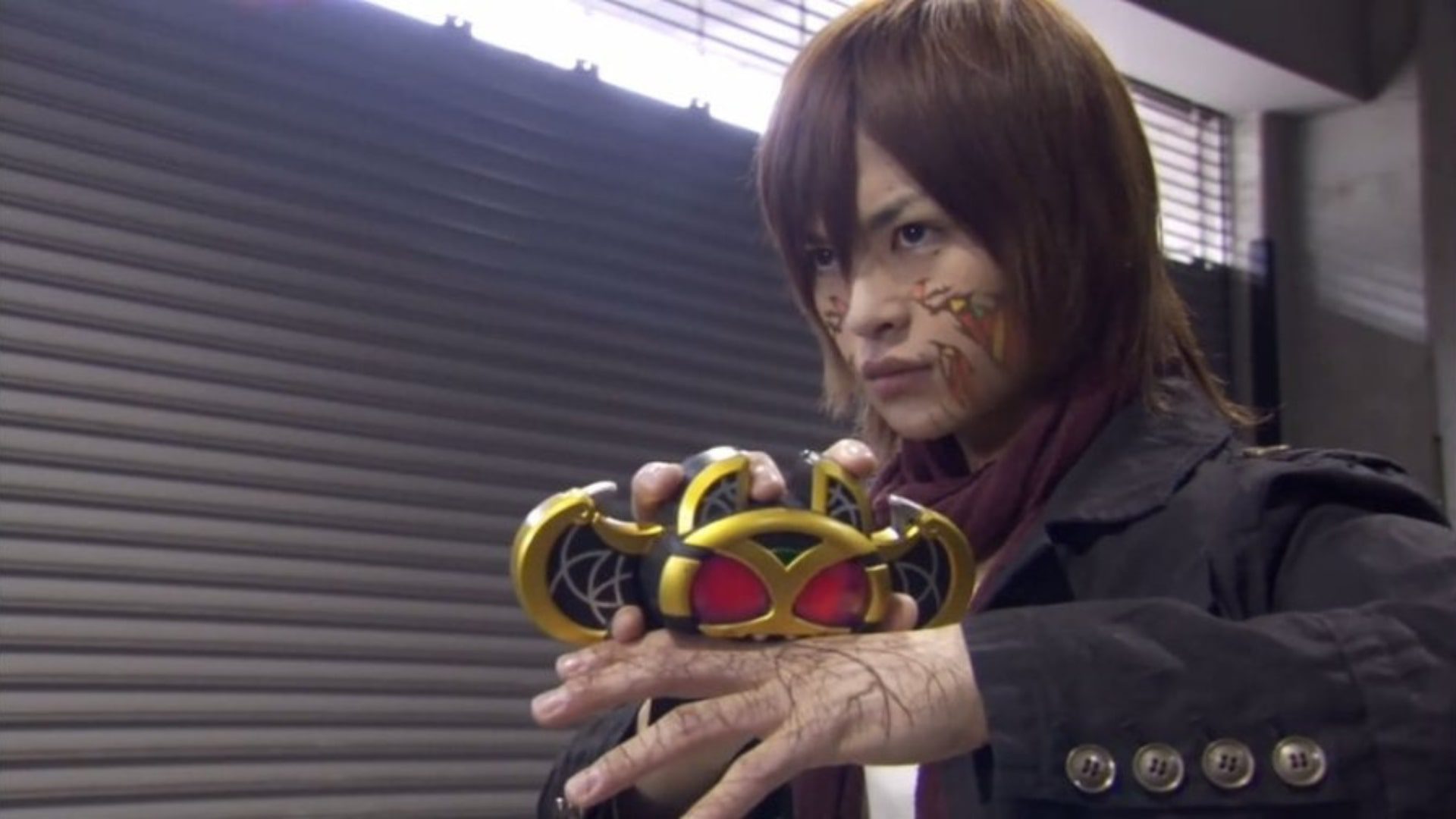 Revealing another charm of Seto Koji with Atashinchi no Danshi. It is the tale of people without any blood relationship forming and showing the real meaning of ‘Family.’ In this drama, those without family, job and place living around internet cafe called ‘Net Cafe Refugees.’ It is the story of one such refugee named Chisato, 20 years old girl who lost her mother at a young age and now trying to escape from the huge debt her father left behind. Every night her battle with repossessors unfolds. However, things begin to change after she meets Shinzo, a wealthy man whose family is traced back to the Edo period. Shinzo has adopted six sons hoping that one of them will become his successor. But, all six have strange temperaments. 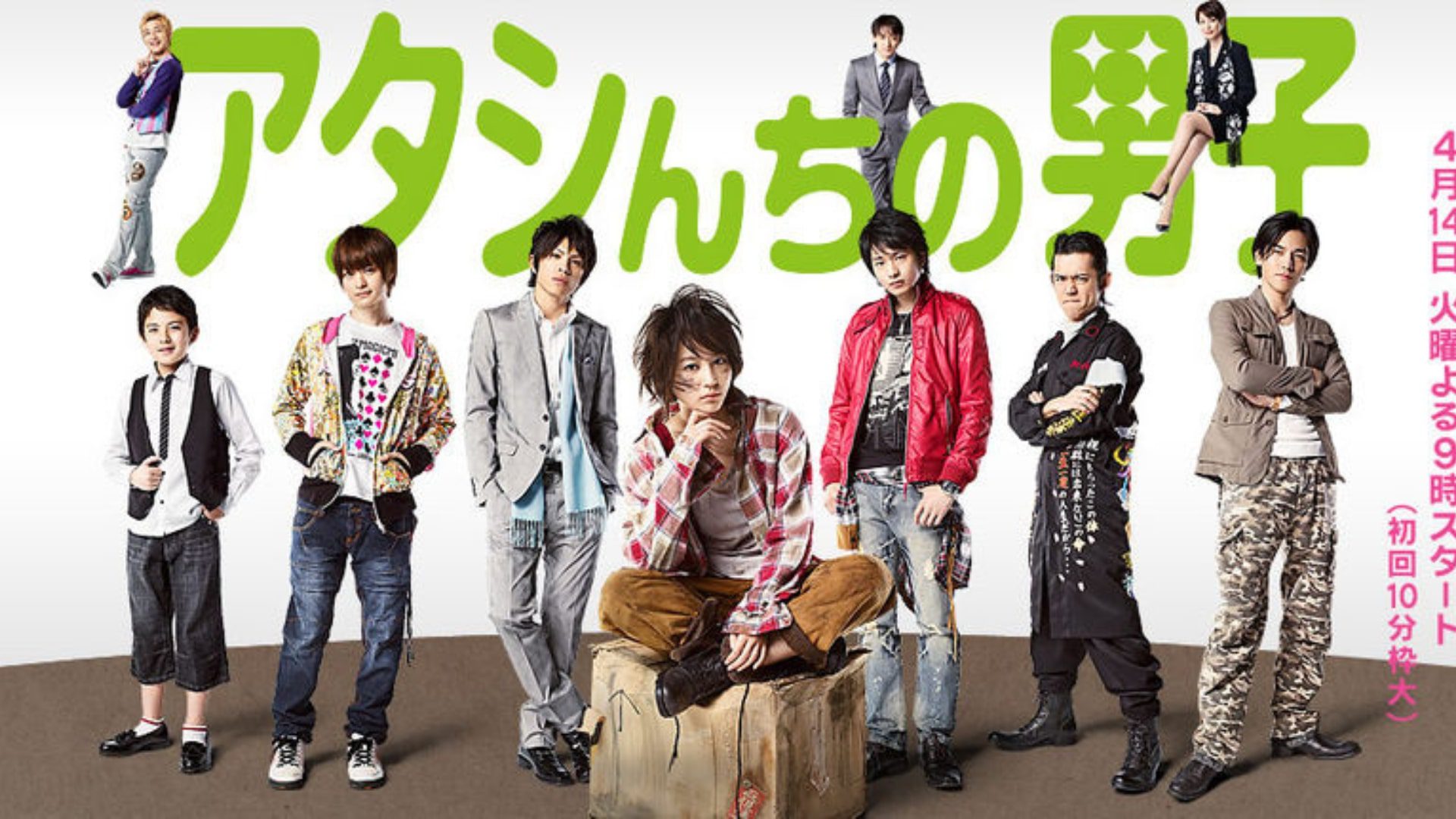 Now, Chisato has come to the point where her life can be changed if she marries Shinzo and becomes the mother of his sons. However, living under one roof with these six guys will not go smoothly! And as such, Atashinchi no Danshi is one of the heartwarming comedy family dramas that has wonderfully portrayed the true essence of family.

Here comes another Koji Seto’s rom-com bringing laughter with a sweet plot! It is the life-struggling story of medical representative Aihara Mei. She has been working all day and night for a pharmaceutical company and but at the same time struggles to manage her house chores. On her 28th birthday, Aihara encounters Shigino Nagisa, who appears on her doorstep, claiming to be an outstanding housekeeper. Despite her hesitation, she ends up hiring him. 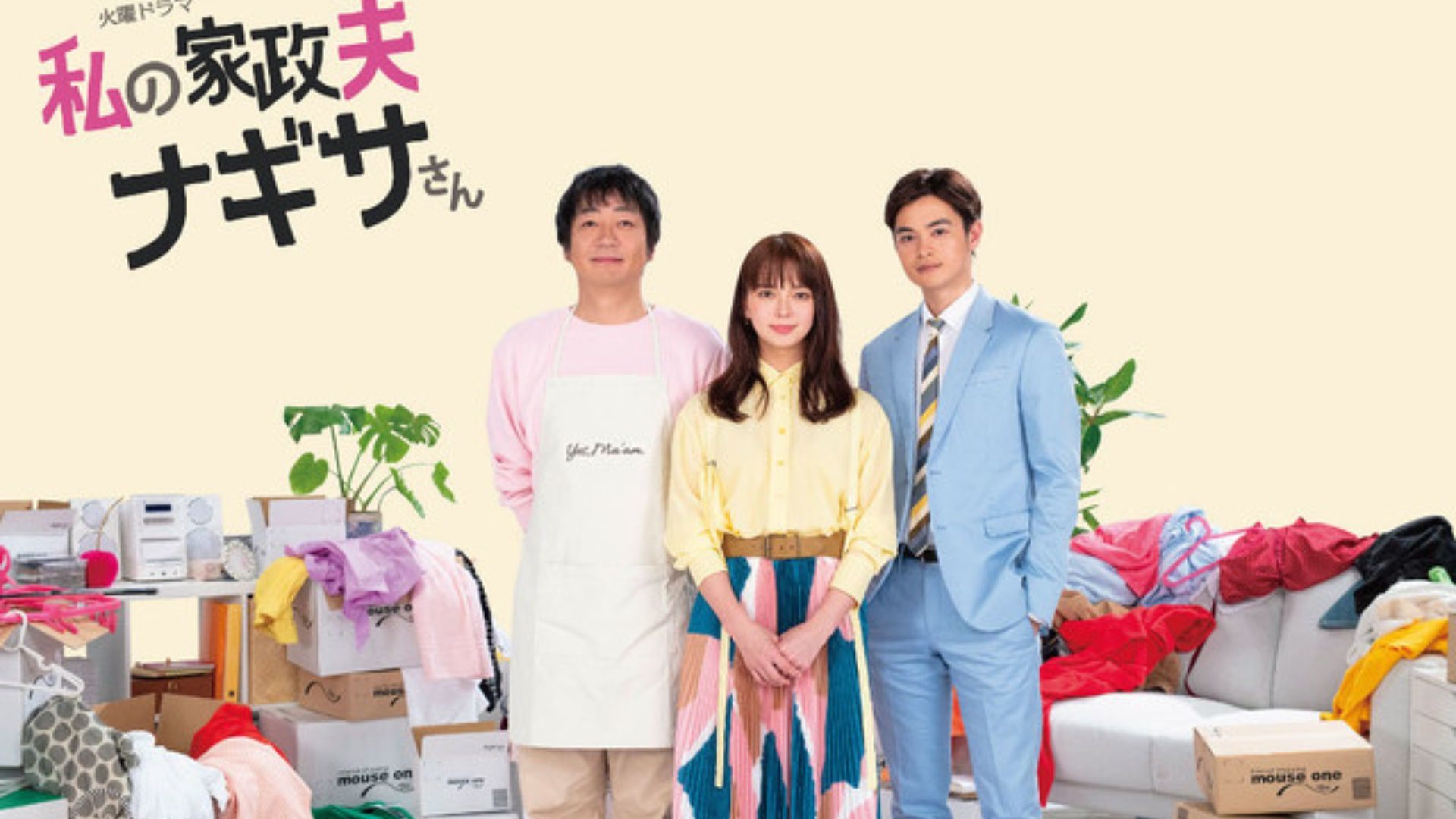 Meanwhile, another stranger enters Aihara’s life who is Tadokoro Yuta, a rival medical representative. Therefore, the drama uncovers how Aihara manages her work life and house life with Shigino and Tadokoro’s help! It is a sweet and uncomplicated Japanese drama with a well-written storyline.

Koizona is a pure love story of an ordinary high school girl Mika and a flashy boy with dyed hair and pierced ears Hiro. It presents how the two crosses paths, tangling their fates as love blossoms between the two. Like everyone, Mika and Hiro go through various hardships, unimaginably sorrowful incidents while nurturing their love single-mindedly. It is not only a love story but also weaves of a tale of Mika and Hiro, who bring different parts of life that we all are familiar with, such as family’s affection and warmth, friends support, the taste of living, and so on. 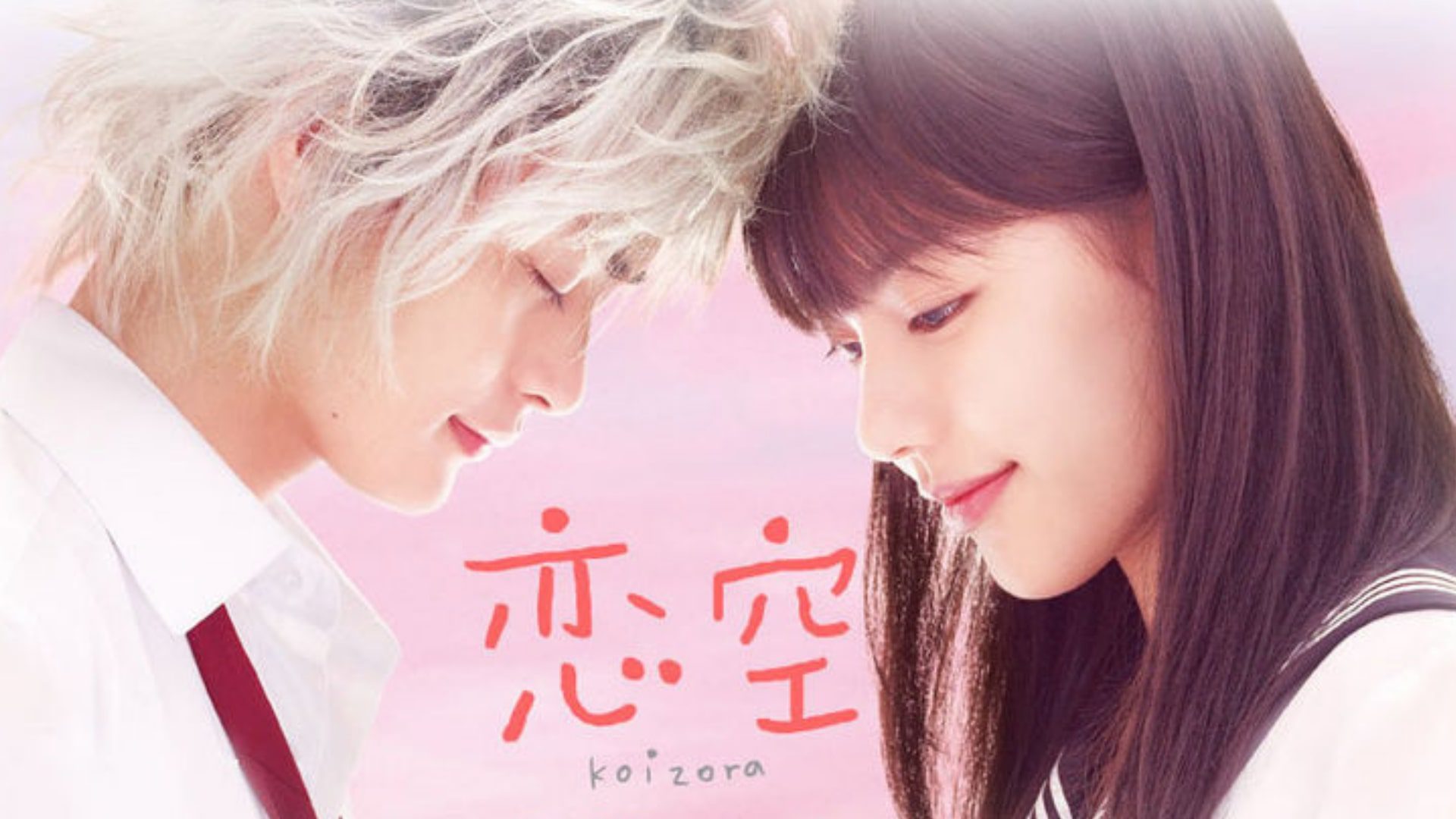 The jdrama Koizora is one of the simple yet, beautiful, heartwrenching love stories that will melt your heart. Therefore, it has made it on the list of Koji Seto dramas and movies to watch. If you are a fan of romantic jdrama, Koizora should be on your watchlist!

The female lead, Hana, comes from a family of thieves who has been doing it for generations. However, she does not want to end up becoming a thief. All she wants is an ordinary life. At present, she works as a librarian and dating a police officer Kazuma. It turns out all the family members of Kazuma are police officers. While investigating a case, Kazuma falls into a trap. Thus, in order to help Kazuma, Hana assists her family to commit a heist. 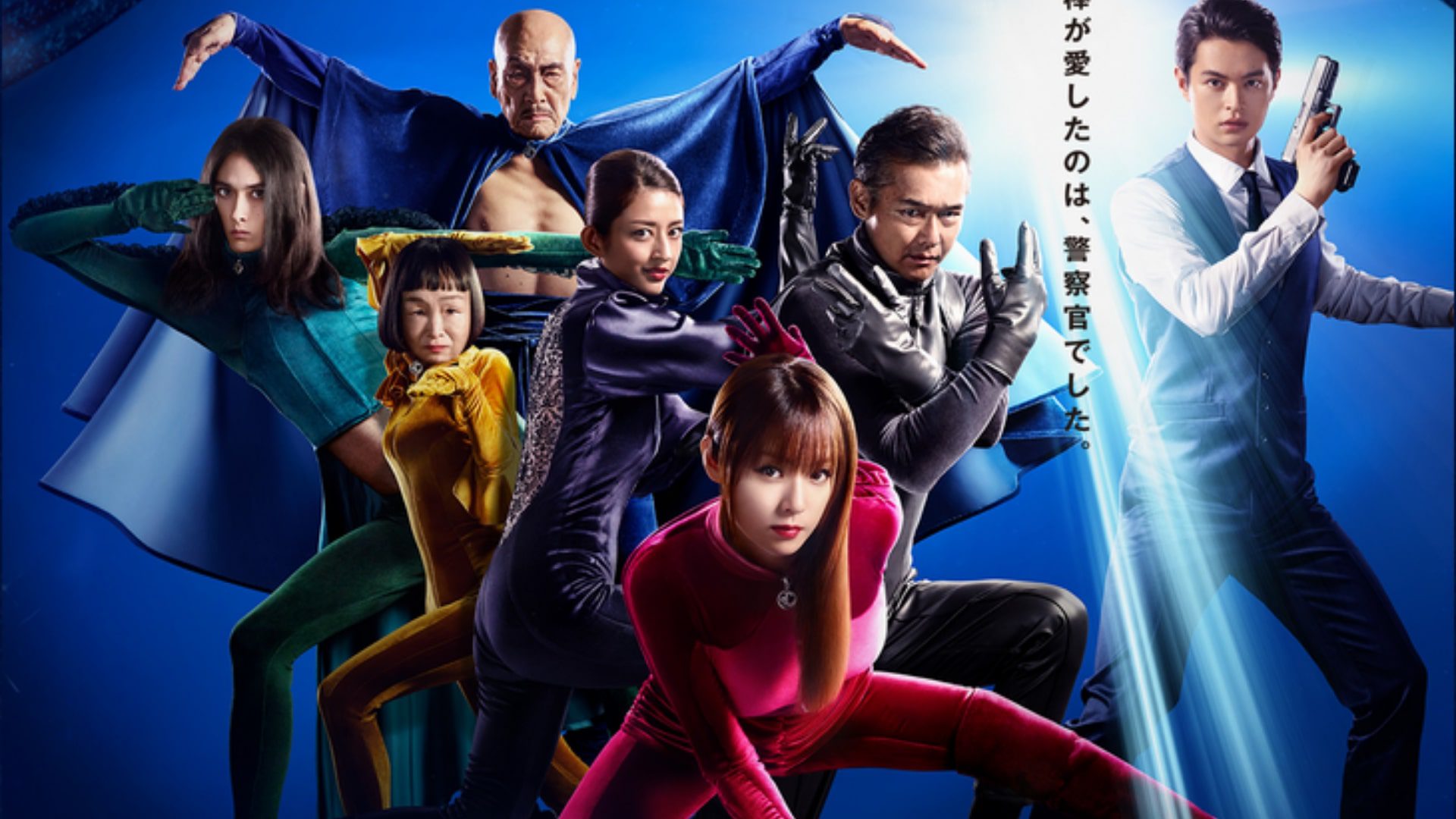 The Japanese drama Lupin no Musume is adapted from the novel ‘Rupan no Musume’ by Dai Yokozeki. Also, it has a sequel Lupan no Musume Season 2, released in 2020. Both seasons are full of comedy, action, and a ball of romance! The chemistry between Koji Seto and Fukada Kyoko is admired and loved by fans. Therefore, Lupin no Musume has made it on Koji Seto dramas and movies’ must-watch list.

Have you ever wondered about the picture full of the baddest boys joining the tumbling and rhythmic gymnastics club? Well, if not, this drama will show you what will be the whole picture. It presents the beautiful youth journey of the worst gang members of the school joining rhythmic gymnastics and advancing to make followers out of everyone around them. 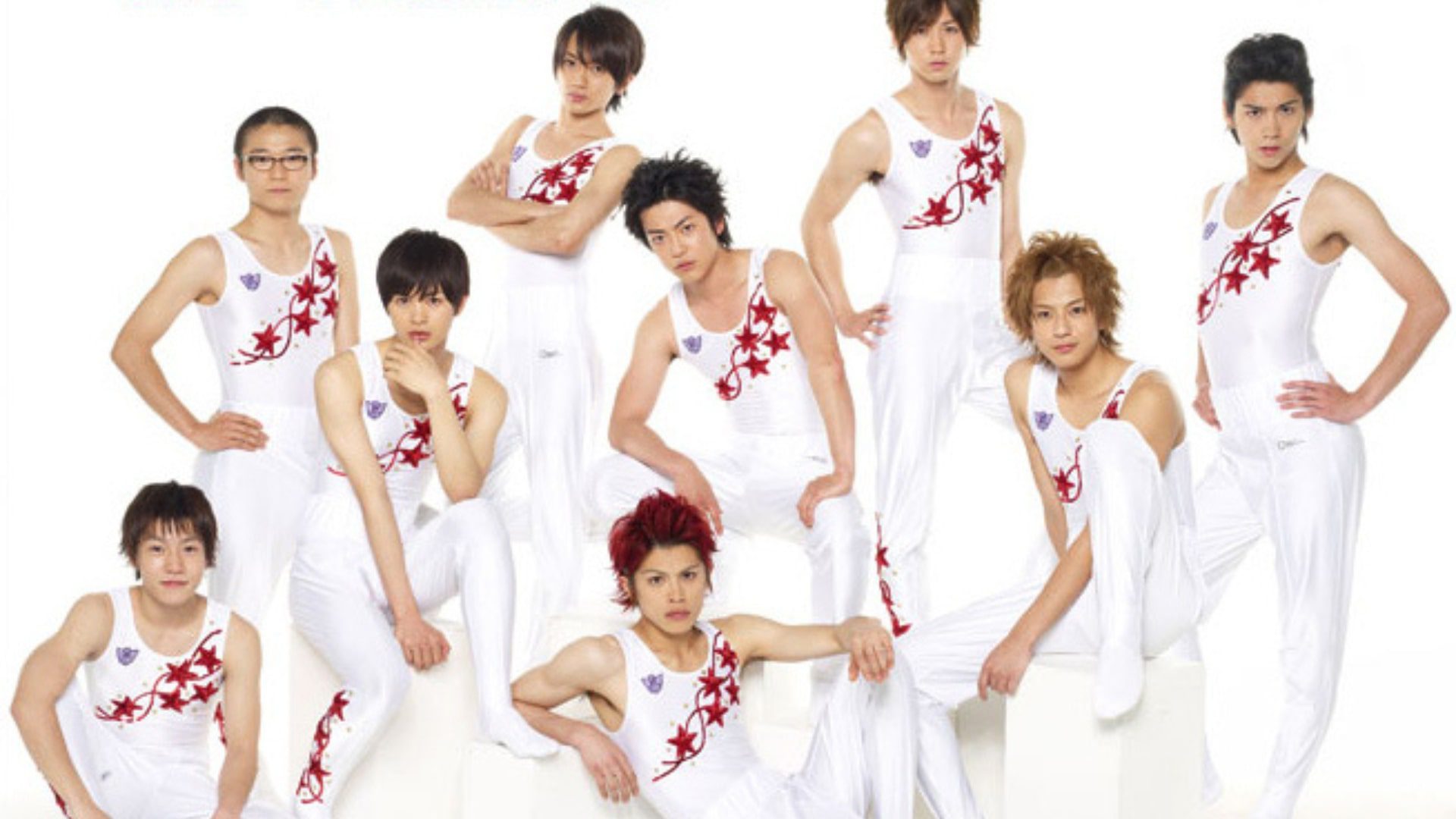 The Japanese drama, Tumbling, has shown the struggle of youth, their passion, true friendship, and hard work to achieve their set goals and dreams. To deliver quality content, all cast members of the jdrama underwent rigorous gymnastics training. Therefore, if you are looking for a new look at Koji Seto, Tumbling jdrama will be your perfect choice!

It is the story of 17-year-old Aio, who comes to Yui Obstetrics and Gynecology clinic to work as a part-time nurse apprentice in Summer 1997. She experiences her first shock after witnessing an abortion surgery. But the journey does not seem tiresome when she meets staff members of the clinic, such as Yui, the head of the clinic who is also careful about everything; Sayako, a competent and skilled nurse, and Sakaki, the kind head nurse who serve each pregnant patient and help them after surgeries. 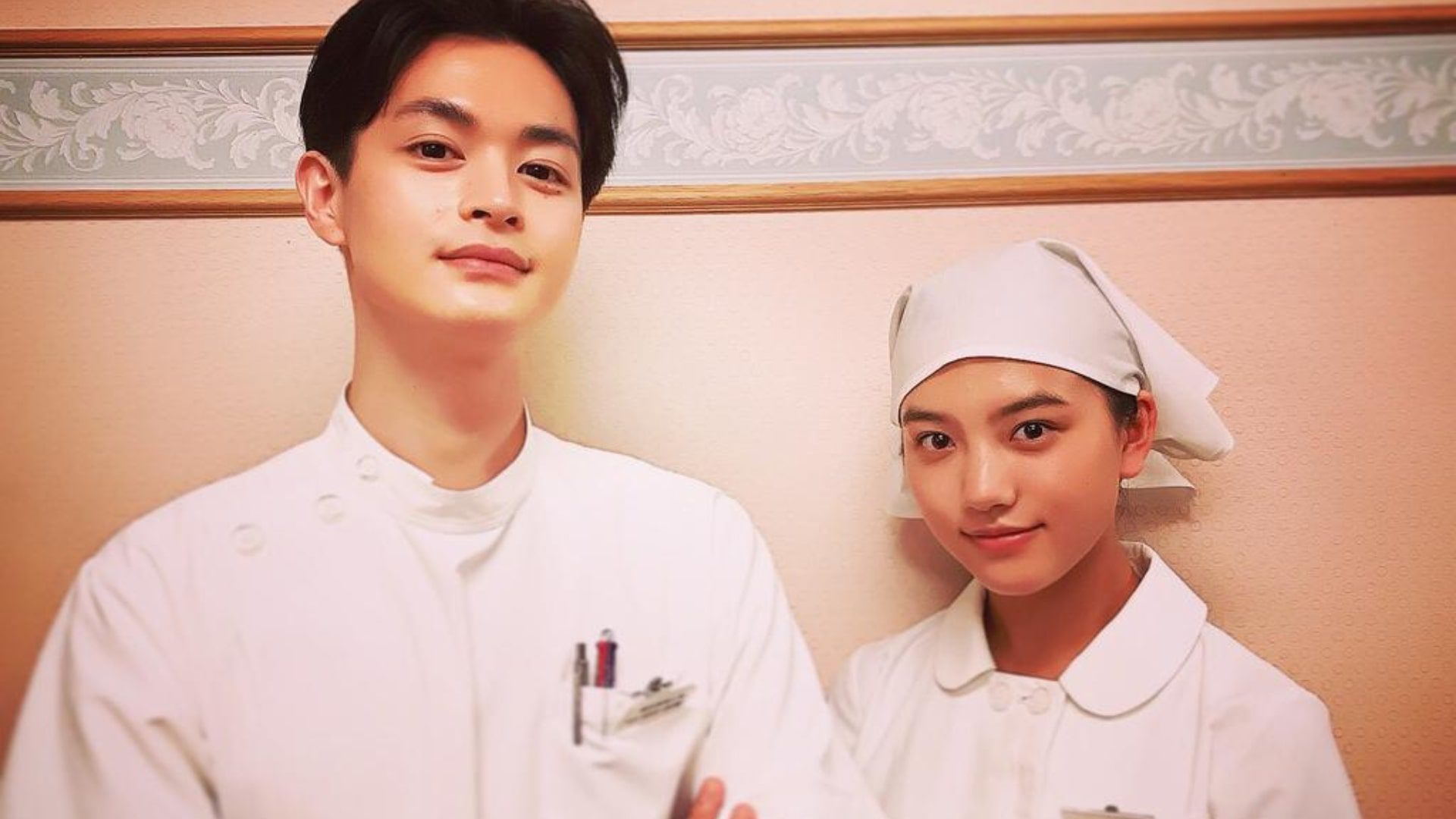 However, for a mother, her child remains a child even after years, just like Aoi’s mother, who is worried about her daughter’s clumsy nature and weak communication skills. On the contrary, Aoi’s kindness and delicacy move patients’ hearts. Therefore, Toumei na Yurikago is a wonderful journey of Aoi finding the answer to ‘What’s Life’ with Yui and other staff members. Also, It has covered all hard-hitting topics sensibly and realistically, combining Seto Koji’s brilliant performance. Thus, making it at the top of the list of Koji Seto dramas and movies.

How Many Episodes Of Cowboy Bebop Has? Every Detail Of Old Hit Anime Discussed

Francis Bourgeois Girlfriend: Who is the Tiktoker dating in 2021?

Francis Bourgeois Girlfriend: Who is the Tiktoker dating in 2021?