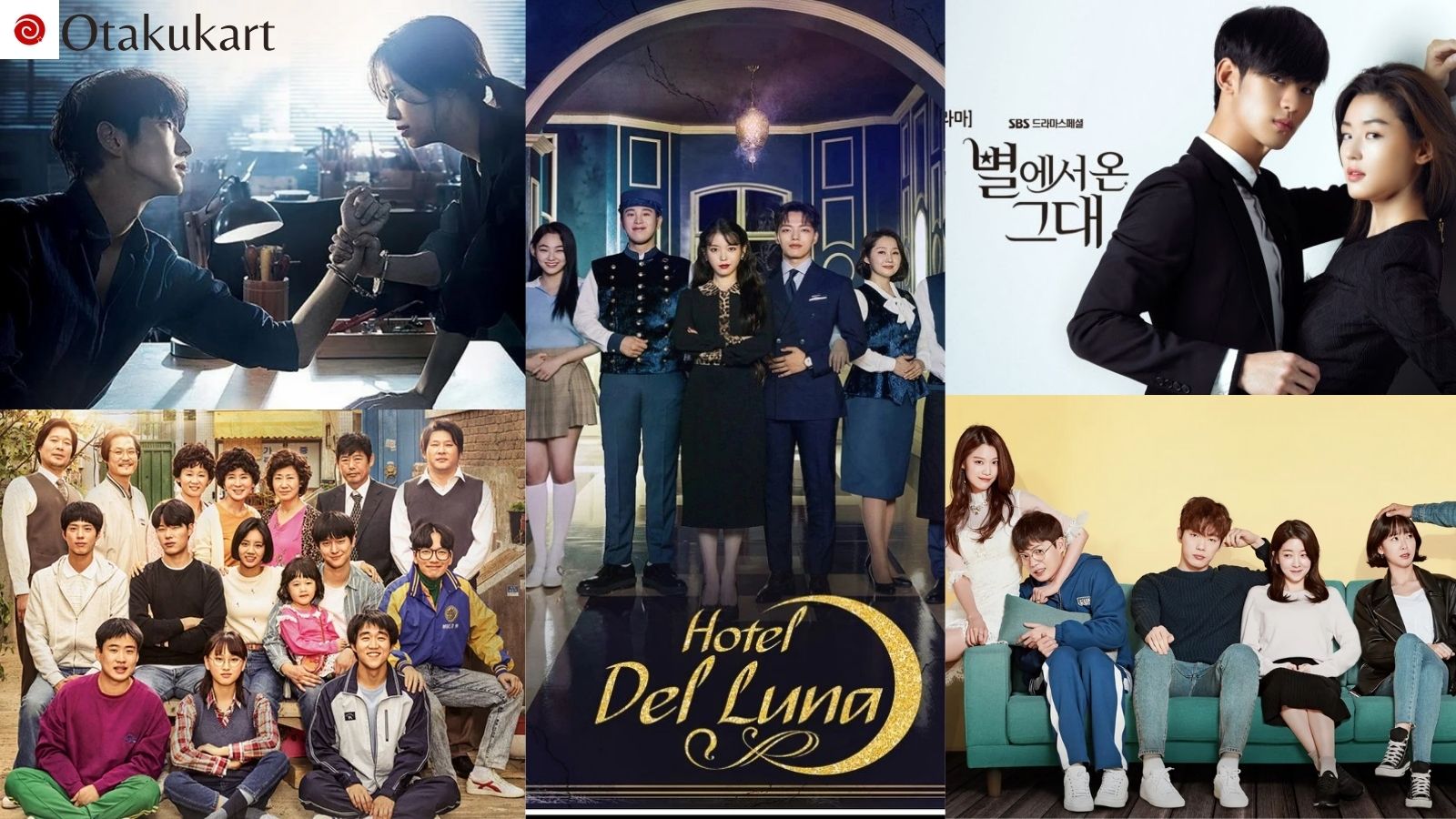 Rakuten Viki or Viki has become a popular platform to stream some of the best Asian content. However, it is mostly in demand due to the availability of the best Kdramas on their application. Kdrama enthusiasts from all across the globe surf the website to binge-watch ongoing and already released dramas. So, if you like K-dramas and have not heard about the app, you’re basically living under the rock. We will suggest you have a good look at their website and application. And, for what to watch, don’t be worried. It’s when we come in. Down below is the list of best Kdramas to watch on Viki in 2021.

The  Kdramas are winning hearts and expanding their fanbase every day. A recent addition to it is Squid Games. Although the Netflix original is not the Rakuten Viki app, there are thousands of others that you can stream on the platform. Despite Rakuten’s popularity, it allows the users to stream most of the Kdramas for free. Hence, Viki is one platform to stream all the best Kdramas of 2021.

Best Kdramas To Watch on Viki in 2021

As we mentioned, all the best Kdramas of 2021 can be found on Viki. So, what is stopping you from making your lives more beautiful? With the best casts, plot twists, OSTs, and storylines, Kdramas are a perfect watch. From Thriller to Period Dramas to Rom-coms, Viki has a vast library of genres to offer its audience. 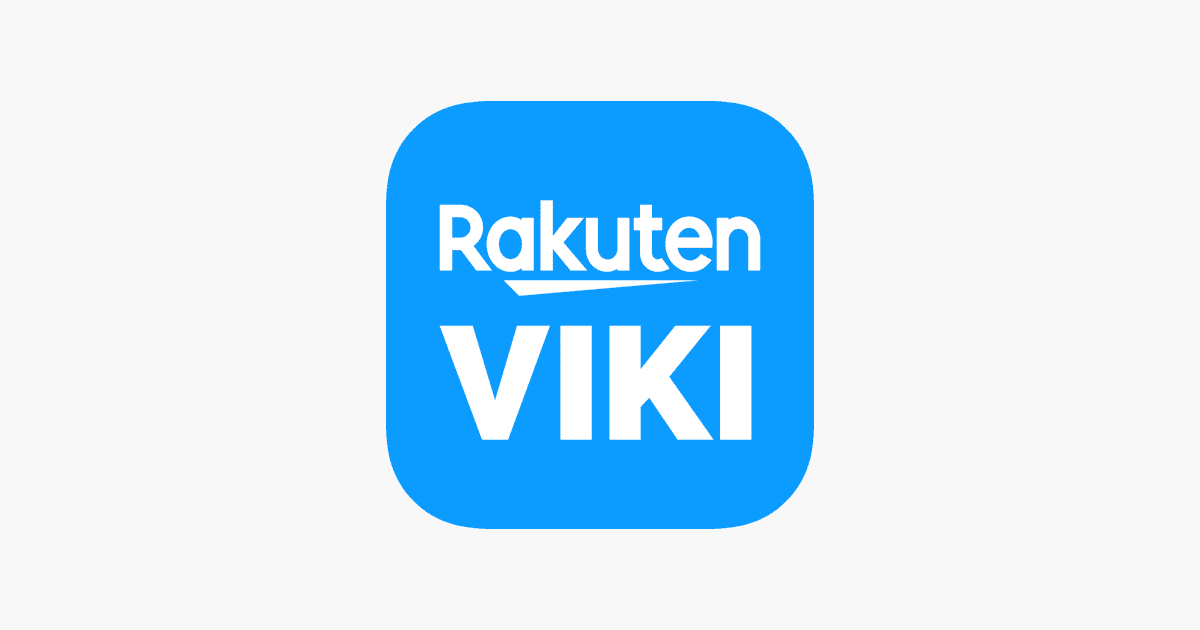 So, here are our picks.

Do Bong Soon (Bo-Young) is a petite, cute, unemployed woman who possesses Herculean strength. Due to her a tradition in her family, all the women are supposed to be very, very strong. Despite being strong and powerful, Do bong Soon is honest, and soon she lands a job as the bodyguard of a CEO, Ahn Min Hyuk (Hyung-Sik). Initially, she is whipped for his childhood friend, In Gook Do (Jisoo). However, while working for Min-hyuk, she gets entangled in a love triangle as she starts liking him. The story follows, and we see the three bickerings and fighting the bad guy in the drama. In between, the viewers can find multiple hilarious scenes. Also, the supporting cast will make you roll on the floor.

Sadly, Strong Woman Do Bong Soon is not available for free on Rakuten Viki.

Based on the webtoon “Yeoshingangrim” by Yaongyi, True Beauty is a gem from 2020. The romantic comedy-drama was an instant hit as soon as it came out on Rakuten Viki. Hence, True Beauty deserves to be on the list of best Kdramas to watch on Viki in 2021.

The drama centers around Lim Joo Gyung (Ga-young), who unfortunately did not inherit good looks. Since birth, she was often left out from gatherings and games.  Joo-Gyung was bullied for her looks and treated as a slave. Because of some reasons, she is forced to change schools. And, to avoid getting mistreated, she masters the skills of makeup. Joo-Gyung gains confidence and becomes the gorgeous girl on the campus. There she met Lee Su-ho (Eunwoo), the cold guy and heartthrob. Furthermore, her life got clashed with his ex-best friend and the “bad boy” of the campus, Han Seo Jun (In-Yeop). 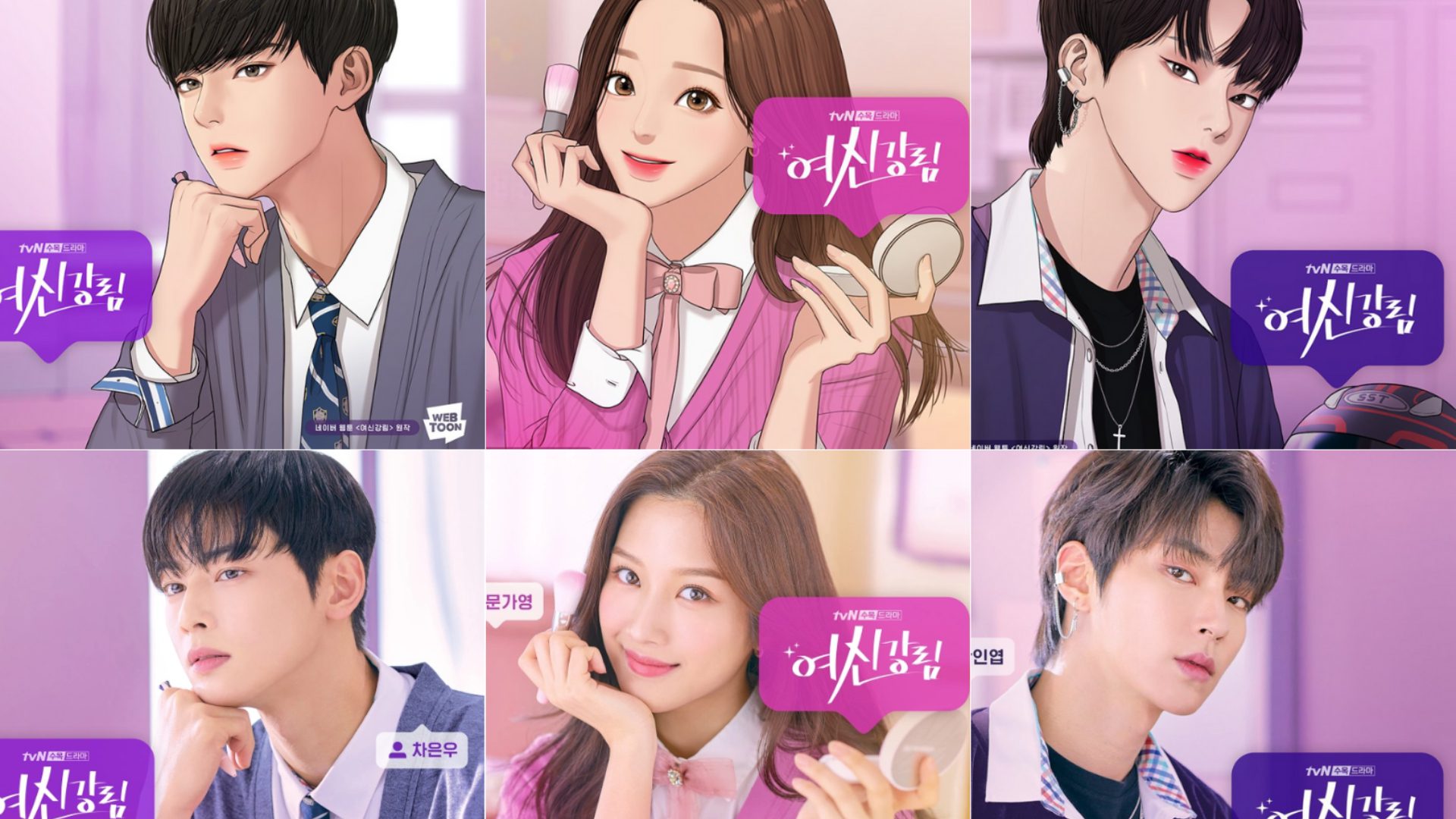 As the love triangle elevates, dramas and laughter also rise. Trust us; you don’t want to miss out on True Beauty.

Horror plus romance never looked so good, and Hotel Del Luna will make sure you get the most of it. The drama follows a mysterious hotel situated in the heart of Seoul with unique features. The hotel is old yet beautiful, and for thousands of years its ran by its CEO- Jang Man Wol (IU). She is a suspicious, bold, and greedy soul who has been associated with the hotel. She is forced by diety to stick to the hotel in order to trap her rage, plans for revenge, and hatred. The only way to let go of her resentment is by finding true love.

Now enters Goo Chan Sung (Yeo Jin Goo), an intelligent lad expert in handling the hotel sector. For some reason, he is forced to work in Hotel Del Luna, but as time passes, he starts to change the cursed CEO for her good. Hotel Del Luna is one of the best Kdramas to watch on Viki for free in 2021.

4. Descendents of The Sun

The 2016 drama by Kim Eun Sook brought international viewers to get into Kdramas. Descendants of the Sun will tell you the love story between a special force officer and a surgeon. Kang Mo Yeon (Hye-Kyo) is a humble, positive, and gorgeous doctor at Haesung Hospital. She likes to accept her mistakes and stay faithful in life. However, her life entirely changes after meeting Yoo Shi Jin (Joong Ki), the captain of the Alpha team, who will do anything to protect his country and crew.

Song Hye Kyo and Song Joong Ki’s chemistry swayed fans’ hearts, and later they married in real life. Sadly, the couple parted ways after a couple of years. But, enjoy their romance on the Viki.

Baek Hee Sung’s (Joon Gi) happy and stable life is turned upside down when his wife, Cha Ji Won (Chae-Won), a homicide detective, starts investigating series of murders, which happened 15 years ago. Baek Hee Sung has a loving wife, a stable job, and an adorable daughter. But, behind his perfectly built masked life lies an important secret. What will happen when his wife will come across Hee Sung’s real identity?

With an incredibly beautiful narrative, Flower Of Evil will keep you hooked up till the very last episode. It is one of the best crime Kdramas available to watch on Viki in 2021. So, don’t sleep on it.

Reply 1988 is not your regular “rom-com” Kdrama. The period drama takes you on a rollercoaster of emotions involving family issues, friendships, romances, and everything that is not rare in the 80s. The story follows the lives of five teenage friends who live in the same neighborhood and rely on each other to overcome their issues. All five of them – Sung Deok Sun (Hye Ri), Sung Sun Woo (Kyung Pyo), Kim Jung Hwan (Joon Yeol), Choi Taek (Bogum), Ryu Dong Ryung (Dong Hwi)- have their own set of traits and problems, which they clear out while making memories and enjoying life together in their small neighborhood in Seoul.

Reply 1988 is a precious jewel in the shiny world of Kdramaland. For a wholesome experience, make sure to see it on Viki for free.

Fun Fact: Hyeri and Joon-Yeol are dating in real life.

Also, Read Are Hyeri and Ryu Jun Yeol Still Dating, What Happened Between Them?

With a 9.5 rating from over 90k viewers, this 2013 fantasy romantic comedy is one of a kind. Do Min Joo (Soo Hyun) is an alien who came to Earth 400 years ago, in the Joseon Dynasty period. Throughout his run on the land, he has managed to have a stable financial status and looks. He learns that he has only three months more to live on the planet. But then he meets Cheon Song Yi (Ji Hyun), the most popular Hallyu star in Korea.

The two surprisingly start living as neighbors as love blossoms after getting entangled with each other. You can watch My Love From the Star with a subscription on Viki.

Although Rom-com Kdramas available on Viki will win your heart, everyone likes change. And, Penthouse is the change you need in your life. Like mystery? Thriller? Betrayal? and crazy family conspiracies? Penthouse (seasons 1, 2, and 3) is the answer. 2021 was filled with Penthouse spoilers and drama news. Hence, it was hard not to know about the Kdrama. But, if you haven’t watched it yet. Watch it now. It is probably the best multi-season Kdrama to watch on Viki in 2021.

Welcome To Waikiki will make you cry with their hilarious scenes. The Kdrama falls under the comedy genre and truly sticks by it. The story follows three friends- Kang Dong Goo (Jung Hyun), Lee Joon Ki (Yi-Kyung), Bong Doo Sik (Seung Won)- who run a guest house to earn money for their future film project. Things take a toll after a baby girl (who is literally the cutest) is left by her mother, Han Yoon Ah (In Sun), in their guesthouse. She starts living with the three boys along with her daughter, Sol, and the story continues. Dong Goo’s sister- Kang Seo Jin (Go Won Hee), and ex-girlfriend, Min Soo-Ah ( Joo-Woo), also live in the same guest house.

Catch the six of them, creating havoc while they also fulfill their dreams.

Finally, a historical Kdrama has joined the list. Well, Hwarang has to be on the list as it is one of our picks as the best Kdramas to watch on Viki in 2021. With handsome Oppas, Hwarang has a lot to offer. From romance to bromance to an insight into Korea’s ancient history. 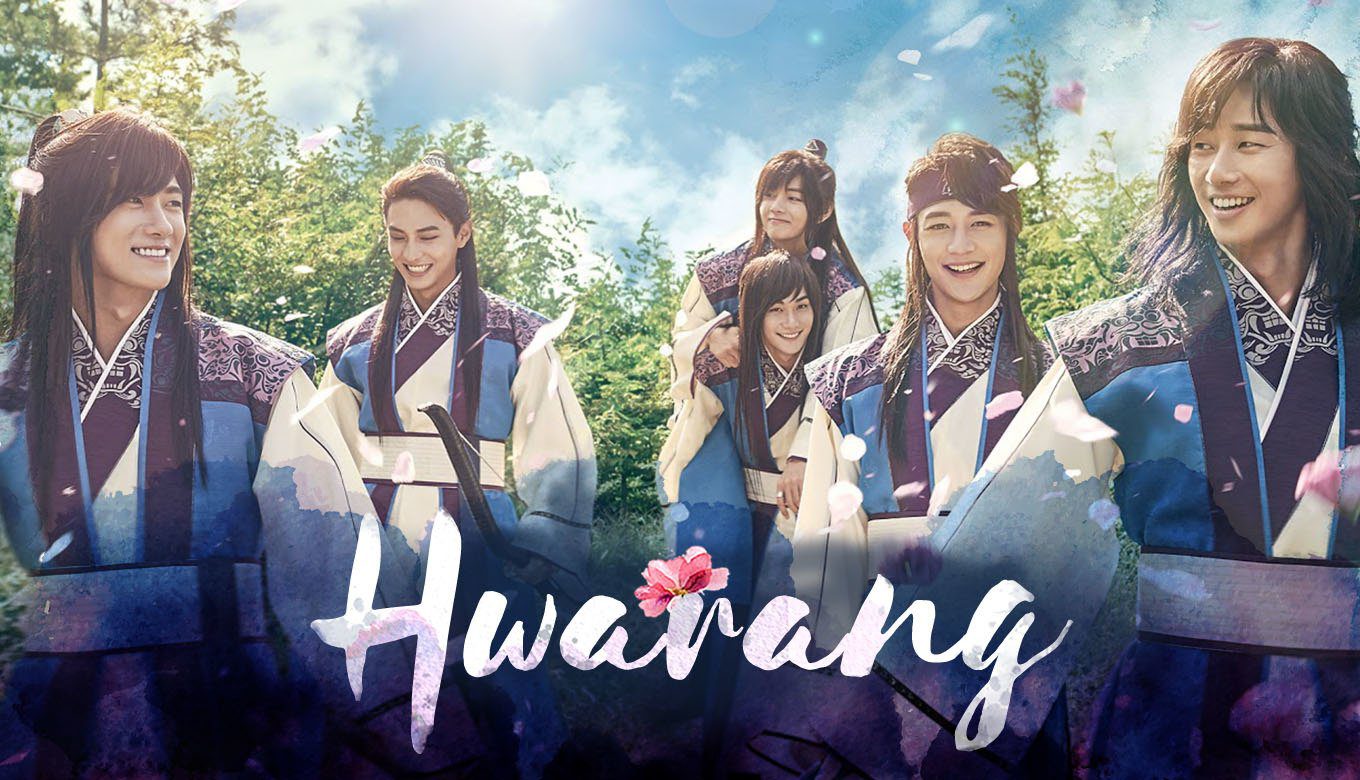 Hwarang will take you back to the 6th Century, in Silla. Most people do not know the origin of Hwarangs; what they looked like? What did they use to do? But after the 20 episodes of the KBS2 drama, you will learn about the young men who became the face of Korea’s three glorious Kingdoms.

The drama is already a hit, but BTS fans love it dearly since it stars BTS’s vocalist, Kim Tae Hung, aka V. So, what are you waiting for? Watch Hwarang on Viki now.

We cannot finish our list of “Best Kdramas to Watch on Viki in 2021” without mentioning Boys Over Flowers. Even though there are several global hit Kdramas on Viki, Boys Over Flowers was one of the rare dramas to spread the Hallyu Wave internationally. Adapted into more than five languages, this rom-com drama ticks off all the sections required to create the most binge-worthy Korean drama.

The plot follows Geum Jan Di (Hye Seon), a poor yet brave schoolgirl who one day challenges the leader of F4, Gu Joon Pyo (Lee Min-Ho). Their enmity turns into pranks to love to separation to an accident to getting back together. But their journey is worth watching, especially with the presence of other F4 members in the drama. You can watch it on Viki here.

Also, Read What are the Best Websites to watch Kdramas online?