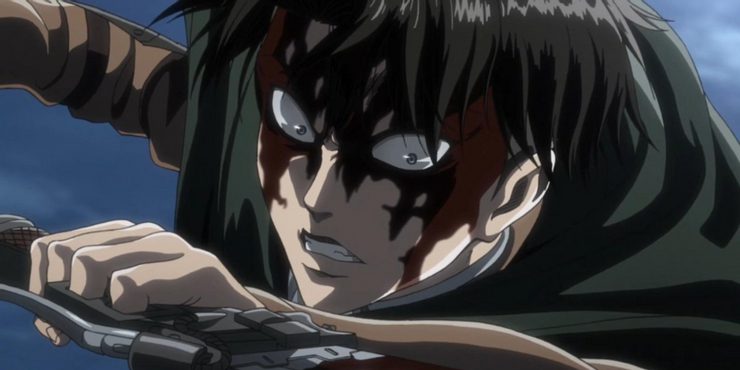 Whether you swooned over the awkward actions of tsundere Mr. Darcy or kept falling for the angsty, brooding Malfoy, fictional characters have shaken our hearts since time immemorable. Now with the recent lockdown phase that lasted us a long three years, anime has seeped into the sphere of popular culture and there is a new type of men that have become the standard for attractiveness – 2D boys with great depths in their personality and also amazing character designs.

While there is no doubt that anime has always been a hub for beautiful men who have gentle mannerisms but are also capable of breaking bones (looking at Tomoe and Sebastian), it is high time weebs set aside our classic entries like Usui Takumi for the most-handsome list and acknowledge some new faces as well. Hence, we bring you the recent, freshest most handsome faces of new anime.

Tokyo Revengers might not be an anime known for its good-looking characters, but there is no way you might have missed out on Baji. The dedicated Toman leader has a uniquely ‘wild’ look to emphasize his wild personality and it is certainly a great combination. If not for his reckless and impulsive personality, Baji is a pretty boy with untied long hair and sharp eyes that appear menacing despite his soft-heartedness.

His design also often appears feline due to his two sharp teeth and it highlights Baji’s playful and child-like personality. What adds attractiveness to Baji’s charm is his undying love for his friends and his humility despite being incredibly strong. You can catch the first season of Tokyo Revengers on Netflix! 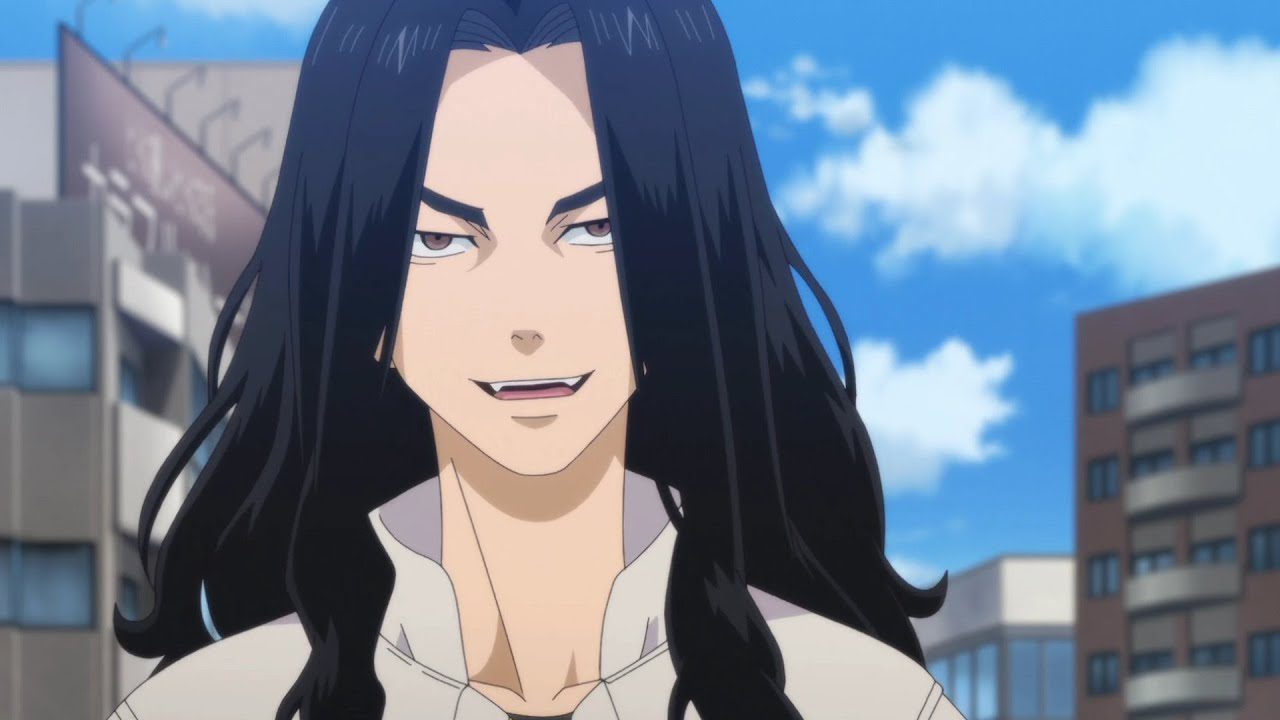 What makes the mysterious and shy Izumi special is the very fact that he is not special – a guy who does not stand out much and has a history of being a social outcast. He is content to be in himself – a nerd at school who is also capable of impulsively getting tattoos and piercings at a random. Just like his pretty appearance, Izumi is a gentle boy who will get along with even your parents and siblings. Plus, he owns a cake shop – no wonder Hori is as head over heels for him as he is for her. 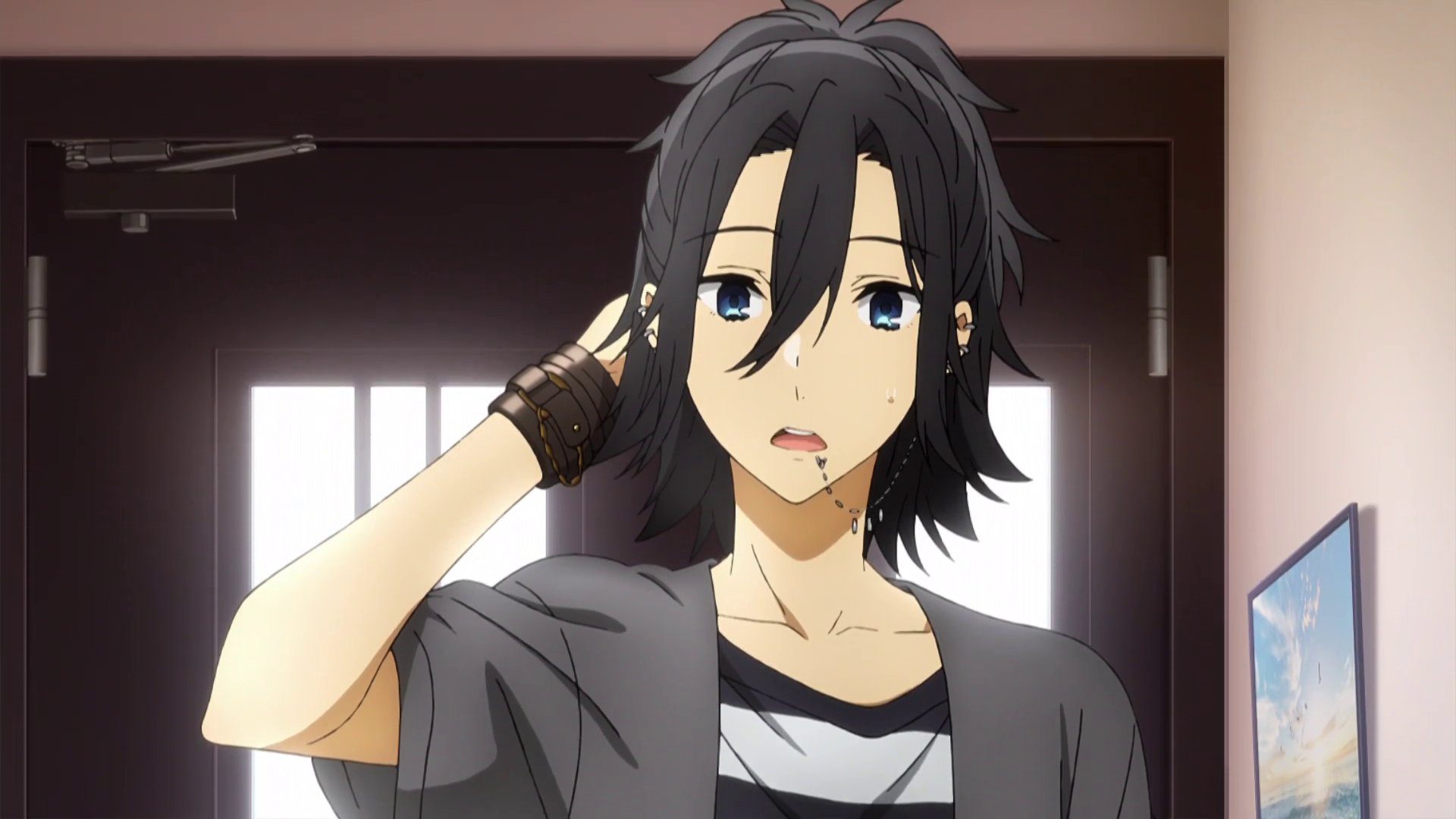 Anime has had its reputation for hot men who have commitment issues and Akihiko Kaji would have been the same until the last Given movie, had he decided to not change. He is considered handsome both in the manga and by fans and it is no wonder that he is able to pick up dates easily with the rebellious aura he exudes. Donning piercings on his intimidating and handsome face, Akihiko appears scary at first glance but is actually just a dork who cannot hold a straight face for long and loves playing the violin and drums. 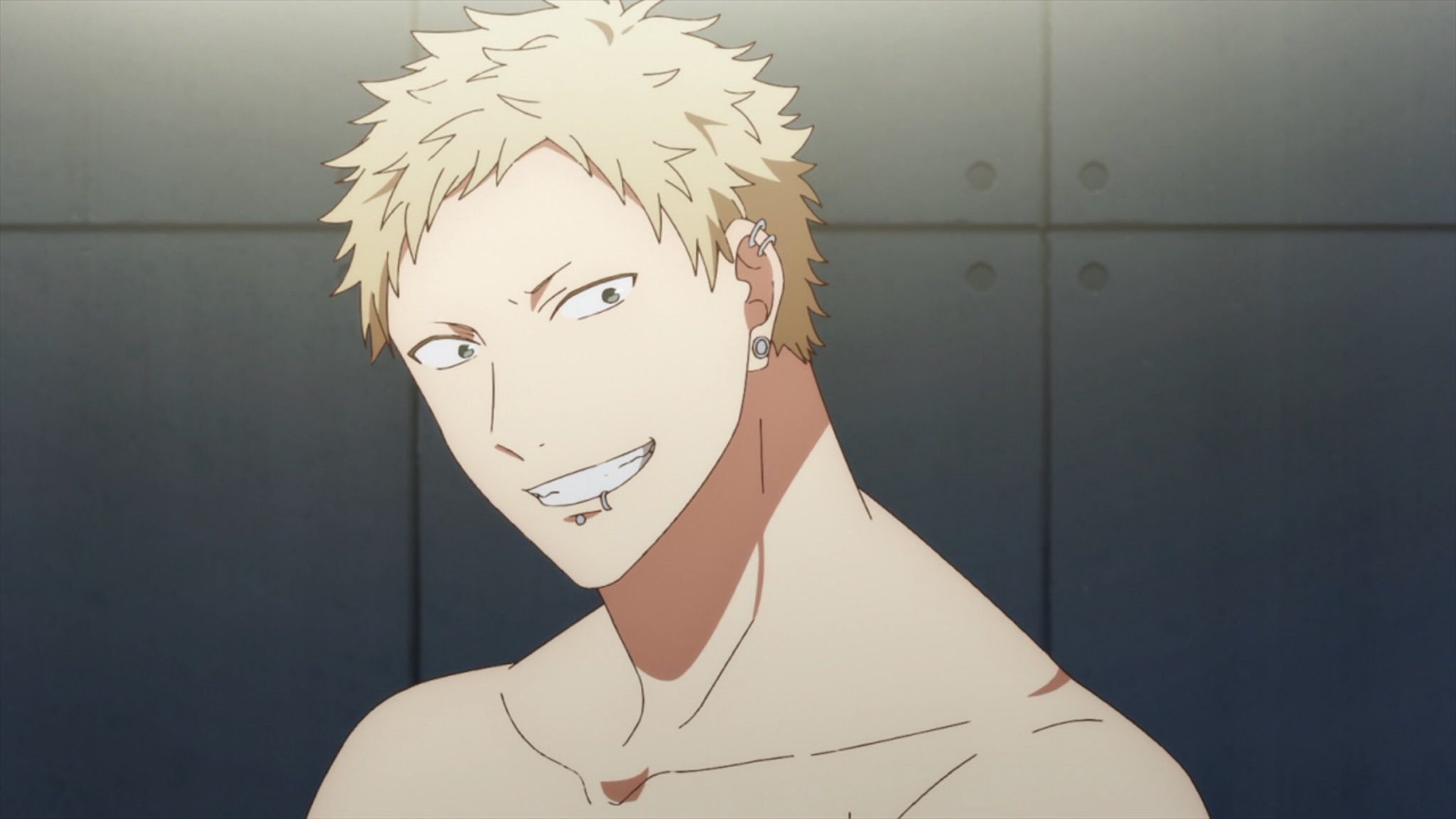 Akihiko Kaji from Given

If straight-forward and tall men with fox-like looks and a warm personality are your type, look no further – Sasaki Shuumei is a simple ‘bad boy’ who hardly causes any trouble. While he has a delinquent appearance, he is soft around his love interest, Miyano, and shows genuine interest in his likes and dislikes. He does not hesitate to help those in need as we see in the first episode and in fact, has a lot of moe factors like having a sweet tooth and being completely whipped over his junior Mya-chan. 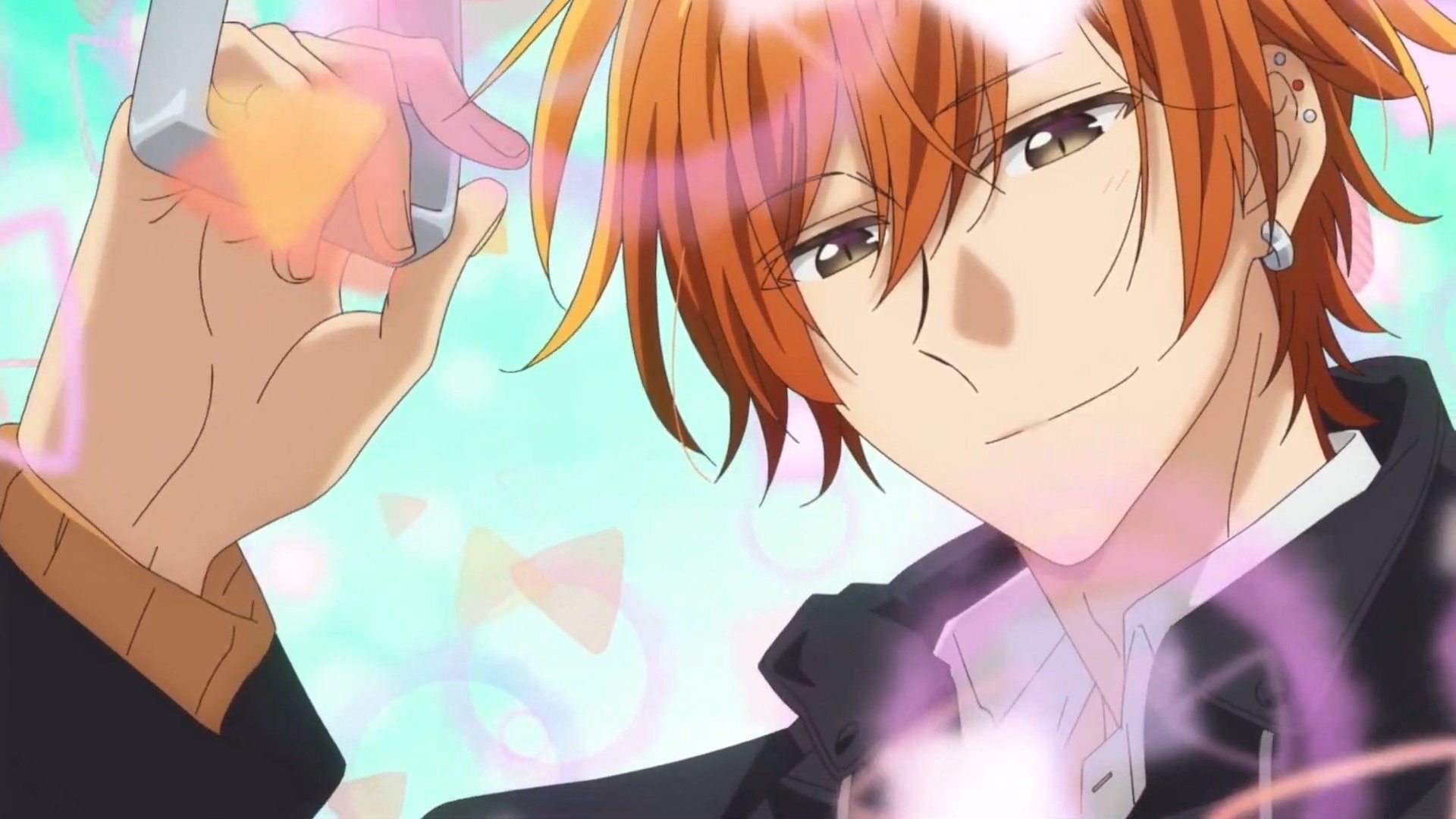 Sasaki Shuumei from Sasaki to Miyano

It is a no-brainer that Levi is a permanent name on the most handsome list, hence we would like to nominate a new face that shook the hearts of anitwt (anime Twitter) on his first appearance after the time skip. Armin Arlert – who was but only a teenager with a babyish face in the first few arcs till the Return to Shiganshina, returned a handsome young man whose good looks were appreciated and tweeted about all over social media. Armin was already a beloved AOT character – always offering amazing tactics with his quick-witted brain that also played manipulative mind games. 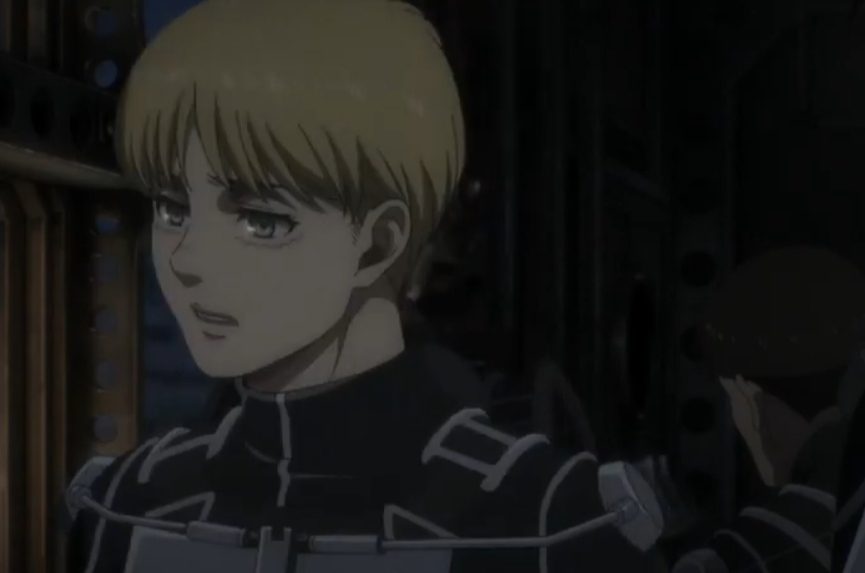 Armin Arlert from Attack on Titan

Yet it was always more about his brains than his face. However, if your social media algorithm is set to AOT-based content post Season 4, you would surely come across millions of Armin edits and compilations, praising his handsomeness The man even has a famous ‘hot’ cutscene that is viral over the internet and it is no surprise that with his brains and good looks, Armin is extremely popular.

Gone are the days when the love interest for shoujo romance is a cocky and handsome bastard who sometimes does problematic actions to the female lead. Now is the time for sweet and gentle guys who get flustered easily and have creative interests like making dresses – someone just like Gojou Wakana. While there is a certain amount of fan service in the series, Wakana remains respectable, helpful, and supportive of Marin and her dream. Rather than helping her make dresses to gain something out of his kindness, Wakana really appreciates Marin for being his first friend and for encouraging him as well. Add his endearing shyness and his passion for his hobby and Wakana is shoujo dreamboat. 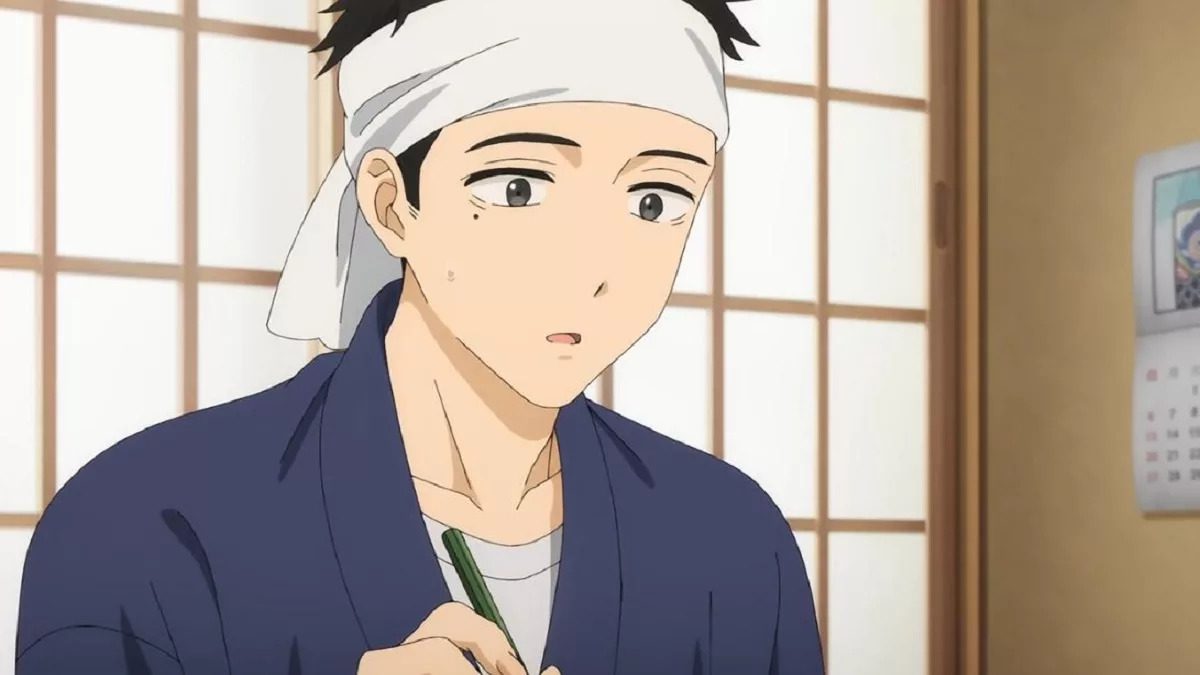 Let’s be honest, the whole cast of Haikyu!! would have made it to the list – but unfortunately, we are only talking about the newest faces. Hence our pick, Osamu Miya – younger brother to Inarizaki setter Atsumu Miya, came to mind after his marvelous display of spiking and blocking skills that he showcased in the last season, Haikyu!! To The Top. Being the quieter one of the twins with a deadpan expression and sarcastic jabs at his brother, Osamu’s charm is his quick-thinking mind and his deadly spikes that are powered by his favorite thing in the world – food! 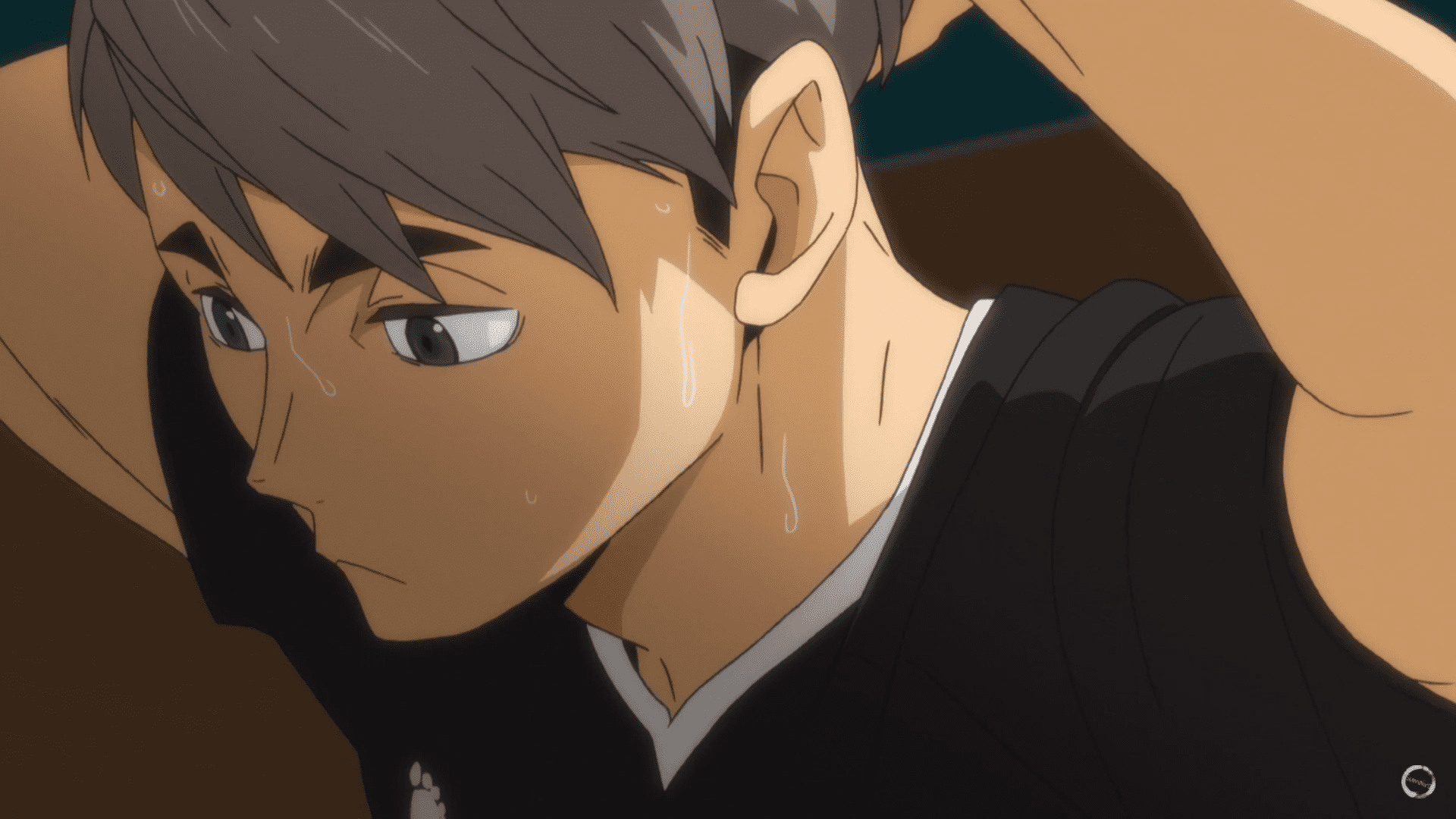 Osamu Miya from Haikyu!! To The Top

One is sure to fall for the younger Miya twin as you see him throughout the show, bickering, and squabbling with his brother but instantly doing his best in volleyball for Atsumu, who he claims loves volleyball more, even if it’s by a tiny bit.

The latest season of Kimetsu No Yaiba introduced us to a new character – Sound Hashira, Uzui Tengen who is all about looking good and being flashy. The man certainly is extravagant with beads and accessories all over his uniform and his face and nails painted – but even more colorful is his reliable but fun personality. What made him the most attractive to fans apart from his strength and power was how respectfully he treats and loves his three wives – using his position as a man of the Tengen clan to tell them that they should not dedicate their lives to protect and be useful to him. 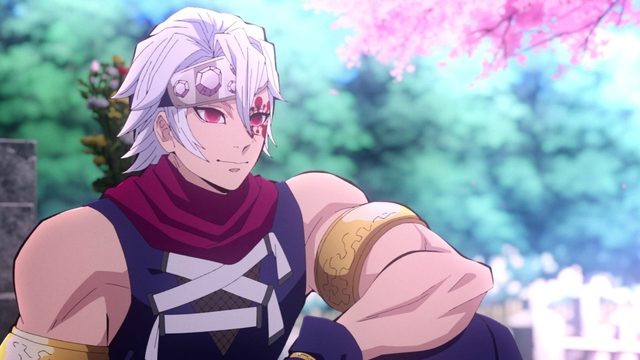 Uzui Tengen from Kimetsu No Yaiba

Later, he retires for the sake of his loved ones and himself and this realistic approach to life leaves fans with nothing but respect and love for him.

You can try to run and hide, but you cannot escape the popularity of Satoru Gojo. The man, with a design similar to Kakashi, has as many fans crushing over him as the Naruto teacher did – maybe even more. Tall, silver-haired, and fashionably dressed when in his ‘date outfit’, one would immediately fall for the overconfident and powerful sorcerer the moment they look at his beautiful, blue eyes. Those who are not in the Gojo Fanclub have a love-hate relationship with him – they hate that they love his surprisingly chill arrogance and his model-like gorgeous looks. 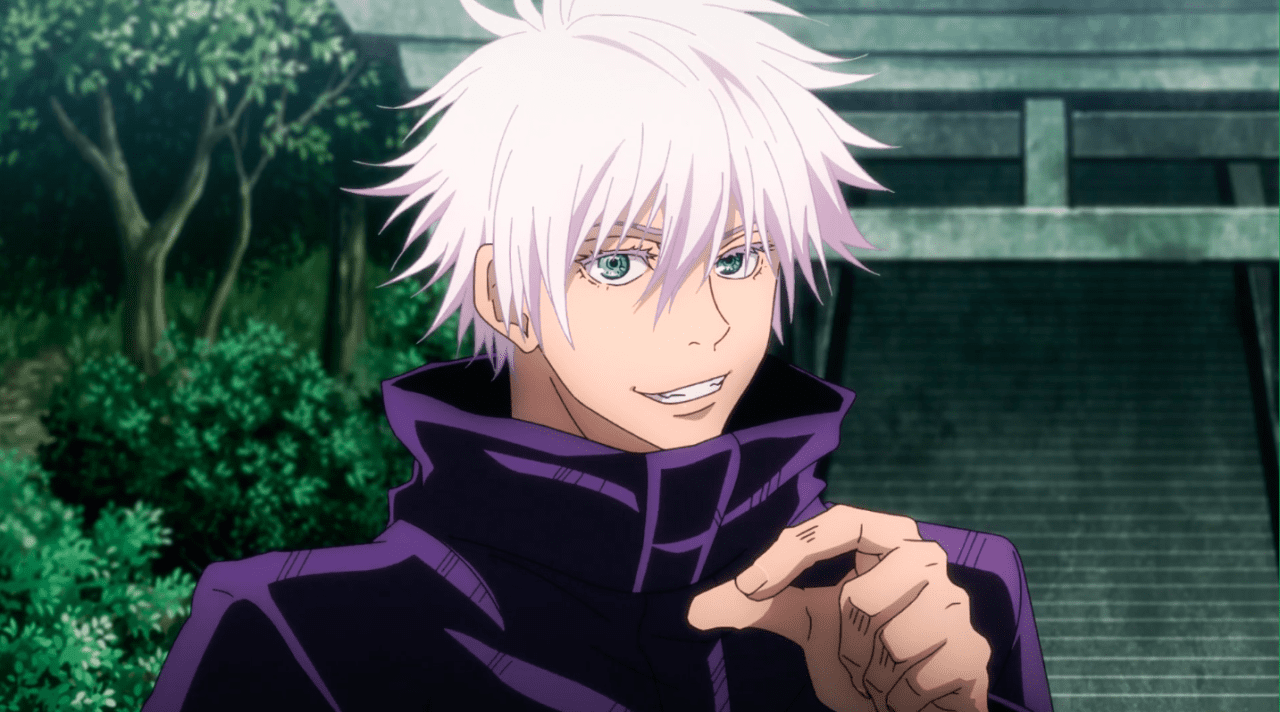 You would be lying if you say you had not already guessed who would be number one on a good looks list in anime from recent times. Attack on Titan dominates all charts whenever it rolls around with a new season and it’s no surprise that after the time skip, the character with the highest number of simps on social media is Eren Jaeger. Women want him, men fear him and his fans worship him – all for good reason. 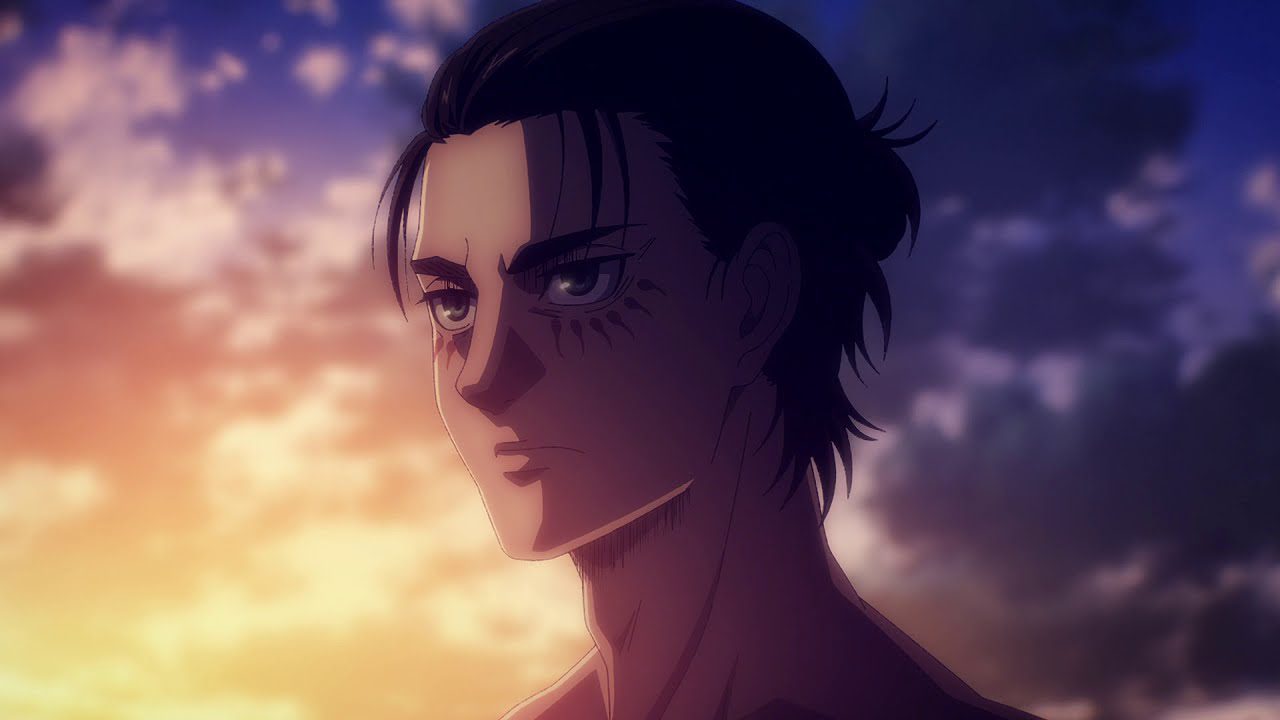 Eren Jaeger from Attack On Titan

Timeskip Eren is a force to reckon with – an all-knowing soul that looks the world in the eye and then guiltlessly takes the courage to destroy it. It is not just the long hair and the muscular body that appeals to fans, but his undaunted spirit to snatch freedom for his loved ones and take destiny into his own hands. You might hate him for his actions, but you will not be able to deny the charm of Eren being the GOAT character he is.

That concludes the list of our Top 10 Most Handsome Anime Characters: 2022 Update. Be sure to tune in for the next!