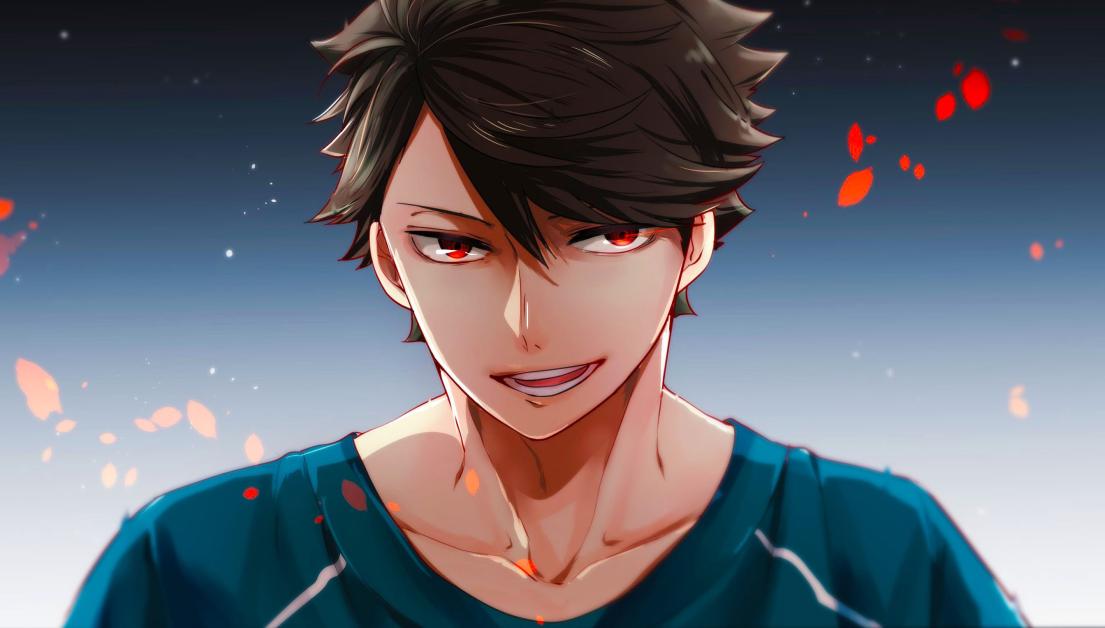 The craze for anime is rapidly leveling up among entertainment lovers. Even many Hollywood movies took inspiration from these anime. They create their shots similar to anime. Undoubtedly, It’s a great market in terms of quality content. We all love handsome guys. Some of their characters stick to our heart and become iconic. We all want such characters in our real lives. There are many great characters which makes a special appeal to our heart. So, we have shortlisted some of the hottest and sexy anime boys of all time. Check out your favorite anime boy and comment down. 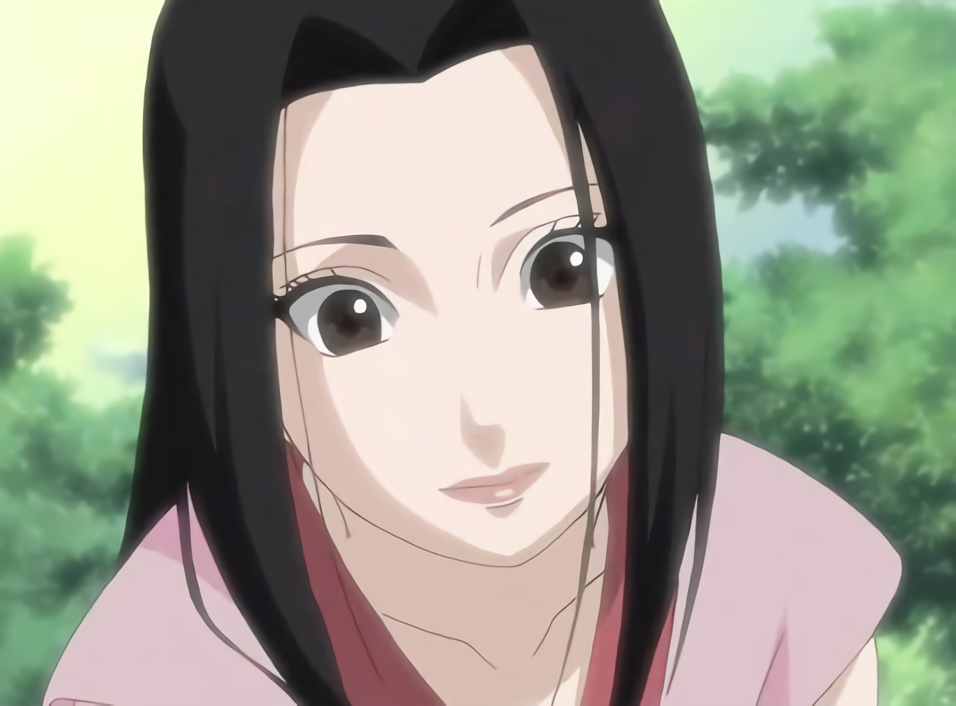 One of the most handsome anime characters is Haku. he is an Orphan. Haku becomes a shinobi under Zabuza Momochi’ tutelage and further becomes a mercenary ninja. he is fierce and brave. His shinobi uniform is trimmed in white color along with a brown sash and green haori. on the battlefield, he wore his long black hair. While fighting, he tied up his hair in a bun with his headband. Watch out naruto you will definitely fall in love with Haku. 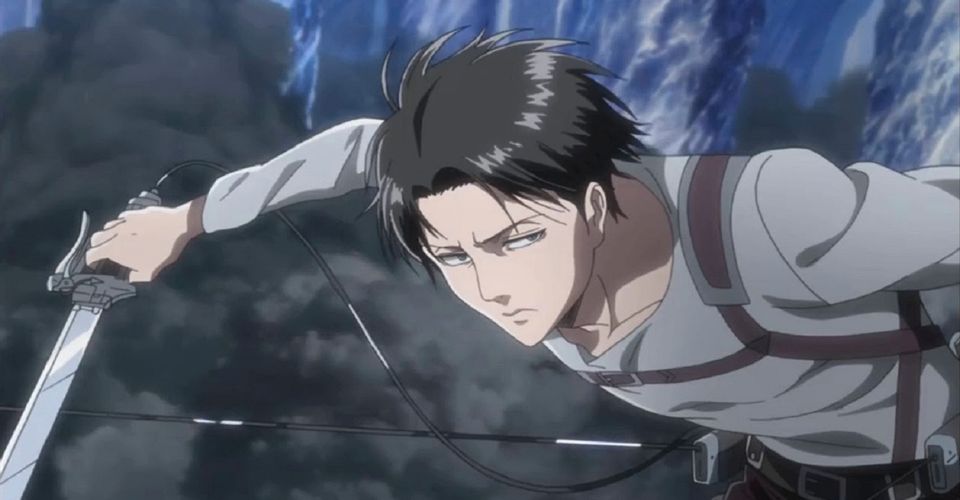 If you are an anime lover, you must have watched Attack on titan and if not you definitely have missed one of the most handsome characters Levi Ackerman. he is short in height but his muscular physique makes him highly attractive. He is very calm and introverted. His aura is mysterious, he speaks less as he believes in speaking with his swords on the battlefield. Undoubtedly, he is the strongest shinobi in the anime. 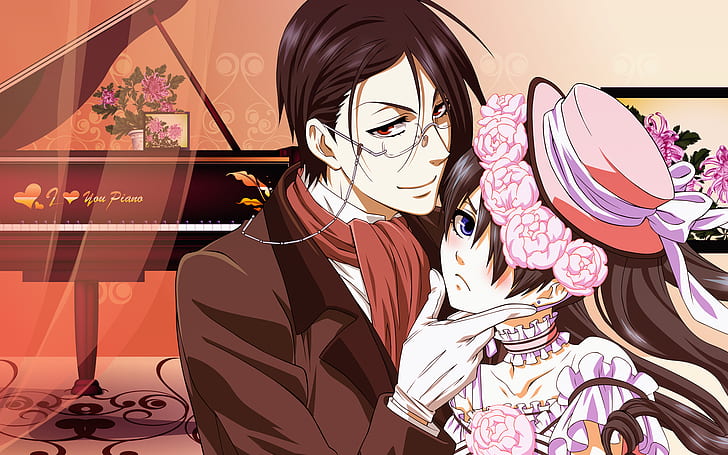 If you love tall guys then your wait is over, Sebastian is here. He is tall, black-haired with red eyes. When he dressed like a butler, black trousers, a double-breasted waistcoat, and a grey vest are his priorities. he also has an alternative look when he polished his fingernails with black. The Pale-skinned Sebastian wore white gloves, a pocket watch, and a chained silver lapel that makes him more attractive. If you haven’t watched black butler yet, then give it a chance you will love it. 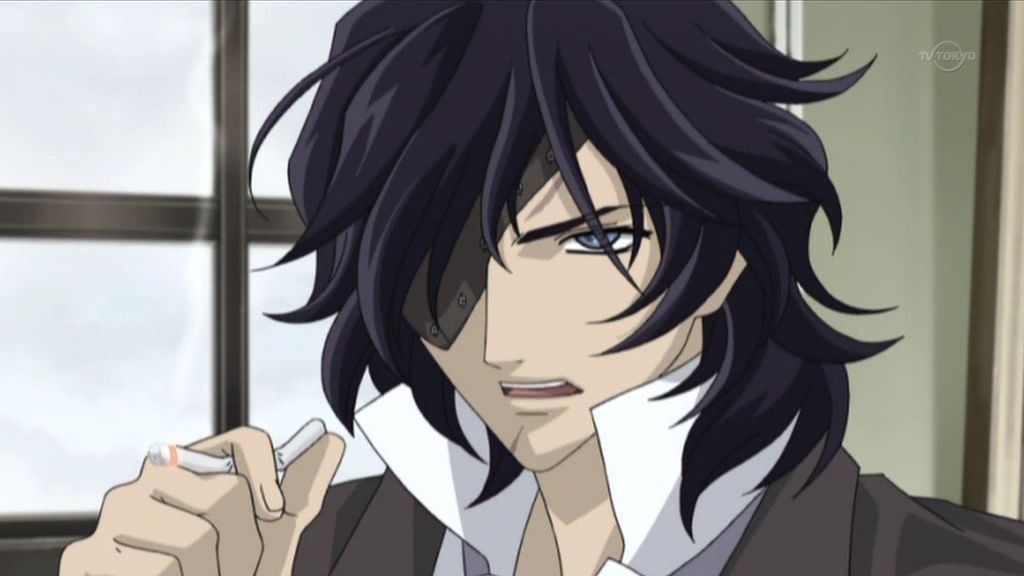 One of the top-rated vampire hunter and an excellent teacher, Togo Yagari, also serves the position of co-president of the vampire hunter association. he is the combo of tallness and muscular physique. Yagari is a blue-eyed boy. His hairs are long and wavy. He has a scar near his eye. A cowboy hat and a cigarette in his mouth add more value to his swag. if you haven’t watched Vampire Knight, you have really missed the swagger Togo. 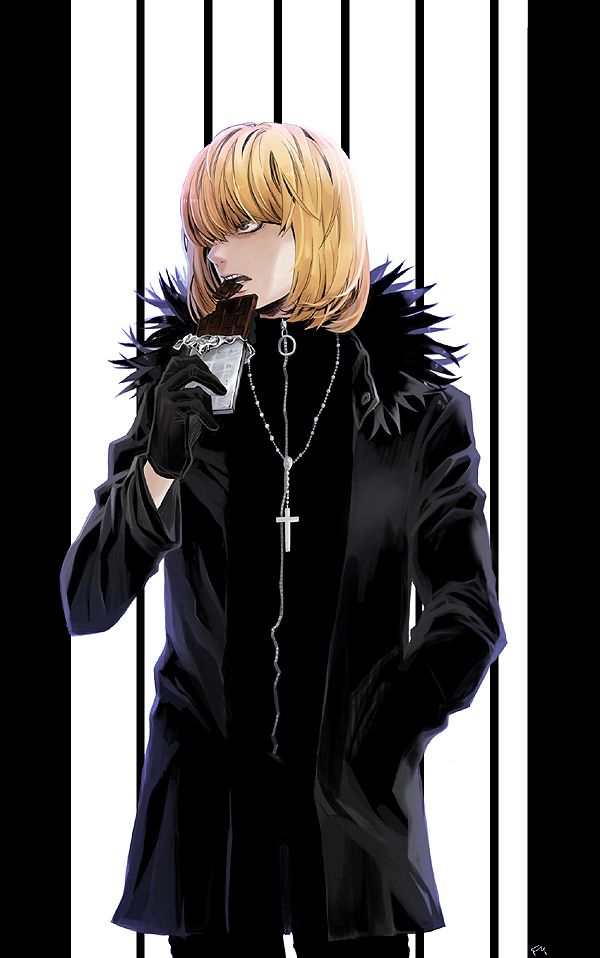 The young adult Mello is the elder of the two possible successors in the “Wammy” house. He is a blue-eyed handsome boy. He usually carries a gun in his long leather pants which makes him a badass boy. He has blonde golden hair and a long chin. As the series proceeds, he gets a long scar between his nose and left eye. Watch Death Note as soon as possible, it well worth your time. 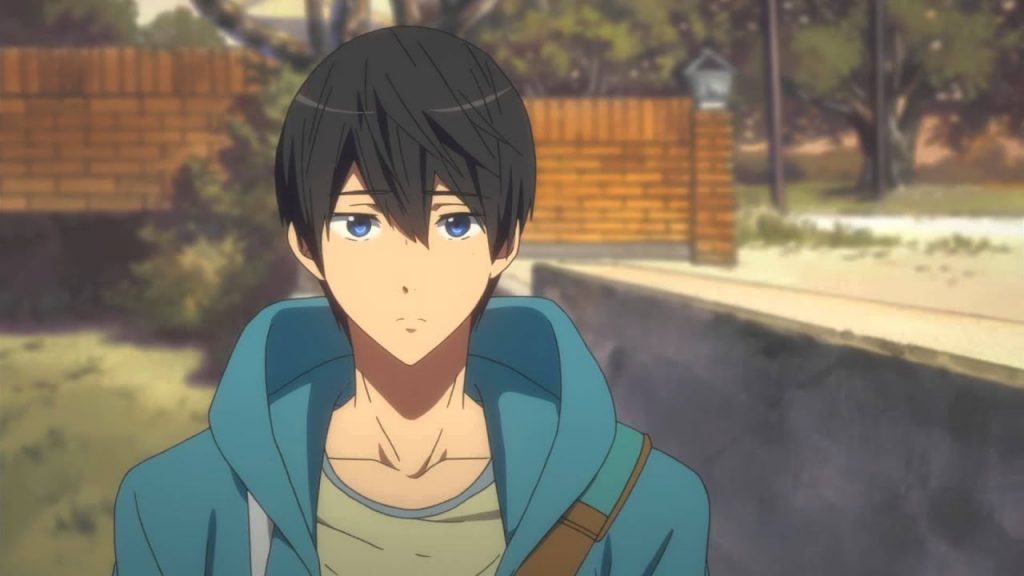 An exceptional swimmer and an athlete, Haruka has an attractive muscular physique. his hairs are straight black and his eyes are blue. he doesn’t like to show his emotion that’s the reason why he is seen as serious. he wore jammers under his usual school uniform. what makes him different from the other handsome anime boys is his muscular athletic body. His triceps and abs add more value to his looks. he doesn’t have any scar or beard, he is a clean-cut boy. Watch out for Free! and fall in love with these men. 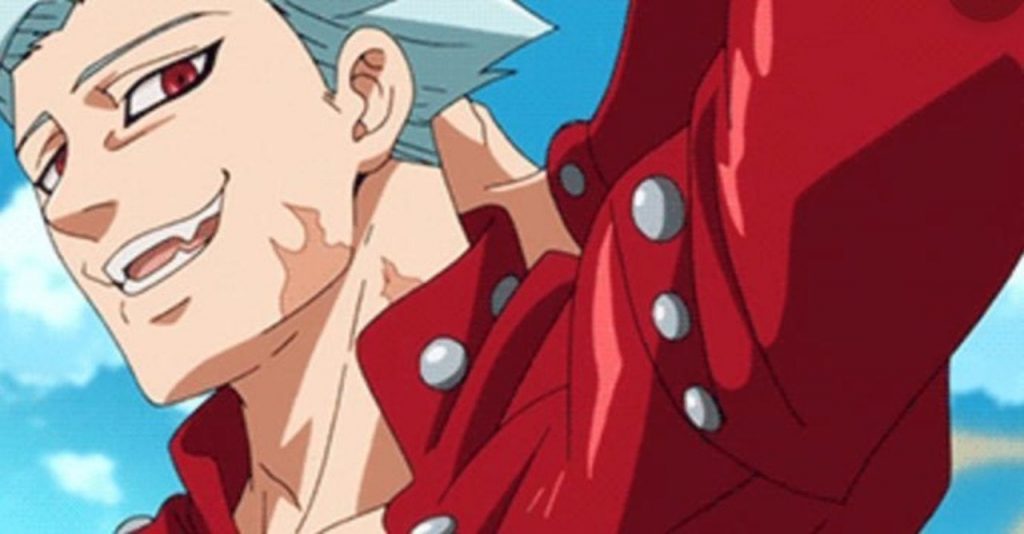 He is not the usual good heroic character. he is that bad boy whom we all want in our lives. The spiky blue-haired Ban has six-pack abs. he is very tall and has an eye-catching physique. Usually, he wore a red-colored leather jacket and tight pants. the metal studs on his jacket make him more cool and handsome. he is considered one of the most swaggy badass boys in the anime world. watch out for the seven deadly sins, you will not regret. 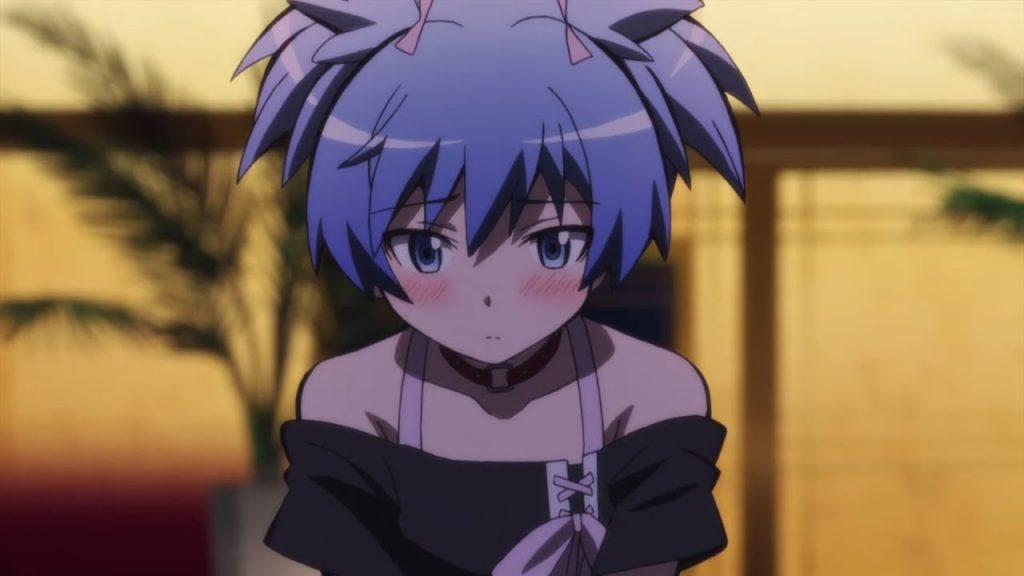 A natural assassin, Nagisa is also a student at Kunugigaoka junior high school in third grade. he is a very lean blue-haired boy with azure eyes. he also supports feminism sometimes. One can not assume his skills just by seeing him. his mother used to force him to put his messy hair back on his shoulders. Thankfully for us, he couldn’t cut them. take a look at the Assassination classroom, you will definitely fall in love with this handsome boy. 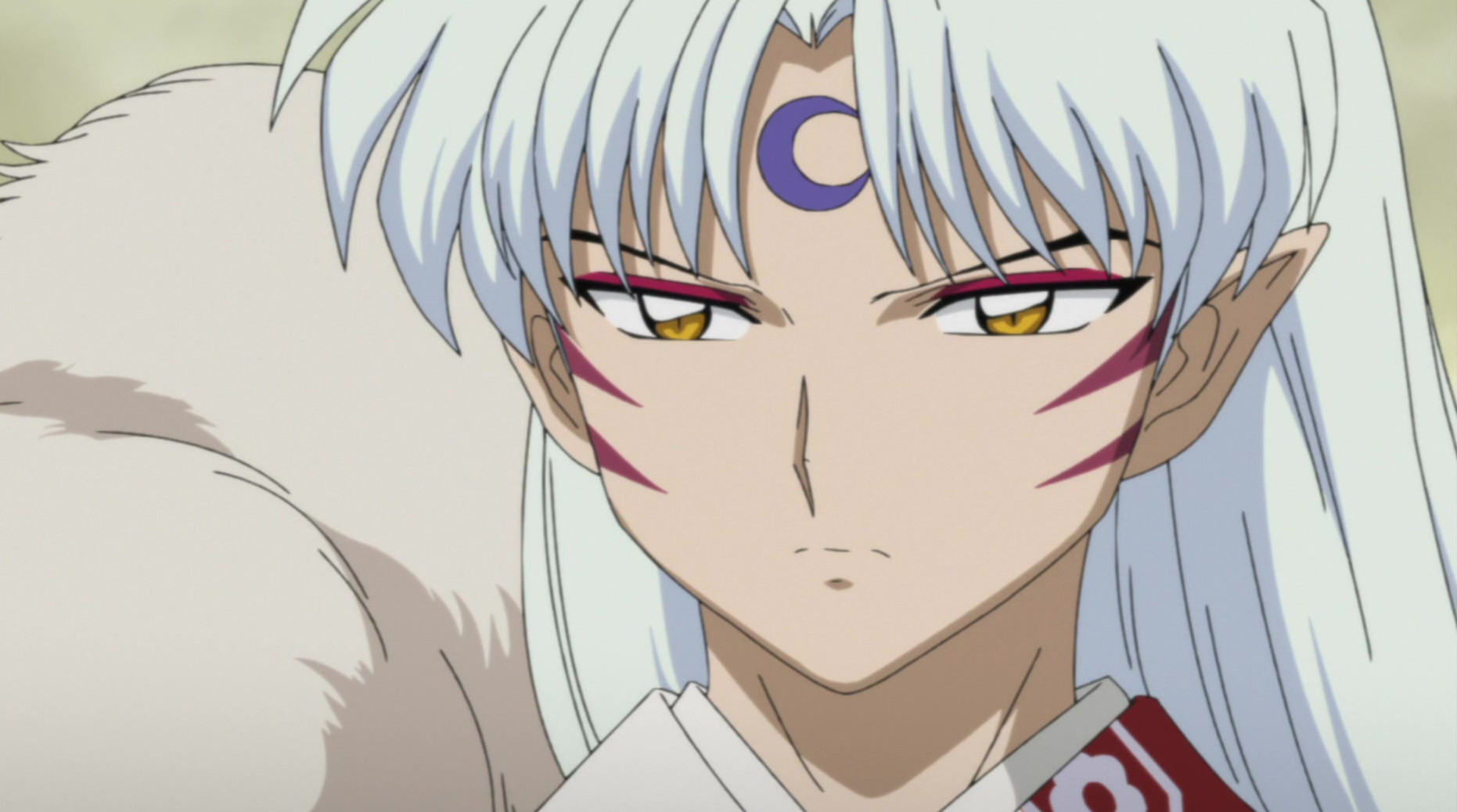 Our next pick for this list is one of my favorites, is Sesshomaru. the powerful young man is very tall and slender. he is a pale-skinned man. what makes him different from the other anime boys are his slightly pointed ears. he looks like a true warrior. his down to knees long silver hairs shine when he walks. the golden-eyed Sesshomaru has a beautiful light blue crescent moon on his forehead. in addition to this, he has two magenta stripes on both cheeks and three similar strips on his wrists. he is someone whom you will never forget. 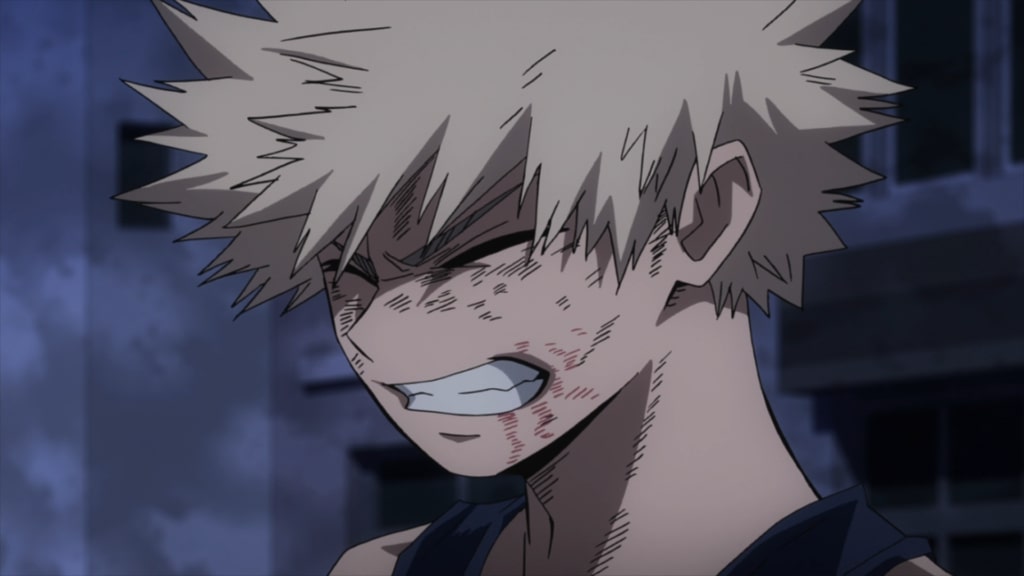 The last character which we have shortlisted in our list is a young adult, Katsuki. He may be short in height but you couldn’t underestimate him. Mostly, he wore his school outfit that is an attractive blazer, and a classy white shirt. Katsuki has reddish eyes and sharp spiky golden hair. he may appear quite sluggish as doesn’t believe to tie the first few buttons of his white shirt and baggy pants. However, he has another dress code too which is a sleeveless black colored V-neck shirt. His heroic outfit includes a metallic neck brace which he used as a collar. He is fierce and a brave character. Watch out for the My Hero Academia you shall surely love his character.

This is the end of our list of Handsome Anime Boys of 2021. Comment down your favorite anime character.