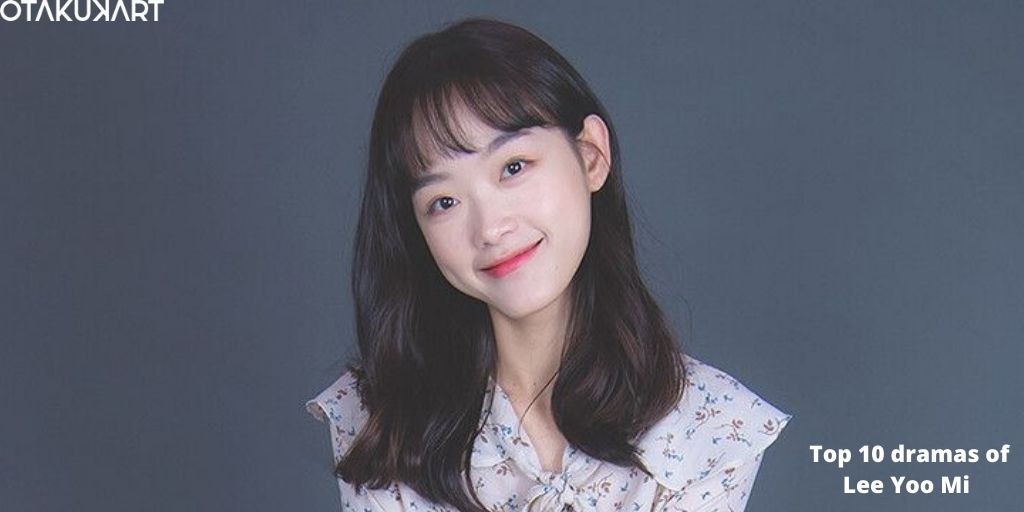 Here is the list of top 10 K-Dramas and movies of Lee Yoo Mi that you should definitely check out. We all are tired of the deadly heat of the summer and just want to refresh ourselves with series and movies. And if you want a list of things to watch on your weekend after a hectic week, this is the perfect place for that. Korean dramas and movies are not just a source of entertainment, but if we look deeply into them, it’s also an excellent way of learning new things about the world, and of course, we learn to appreciate different cultures.

Lee Yoo Mi was born on July 18, 1994, and made her acting debut in acting in 2009 with a guest role in the Korean drama “Assorted Gems”. Since then, she has been portraying various roles and shown her versatility in acting. She also won many awards, such as Best New Actress in Buil Film Awards in 2021 for her successful film “Young Adult Matters,” and she won Best New Actress for film in the Baeksang Arts Awards in 2022 for the same movie. She is one of the rising stars of the Korean drama industry. And we cannot deny that she has limitless potential and talent. This is the reason that people were so impressed by her impactful performances in various series, especially in “Squid Game” and “All Of Us Are Dead”. We now know how talented the actress is, so let us move on to see the top 10 K-Dramas and movies of Lee Yoo Mi, which you should go and watch right now.

Yes, the Korean drama that became one of the most-watched series on Netflix stars Lee Yoo Mi as Ji Yeong, aka Number 240. “Squid Game” is about 456 people who are in immense debt and have failed in their lives. They come to play children’s games together, where their lives are at stake. Lee Yoo Mi’s character in it was not on the show for a long time, but her presence was enough to make a big impact on the viewers. They loved her role, which was open-minded, and made a big sacrifice when she was paired with Kang Sae Byeok in the marble game. This scene shattered everyone’s heart, and thus, no one can forget her role in this fantastic series. The series is also incredible as the show made the whole world become fans of the traditional Korean games, and it spread their culture all across the globe. If you want a thrilling and unpredictable drama, this one should go on your list. 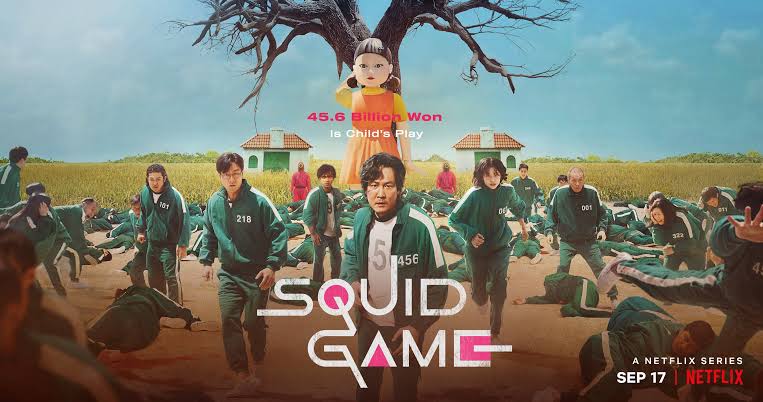 Here comes another show from Netflix that made the whole world jump in fear. “All Of Us Are Dead” is a series where an experiment for a zombie virus went wrong, which resulted in an outbreak of the virus. This was something no one could have ever imagined, and every one, along with the viewers, was anxious about what could happen at any moment. The series thus follows a group of students trying to survive in this deadly situation. Lee Yoo Mi is also a part of them and portrays the role of Lee Na Yeon, who is a spoilt rich student and is very arrogant. This role is a sharp contrast to her previous role in “Squid Game,” where she was empathetic and even sacrificed her life. Thus, this further proves her talent and versatility in acting. The series is packed with intense thrill, top-notch acting, and an amazing storyline, and we highly recommend you to watch it. 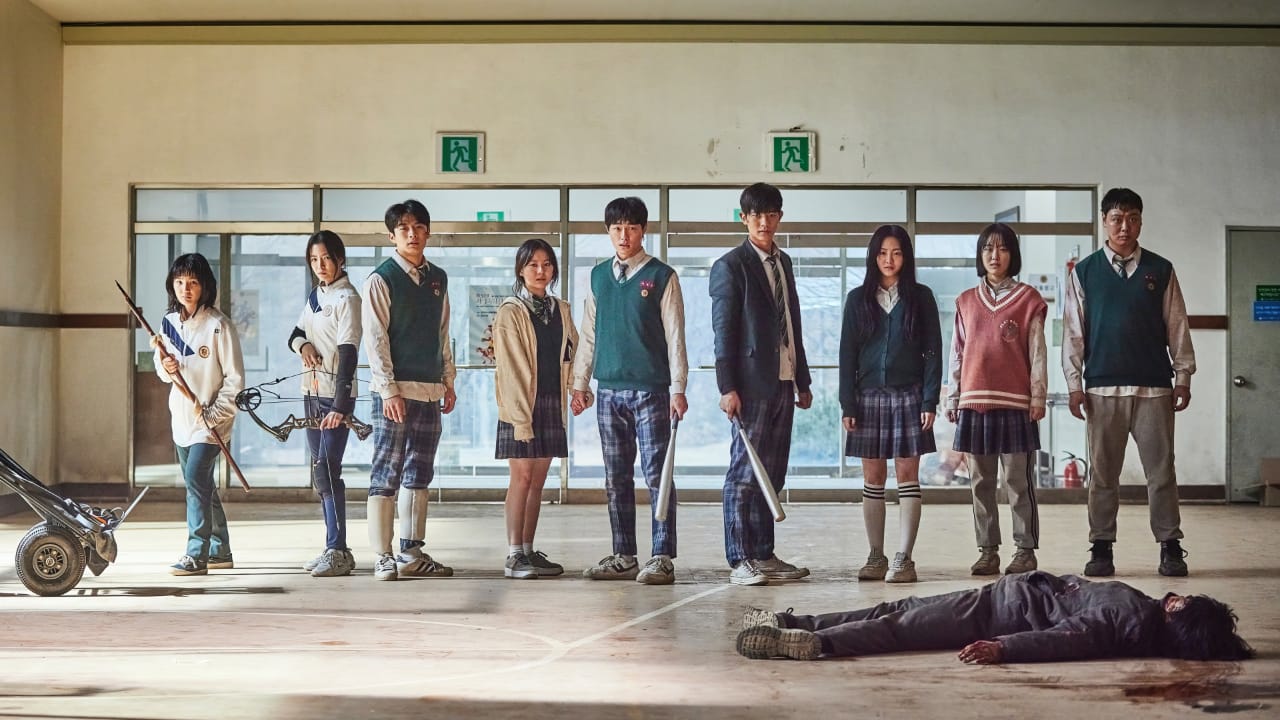 All Of Us Are Dead

This movie has a deep meaning and has won several awards. “Young Adult Matters” follows the story of a teenage girl named Yoon Se Jin, which is played by Lee Yoo Mi. She got pregnant at such a young age and had to face the cruel side of the world when she was just a teen. She was shunned by everyone, including her school and even her family, and thus, she decided to run away from home and get an abortion. On the way, she meets another girl named Joo Young, which was played by Hani of EXID. She, too, was a runaway and, to be exact, an experienced runaway. So, Yoon Se Jin decides to take her help in her journey. They tried various ways to collect money for her abortion which were even dangerous. During the journey, they also develop feelings for each other. The movie is an excellent example of an impressive storyline and impactful acting, and it also successfully shows the reality of the cruel world. 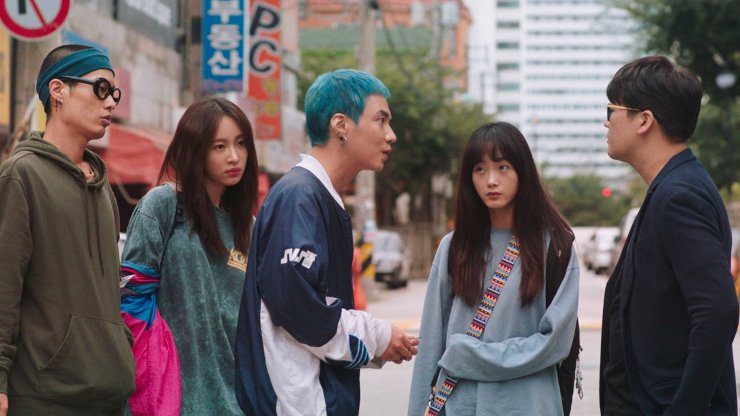 Next on the list of top 10 K-Dramas and movies of Lee Yoo Mi is “365: Repeat The Year”. From the name of the series, we can guess that there must be something related to time travel. So yes, the story revolves around ten people who get the unthinkable chance of traveling back in time to one year ago. They all ‘reset’ their lives just like their perfect dream life, but how can things be this perfect? Suddenly all the ten people are caught up in mysterious cases, and Ji Hyung Joo, one of the 10, tries to reveal the truth behind that. Lee Yoo Mi plays the role of Kim Se Rin and again impresses the audience with her spellbinding performance. The series has a very fresh concept, mixed with fantasy and mystery, which all makes the storyline very interesting. 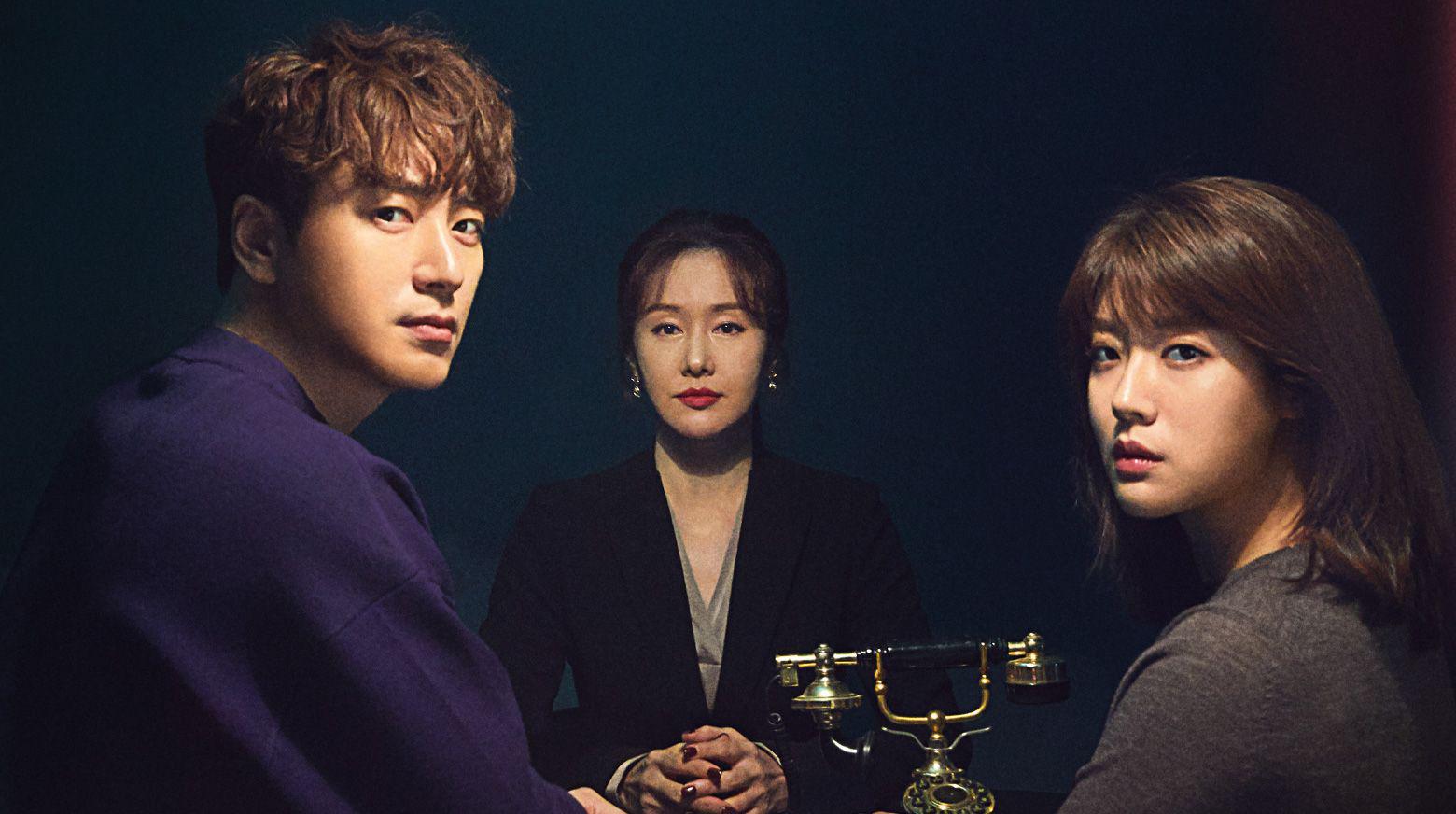 This is another movie that will quench the thirst of all the cinephiles. “Hostage: Missing Celebrity” is a movie that follows Hwang Jung Min, who plays the role of himself, which means a superstar. He goes for a VIP movie premiere but gets kidnapped by complete strangers. He is confused at first about what is happening to him and even thinks that this might just be a prank. But things get serious when the kidnappers show sheer brutality, and he becomes sure that this is something dangerous. The story then follows his journey of trying to find his way out of there. Lee Yoo Mi stars as Ban So Yeon, who is another hostage. Her role again was very impactful, and viewers highly appreciated her acting skills. 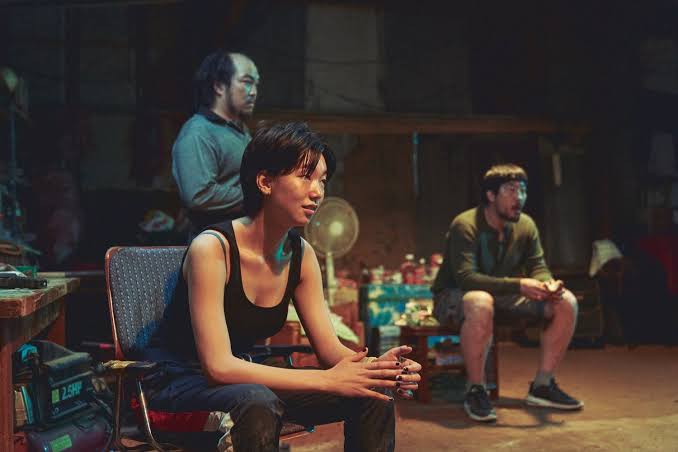 As we are going through the list of top 10 K-Dramas and movies of Lee Yoo Mi, we cannot help but fall in love with the talent of the actress. Now comes another beautiful series by Netflix, “My Holo Love”. The series was a huge hit, and viewers saw a new perspective to love. The story is about Han So Yeon (Go Sung Hee), who has a little too much low self-confidence. And things are worse for her because she cannot recognize faces as she suffers from facial blindness. But she gets a pair of high-tech glasses, which helps her to interact with an AI man, or simply, a hologram.

The story follows a love triangle between Han So Yeon, the hologram, and his creator Ko Nan Do. This might sound a little weird, but we assure you that the story has been handled beautifully, and it is a healing drama where the female lead slowly gets rid of her insecurities. Lee Yoo Mi plays a supportive role of Ji Hye, who is an employee of Prism, but even with a small role, she manages to excel in the part and surprises us. 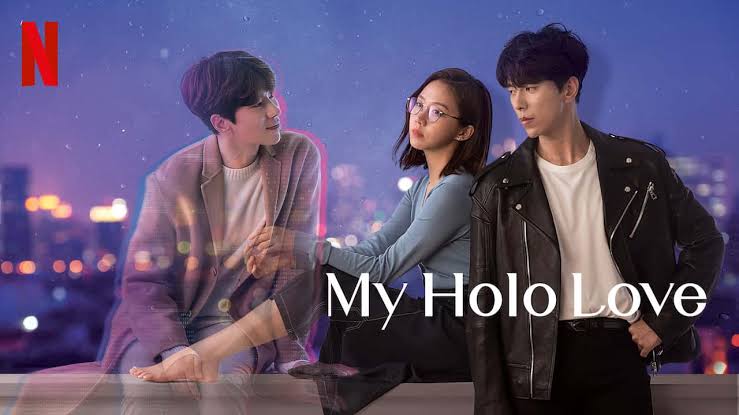 This Korean medical drama is really one of its kind. “Doctor John” revolves around doctors who are highly talented in their fields. Here, they do not just rescue the patients and help them heal, but we can almost feel like we are watching a detective show, where the doctors find out the causes of the mysterious pains just like an investigator goes deep to find the criminal.

The reason why the series is so beautiful is that it gives the vibe of a slice of life series and balances work, romance, and medical parts with perfect harmony. Also, the romance part is very cute, and the cast of the series has done an amazing job in nailing their parts. Lee Yoo Mi also plays the role of a nurse in the pain clinic and shows yet again versatile performance to the audience. If you like watching medical dramas and cute romance, then this is the perfect drama for you. 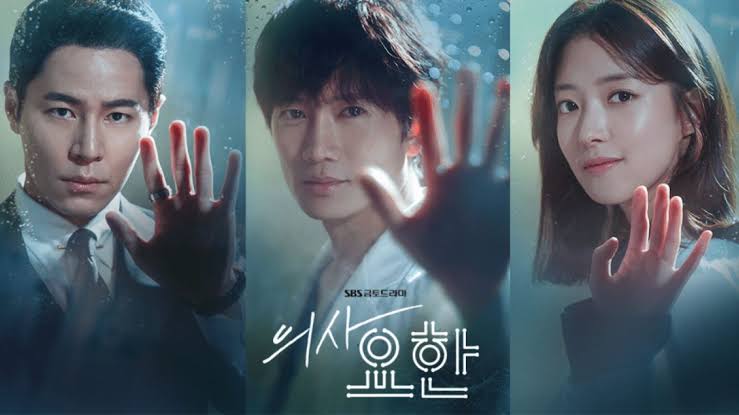 8. It’s Okay To Be Sensitive

“It’s Okay to Be Sensitive” also stars Kim Young Dae of “Shooting Stars” alongside Lee Yoo Mi. This web drama has done an excellent job of raising awareness of the societal issues that people face because of gender norms, especially for women. It shows the cruelty of the world and also how difficult it is to deal with these problems. But do not worry. This drama is not going to make you gloomy; rather, it gives ideas on how to solve or deal with these difficult situations. The drama also shows the romance between the leads and does a good job of keeping the viewers engaged throughout the show. The web drama consists of 12 episodes with a run time of 10 minutes each. So this is the perfect drama if you want to complete a series in less time. 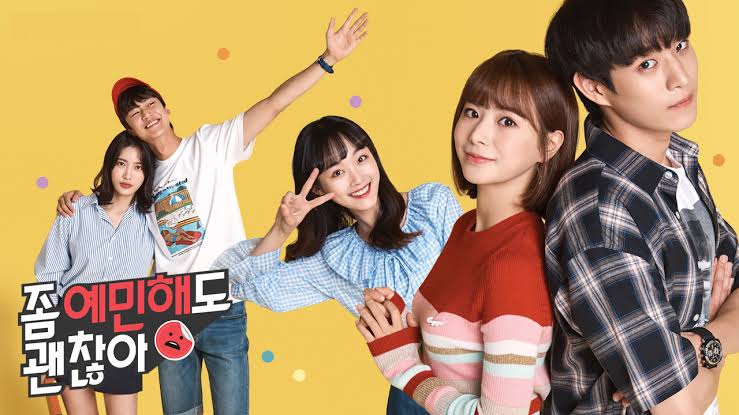 It’s Okay To Be Sensitive

“Superpower Girl” is based on many issues faced by students like bullying and discrimination from teachers, which is big torture for the kids. The film shows very disturbing problems and can be very freaky at times. The story is focused on two students. Lee Yoo Mi plays the role of Maeng Ju Ri, who is often bullied at school and has to hear bad remarks from her teacher. On the other hand, Mina (Kim Hye Joon) is a hardworking student. But things get terrifying when Mina cannot seem to close her eyes, and Ju Ri suddenly starts having a superpower of stitching at a lightning-fast speed. Later, the two get entangled in terrifying situations. So if you are a horror film enthusiast and you can watch freaky stuff, then you can surely add this short movie to your watch list. 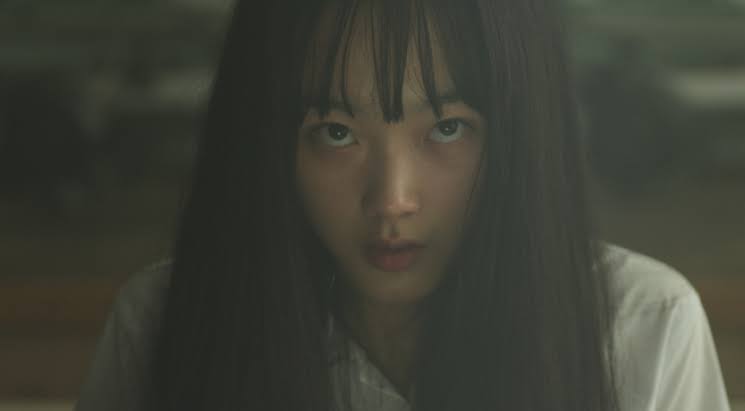 Ending the list of top 10 K-Dramas and movies of Lee Yoo Mi is another beautiful series, “Just Dance”. The series has a light-hearted story that revolves around six friends who share a dream to win a dancesport competition. The refreshing combination of dance and sports has captivated many viewers. Along with this, the story closely shows the beautiful bond between the friends, which is truly heartwarming. Lee Yoo Mi also is among those friends and does a really great job in portraying her character. If you are looking for a slice-of-life series along with a heartwarming storyline, you can definitely start this drama. 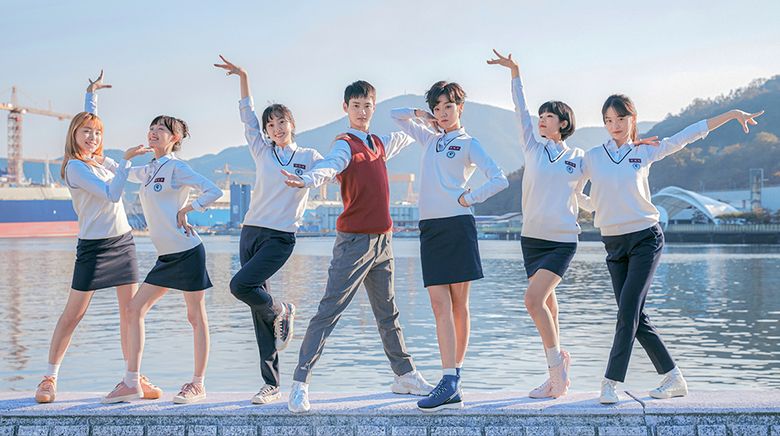