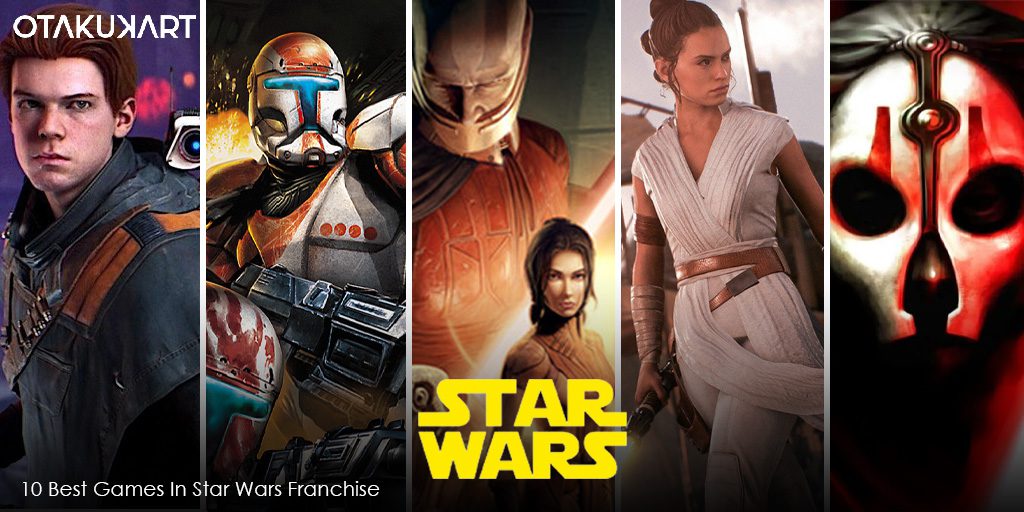 Star Wars games can be dated back to some earliest consoles. The games have a huge variety like it can take place between the times of any movies, others on the Universe. The original creator, George Lucas, also liked the success of Star Wars and created his own game development company called LucasArts. With LucasArts, he wanted more creative control over the making of games. The video game franchise of Star Wars is very successful and have sold over 90 million copies worldwide, making it one of the best-selling game franchise of all time.

Let us start this list article with Star Wars Battlefront II. Many things in Battlefront are very good, which the players have come to enjoy, and the plot is not one of them. The plot of Battlefront II takes place between the events of Star Wars Episodes VI and VII. Say anything about this game, but the graphics were one of the best than any other Star Wars we have seen. 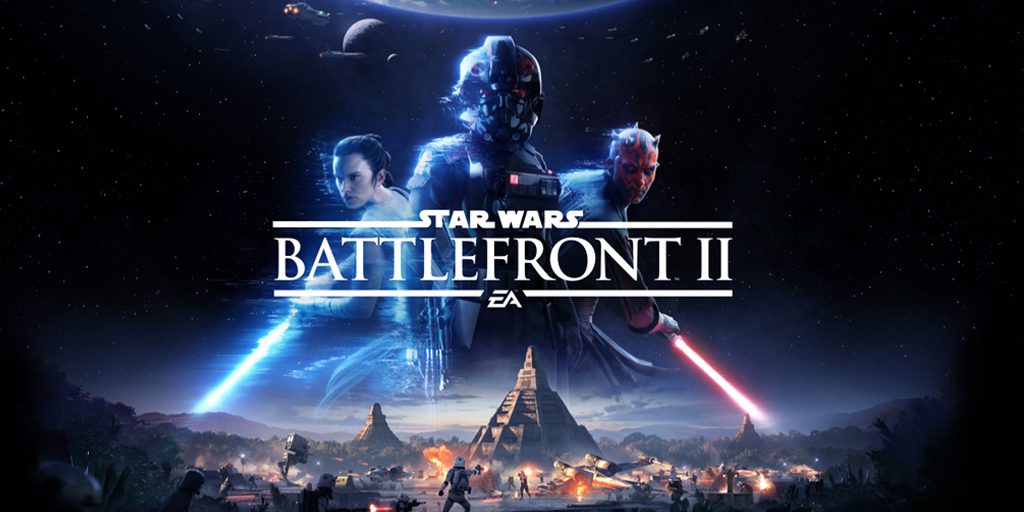 The multiplayer mode of Battlefront II has positive reviews. It is very much enjoyable in the game and the most polished mode in the entire game. The multiplayer game mode makes the player feel like they are truly fighting in a “Galaxy Far Far Away.” With the heavily criticized microtransactions, EA brought many free contents and other updates to prevent further damage and repair its reputation. Some multiplayer game modes like Starfighter Assault put the two teams of 12 players each in starfighters and make them fight each other in space.

At the time when the original Doom by ID was released, everyone started cloning it. LucasArts also tried this and made the Star Wars Dark Forces. Played from the first-person perspective, the players control a mercenary named Kyle Katarn. Working with Rebel Alliance, Kyle learns the secret of the Galactic Empire, which involves the development of battle droids and power-armored stormtroopers. 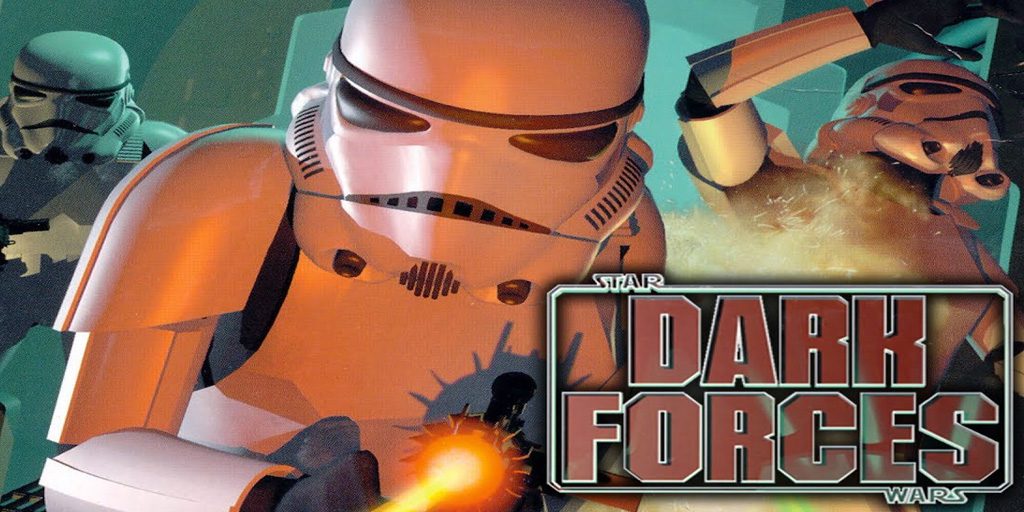 Though called the clone of Doom, Dark Forces expanded much on the feature, which is now common in FPS games. Dark Forces brought the ability to look up and down, jumping from ledges, puzzles, secondary modes in the weapons, collection of Ammos, etc. LucasArts also innovated the FPS genre with Dark Forces. Creative level designs were one of the best things in the game and were the most praised aspect. 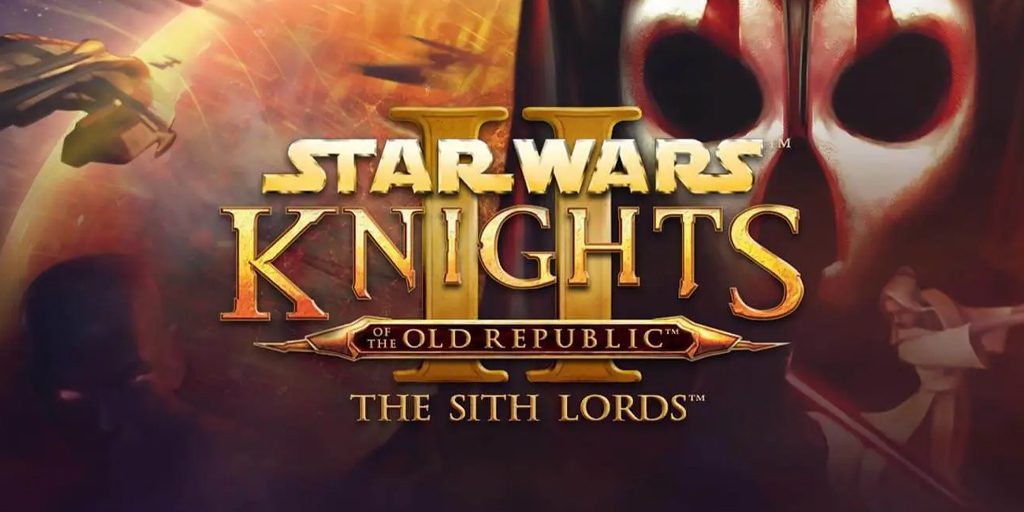 The Knight of Old Republic II takes place five years after the first game. The players control an exiled Jedi and seek all the remaining Jedis to fight against the ever-growing archenemy of Jedi, The Siths. Knights of The Old Republic II has one thing very rich, and that thing is the plot. Everyone liked the plot and felt it was best from the developers, Obsidian Entertainment. The thing that held KOTOR II back was very little production time, 14 months, which made it rushed. The game was released in incomplete form. Many also felt that game looked too similar to the first game visually and graphically. 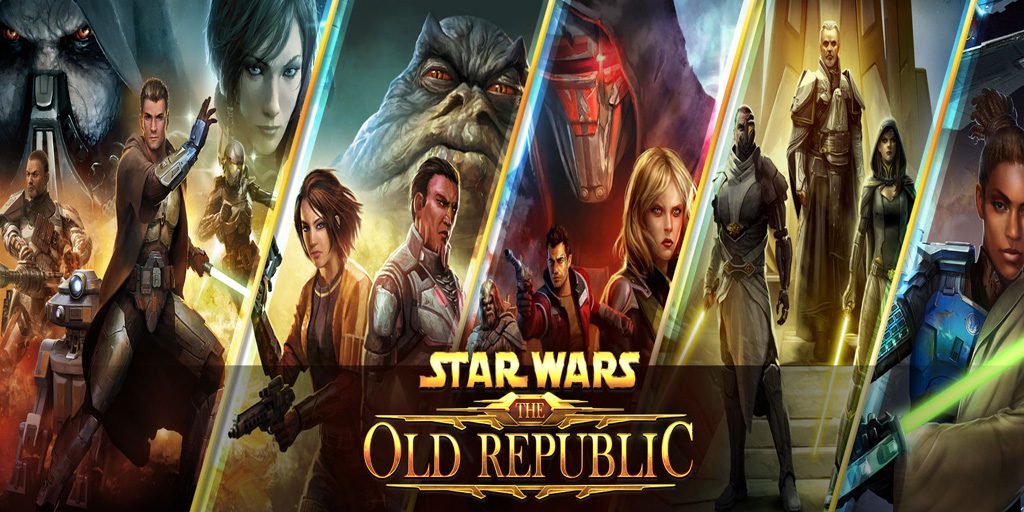 The game is an online MMO, where the players can choose their destiny. Whether they want to be a villain or hero is very much up to them. The best aspect is that with different classes and two different allegiances, the gameplay will be varying. The exploration of the Star Wars universe is also one thing that developers delivered brilliantly. The narrative and quests for The Old Republic are awesome, but due to it being an MMO, many did not give it much chance. Bioware still updates the game with contents and expansions.

Star Wars The Old Republic provides eight classes, four classes each for Sith Empire and the Galactic Republic. The game had anticipation and was released with great success.

Want to feel and fight the dogfight of the star wars saga, then try the Star Wars Rogue Squadron. It is everything the players want from a dogfight. It is tight, fast, and, most importantly, very engaging. Taking place between the event of Episodes IV and V, where the players control Luke Skywalker, control and command the X-wing faction called Rogue Squadron, and fight the Galactic Empire. The game provides various space fighters to the players. This variety makes the gameplay different almost every time. With the huge variety, the replay value is also different.

Star Wars games are always known for three things, using a lightsaber to cut down the enemies, Space Dogfights, and Using the Force to crush the enemy’s throats or throw them far, far away. But Republic Commando followed something else, where the players controlled the genetically modified clone troopers group called Delta Squad. The game takes place during the event of Clone Wars. 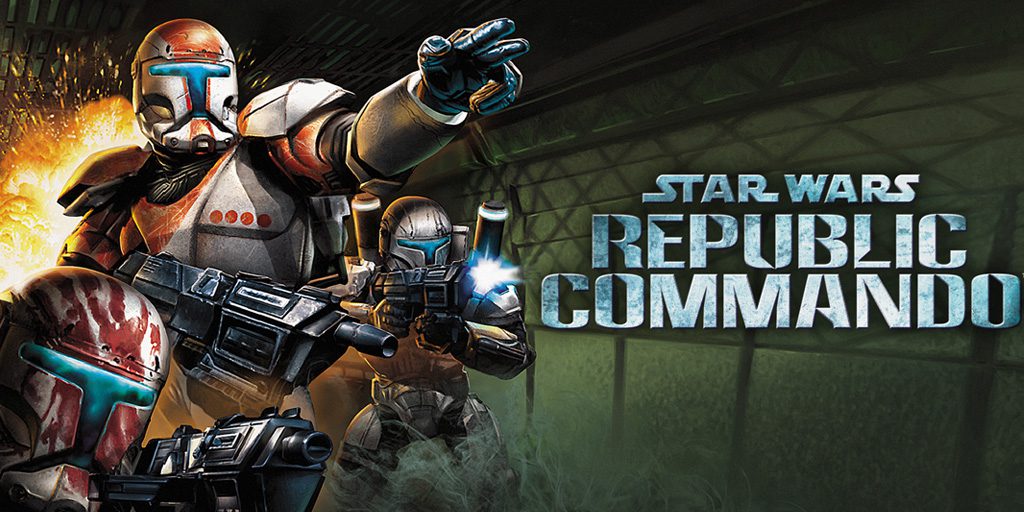 It is one of the gems in the Star Wars franchise, where the shooting takes the main roles and the game nails with it. The best part is that the players can control the other three members’ actions by issuing commands. This allowed the approach and completion of the levels in various ways. In fact, every other member of the delta force has different features and abilities. The level designs and quality visuals are some of the other things that make the Republic Commando another beast on its own.

Jedi Knight II Jedi Outcast returned the mercenary-turned-Jedi Kyle Katarn. Everyone liked this game as it allowed the best combat. The players controlled and felt like the ultimate and powerful Jedi, going around fighting and slaying the stormtroopers with the lightsaber. Jedi Outcast follows Kyle after cutting his ties with The Force, returns to Jedi Ways, and stops the dark Jedi Desann from empowering his army of remaining Imperial Remnant with the force. The combat, level designs, and plot were some of the best aspects of Jedi Outcast. The game allowed the players, during the lightsaber combat, to change stances from light, medium, and heavy. The use of the Force was also the best thing in Jedi Outcast. Many fans and critics have said that Force is one thing that made them feel like a true Jedi. The release of the Jedi Outcast met with highly positive reviews from both fans and critics.

If none of the above interests you and you want to take the spaceship of Star Wars and fight dudes in space, then TIE Fighter is best for you. The game takes place between the events of Episode V and VI of Star Wars movies. TIE Fighters had high recommendations from many critics during the release, and it deserved very much so. The players take the role of pilot piloting Starfighter of Imperial Armed Forces. Though the players are controlling the bad guy, Jedi Outcast lets the players feel like the ones whom they are fighting and killing in a dogfight are the bad ones. The gameplay is not distracting and confusing during the control of the ship. Mission varieties are also some of the best. TIE Fighters never feels like a stale game but amazing and fun. Many consider TIE Fighter to be the best flight simulator for the Starfighters in the Star Wars games.

There was no doubt that the Jedi Fallen Order was going to be on this list. Anything Respawn Entertainment touches and makes them the best it can get, and Star Wars is also one of them. Set five years after the event of Episode III, the players control Cal Kestis, who goes on the quest to complete his Jedi training and revive the Jedi Training. He does all this while escaping the Galactic Empire, which is hunting him. Respawn Entertainment allowed many new things in the Star Wars game, especially in the gameplay section. Cal can wall-run, climb some steep things, backflip and beat the hell out of his enemies. The level designs are also some of the best in this game, where brain usage is literally required.

The Force is also the best thing in the game, where Cal can throw them far far away. The dialogues of the NPC are awesome, especially the Stormtroopers when they know that they will die horribly from the Jedi.

There are many things to consider while making a game on the franchise’s untold history, and Knights of The Old Republic considered it well. The Knights of The Old Republic is no doubt the best star wars game of all time. It takes place 4000 years before the event of Episode I. The payers take control of a Jedi and venture into different planets of the Star Wars universe to defeat the Dark Lord of Sith, Darth Malak, who has declared war against the Galactic Republic. The thing which the KOTOR so good was that many things slightly hinted at in movies and other media were explored. What does it have that makes it best? Well, KOTOR has the best casts of characters, best OSTs, good combat systems, visuals that were at their best for its time, and more importantly, Bioware created a media that was at its best, mainly due to freedom given to them. The replayability is also one aspect that makes the game so much better and more enjoyable.

Also Read: All the Games in Crysis Franchise Ranked