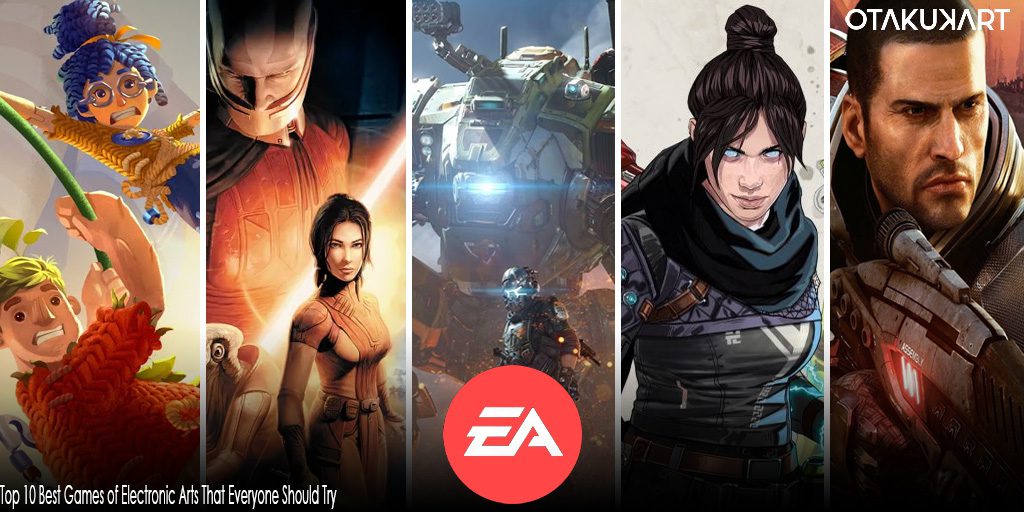 Electronic Arts earlier made many things besides the video games like software. This made the company one of the earliest pioneers in the personal computers market during the 80s. Electronic Arts is one of the biggest gaming companies in the industry, with a net worth of over 30 billion dollars. Some of the IP Electronic Arts owns are: Need For Speed, Medal of Honor, Battlefield, Titanfall, Apex Legends, Mass Effect, Dragon Age, Command and Conquerers, FIFA, Madden, etc.

Top 10 Best Games of Electronic Arts That Everyone Should Try

FIFA is one of the best-selling sports simulation video game franchises and even in that franchise. There are some great FIFA games, some decent FIFA games, and some FIFAs are the copy of others. But one game in the franchise brought huge improvements and made the franchise feel anew. That game is FIFA 12. 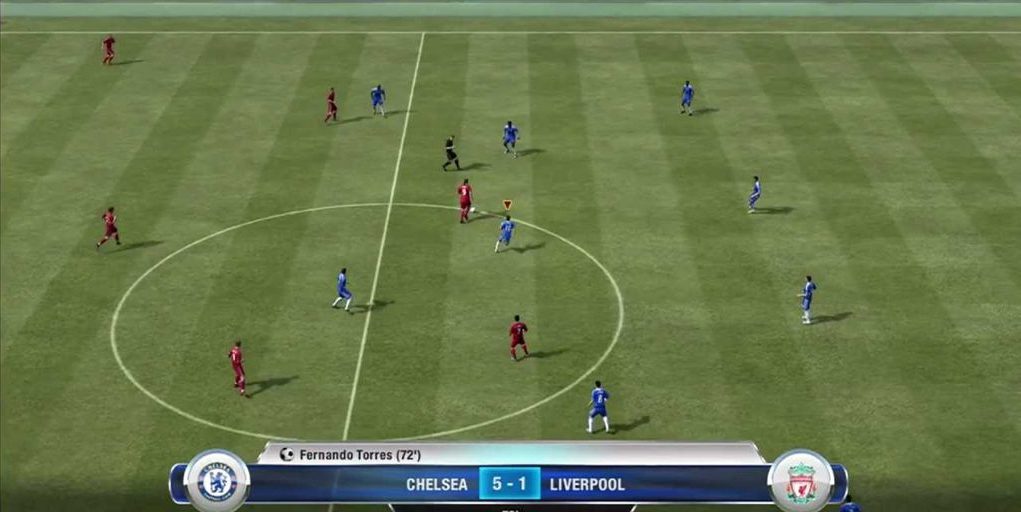 FIFA 12 brought some huge changes in the game and made it feel like some new and original game, which its predecessor severely lacked. The soundtrack of FIFA 12 is awesome, and the Impact Mode felt awesome, which also brings with it some of the ridiculous glitches. FIFA 12 was a huge success being critically acclaimed and commercially successful, making FIFA one of the best games of Electronic Arts.

It Takes Two, a game that came in like a storm in 2021 and stayed like a true king for a whole year. The game showed just how much significance a co-op game still holds in the current generation. 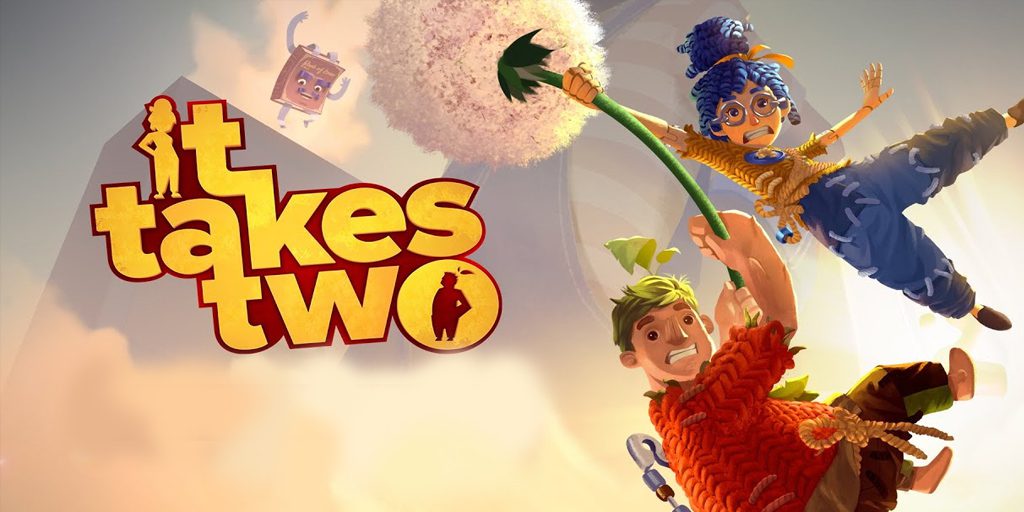 What is there not to like about this game? The art style is so good, the narrative focuses so much on “Trust”, and the gameplay is something entirely else to talk about. On one level, it introduces you to a mechanic, and on the next level, the game throws at you something entirely new and different. It is hard to get bored of It Takes Two. Even the director claimed It Takes Two will be hard to get tired of, and it seems like he was right. It Takes Two also won The Game of Year Award in The Game Award Show 2021. It will not be a joke to say that commercially it also did extraordinarily.

The game follows a couple who turns into dolls in some mysterious ways. To turn back into normal human beings, the couple must go on a wild, epic fantastical journey. 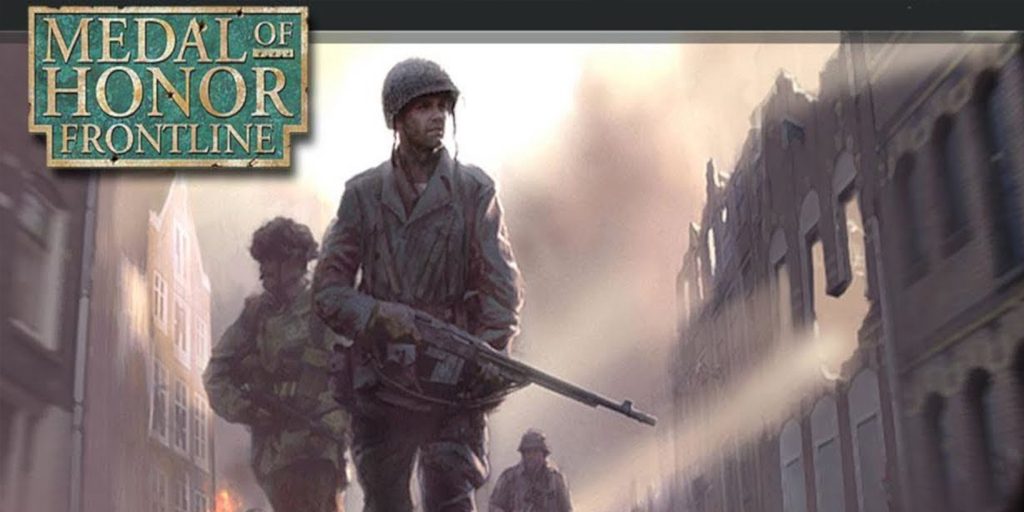 Frontline story has many great action sequences, a singular protagonist which kept the confusion to a minimum and simply made the protagonist very memorable. The soundtrack was considered the best for the PlayStation 2 era, where many publications and game award shows nominated it for the soundtrack. Medal of Honor was critically and commercially successful.

Medal of Honor Frontline takes place during World War II, where the protagonist Lt. Patterson has to invade enemy lines and steal HO-IX flying wing from the Nazis. HO-IX is rumored as a powerful and terrible weapon that can easily turn the tide of war toward the Nazis. 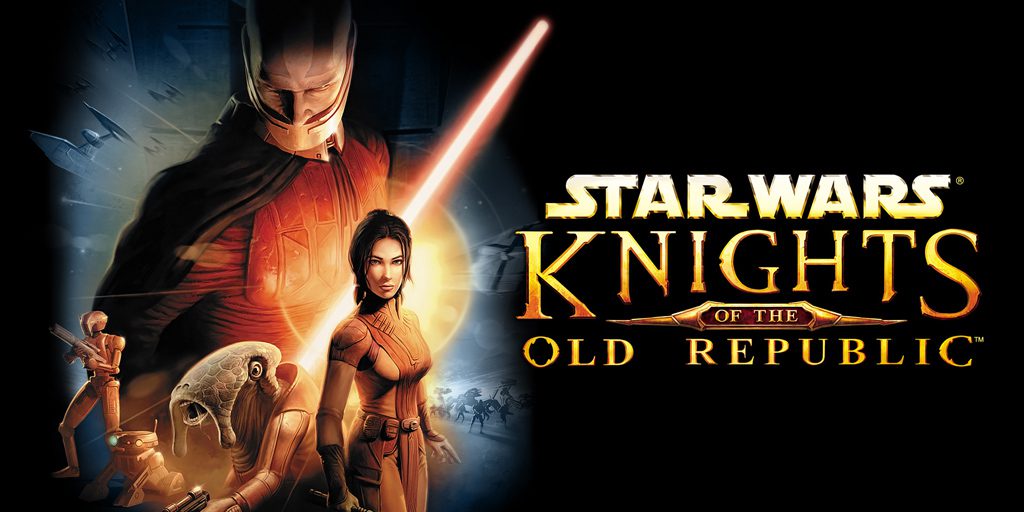 Knights of the Old Republic, during its release, showed and proved that prequels can also be good, in fact, they can be awesome. The game innovated the role-playing genre. The game had some very beautiful graphics of the time, the story explored many things which BioWare took the freedom of. During its time, Knights of the Old Republic won over 40 Game of the Year Awards, which says a lot about it. One can say that BioWare made Knights of Old Republic one of the best games Electronic Arts ever released.

The Knights of The Old Republic takes place during the time when the Dark Lord of Sith, Darth Malak, has declared war against the Galactic Republic. The player controls a Jedi, who must travel to different planets of the Star Wars universe to defeat Darth Malak.

In 2008, Electronic Arts released a game called Dead Space. This game has a huge hand in bringing back and making a genre very successful again, Survival Horror. Dead Space took this literally and went to the scale of infinity. The game made the survival horror genre take place in space. 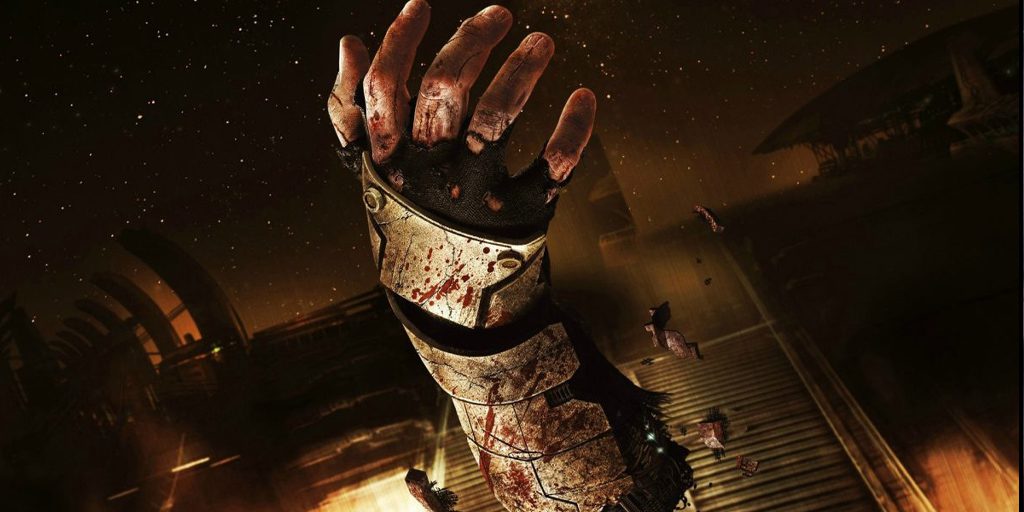 Especially the horror element was a huge factor that made this game a great masterpiece. The level design was disturbing, the enemies are also dangerous until you cut their limbs off, the atmosphere ready to jump scares the hell out of a player. The game did beautifully critically and commercially that led to two sequels.

The game takes place in a mining space station, where it gets infested with some dangerous, hostile creature called the Necromorphs. The player Isaac Clarke must fight and navigate the space station to escape it.

Here comes the top five, and it is none other than the Apex Legends. This game took an already saturated market and tweaked it a little bit, the Battle Royale market. Apex Legends is one of the best Battle Royal multiplayer games ever created. 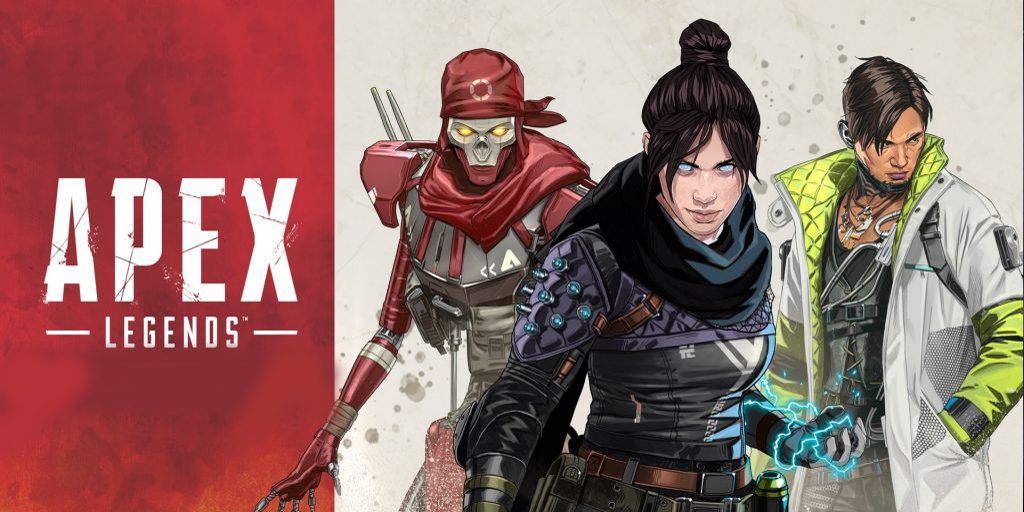 This game innovated it a good amount. Apex Legends brought the respawn system, different agents with different abilities, a more tactical approach to Battle Royale, faced pace battles where movement is important, and, more importantly, the ping system. Respawn Entertainment suddenly dropped this game, and guess what it blew up. Respawn Entertainment also did one more thing to make fans happier, made the game based in the Titanfall universe.

Battlefield 2 released at a time when the first-person online shooter video games were getting more and more competitive every day. The game released with some of the best gameplay in the multiplayer saga, where it was hyper-real, and the gameplay was at its best.

Battlefield 2The maps of Battlefield 2 were also fine-tuned. Many praised the game for providing the feeling of military combat. Battlefield 2 won many awards for the best multiplayer game for 2005, along with the Game of the Year award.

Though primarily a multiplayer game, Battlefield 2 does have a plot. The game takes place in 2007, when the US, UK, and European Union are at war against Russia, China, and the Middle Eastern Coalition(a fictional union).

2016 was the stalest year for gaming. This year released very few games that were worthy of praise. And in that few games is Titanfall 2. Electronic Arts did one thing with Titanfall 2 very bad. They released Titanfall between Call of Duty and Battlefield. 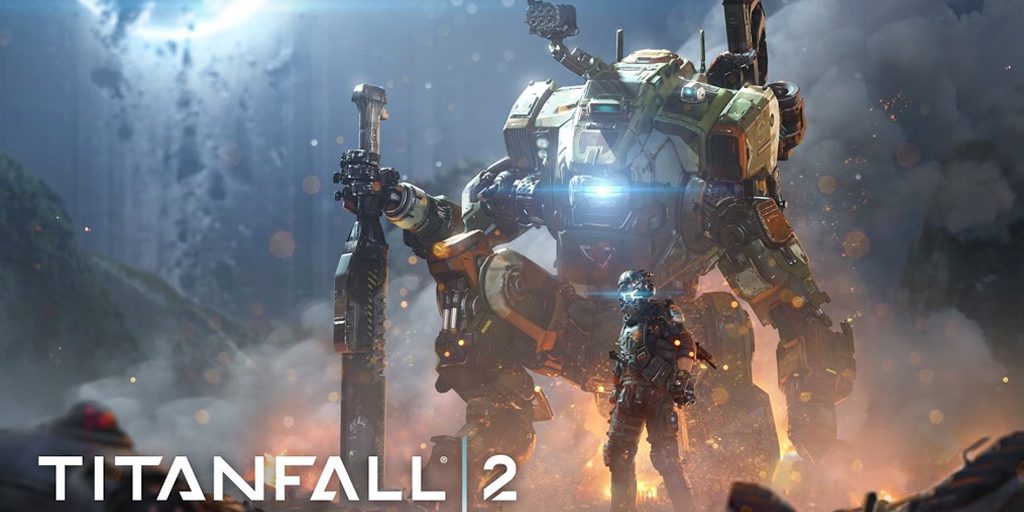 Titanfall 2 came out with some of the best-looking level designs and gameplay aspects, which had become rare in those days. One could say that Titanfall 2 brought with it so much creativity in one level than many other games had in their full walkthrough. Though released between the big two fps shooters, the fans and critics did give it a huge score. The multiplayer was also good, where it improved upon the foundation of the first Titanfall.

The single-player follows a rifleman, Jack Cooper, who bonds with his mentor’s Mecha BT-7274 after he gets killed by the mercenary group The Syndicates. Jack Cooper then goes on a quest to prevent the Interstellar Manufacturing Corporation from using a superweapon that can destroy any planet from a militia planet Harmony.

Original is the best, and it is true. BioWare was on a streak creating one hit after another. Dragon Age Origins is their fantasy masterpiece. 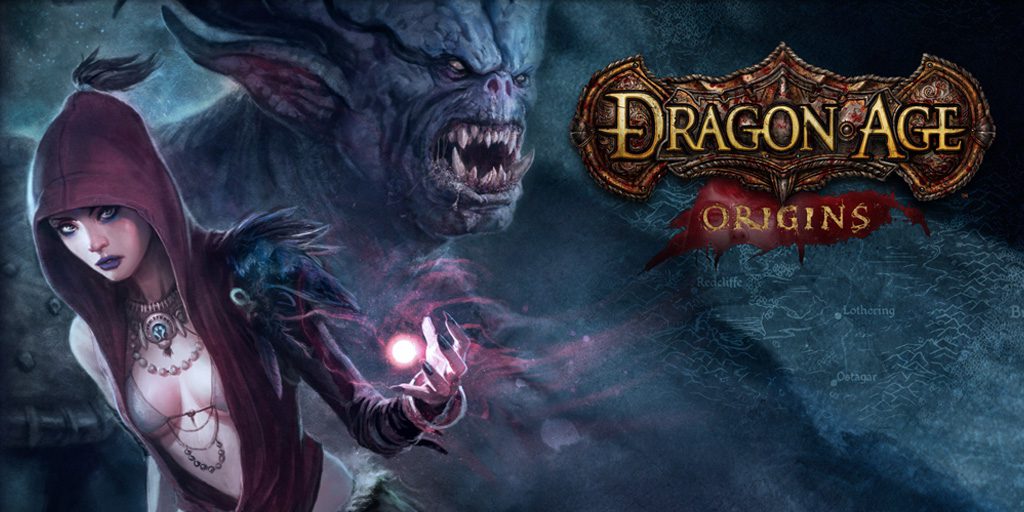 The story was gripping, the origin story for every character is intriguing where the players learn more about the background of certain races. The choices are an important part of the game. The players get to learn more about the side characters through their side quests, which is as gripping and interesting as the main quest. All the side characters are equally liked among the fandom.

Dragon Age Origins takes place in a fantastical world when the monstrous force known as Darkspawn is invading the Kingdom of Ferelden. The player takes a role from any one of the classes from Warrior, Mage, or Rogue. The races in the Origins are Elven, Humans, and Dwarven. The players then join the Grey Wardens and must stop the Archdemon from commanding the Darkspawns from invading the kingdom.

The original is best, no doubt about it but one time, the sequel surpassed and was more awesome than the prequel. Mass Effect 2 is that awesome sequel. Another BioWare title, which once again made a huge impact in the gaming industry. 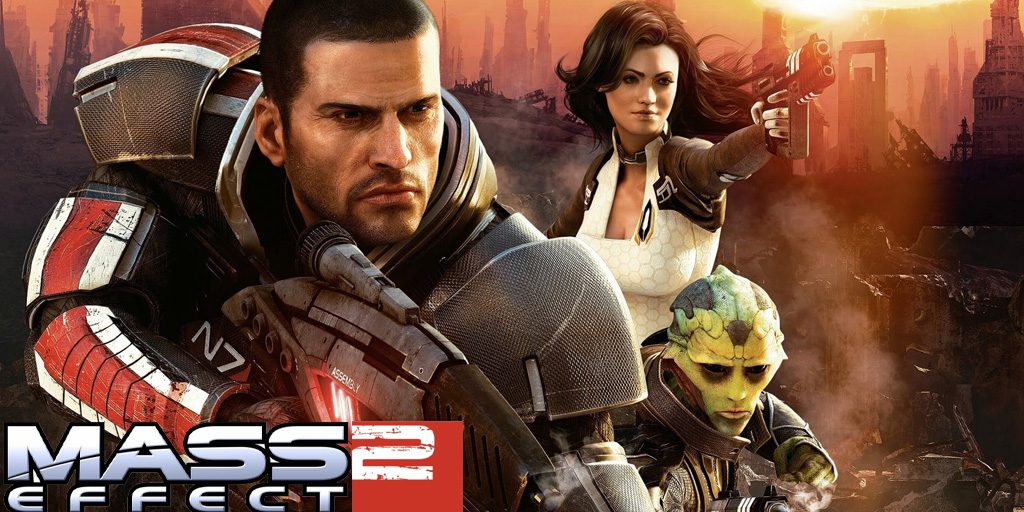 What did Mass Effect 2 get right over the prequel? The most obvious thing which Mass Effect 2 nailed is the gameplay. The combat mechanics improved, the long wait sequences in an elevator were no more. The driving part was no more the part of the second game. And the plot of Mass Effect 2 is as awesome as the original game. The characters presented in the sequel were also more diverse and complex, which made them more likable. Mass Effect 2 was a success both critically and commercially.

Mass Effect 2 takes place shortly after the events of the first Mass Effect, where a mysterious insectoid race called Collectors appears from somewhere in the Milky Way Galaxy. The player again takes the role of Commander Shepard, who must assemble a group and gain their loyalty to go on a suicide mission to stop the Collectors.

Also Read: Who are the Best 10 Characters in Overwatch that Should be Picked in 2022?