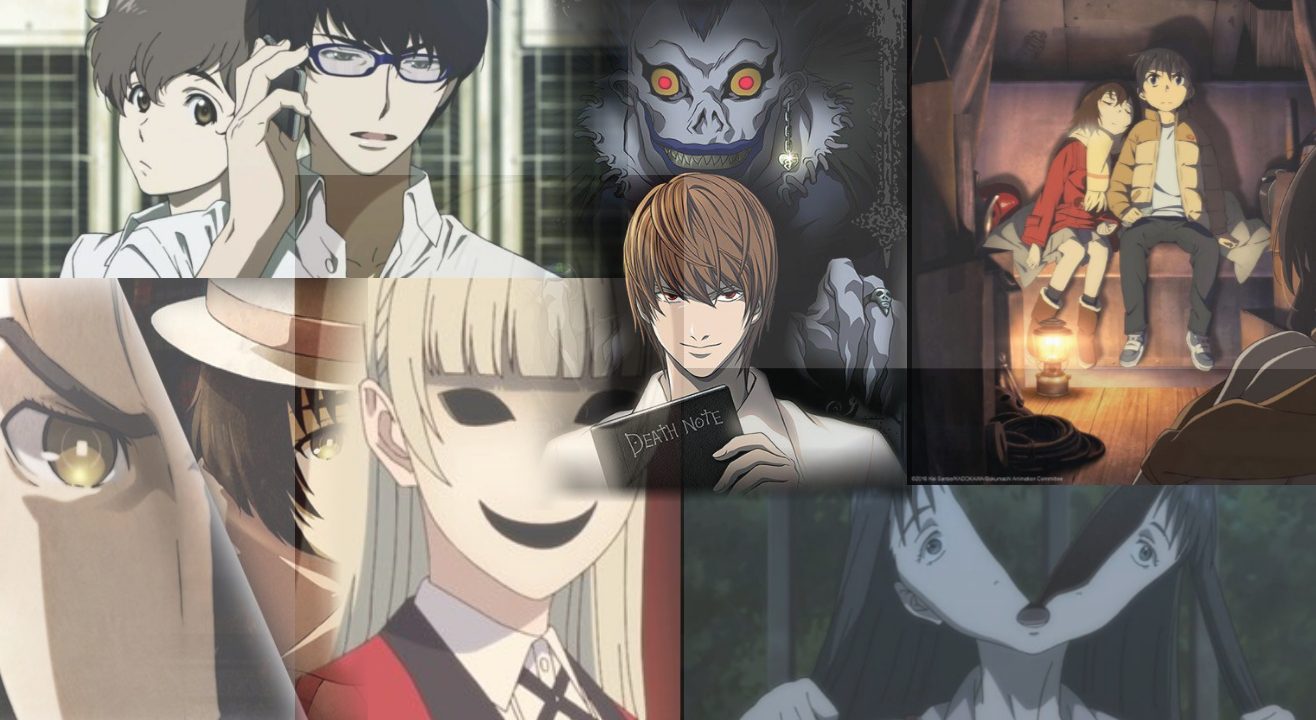 With the wide spectrum of genres of anime available, browsing anime has never been easier. When on a Sunday night you might feel like snuggling up with a cute romance anime, on Monday nights you crave a gore horror that can send a chill down your spine. The psychological genre, like any other popular genre of anime, has its fans. We have all had our moments when we have turned the internet upside down in search of the best psychological anime to nurture our brain cells. Psychological anime is anime that impact the mind deeply. Such anime give its viewers the benefit of a doubt, giving them something to ponder upon. The ability to play with a person’s mind is not as easy and when an anime pulls it off, it is evidence in itself of the hard work that the creator had put in it.

As compared to anime of other genres (like isekai or slice-of-life), the abundance of psychological anime is low. So what makes this genre such a catch? Speaking from a personal point of view, what never stops intriguing me about psychological anime is the fact that it raises a good amount of conflict in our minds. In the flip of a second, psychological anime series put the viewers into an ocean of doubt as they question their ethics and values and try to separate right and wrong. Even if they do not go so deep, some psychological provide a brilliant tactical showdown.

Here are some of the best psychological anime that must not be missed if you are into the genre!

Translated to “Moriarty the Patriot” in English, Youkoku no Moriarty is one of the most recent anime on the list. The anime features some of the most notorious crime fiction characters from English literature. It is initially based on Arthur Conan Doyle’s Sherlock Holmes but with a slight twist. It explores the world of crime from the perspective of the biggest villain of the Sherlock Holmes books, James Moriarty. The anime does quite a good job at expanding its viewpoint. Its characters are executed well and the plot does justice to Arthur Conan Doyle’s original work. Out of some of the best psychological anime, Youkoku no Moriarty has many compatible qualities that make it a part of the list. 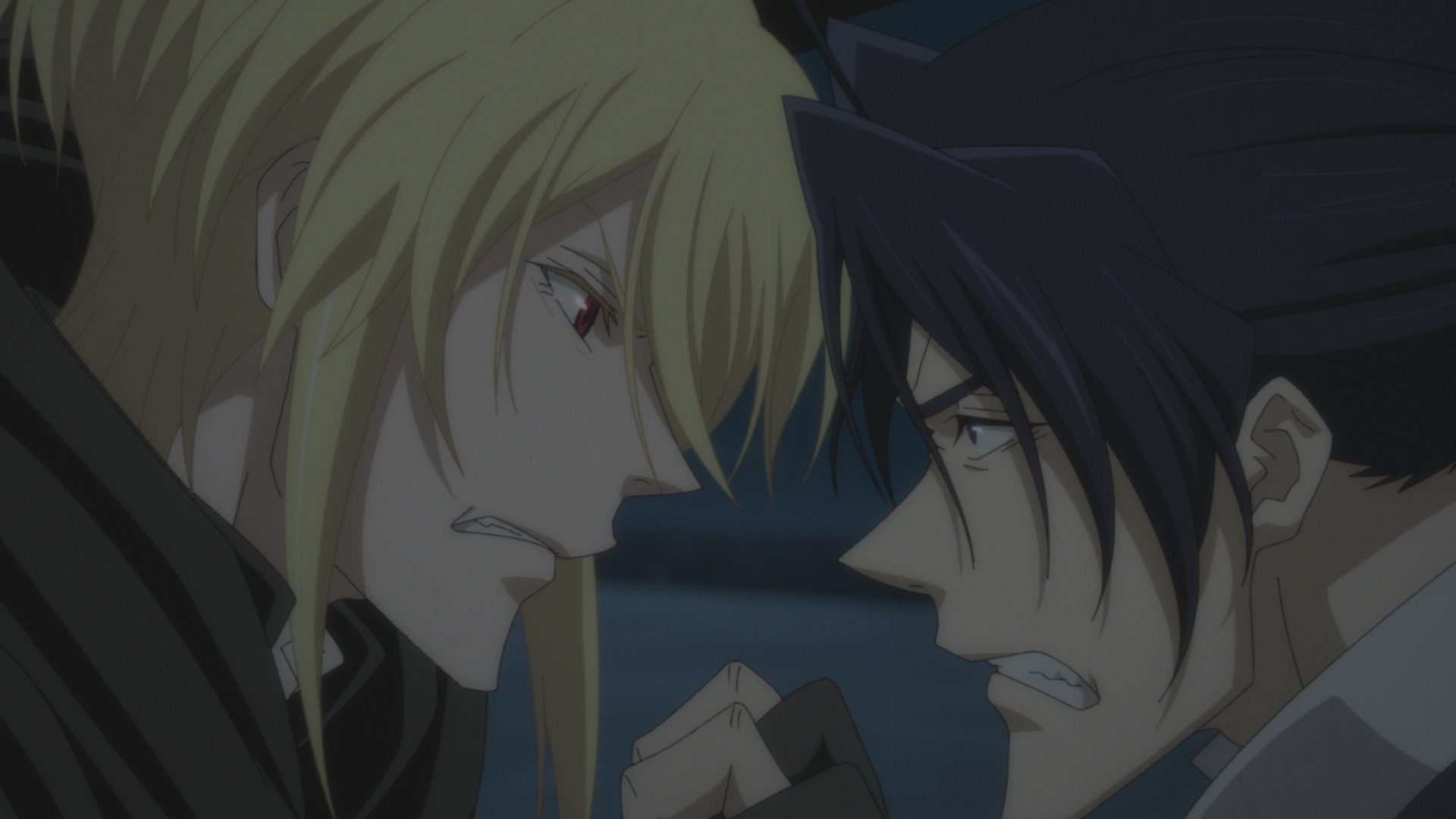 Homura Kawamoto’s Kakegurui was adapted for an anime adaptation in 2017. Kakegurui takes gambling gives us a completely new angle to look at it. Gambling has long been a game of luck and mind. The anime develops through outstanding strategies, some of which leave its audience with their jaws drops. Even more so, it’s the sword of unpredictability dangling around that further keeps the viewers on their toes. Kakegurui’s touch of gambling to give it a psychological taste is what makes the anime an exciting watch that should not be missed. 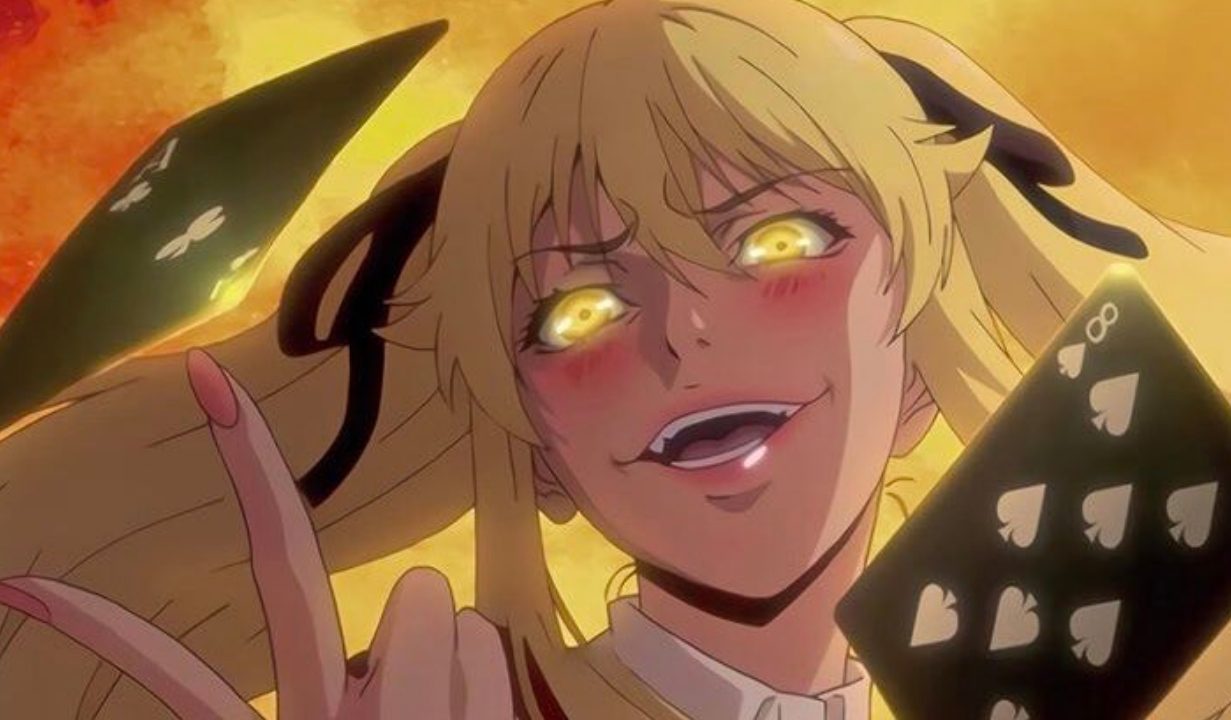 Shiki is not a perfect anime nor is it groundbreaking. However, it is an anime that will leave a long-lasting impact on its audience’s brain. It is no ordinary vampire story. It is brutal at times and tests its audience on multiple occasions. Instead of starting with a bang, the anime has a gradual beginning. But the further it progresses, the deeper it dives. Shiki is, if not the best, one of the best psychological anime to exist. One of the most amazing (and at times frustrating) things about the anime is the fact that it shows multiple perspectives. At its absolute best, Shiki is an example of what an ideal roller coaster ride in psychological anime feels like. 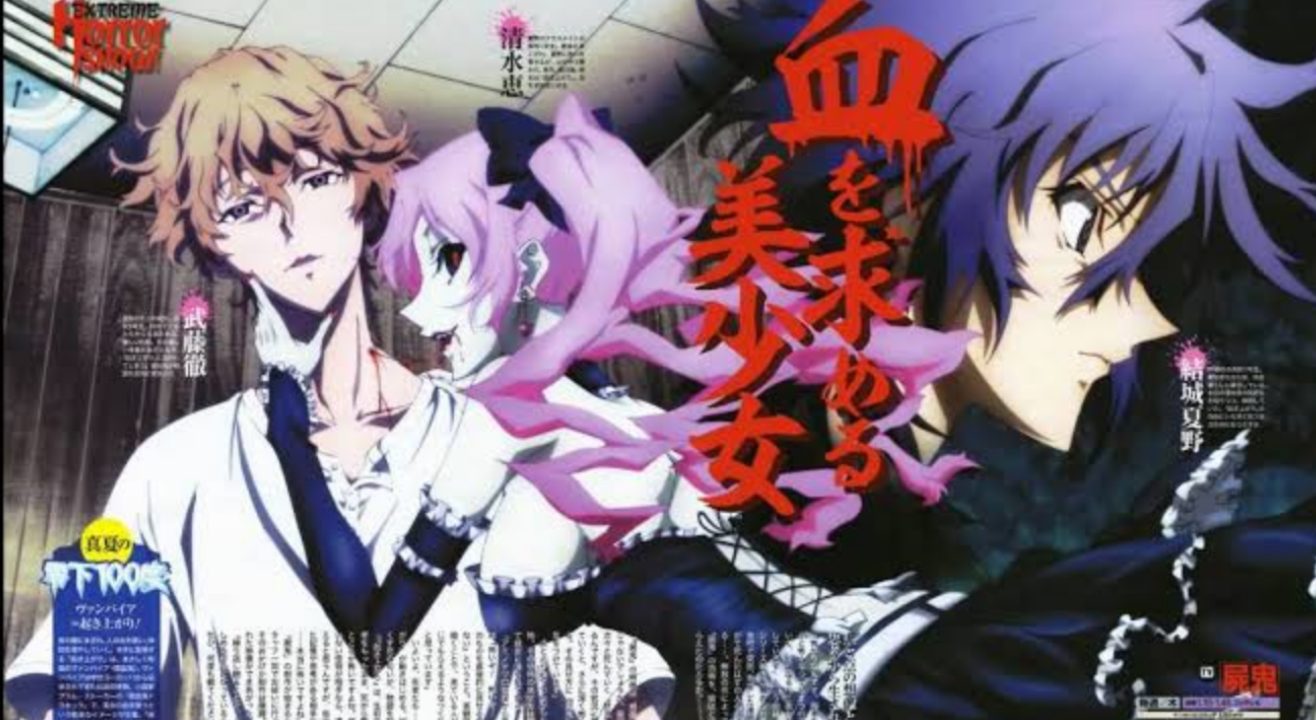 As far as heist anime go, Great Pretender is a brilliant anime. It is fun to watch and has great psychological drama that keeps the viewers invested through the end. The characters are great and the interaction between them is a treat. On the first look, Great Pretender comes off as particularly bland. It looks too simple or too boring to continue. But, as the anime progresses, it grasps onto its audience’s tastes and proves worthy of binging all night. Every case in the anime has a unique flavor. Top it with a great sense of humor, and viola! We get another outstanding anime. If you haven’t yet, grab a bucket of popcorn and binge this heist anime on Netflix real quick. I guarantee you won’t regret it! 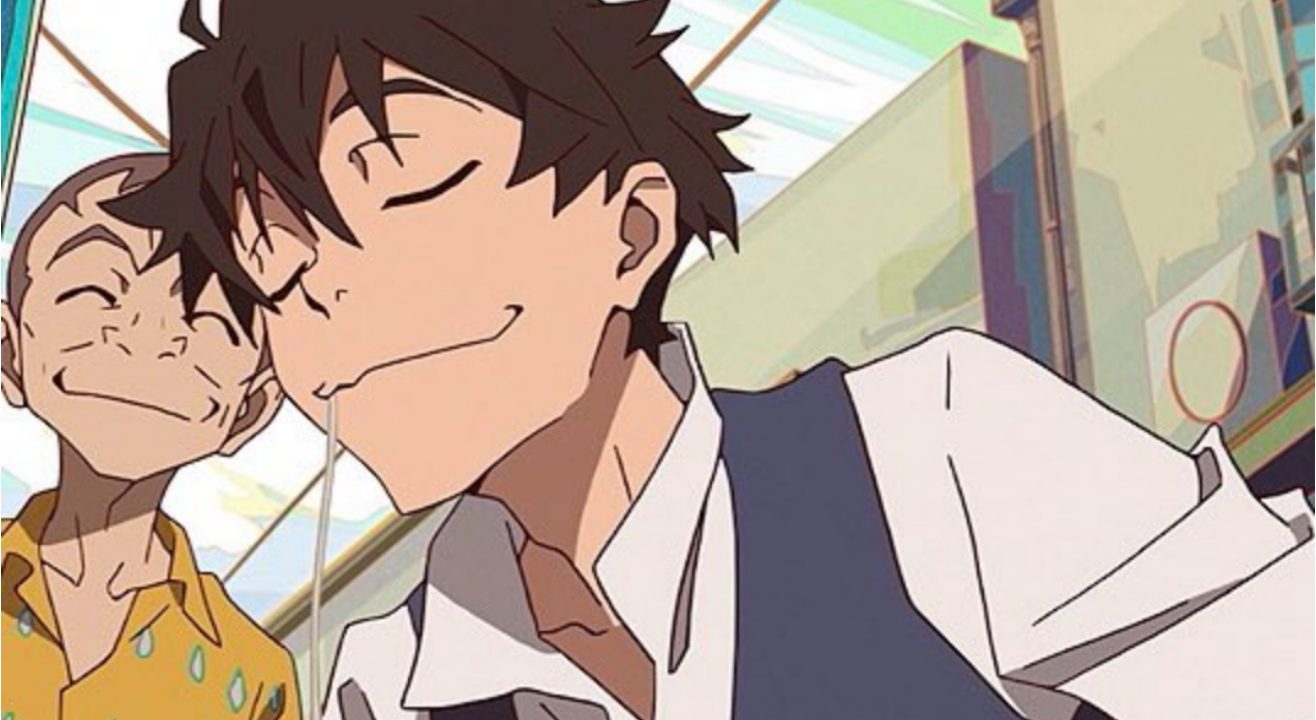 Psycho-Pass is an exceptionally well-created anime. Like many sci-fi works, Psycho-Pass has its flaws. However, its plot is unique and the attempt at executing something as unique was done exceptionally well. The basic concept of the anime is justice and how human emotions are easy to target. Its dystopian setting is not entirely unbelievable. There are multiple factors in the anime that make it one of the best from a psychological stand. The very setting of the anime, the Sybil system, the exploration of human emotions are some of these factors. Thus, Psycho-Pass is one of the most fitting anime to belong on this list. 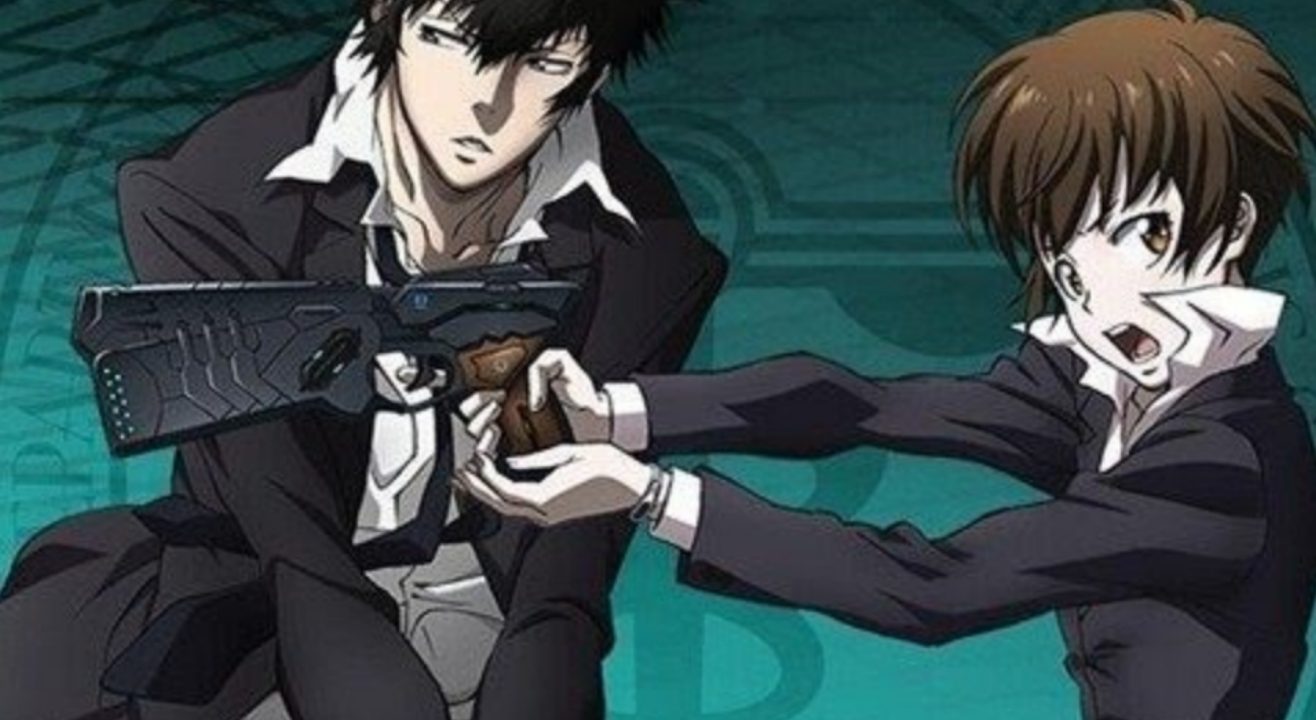 Called ‘Erased’ in the English translation, Boku Dake Ga Inai Machi will give you an elated experience of the most satisfying adrenaline rush. The anime continues to make the heartbeat with one of the finest suspense. Adapted from Kei Sanabe’s manga by the same name, Boku Dake Ga Inai Machi has a deep mystery with a touch of the supernatural. An untold game of chase exists between the protagonist Satoru and the mysterious killer. Although it might be in the interest of viewers to know who the murderer is, Satoru is more interested in saving the victims. So this leads to an intriguing psychological game between the two as the killer tries to proceed with his plans but instead gets beat by Satoru. A very cleverly written anime, Boku Dake Ga Inai Machi is undoubtedly one of the best psychological anime I have had the privilege to come across. 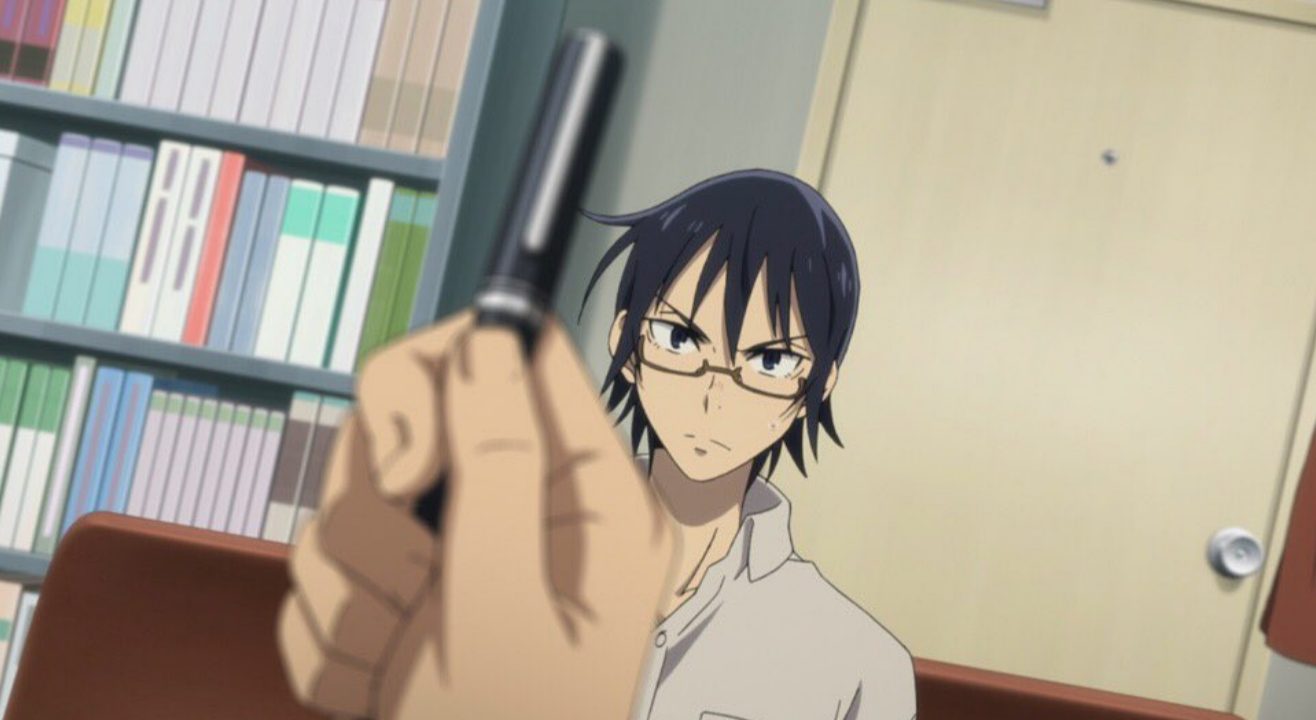 The Parasyte anime is set in a world where humans are taken under control by certain alien beings called Parasites. However, due to an incomplete fusion, a Parasite is unable to take over Shinichi Izumi’s brain and instead takes over his right hand. Parasyte can be best described as an anime that has the most insane character development in anime history. Throughout the 24 episodes, event after event, the anime continues to inflict its impact on the viewers on a mental level. Certain scenes are graphic while others are enlightening or simply thought-provoking. Parasyte has a very intense plot and provides a refreshing experience of a psychological anime. It does not dilly-dally on side plots and executes its main story with sincerity. 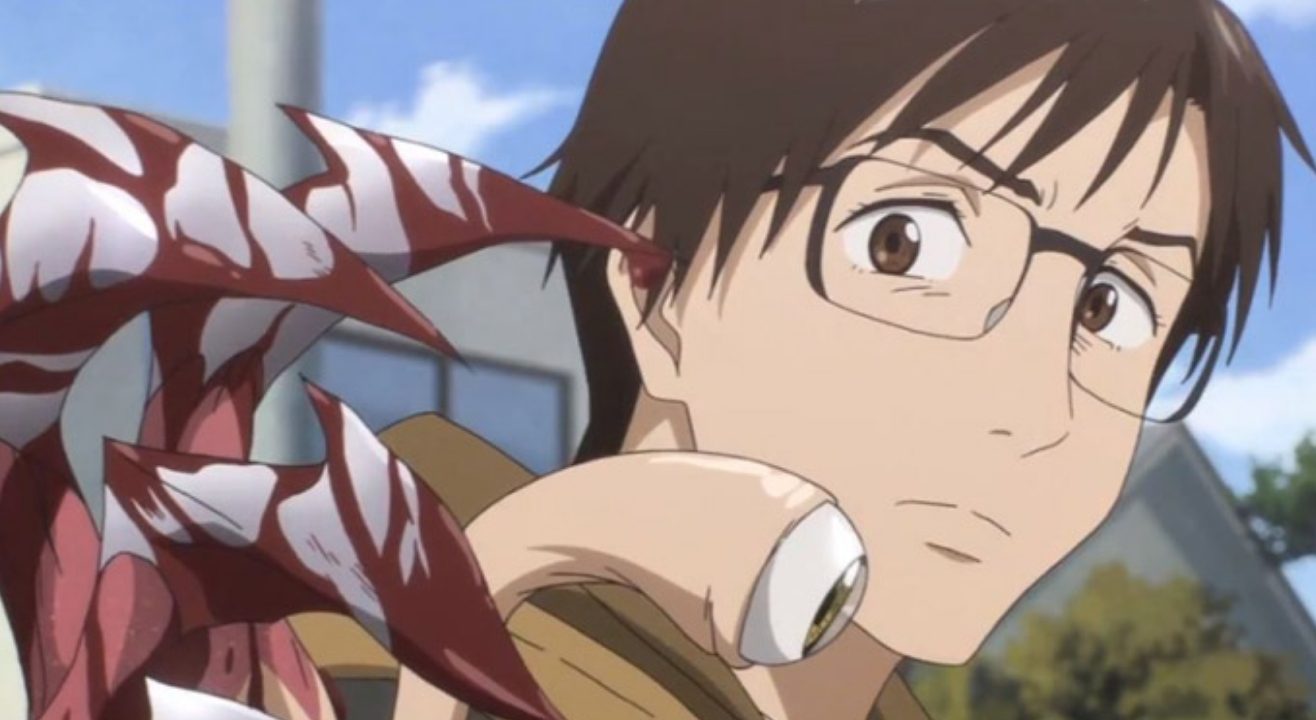 Translated to “Terror in Resonance” in English, Zankyou no Terror is a very well-written anime. The anime keeps building up the drama in a very entertaining manner. While in some cases, a build-up gets tiring and viewers often tend to skip to the end. But that’s not how things go in Zankyou no Terror. The story progresses through riddles and secrets that are curious and fun. Now you won’t find too many elements of humor in the anime. But there will be many emotional and wholesome moments waiting for you accompanied by some of the most soothing music. Above all, Zankyou no Terror is one of the best psychological anime to have ever been created to date. For fans of the genre, this anime is highly recommended. 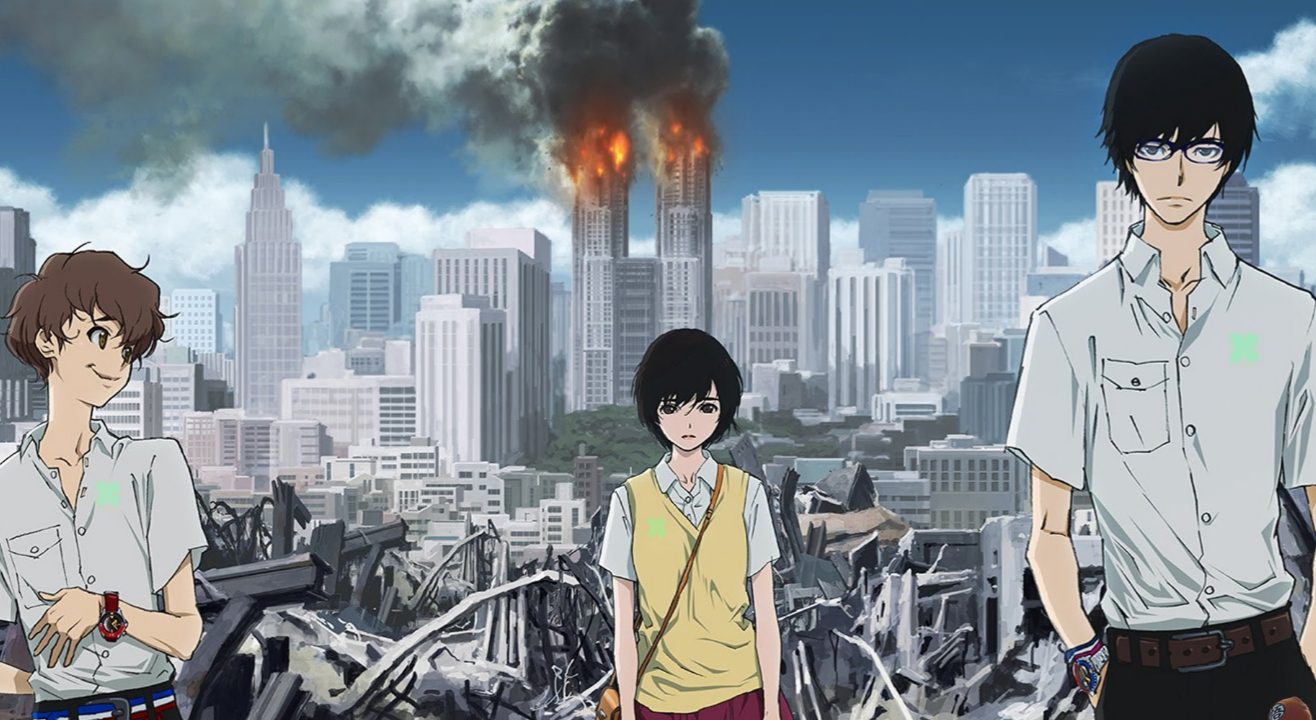 The anime premiered in the spring of 2011. Ever since Steins;Gate has been one of the most recommended anime. The anime has very believable plot details despite being set in a fictional background. Even more so, in my personal opinion, the concept of time travel has never been delivered so smoothly. Like any other anime, Steins;Gate keeps fan service at its priority but also makes it a point to not overdo it so that it affects the main plot of the anime. In addition to its interesting plot, Steins;Gate has many emotional corners. The finale is satisfactory and lives up to the expectations (and for some, beyond, but never less). To top it all, the anime has very good humor that never lets its audience keep their eyes off it even if the pace is slow. 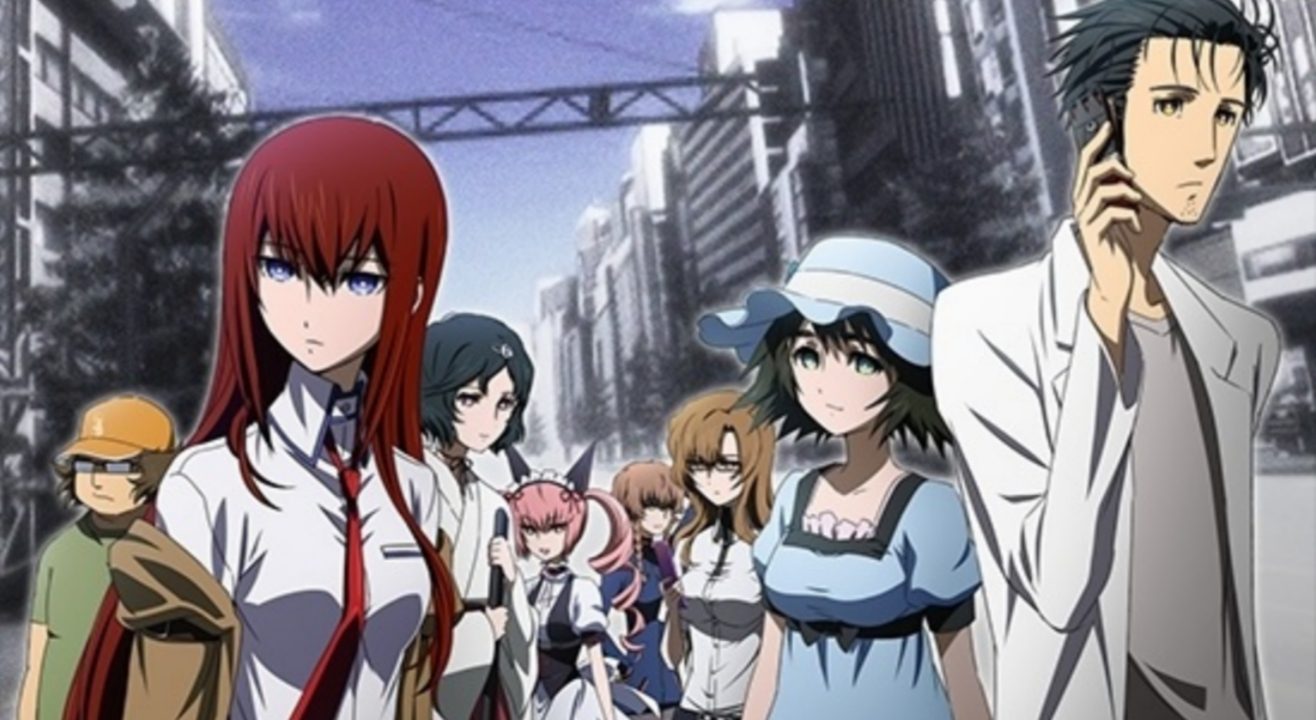 Would I miss out on one of the best psychological anime of all time in the list of the top ten psychological anime? Not really. Death Note stands as an extremely well-written manga and an anime adaptation. The anime has also been many anime fan’s first watches. It has an astounding amount of psychological drama, especially the game of cat and mouse between L and Light that never ceased to keep its viewers on their toes. Death Note is an anime that must not be missed. Its well-polished characters and ever-intriguing plot twists are two of the many reasons why Death Note is more than deserving for the number one spot on this list. The anime is currently licensed by Netflix and is available on the site for streaming. 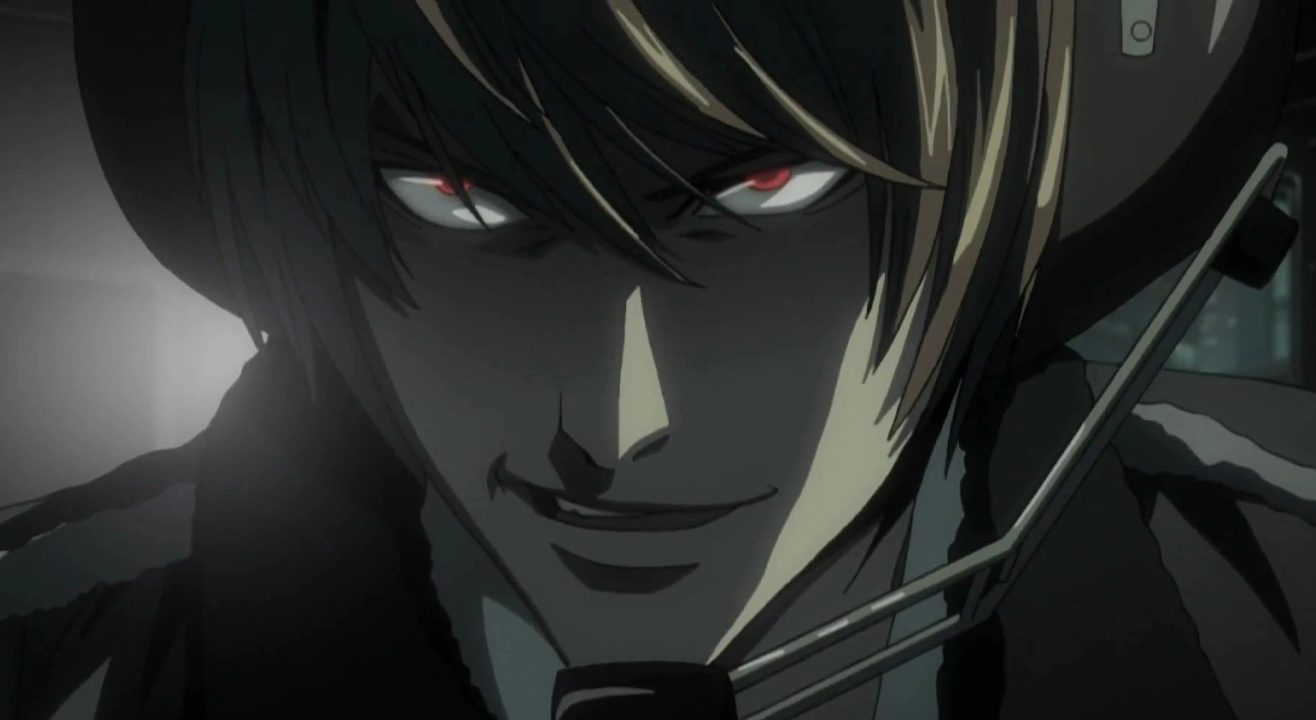 Most anime series on the list are available for streaming on Netflix, Crunchyroll, Funimation, or Amazon Prime.