Are you wondering when will you experience the Tiny Tina's Magical world again. This article detail everything on Tiny Tina's Wonderlands. 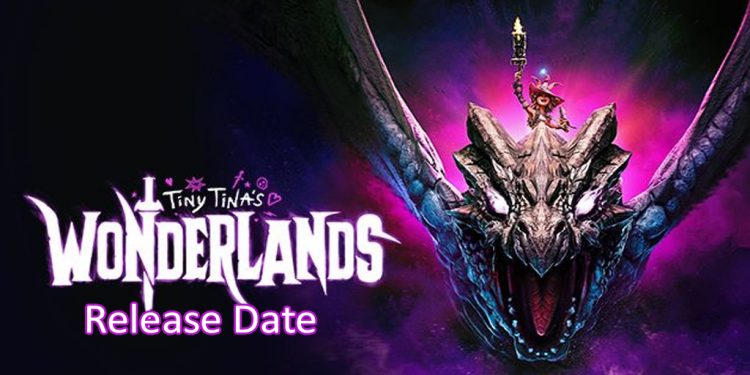 The Game Awards 2021 finally showed Tiny Tina’s Wonderlands reveal trailer. This was enough to make the fans of the Borderlands franchise excited as well as crazy. The fans are in a treat because they didn’t have to wait much longer as they did with Borderlands 3. If you want to know more about the game, then you have come to the right place. We will discuss everything from the release date to other stuff.

Tiny Tina’s Wonderland is an action role-playing game and a spinoff to the Borderlands series. The game will be a standalone game, unlike its predecessor, which was an add-on or DLC in Borderlands 2. The first game follows the world of Bunker and Badasses, which Tiny Tina masters, and during the game, she changes the world and rules on her whims. The story focuses on Tiny Tina’s struggle to accept the death of Roland, a character of Borderlands 2.

What Is Tiny Tina’s Wonderlands?

Tiny Tina’s Wonderlands is a standalone spin-off game to the critically acclaimed game franchise Borderlands. A direct successor to Borderlands 2’s DLC Tiny Tina’s Assault on Dragon Keep. It will be an action-focused first-person shooter. The game will have elements of RPGs.

In this game, the players can create their own playable characters. It will feature a class system that will have six different character classes. This game will be the first in the franchise that will allow the players to mix and match their skills for their character. The game will feature a vast arsenal of weapons and firearms which players can use. Allowing the players to wield melee weapons will be the first time in the franchise. Another way that will let the players traverse this world is magic. To survive in this world, the players will need wards who will cast a magical shield on the characters that will protect them from the incoming attacks. But taking too much damage will make the shield break, and the ward will go into a recharging phase.

Like any other game, the weapons, Wards, or magical spells will have different properties based on their rarity. The game will feature the procedurally generated loot system, which is capable of generating numerous combinations of weapons and other gear. This system is the same as other games in the Borderlands franchise.

Tiny Tina’s Wonderlands will continue from the foot-steps of the previous Tiny Tina’s adventure. The story takes place in the table-top game Bunker and Badasses. Tina will be the dungeon master of the game. Valentine and Frette will join Tina. These duos are shipwrecked travelers who leaped at the chance to join Tina’s unpredictable campaign. The game’s plot will focus on defeating Tina’s long-time enemy Dragon Lord. Dragon Lord is a powerful necromancer who is hell-bent on turning the table against Tina. The game will feature how the Dragon Lord became the Dragon Lord.

Also Read: The Expanse Game: When Does it Release? Trailer & Platforms

Tiny Tina’s Wonderlands is set to be released on 22 March 2022. The game was officially announced on 10 June 2021 by 2K Games. The first trailer for the game dropped on 9 December 2021 during The Game Awards show.

What platforms is it releasing on? Tiny Tina’s Wonderlands will release on all platforms, including the old generation consoles. It will release on both major game distribution services Steam and Epic Game Store.

What editions of the game are there to purchase? Tiny Tina’s Wonderland is available in three editions.

Pre-ordering any of the editions before 25 March 2022 will get the players Golden Hero Armor Pack.