There have been many Batman villains over the years, and some are more iconic than others. In this article, we will look at the greatest Batman villains of all time. These villains have made an impression on fans and continue to be talked about today. Some of these villains are classic, while others are more recent creations. We’ll discuss each villain in detail, so you can get a good idea of what they’re all about.

Over the course of the years, Gotham City has seen all sorts of criminals roam its streets. And it’s been up to Batman to clear Gotham’s streets from these villains. These are the worst of the worst, the top bad guys that have made Gotham and Bruce Wayne’s lives a living hell. Without further ado, let’s look at the greatest Batman villains of all time.

Batman has faced them all

Through these strong opponents, spectators get to see both the best and worst of Bruce Wayne, and they’re often as fascinating as the series’ hero, if not more. Some desire global dominance, while some have more narrow and personal ambitions and objectives. One or two of them, on the other hand, are content to watch the world burn.

Also Read: How Much Did Robert Pattinson Make From Batman?

Mr. Freeze is a criminal mastermind who is known for his icy demeanor and his deadly arsenal of cold-based weaponry. He is one of the most dangerous villains Batman has ever faced, and he always seems to be one step ahead. Mr. Freeze’s goal is to find a cure for his wife’s terminal illness, and he will stop at nothing to achieve this. His origin story is one of the most tragic in all of comics, and it is this tragedy that makes him one of the greatest villains of all time. Mr. Freeze is a complex character who is always a threat, no matter what the situation is. Batman has to be at the top of his game when facing off against Mr. Freeze, as even the slightest mistake could mean disaster. 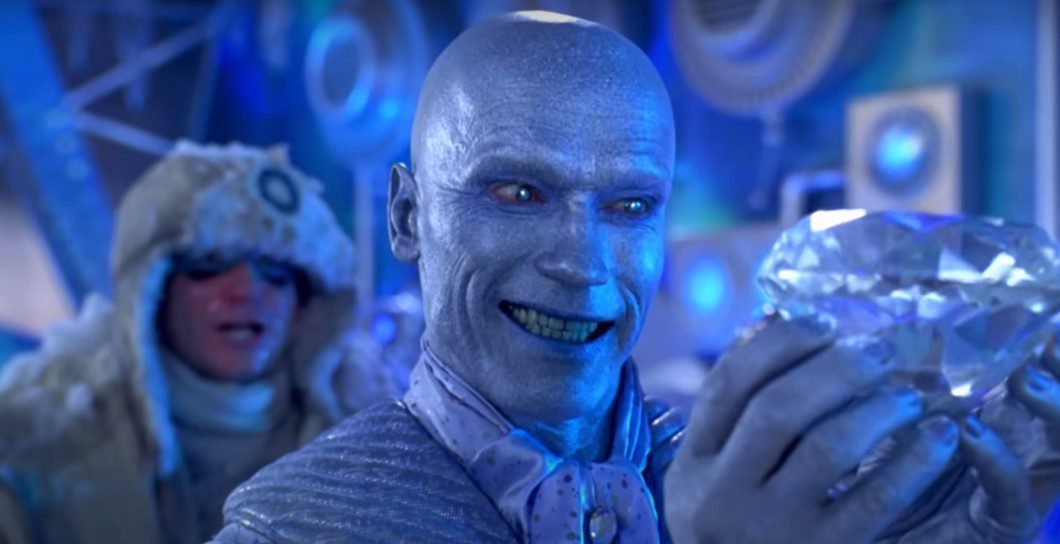 Scarecrow appeared back in the early forties. He’s a rather different kind of villain. He won’t use the brute force of high-tech weapons. Instead, he will employ chemicals because he’s a chemist and a master toxicologist. By mixing chemicals, he can evoke fear and madness and make them hallucinate. His motives are not greed, violence, or money; he just wants to instill fear into the minds of innocent people.

Surprisingly, Harley Quinn hasn’t shown up in any Batman movie —yet. But she has in the comics and in the DCEU. Once a talented psychiatrist, she fell in love with the Joker, and she became her girlfriend. A strong villain, bank robber, and murderous assassin, she’s as mean and unpredictable as they come.

The Penguin, real name Oswald Cobblepot, is a well-known villain who is known for his love of birds. He often uses birds to commit crimes, and he is often one of the most difficult villains for Batman to defeat. The Penguin is another classic Batman villain. He is a short, overweight, balding man who dresses like a penguin and uses bird-themed weapons. The Penguin is one of Gotham City’s most notorious criminals. He is often underestimated because of his appearance, but he is a very dangerous opponent.

The Riddler is one of the most popular Batman villains. His real name is Edward Nygma. He is an expert in puzzles and riddles, and he uses this knowledge to commit crimes. The Riddler often leaves clues for Batman, taunting him to try and solve the case. This makes him a very challenging foe and one that is always fun to watch. The Riddler is a villain who is obsessed with riddles and puzzles. He uses this obsession to commit crimes, and he often leaves clues for Batman to follow. The Riddler is a difficult villain to catch, but Batman always manages to solve his puzzles.

Jim Carrey as The Riddler

Another classic Batman villain is Two-Face. He was once a respected Gotham City district attorney, but after being disfigured in a horrific accident —depending on the version, he was either disfigured by a mob boss or he had an accident— he became a criminal. Two-Face is obsessed with chance and often makes decisions by flipping a coin. This makes him very unpredictable, and he is often one of the most difficult villains for Batman to defeat.

Harvey Dent was the affable and courteous district attorney of Gotham City and one of Batman’s most trusted allies. It also shattered his mental condition, leading him to become Two-Face, a criminal genius fascinated with duality and the number two who is one of Batman’s most dangerous adversaries. Dent’s old good luck symbol, a “two-headed” silver dollar with one side damaged, has been seen as a reflection of his half-scarred face. He flips it to determine what happens to his victims. Despite Batman’s attempts to redeem his old partner, Dent’s obsession with chance consumes him. His crimes are intended to demonstrate his diametric ideology.

Phantasm, probably one of the best Batman villains never to appear in a live-action film, was initially featured in the 1993 animated film Batman: Mask of the Phantasm —A film I remember watching when I was a kid! Andrea Beaumont’s persona, however, would not become canon until almost three decades later, following her appearance in Batman/Catwoman #1 in late 2020.

What makes Andrea so appealing isn’t so much what she accomplishes in the present as it is her connection to Bruce’s history. Before the super-rich philanthropist became the Dark Knight, the couple was engaged, and their former relationship gives a lot of complexity and subtext to a lot of their interactions in the present. Andrea, on the other hand, is significantly more than merely a foil, with her desire for vengeance contrasting nicely with Bruce’s hallmark attitude on vigilantism.

Phantasm gets an honorable mention

Poison Ivy is the alter persona of Dr. Pamela Lillian Isley, an eco-terrorist and Batman foe. She first appears in Batman #181 as one of the world’s most notorious eco-terrorists, driven by a fascination with plants, misandry, botany, and fanatical environmentalism, with a mission to redeem the earth from man’s crimes by any means necessary. Poison Ivy, a brilliant scientist and meta-human with mixed plant Genes, conducts her criminal activities using mutant plants, will-bending pheromones, and toxins from plants and her own bloodstream. Ivy has also formed a unique bond with fellow villain Harley Quinn, with the two frequently appearing as recurring partners-in-crime, pals, and, at times, love interests.

Selina Kyle, also known as Catwoman, is a skilled thief and one of Batman’s most notorious villains. She has a long history with the Dark Knight, and she is always a thorn in his side. While she isn’t always on the side of evil, she often uses her seductive nature to her advantage. Catwoman is a complex and dangerous foe, and she is always a challenge for Batman. Furthermore, Selina/Catwoman is a skilled thief who has a long history with Batman.

Ra’s al Ghul is more than just a conventional villain, having previously helped a broken and beaten Bruce Wayne recover purpose and direction. He’s brilliant, idealistic, and has the motivation and determination to do what he thinks is necessary. In many aspects, he and Batman are very similar. Well. Except for the murdering, of course. Liam Neeson did an excellent job as the character in Batman Begins, but there is so much more to the role than is ever revealed in the films. He’s willing to go to great lengths to achieve his goal of balance, including wiping off the majority of the world’s people.

Although there is a plural variant of the term ‘nemesis,’ there can only be one by definition. The Joker is unquestionably that “one” for Batman. Since his debut appearance in 1940, the clown prince of crime has presented a near continual menace to the city of Gotham, killing an untold number of its residents.

He has been able to evoke the very best and, at times, the absolute worst of Batman through his evil activities. Few villains are as good at getting under the caped crusader’s skin as the Joker, nor have they caused him as much difficulty over the years. His hunger for chaos and carnage makes him a difficult adversary to resist, but his capacity to provoke and inspire mayhem renders him unbeatable.

Heath Ledger as The Joker

What did you think of our list? Did we miss any of your favorite Batman villains? There are many other great Batman villains, but these are some of the most iconic. Each one has its own unique story, and they have all made a lasting impression on fans. These villains are sure to continue to be popular for years to come. Thanks for reading!

Also Read: DC: Who is Azrael? How’s He Related To Batman?