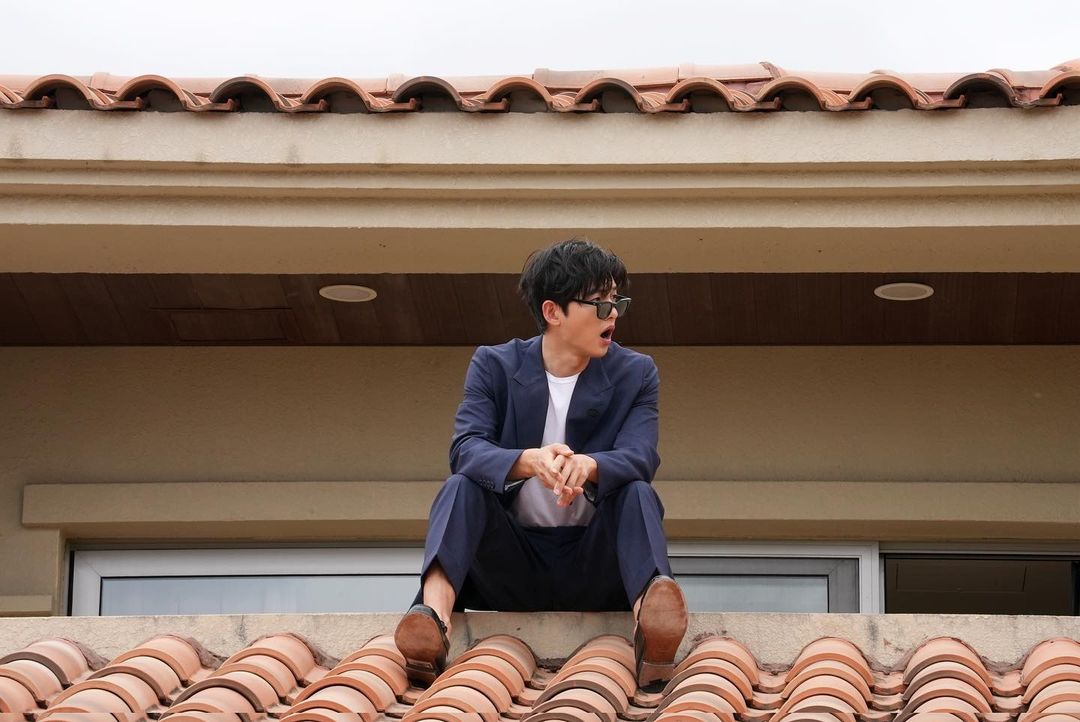 Song Joong Ki dramas that you need to add to your watchlist today. Song Joong Ki, needless to say, is a K-drama superstar and one of the Hallyu stars who has got a big fan following. He started his acting career in the year 2008. He appeared as a supporting character in ‘A Frozen Flower’ making it his debut drama. After which he made remarkable appearances in the dramas Sungkyunkwan Scandal and Triple. He also gained some accountable attention through his appearance on the show Running Man.

2012 turned out to be a “phenomenal year” for him as Song Joong Ki describes. He was pitched in the drama ‘A Werewolf Boy’ as a nominal character. The film after being aired at film festivals became a huge success. It became the most successful Korean drama and sold about 7 million tickets. Following the same, he got his lead appearance in ‘Nice Guy’ aka ‘Innocent Man’ (세상 어디에도 없는 차칸 남자). It was the drama he last appeared in before going to his compulsory military enlistment.

Succeeding his return from the military, Song Joong Ki was signed for ‘Descendants Of The Sun’. This turned out to be a breakthrough drama in his career. He was already a well-recognized actor for his different roles but DOTS gave him a break in the international market. After this, his fans never not felt crazy about him even once. It is successful to the point that it is a must-watch for all K-drama enthusiasts.

Here is the list of some of Song Joong Ki’s must-watch dramas.

A drama set in historical times with the mentality that is ahead of the era it is set in. Sungkyunkwan Scandal (성균관 스캔들) is a drama that takes place in the Joseon Dynasty. A girl who is set to change the norms given to her disguises as a guy to make the ends meet for her family. Later, she is given the offer to work as a substitute test-taker which is an illegal job. There she has to deal with three other male roommates while keeping her identity safe. Song Joong Ki is playing the role of one of the roommates. He can be seen as an upper-class playboy with lots of tantrums. 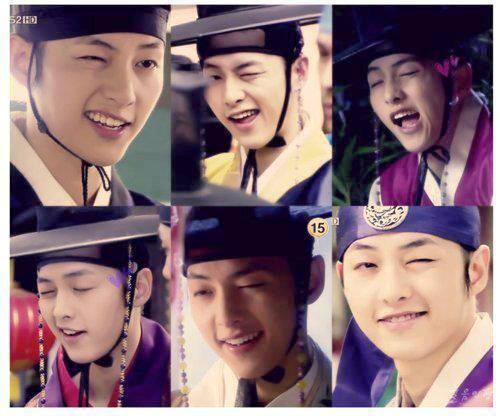 Song Joong Ki is in one of the main roles in this drama. The drama did not garner a lot of ratings. Contrarily, his role brought a lot of attention to him. His bromance with the actor Yoon Ah-In got the public attention and the drama became a cult hit.

The drama ‘Deep Rooted Tree’ (뿌리 깊은 나무) is an adaptation from the novel of the same name. It is about King Sejeong, the creator of Hangeul (the Korean written language). The drama follows the investigation of a murder by a royal guard. The drama is full of thrills and discoveries. Along with the investigation, it also follows the journey of how King Sejeong came up with the invention of Hangul to make it accessible to the general public. 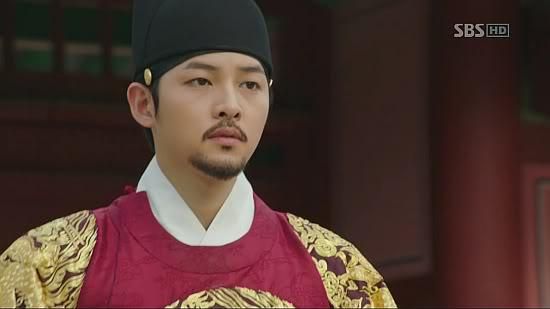 Song Joong Ki can be seen playing the role of the teenager King Sejeong. He has a rather grave yet cheerful character that he played. His performance was especially appreciated by the critics. According to them he very well justified the role of a wise man who understood life’s futility at a very early age. Along with it, his character was someone who had to deal with his dictatorial father.

Later, for the same role, Song Joong Ki was awarded the PD award at the 2011 SBS Drama Awards.

Many people don’t know this but Song Joong Ki has also been a short-track speed skater. He even represented his home city Daejeon on a national level. The drama Triple is also about the story of two figure skaters. Lee Ha Ru moves to Seoul to pursue her dreams in figure skating. There she meets her stepbrother Shin Hwal whom she hadn’t seen in years. Song Joong Ki is also seen as one of the figure skaters in the series as Ji Poong-Ho. The drama encompasses the journey of Lee Ha Ru trying to achieve her dreams, along with a love triangle between Ha Ru, Poong Ho, and Shin Hwa. Two male leads and the love triangle are also enough to suggest that the drama would give major second lead syndrome to the viewers. 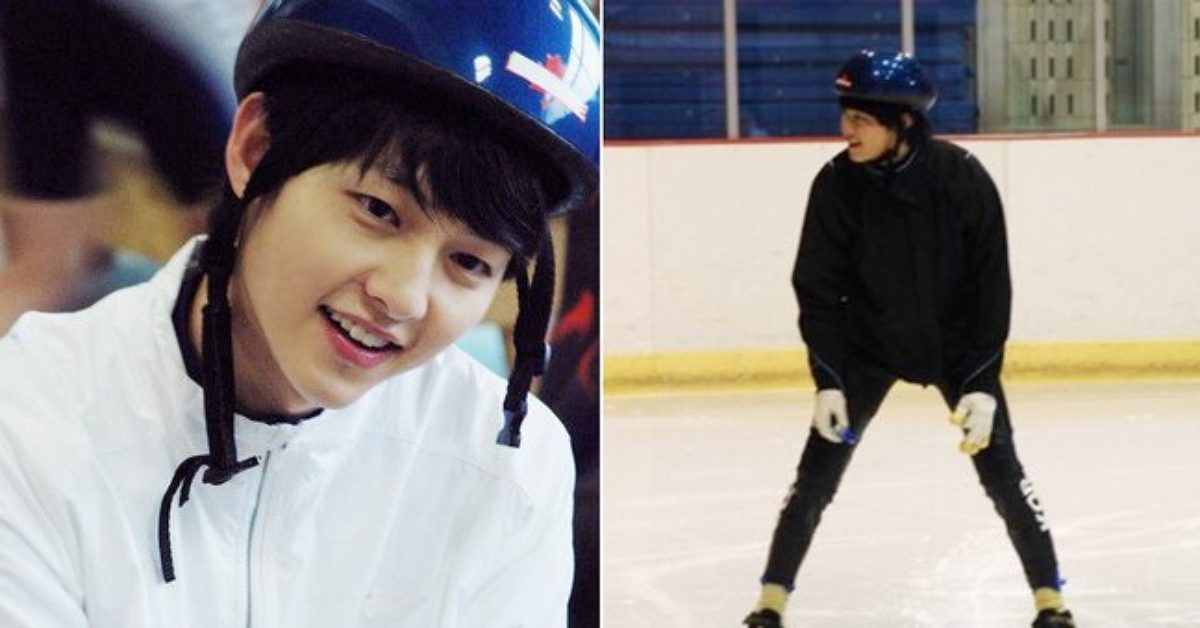 The drama was not a super hit. With a decent performance among the audience, it somehow managed to garner the audience’s love. One thing is for sure, if you watch this, you can surely expect some entertainment with an attention-grabbing plot. Along with it, of course, Song Joong Ki’s charm cannot be unseen. Despite not being in the lead, his character surely stands out because of his handsome aura.

The drama came out in Song Joong Ki’s “phenomenal year” as he describes. He got his first lead role in a show through this drama. The drama Nice Guy, also known as Innocent Man is a story of revenge. Song Joong Ki’s character Kang Ma Ru is an aspiring doctor. He is a bright student and determined towards achieving his goal. But he has to give up on his dream for his love, who is an aspiring model. Later, to save his girlfriend from the accusation of a crime she accidentally gets involved in, he takes the blame onto himself. While he is serving his sentence,  his girlfriend gets married to a rich old man. Not just that, she also starts to look down upon her former lover. 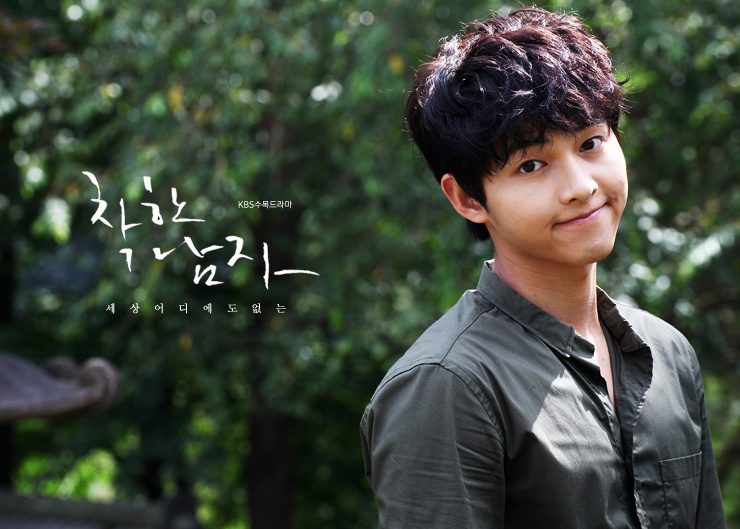 Taken aback by this response, Ma Ru is disappointed and chooses to take revenge. In the process, his ex-girlfriend’s stepdaughter also starts to fall for him and his ex-girlfriend also starts to develop feelings for him. The story follows an interesting plot of the love triangle between Ma Ru and the stepmother and daughter. Along with it, it is also the story of how Ma Ru plots his revenge for the losses he has had.

The drama is indeed full of lots of drama but is also very satisfying. There are lots of twists and turns and the plot is also very engaging. Additionally, Song Joong Ki’s character is that of an antihero, hence, you can expect lots of spice and fun in the plot.

Descendants Of The Sun

The name is enough to give you flashbacks of the drama. There isn’t any fan reading this article and hasn’t possibly heard of it, if not watched already. Yoo Shi Jin is someone whom a lot of us know even before knowing Song Joong Ki. The drama blew up in not just South Korea but all around the world. It is been popular to the point that it has been added as a must-watch for literally anyone who wants to watch K-dramas. If you approach and ask a K-drama fan about what drama you should watch, it is impossible for them to not mention the name. Song Joong Ki’s handsome charm, Song Hye Kyo’s stunning visuals, and their unmatched chemistry. The drama just has it all. 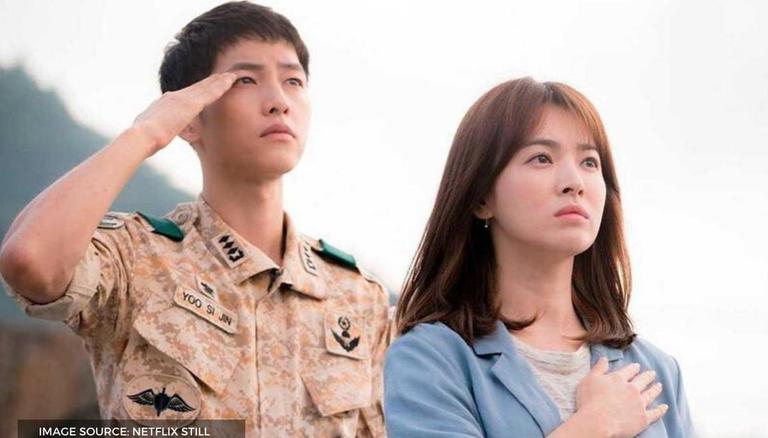 Still from the drama “Descendants of the Sun”

Following the journey of the military secret agent and a surgeon, the plot encompasses their unmatched romance and the push and pull between their duties and love. No matter where they are, they shall do what’s necessary and fulfill their duties, they are the descendants of the sun.

You love Song Joong Ki, right? Just his charm stands out like nowhere else. But what if there are two of them? Yes, you guessed it right! If you watch this drama, you’ll have double the charm and double the heart wreck. Song Joong Ki who has a double role in the drama does not fail to dazzle the screen with his unmatched charm. 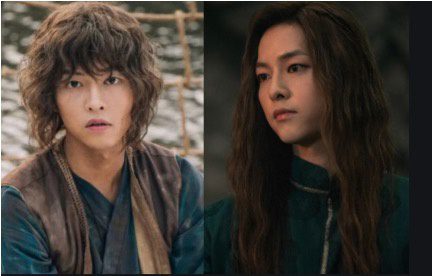 Song Joong Ki as Eunseom and Saya in Arthdal Chronicles

The drama takes place in an alternate universe. It is a fantasy epic that follows the story of villages and power struggles. The kind of plot you might not always expect in a K-drama. You can witness the romance and chemistry between Song Joong Ki and Park Ji Won. Not to forget the guest appearance of Jisoo from Blackpink. The drama is filled with visuals. And, needless to say, the plot has got an aura that will take you to a different land altogether. Try not to get starstruck while watching this as holding onto your life might get hard.

Vincenzo! Meaning “Winner” derived from Latin is certainly a feast. Mafia looks are a fantasy for every fan and Song Joong Ki served his fans with their desires. The dark hero knows no mercy and obeys only one person, himself. A cathartic drama with unexpected turns and super stunning visuals. The quality of the plot, the performance, the characters, the locations, the creativity, the views, the thrill (gasp), UNMATCHED! There is only one thing to say, that if you haven’t watched this drama yet, you are missing big time! 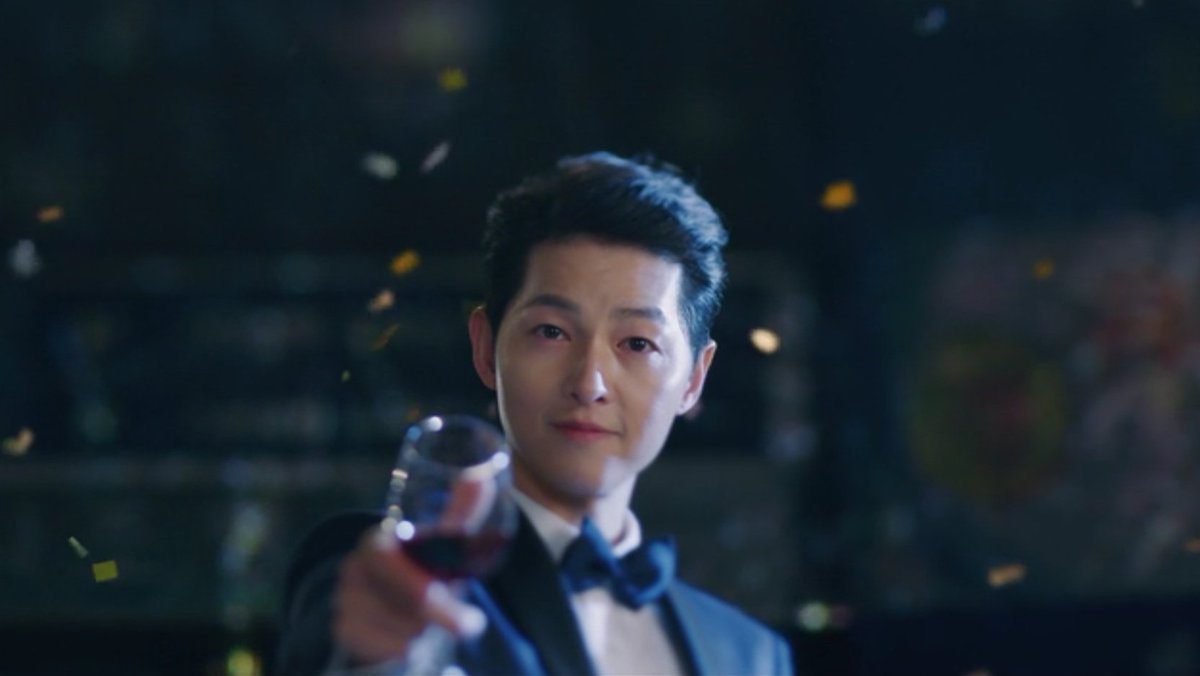 The famous “Cheers!” still from the drama ‘Vincenzo’

Another drama where you won’t just be fond of the lead characters’ chemistry but also fall head over heels for the side characters. Each character appearing in the drama is written so well that they leave an impact. The drama starts with a scattered motive of each character but as the plot progresses, everything starts to fall together and gets intertwined. A drama that will keep you at the edge of your seat.

One thing is for sure if it is Song Joong Ki, it is a must-watch.