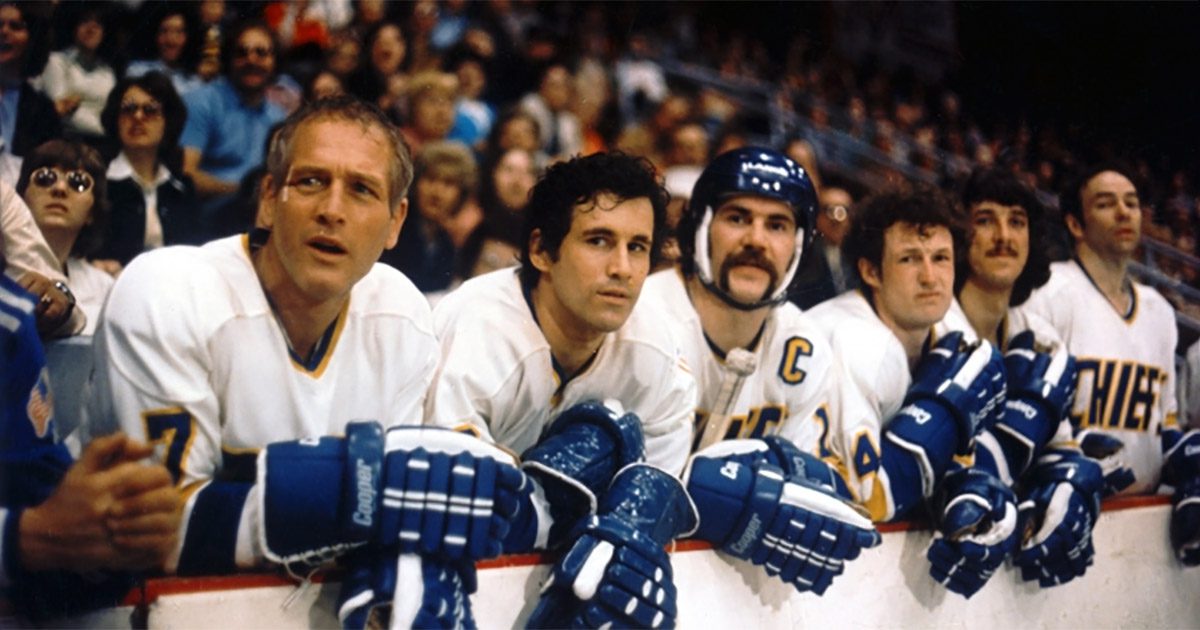 Slap Shot Filming Locations: Where is the movie shot?

A 1970s cult classic! Slap Shot is a sports-comedy starring celeb like Paul Newman and David Hanson. Slap Shot filming locations are in the USA, especially in Johnstown, Pennsylvania. Some of the shootings also took place in New York. Another memorable Slap Shot filming location is the hockey rink. Apart from its decent storyline, Slap Shot was known for its violence & raunchy humor. In fact, it faced many controversies. It was a long ride but viewers enjoyed the movie later on.

This movie perfectly justifies the 70s. Apart from the bell-bottom pants, afro hairs, and tons of cocaine, it has the gloomy look & feel of the era. Loser hockey players have one last chance to prove themselves. The town’s mill is closing and so is the rink, but somehow the team manages to grab people’s attention. Hockey lives on and becomes the main focus of the townies but at a cost!

Slap Shot filming locations are majorly in Johnstown, Pennsylvania. Remember the iconic sports rink? It was filmed in The Cambria County War Memorial Arena. The vast 4,000-seat rink of the North American Hockey League is the main location of the movie. The mill that shuts down in the movie is located in main & bridge street, Johnstown. Some scenes were also filmed in New York, USA. 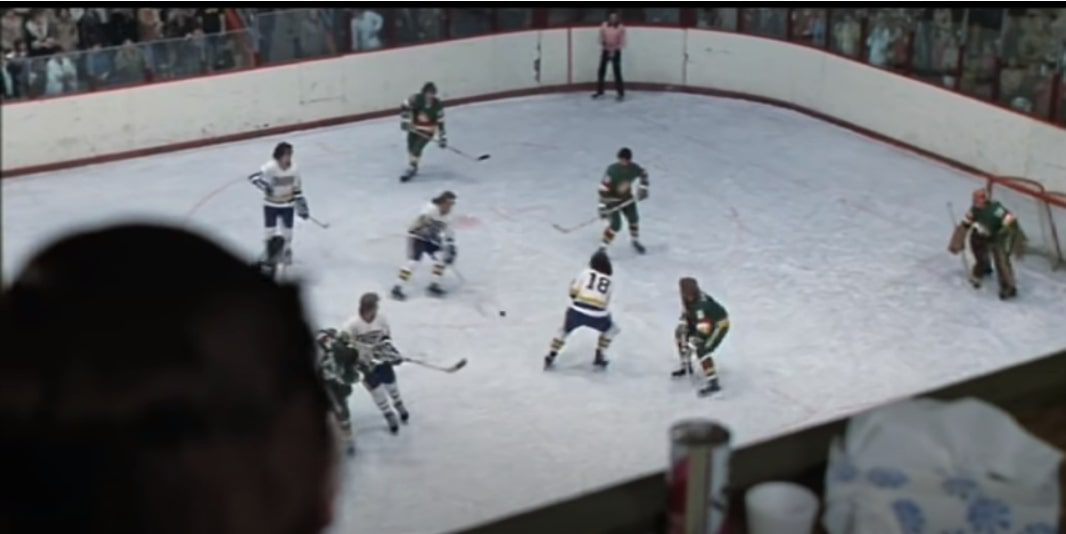 What Is ‘Slap Shot’ About?

The movie kicks off in the fictional town of Charlestown, Pennsylvania. But the only town mill employing many townies is shutting. On the other hand, the minor league hockey team, ‘The Charlestown Chiefs’ is facing a bad season.

Mill’s closing leads to the downsizing of 10,000 workers which indirectly affects the players. In such a do-or-die situation, the team coach Reggie Dunlop decides to take other routes. After a sports brawl becomes the talk of the town, Dunlop makes his team go rogue to grab people’s attention. 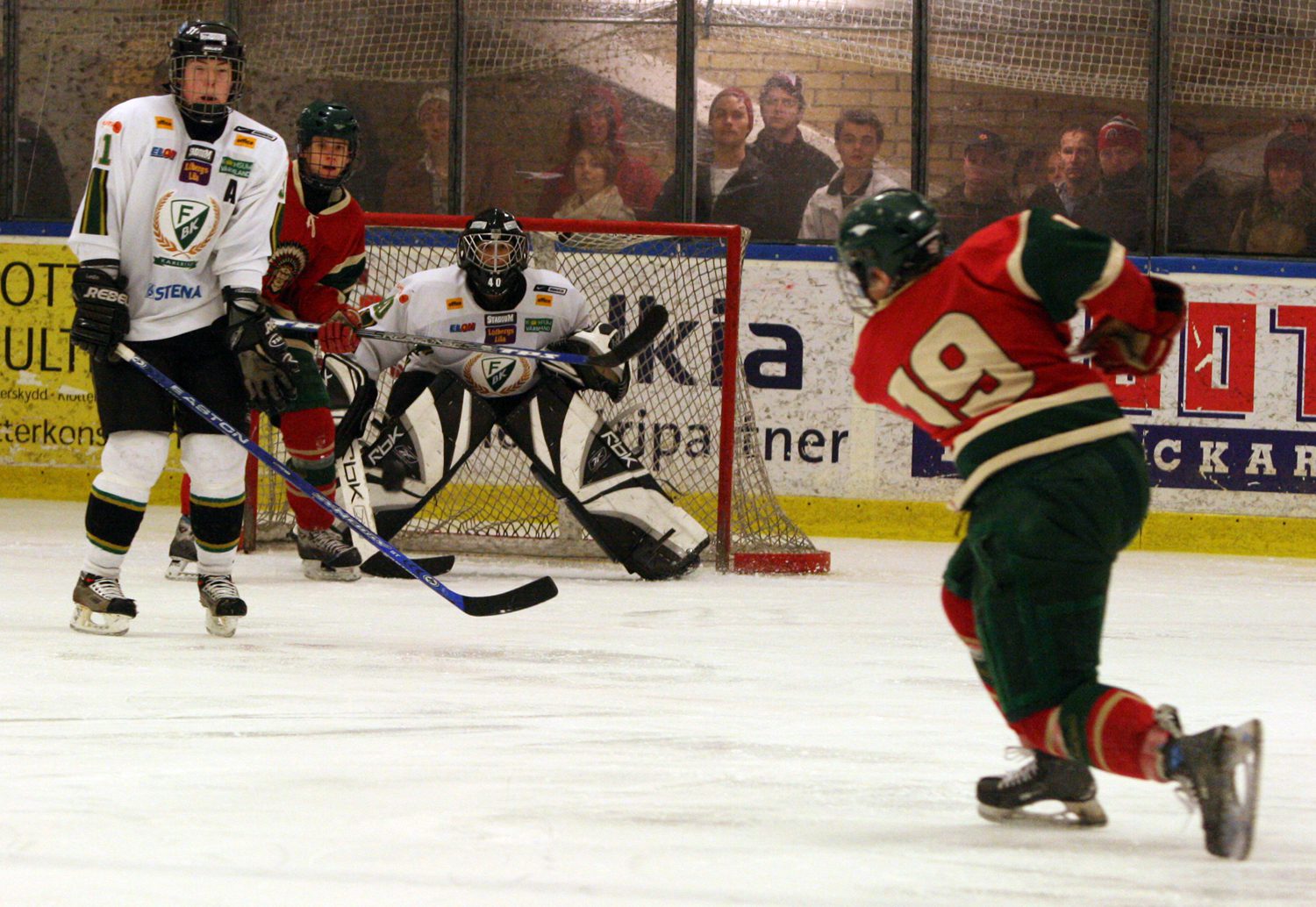 Hanson Brothers, known for their aggressive playing style, join the team. The aggressive & violent style is a hit! The tactic works and the audience is lively again. However, there are other consequences to these actions. Star player Ned Braden opposes this tactic but it doesn’t affect Dunlop.

Instead, it is Braden who faces personal issues with his wife because of his decision. Despite Braden being missing from the team, his wife supports the Chiefs. This angers Braden to the point that he decides to strip naked in front of the entire audience.

Such obscenity is scrutinized by the coach of the other team. But when his plea is unheard, he hits the referee hard which leads to the disqualification of his team. In the end, Charlestown Chiefs end up winning the championship.

Why Is This Movie a Cult Classic?

Although the movie didn’t do well at the box office, with each passing decade, people found, watched, and loved Slap Shot. It is no doubt the best hockey movie in Hollywood is this one. Later on, it became one of the biggest cult classics of all time. There are many scenes, lines, and quotes from the movie that is used by Hockey fans even today. 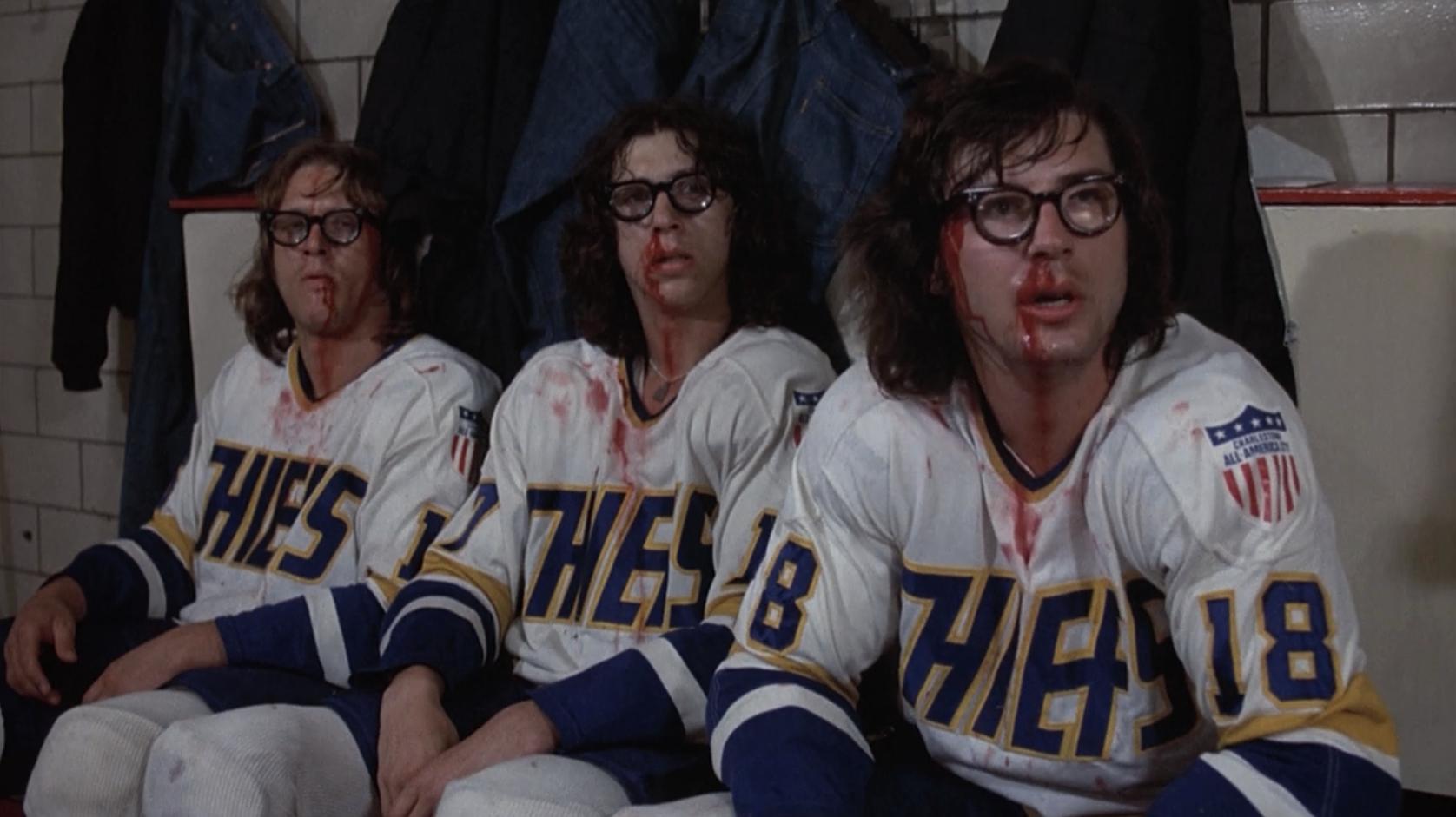 A still from the movie Slap Shot

If this movie was made today, a lot of it would have been censored. But since it is not, its profane language as well as obscene nudity & violence is acceptable. Apart from the iconic lines of the film, it also has great characters. Whether it’s the strict coach Dunlop or the notorious players the Henson brothers. And on top of that these roles are essayed by talented actors.

It is also loosely based on real life. Screenwriter Nancy Dowd’s brother Ned played for the Jets minor hockey league. So she had a close understanding of the world and hence the portrayal in the film is authentic.

The Cast of The Cult Classic ‘Slap Shot’

The main lead of the movie is a cult icon himself – Paul Newman. His bawdy and macho portrayal of Reggie Dunlop brings machismo & action to the film. Steve Carlson, Steve Carlson, and David Hanson play the Hanson brothers – Jeff, Steve, and Jack respectively. 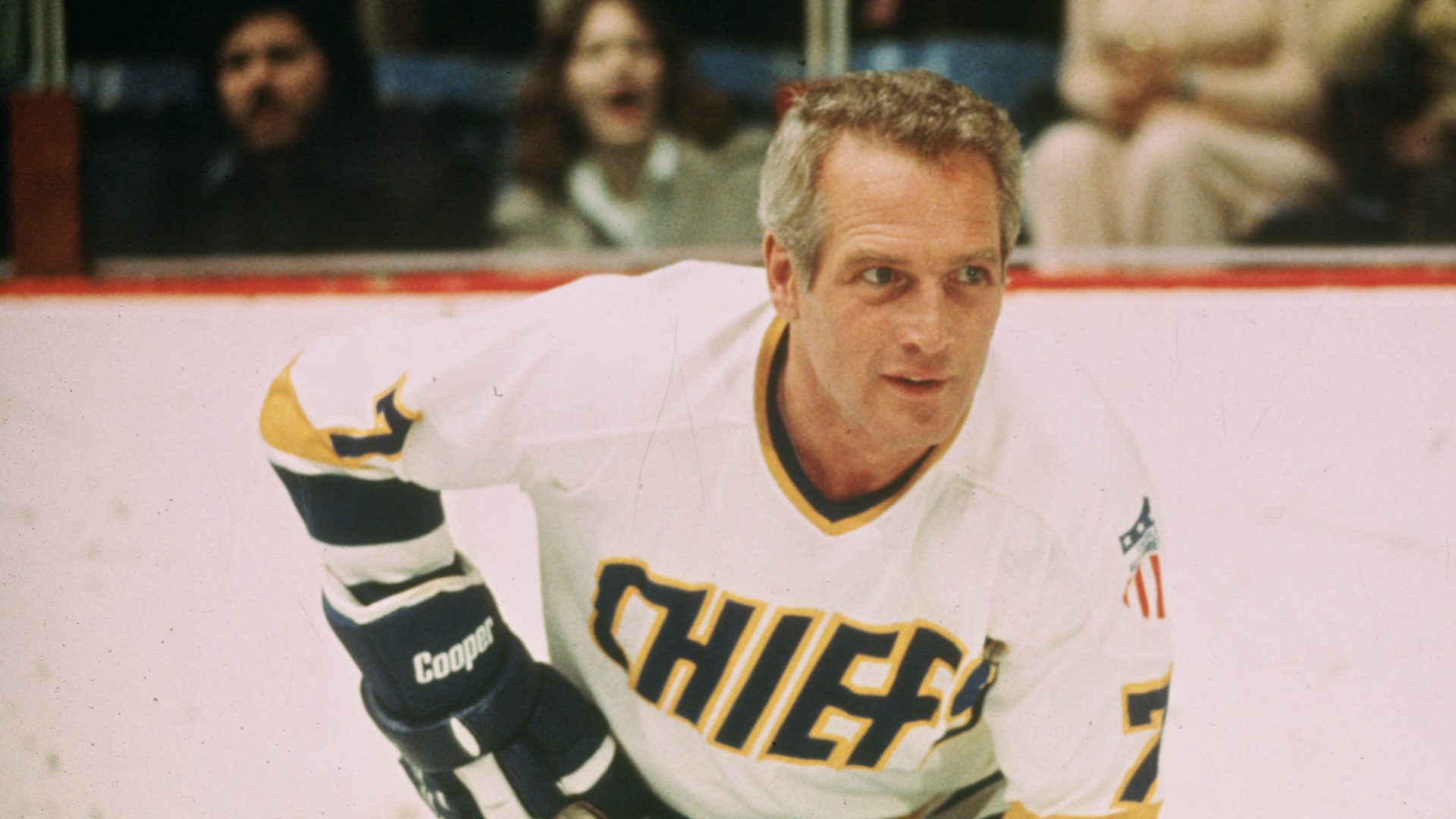 Paul Newman as Reggie Dunlop from the film Slap Shot

Also Read: Children of the Corn Filming Locations: All the Locations of The Cult Classic Movie