A storehouse of talent, a comedian, singer, and actor, Ricky Gervais is going to bless the world with his humor with a stand-up show streaming on Netflix soon. Ricky Gervais is an English artist who became a sensation after his commendable performance in the TV series ‘The Office’. This show caters to the sitcom genre. In one more addition to this, Ricky is coming up with a show on Netflix named ‘Supernature’. The fans are brimmed with joy and are curious to know the release date of Ricky Gervais: Supernature on Netflix.

Ricky Gervais has a close relationship with all the prestigious international awards. Ricky has many feathers in his hat like two Emmy Awards, five British Academy Awards and the list goes on. He geared up in his stand-up comedy career in the late 1990s after he received immense love from the fans for his comic roles in several projects. The fans are expecting his new show to be as awesome as his previous performances. With not wasting any next minute, let us dive right into the release date of Ricky Gervais: Supernature.

The first show of Ricky was hilarious, and also received a lot of appreciation. ‘Humanity’ revolved around animal rights, mocking off some celebrities, and all of these were done with utmost grace and wit. It was released in the March of 2018. All the fans can not control the level of their excitement as Supernature is going to hit their TV screens super soon.

Talking about the trailers and snippets, a trailer has been released on the 2nd of May in 2022 showing a tiny bit of the show. Ricky starts up his stand-up comedy with an ironic joke about how funny the females are. From the trailer, we can guess that this one is going to be as brilliant as Ricky’s first stand-up show.

The filming of Ricky Gervais’s standup took place in 2021. Ricky began with his comedy tour from the areas in Europe and the United Kingdom. This English artist showcased his humor in London, Wembley, and Liverpool as well as in Birmingham. This comedy tour was one of the biggest tours of the year 2021. It amounted to around $30 million just by the sale of tickets.

What can we expect from this stand-up comedy show ‘Supernature’?

The stand-up show of Ricky Gervais: Supernature is going to be a rollercoaster ride of wits and humor. Ricky Gervais will talk about his life journey and how is going through his life presently. This stand-up comedy show has a special corner in Ricky’s heart. He will also spill out some beans about his unknown medical examinations. Ricky Gervais raises a toast for his 60th birthday and also is expected to touch on some of the sensitive topics. For all the cat lovers, he is even going to share anecdotes about spoiling his pet cat.

Ricky Gervais is a phenomenal artist and has starred in many super hit movies such as David Brent: Life on the Road as well as TV shows like Derek and After Life streaming on Netflix. All of these cater to the comedy genre and are a delight to watch. Ricky Gervais also features in a podcast by the name of The Ricky Gervais Show. He is a gem of a person and a package of outstanding talent. Do not miss watching the stand-up comedy Ricky Gervais: Supernature that is releasing on Netflix within a few weeks.

Also Read: Netflix’s Sonic Prime Release Date and Everything You Need To Know 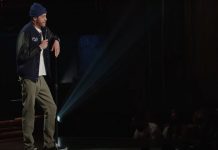 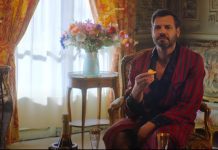