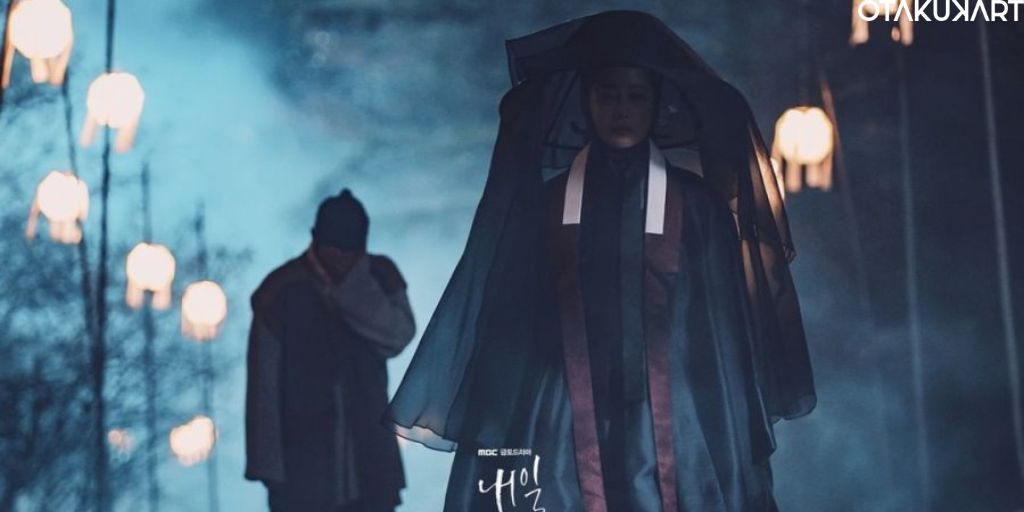 The rescue management team of grim reapers is finally reunited and fans could not be any happier. The previous episodes of the supernatural fantasy drama Tomorrow were one heck of an emotional ride. Although fans knew from the very start that Im Ryung Goo has a painful past, nobody warned us about the waterfall of tears that we will be shedding. After Im Ryung Goo’s past trauma is resolved, it’s Goo Ryun’s turn now.

In Tomorrow Episode 13, Park Joong Gill will try to find out what happened in his past life. Whether he still sees it in his nightmare because he needs to heel or because of karma. This fantasy kdrama proves to get better with the release of each episode. We also saw Goo Ryun calling out the caste system. Not to mention, the director of the afterlife pulling the customer’s hair was one badass move that we will never forget.

Speaking of forgetting, the Director has locked the past lives of Goo Ryun and Park Joong Gil. What crime did they commit in the land of living that the director of the afterlife herself does not want them to recall? Find out in Tomorrow Episode 13.

Choi Joon Woong, Goo Ryun, and Im Ryung Goo finally have a moment of peace after the nerve-racking cases that they have been dealing with. However, this peace will be short-lived because Park Joong Gil is on a quest to discover what connects him, Goo Ryun, and their past lives. Additionally, Tomorrow Episode 13 will be released on the 13th of May. Im Ryung Goo will move back to the Rescue Management Team in

Ep 13 of Tomorrow kdrama. We all shed tears when Goo Ryun recalled how she brought both Im Ryung Goo and his mother to the afterlife. Fans can now rest in peace now that they know who was the person that Im Ryung Goo has been looking for all these years.

Where to Watch Tomorrow Ep 13?

The original broadcasting network for Llama’s webtoon-inspired drama is MBC. Furthermore, the show has been enjoying high viewership ratings because of the never seen concept. ‘Grim reapers who save lives’ who would have ever thought? Moreover, Tomorrow Episode 13 will be airing at the 9:50 pm time slot according to Korean Standard Time on MBC.

For international viewers, the timings are 6:20 am in India, 8:50 pm in the United States, 12:50 am in the United Kingdom, 11:50 am in Australia, and 8:50 pm in Canada. Tomorrow kdrama is also stealing hearts worldwide. Additionally, Tomorrow Episode 13 will be available to stream on Netflix with subtitles in various languages on the 13th of May.

What To Expect From Tomorrow Episode 13?

The show has a new plot twist every second so it is impossible to predict what is going to happen. Although what fans wish to see in Episode 13 of Tomorrow is for Park Joong Gil to discover what connects him to Goo Ryun. We were already ready with our tissues and after watching Im Ryung Goo’s painful past, fans are sure that Goo Ryun and Park Joong Gil’s past will break our hearts.

Although it was earlier presented as if Im Ryung Goo was a bad person with rumors going around about him committing multiple murders while he was in the land of the living. It was proven that he killed those four evil men in order to get revenge for his mother who had killed herself.

Over the multiple decades that Im Ryung Goo had lived, he carried the guilt of causing his own mother to kill herself. Im Ryung Goo joining the rescue management team that saves the lives of suicidal people was no coincidence. Additionally, Goo Ryun also reveals that those who are deeply scarred in their past lives seem to carry the same pain even when they are reborn.

When Im Ryung Goo figured that there are chances his mother might be reborn and will try to kill herself again, he joined the rescue management team. His team members Goo Ryun and Choi Joon Woong were there to support him during this difficult time. Fans expect to see the same when Goo Ryun has to deal with the demons from her past life in Tomorrow Episode 13.

Also read: Best K-Dramas Starring Rowoon To Watch If You Love Him In Tomorrow!