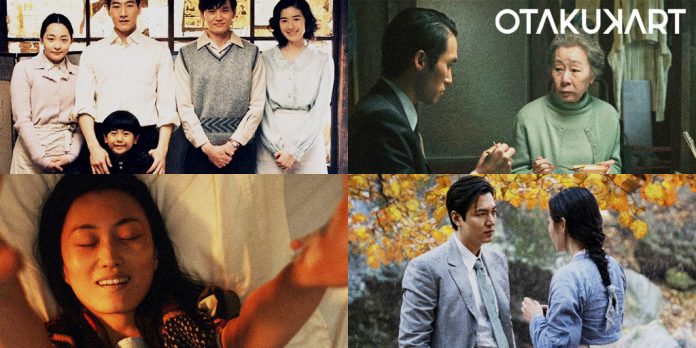 The first season of the Apple TV+ original Pachinko has wrapped up with rave reviews and love worldwide, with fans wondering about any news of Pachinko Season 2. Using the tapestry of Sunja’s family tree, Pachinko tells the story of love, suffering, and perseverance in the face of wars, colonization, and natural calamities that can change the shape of one’s life forever. With a unique approach to telling a multigenerational story wherein somehow the events of the past and the present threaten to cause people from different generations to suffer through the same consequences, the showrunner Soo Hugh has successfully brought the history of Zainichi Koreans, which was previously never in the spotlight such as now.

The first season has barely scratched the surface of the original source material of the novel by Min Jin Lee, leaving the fans quite anxious about any news of the renewal of the show. But fret, we need not to, because as soon as Season 1 of Pachinko wrapped up, Apple TV+ officially announced that Pachinko Season 2 would indeed be gracing our screens in due time, confirming that the global hit show has been renewed for another Season.

The tale of our main character Sunja intervening throughout the different timelines is expected to continue in Pachinko Season 2. As per the source material, i.e., the novel by Min Jin Lee, there are plenty of new characters viewers will meet. Additionally, there remain many plot arcs of the characters already introduced that are yet to be explored. In the Season Finale of Pachinko Season 1, we saw Noa’s first encounter with his biological father, Koh Hansu. In Pachinko Season 2, we shall see a continued involvement of Hansu in the lives of Sunja and Noa that will change the trajectory of their lives – starting with Hansu helping Sunja behind the scenes to secure a permanent kimchi-making position for a restaurant when adversities hit them during World War II.

One avenue that was in the original source material that seems to have been closed in the television series is Koh Hansu reuniting Sunja and her mother. In the novel, Koh Hansu brings Sunja’s mother, Yang Jin, along with her other estranged family members to Osaka when World War II breaks out. However, in the television show Pachinko, when Sunja goes to Busan, Korea, after a long time in 1989 and meets her estranged friend there, it is evident that she hadn’t met up with her mother all those years ago, implying that the scriptwriters have taken liberties to change up the storyline. One of the leading storylines that can be expected in Pachinko Season 2 is the tragic life and death (spoiler alert: by suicide) of Noa, who is Sunja’s son that she had with Koh Hansu. It is expected that just as Solomon was one of the main characters of Pachinko Season 1, Noa will be the leading one in Pachinko Season 2. Season 2 can cover how Hansu secretly helped fund Noa’s education all throughout college before Noa accidentally finds out that Hansu is his biological father and also that Hansu has connections to the Yakuza, following which he disowns not only his family but also his Korean heritage. Using his Japanese name and marrying a Japanese woman and starting a family, Noa ultimately gets tracked down by Hansu, and when Sunja begs him to reunite with his family, he promises to do so but ends up committing suicide. Thus, the underlying nuances of Noa’s psyche are anticipated to be one of the main driving forces of Season 2 of Pachinko.

Some of the other storylines that we can look forward to are the death of Baek Isak after he is released from prison due to his illness and Mamoru Yoshii trying to seize the property of Geum Ja through shady measures as requested by Solomon.

What Happened In The Season Finale of Pachinko Season 1?

Baek Isak, who dreamt of his kids not having to stay under the rules of the Japanese, had joined hands with the local communists in Osaka, who had the aim to fight for peace in order to see citizens living a fulfilling life with good working conditions and fair wages. Sunja accuses them of growing heavy with their idealistic dreams, while with Isak gone, Sunja has to struggle with their basic needs like putting food on their table and clothes on their back. As one of the communist professors tells them that what Isak did was for their own good, Sunja snaps back by saying that they live in enough luxury that their hands look like they haven’t seen a day’s work. The professor warns them that since Isak had betrayed the Japanese ruler, he can’t ever be released from prison.

Meanwhile, Hana (the step-sister of Solomon) is on her death bed because of her deteriorating condition due to contracting AIDS. Before dying, she meets Solomon one last time. Solomon confesses how he always played according to the rules, be it of his parents or the Americans and the Japanese who considered him an outsider, but they ended up making a fool out of him. Hana tells him to snap out of it, to stop feeling sorry for himself, and grab whatever he can out of those leeches, showing them no mercy.

Hana laments that she squandered her life by running away from her problems and advises Solomon against doing the same. Hana also speaks out about her wish to die in Hawaii with the warm sand through her feet and the soft waves in the background. But in reality, she has to die in the dark hospital room. Well, Solomon does the best he can, and in one of the most heart-wrenching moments of the show, rushes Hana’s hospital bed out to the Hospital roof where Hana can have at least a slice of her desire to take her last breath in the open air.

At the ending of Pachinko Season 1, as Baek Isak is stuck in prison and his brother Yoseb loses his job because the factory he works in won’t support anyone whose family member is an enemy of the Japanese emperor, Sunja takes matters into her own hands and embarks on a new journey to sell freshly-made Kimchi on a street cart to make ends meet. Also, we see the first encounter between Hansu and Noa, where Hansu tells Noa that him getting an education in times like this is a privilege he must not forego and that he must always keep looking forward in order to be successful in life.

Meanwhile, as another example of the showrunners exhibiting the unique ways in which television media can take the story to new heights, ended the Season finale of Pachinko with a documentary interviewing real-life Zainichi Korean women who were forced to emigrate during Japanese annexation and now live in Japan. In the small documentary, the women elaborated on the hardships they faced during the reign and how in the present time, despite seeming to live in more luxury, the scars of their youth still haunt them.

This is not the first time the showrunners attempted to showcase various pages from the history of the sufferings of the Koreans, which are not only overlooked in Korean television but have never gotten such a wide Western audience either: episode seven of Pachinko focuses on the childhood of Koh Hansu who had to endure through losing his only family, and subsequently joining the Yakuza seeing no other way to survive (a story arc which doesn’t exist in the novel), the show shed light on the devastating consequences of the Great Kantō earthquake of 1923.

Showrunner Soo Hugh on Her Visions With Pachinko

Soo Hugh has revealed that after reading the novel Pachinko, her wish was to adapt the story in such a way that it would take a total of four seasons to unravel everything. Furthermore, the documentary of the Zainichi Korean women at the end of the Season finale of Pachinko was originally supposed to be at the end of the fourth season, but Soo Hugh ultimately decided against the delay feeling a sense of urgency to put out the stories of these women whose stories usually get left untold in history books.

Also Read: Korean Dramas with the Most Beautiful Cinematography

Currently, Soo Hugh is busy as the creator, co-showrunner, and the executive producer of a new Apple Original series called The White Darkness starring Tom Hiddleston. If the pandemic situation doesn’t worsen in the future, fans are optimistic that the second season of Pachinko to start production by late 2022 or early 2023. Although no news of production has been reported as of yet, expect Pachinko Season 2 to begin streaming by late 2023 or early 2024. Meanwhile, stream Pachinko Season 1 by visiting their official Apple TV+ page.

Also Read: Top 10 Series Similar To Pachinko That You Should Watch