Our Blues Episode 15 will have some major confrontations with bittersweet experiences. Finally, we got to see Young Ok’s sister, and the residents of Jeju were a bit taken aback when they saw her. Especially the first meeting with Jung Joon was not so pleasing. Yeong Hui felt he wasn’t welcoming enough.

However, Jung Joon accepted the fact that though he was a bit surprised, maybe because he had never met someone specially-abled. The upcoming episodes look very promising, so don’t forget to watch the drama Our Blues Episode 15.

What To Expect From Our Blues Episode 15?

Now, coming to the ongoing track, Our Blues Ep 15 will give us a major confrontation between the sisters, Young Ok and Yeong Hui. The war of words emerged mainly when the topic arose of how Young Ok abandoned her sister at the station. The incident took place years back. However, Yeong Hui seems to remember every bit of it. From the initial episodes of the series, we have seen how Young Ok’s life, especially her personal life, has been part of public speculation. Who always calls her? Maybe it’s her husband or child from the mainland. Such rumors have always been floating. The curiosity reached newer heights when in one of her conversations with Jung Joon, she mentioned someone named ‘Disaster’. 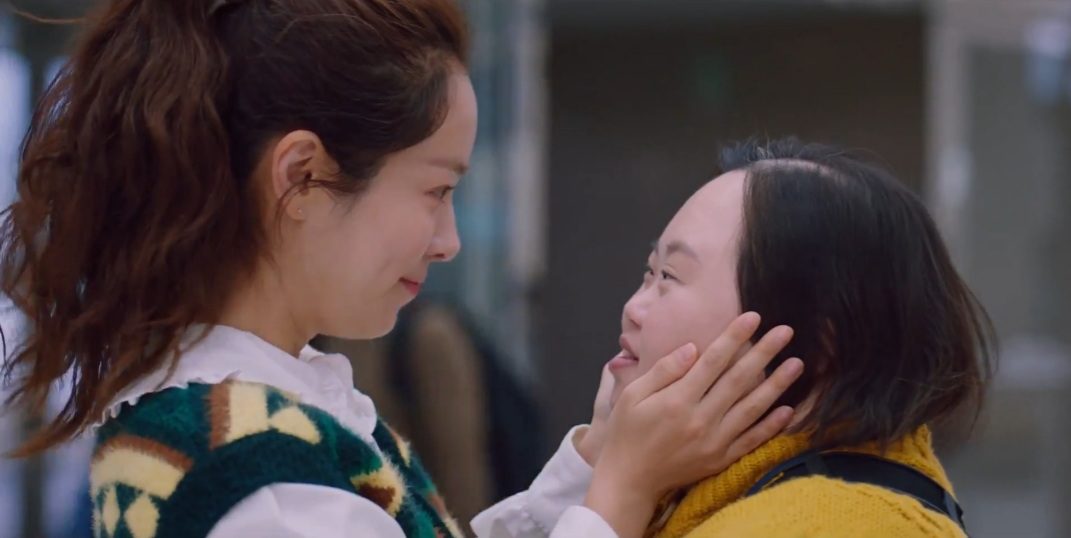 As the name suggests, it kind of reflected on her feelings for her, at least what’s going on in her conscious mind. To put all the speculations to rest, we finally got to see the person in question, none other than Young Ok’s twin sister Yeong Hui.

For Young Ok, it’s difficult to understand how she’s feeling. Yes, maybe she loves her sister; however, the thought of how she has to always take care of her or how some instances when she left her to haunt some parts of her. Her previous relationships couldn’t sail off because her partners were frustrated with Yeong Hui. However, that doesn’t seem to be the case with Jung Joon. Even after mentioning how there is no prospect of marriage along with how she always has to be there for her sister, Jung Joon is in no mood to back off. Will he be able to keep his promise? Let’s see that in Our Blues Ep 15.

We also got a bit of Young Joo and Jung Hyun scenes. The two were enjoying their food late at night, which disrupted her father’s sleep. Ho Shik went to sleep at In Kwon’s place. That was such a cute moment. By the looks of it, though there won’t be a full-length story, however, we will keep getting such small and cute moments of the couple.

Our Blues Episode 15 will release on 28th May 2022. The drama successfully creates a space for itself in the hearts of the audience. For some, it may be slow. However, the stories of Our Blues stay with the viewers. It gives one enough time to emphasize with the characters and the situation they are going through and resonates with them on a personal level.