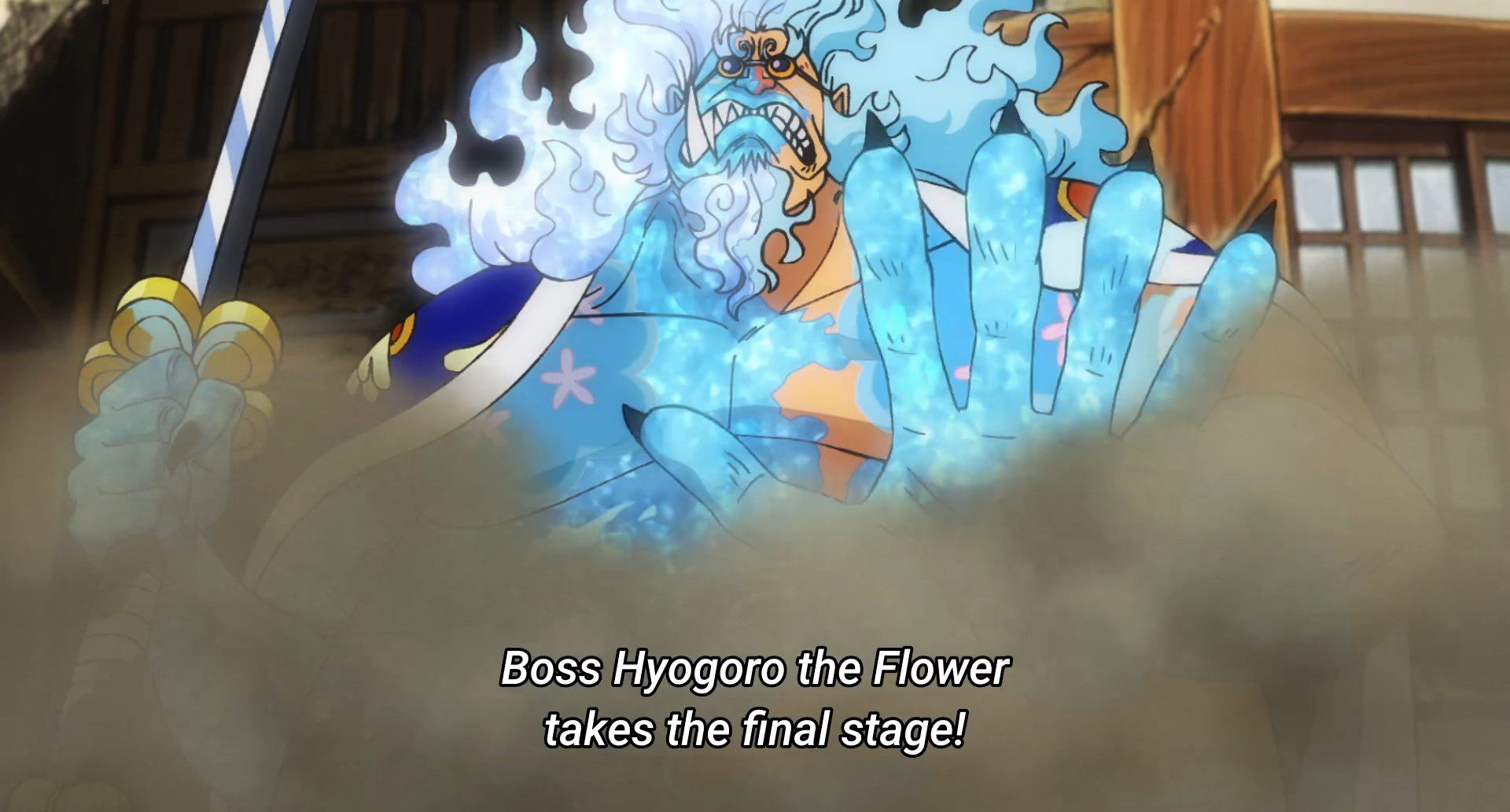 One Piece is continuing to keep its streak of being the best franchise not only with new manga chapters, but anime is doing great as well. Episode 1022 will be a new episode of One Piece, and it will continue the raid on Onigashima. However, if you have forgotten, Wano’s fate is not only on our straw hats. We have Samurai and other pirates also. And One Piece Episode 1022 will feature one of those Samurai that have been tolerating Kaido’s tyranny for more than 20 years. It’s Boss Hyogoro the Flower who will shine in the next episode as he is on the verge of death.

Will One Piece Episode 1022 feature the death of one of the legendary Samurai yet again? Well, that we will find in the next episode of One Piece. However, without knowing the release date of the next episode, how will you know when to watch it. So for this post, we will be giving you the information regarding the One Piece Episode 1022 and where you can watch it. Furthermore, we will also discuss the event that may take in the next episode. So without any further ado, let’s jog our memories from the last episode and then get into the new episode’s expectations.

Previously On One Piece

We were so excited to see Robin save one of her comrades and our favorite Sanji. It was a total heroine moment for Robin. She told Black Maria that she was a part of the evil organization long ago. If it’s up to save her friends, then she can be the devil she was back in time. Brook also helped Sanji get out of Black Maria’s web trap. And now Sanji has gone up to where the pirates and Samurai are fighting against Queen’s virus. Whereas Yamato, Shinobu, and Momo are having trouble hiding due to one of the gifters that have the power to find out anyone.

Momosuke is hiding Yamato’s clothes, while Yamato and Shinobu are finding a place to hide. Carrot and Wanda’s fight against Peroline has continued in this episode also, but Wanda is already out of strength. Carrot held back Peroline for a while and even gave him a tough time. However, after the moon is hidden in the cloud, she has lost her transformation, and Peroline defeated them, and he is on his way to Big Mom. The main event where the Worst Generations are fighting the two emperors is continued as well. 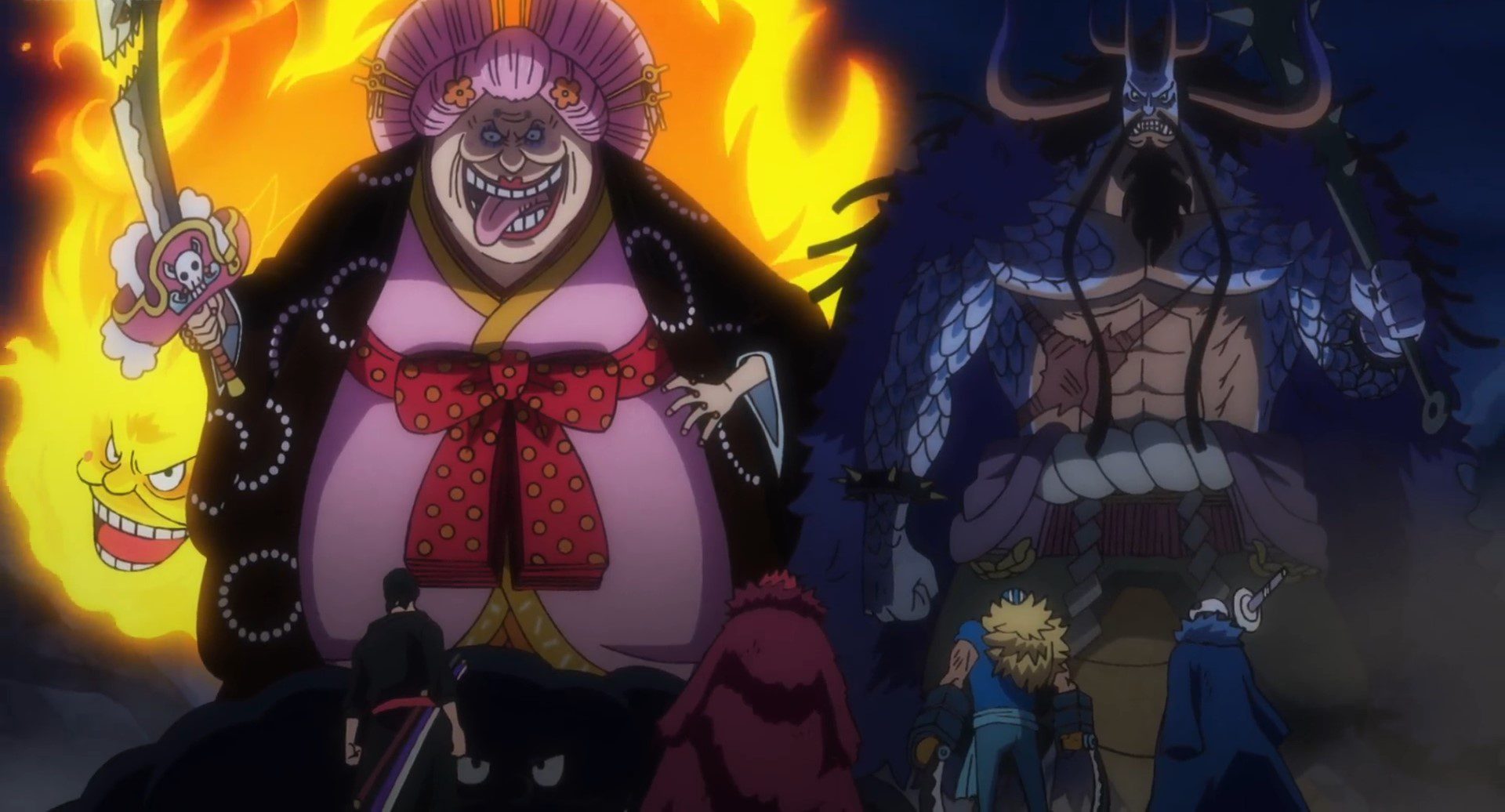 Kaido has transformed into his man-beast form. However, Luffy is still out of stamina and need one more minute to rest. Jack is on his way to kill the injured red scabbards. And Black Marai is ready to go all out against her fight with Robin and Brook.

One Piece Episode 1022 Expectations And Preview

The title of the One Piece Episode 1022 is “No Regrets! Luffy And Boss, a Master-Disciple Bond!” The preview for the new episode of One Piece solely focused on Boss Hyogoro of the Flower. If you recall, a few episodes back, Hyogoro was also infected by the Queen’s virus. However, he is still fighting and resisting the virus hardly. Hyogoro also transformed into a more muscular form, and he is determined to go all out before he is dead. Will Hyogoro die in the One Piece Episode 1022? Chopper has almost made the vaccine for the virus. Will Chopper be able to save Boss Hyogoro before he is transformed into an Ice monster? 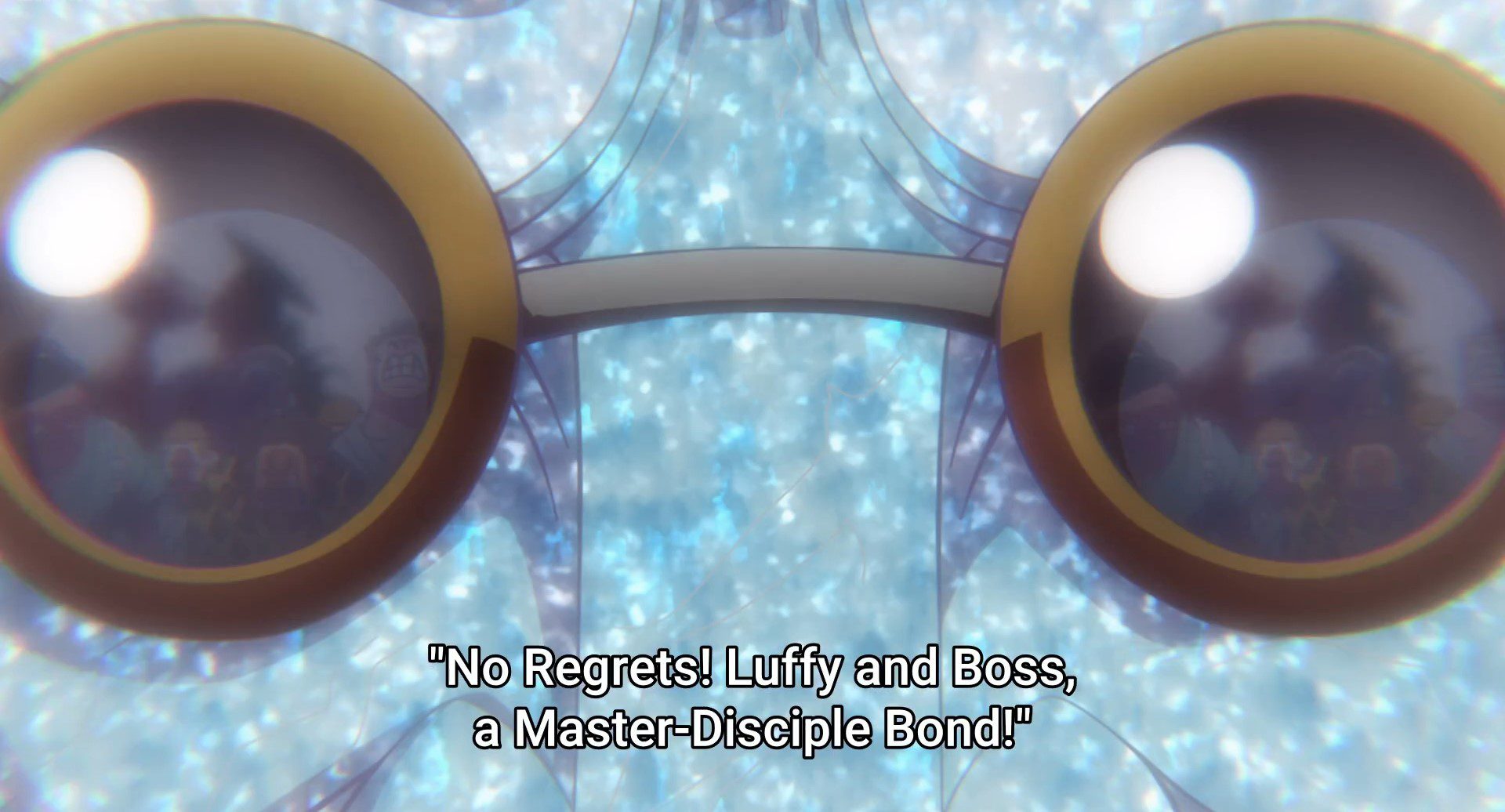 It is expected to find out in the next episode. One of the still shots from the preview also showed a Queen’s dinosaur form. Is Queen also going all out? Sanji is on his way to them. We can expect him to fight against Queen in any future episode now. Can Luffy complete his one-minute nap without anyone else getting killed by Kaido’s new form? The New Episode of One Piece will answer a lot.

One Piece Episode 1022 will be back next Sunday, that is 19th June 2022, at 9:30 AM hrs JST (Japanese Standard Timing). The new episode will feature a lot of exciting events, so make sure to check it out once it is released.

While the new episodes of One Piece debut on Japanese Local Channels, they are available to watch on websites like Crunchyroll and Funimation for international fans.