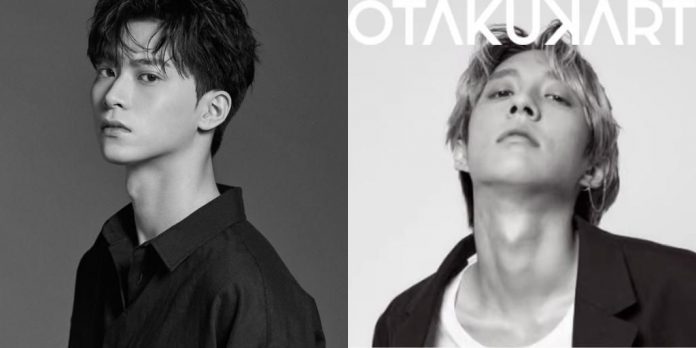 Fans have been anticipating the release of the last episode of ‘Ocean likes Me’. A drama in the making, Ocean likes Me is a South Korean television series that’s spread across the globe overnight. Even during the making of the show, many were unsure how they would remain hooked till the end. But just like always, k-dramas never disappoint. After posters and trailers were released, many suspicions had been cleared. The released poster features Han Gi Chan and Holland walking together, overlooking the ocean. The teaser gives a promising beginning to the story. Foreshadowing a beautiful encounter between both actors around the beach of Yangyang.

The supporting cast of the drama, Song Tae Yoon and Han Seo Ul, have added to the unique plot since we know nothing about them. Nevertheless, this south Korean drama is exceedingly popular. Of course, many fans await the end of the show to see where everything reaches. Hang Gi Chan, who started his acting career with where your eyes linger, and Holland, who made his debut back in 2018 with the single Neverland, team up to bring an exciting new show.

What Is The K-Drama About?

The ongoing drama is about a passionate udon store owner named ‘Bada,’ played by Han Gi Chan, and a struggling musician named Tommy, played by Holland. The two meet each other at the breathtaking seaside where Tommy spent most of his childhood. The show starts out to be a Korean drama about a young entrepreneur who runs a store with the dream of starting his own business. Tommy, a failed musician, returns to his hometown in hopes of getting some inspiration as well as time away to work on his music. The series is a healing BL romance about two people working to do something meaningful in their life. The main actors of the serial used the deepest, most genuine emotions while filming ‘Ocean likes Me’. And obviously, everyone could tell the actors poured their hearts into the making of this k-drama.

Just like the actors, the viewers feel the raw and emotional acting to their very core. However, starting a business is not as easy as it sounds, so naturally, the person behind the decision will face problems one way or another. Bada, the male lead, faces difficulty in tending to the customers visiting his restaurant. Although he may be a man of vision, he is still just one man. A person can only do so much. As the story moves on, the musician, with a flaming passion for musical notes, makes a dramatic appearance. In ‘Ocean likes Me,’ as the events progress and the series begins to take a turn of events, the climax reaches.

One beautiful dream Han Bada envisions. Starting a business near the ocean where the sea breeze is like a light caress to the skin. But, somewhere along the way, with all the hardships and struggles, in ‘Ocean likes Me,’ Han Bada loses visual of this heavenly dream. Tommy, the musician in love with melodious words, observes Han Bada’s misery and, without even hesitating for a second, becomes of great aid. The two don’t even realize it but become each other’s shoulder to cry on. A highlighted theory in this drama that had everyone in tears was how both were struggling with their own problems but still managed to be there for each other.

Also Read: ‘OMEGA’ Will Make A Comeback In June 2022 With A New Concept

However eager many fans are, the drama is still releasing episodes one by one painfully slow. The Korean TV serial contains a total of eight episodes. Moreover, a pep talk in front of the mirror is definitely required because this drama, with some of the most heartbreaking scenes to ever exist, may or may not potentially leave a scar. So, to those just itching to watch the drama serial, as promised, here is the episode schedule.