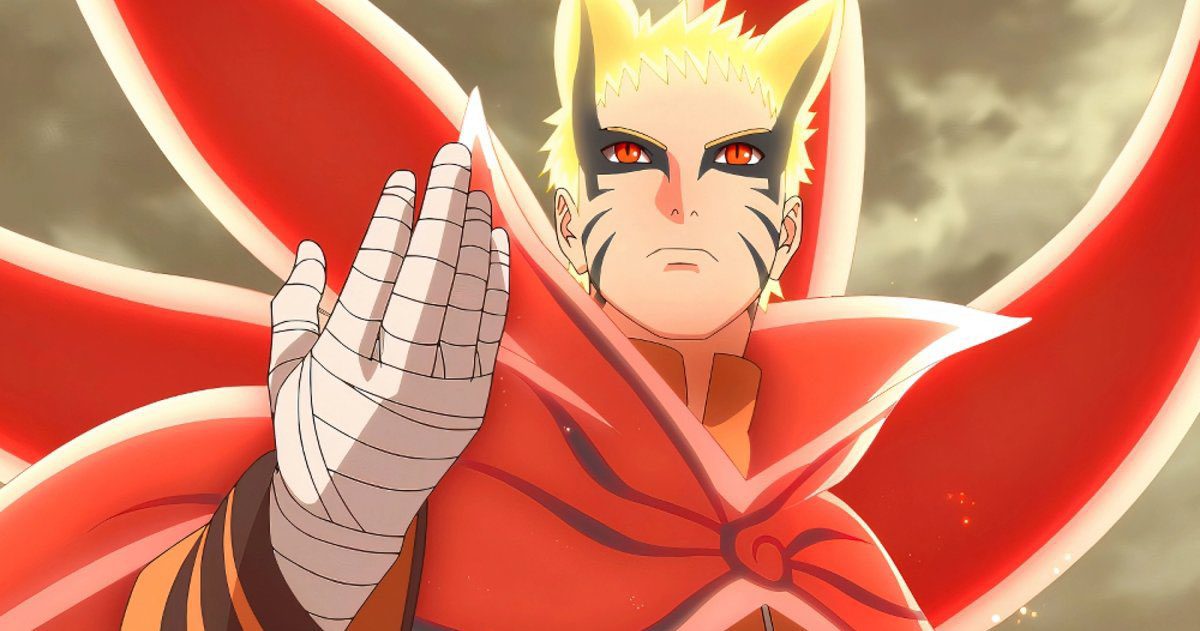 Naruto’s Baryon Mode is a one-of-a-kind change that Kurama, one of the nine-tailed beats, can achieve using his Jinchuriki. As the ideal Jinchuriki of Kurama, Uzumaki Naruto has access to the Nine-Tails Chakra Mode in numerous forms, making him one of Narutoverse’s most powerful characters. Throughout his ninja career, Naruto Uzumaki has unlocked a variety of forms and transformations, including the Demon Fox Cloak Form during the Sasuke Recovery Mission arc and the Asura Kurama form, which he used to defeat Sasuke. Naruto’s most common transformations are the toad-inspired Sage Mode, the Jinchuriki Nine-Tails Mode, and the Kurama Mode.

Naruto was being physically outmatched in his usual Kurama Mode, even with the support of Sasuke Uchiha, due to the rise of a new adversary, Isshiki Otsutsuki. When it appeared like all hope was lost, Kurama revealed a previously undisclosed ace Naruto could still summon, although at the cost of his life, while also detailing its inherent distinctions from the Sage and Kurama modes.

Boruto: Naruto Next Generations Episode 216, “Sacrifice,” adapted from chapter 55 of the manga, was the first time Baryon Mode was seen. The duel between Isshiki and Naruto is the premise of this episode.

What Is Baryon Mode?

Baryon Mode is Naruto’s new form with Kurama. It entails smashing Naruto’s chakra and the Nine-Tails’ chakra together in a way comparable to nuclear fusion, resulting in the creation of wholly new energy, according to Kurama. Kurama compares the transformation to the sun’s nuclear fusion process, noting that by uniting the kernels of the previous forms, the new form manifests a powerful energy reaction. The name Baryon comes from a type of energy particle. While the real-life Baryon won’t convert you into a hellish killing machine, the name does refer to Naruto’s latest upgrade’s nuclear nature.

Naruto’s face and hair take on Nine-Tails features, and on his chest, an Uzumaki logo with Kurama’s tails spinning off forms, representing their unification. Naruto’s whisker markings also thicken, and the pigments around his eyes turn black and grow upwards, resembling makeshift fox ears. Baryon Mode is significantly more powerful than any of Naruto’s earlier transformations. In Baryon mode, the Hokage easily dodges Isshiki’s blows and might knock the Otsutsuki villain down with a well-placed elbow. However, in Kurama mode, he struggles to deliver a decent strike. The poisonous effect of the Baryon mode with each blow while increasing speed, agility, and overall power is perhaps this technique’s biggest benefit. Isshiki Otsutsuki’s life was steadily drained with each strike Naruto made, comparable to radiation poisoning, hinting that the transformation may shorten the opponent’s longevity during battle. 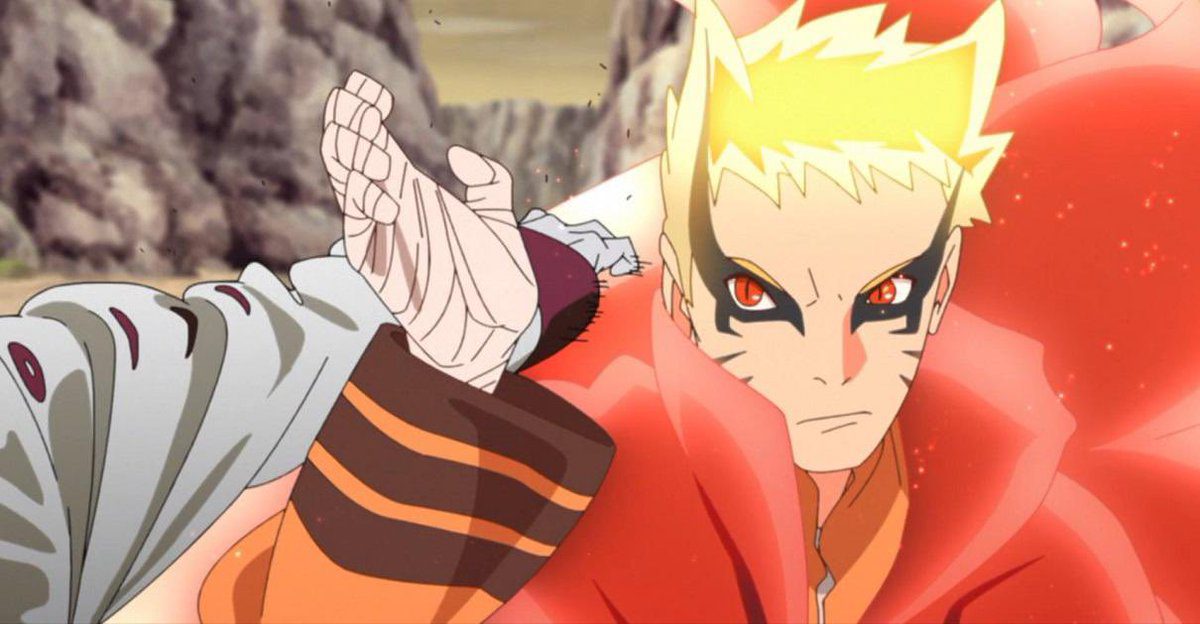 Kurama claims that one simple strike to the target will be enough to win when in the Baryon mode. Unfortunately, this power has a significant disadvantage. In his previous incarnations, Naruto had to fuse chakra with Kurama and then un-fuse once the battle was ended. Both Naruto and Kurama’s chakra is depleted in Baryon Mode and cannot be restored, which is why the form is said to terminate in death.

Baryon Mode obviously outperforms Naruto’s other states. However, it’s tough to determine whether this is his most powerful form throughout the series’ history. Baryon Naruto has the upper hand against Isshiki, but the Otsutsuki isn’t battling at full might right now. The Sage of the Six Paths is a sage who has traveled all six paths. With the support of his allies Sasuke and Sakura, Naruto was able to beat Kaguya Otsutsuki. At the time, Naruto’s Sage of Six Paths Mode appears to be more powerful than Baryon. However, Naruto does not die when he employs Baryon Mode because the transformation feeds on Kurama’s chakra instead. While this is particularly favorable, it is apparent that the Baryon Mode war’s disadvantages outweigh its benefits, and it is intended for Naruto to employ as a last-ditch effort rather than a regular transformation, giving it a powerful but restricted capability.

Can Other Jinchurikis Use Baryon Mode?

As Baryon mode can only be used when both the host and the tailed demons are in agreement and have a very compatible dynamic, some Jinchurikis might not be able to use it. For e.g., Gaara would not have been able to do it, as before losing Shukaku, they hated each other, and when he grew up, he lost the demon when he became the first sacrifice to summon the ten-tailed beast. As well as Fu, the Jinchuriki for the seven-tailed fox Chomei, as she had died at the hands of the Akatsuki when they extracted the beast from her.

The Baryon mode is a really difficult technique with very high stakes, and it is established that even Naruto can achieve it once in his lifetime and only as a last resort. This technique is also hazardous as either of the parties will have to supply chakra, and if a lot of it is depleted, one will die. 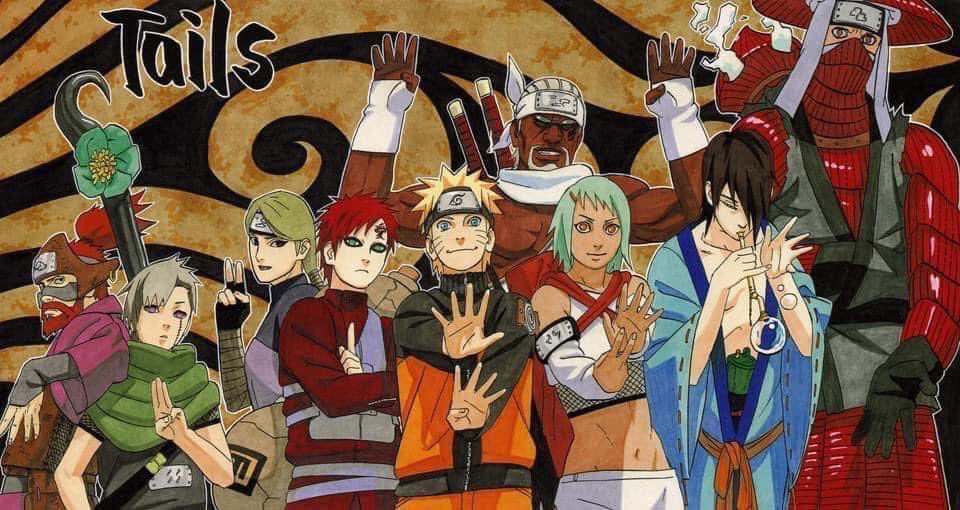 Hypothetically speaking, there is a small amount of chance for Killer Bee and Gyuki, the eight-tailed demon Ox, to achieve the Baryon mode because of the good relationship between them. However, no one Jinchuriki has been as compatible as Naruto is with Kurama, so if they did want to achieve a feat as great as the Baryon mode, they would have to be consistent with their training and truly be one with their demons.

Also Read: Why Are There So Many Boruto Fillers?