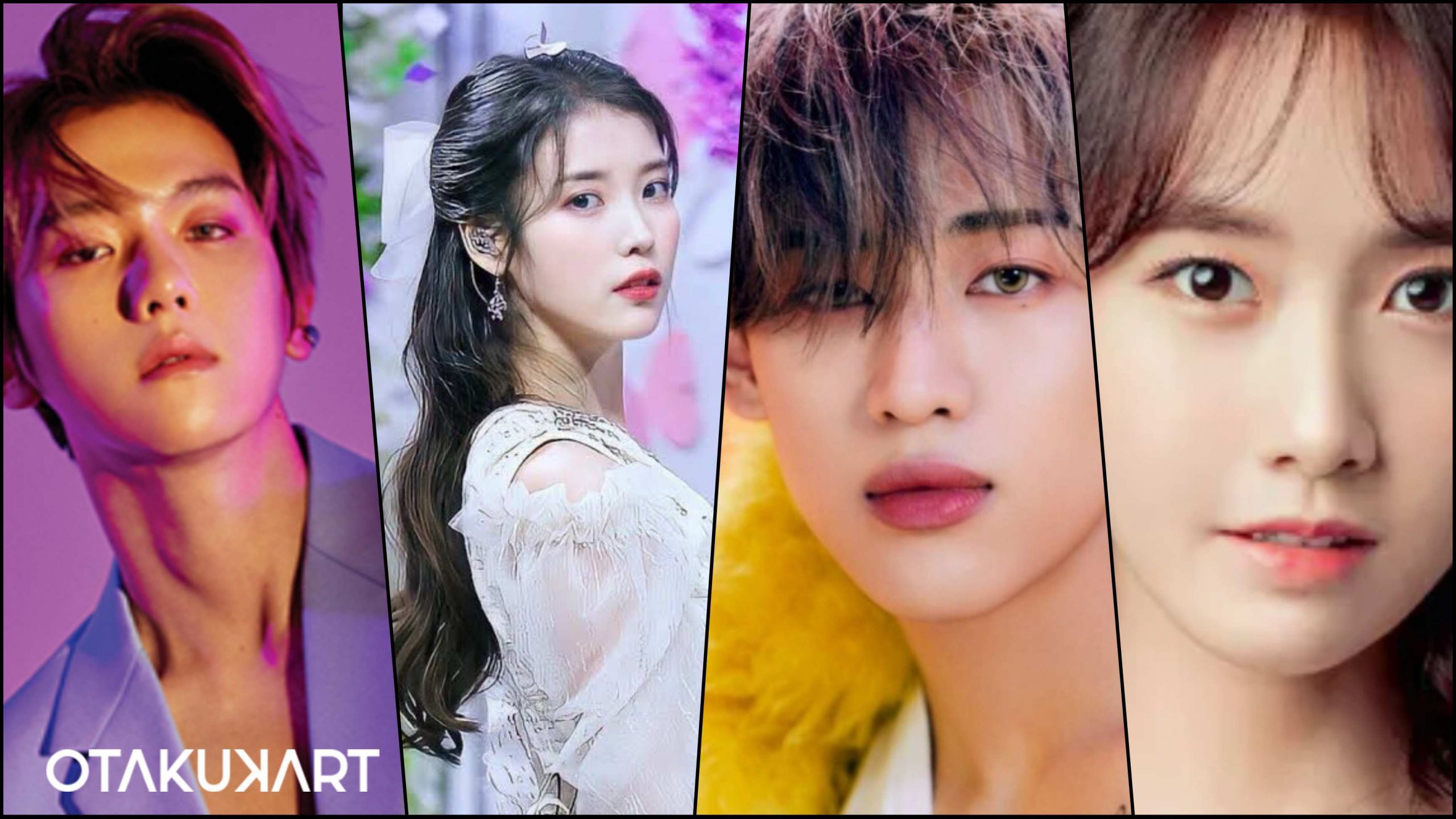 It’s almost May and we’re celebrating the beautiful birthdays of a new bunch of K-pop idols this month! Let’s talk about the K-pop Idols Whose Birthday is in May. Sometimes, the special days of some of the K-pop idols are celebrated with such grandeur and gusto by their stans that people can easily mistake them for their birthday. Ask a K-pop fan out on the birthday of her favorite K-pop idol and be prepared to get rejected! That’s how important the day is for them. And why not, they patiently wait for straight 364 days to have a one-night wonderful birthday bash for their idol.

The fans conduct a bunch of watch parties and fan projects on the special occasion and send their favorite idols beautiful hand-made cards and letters. We have assembled the names of some of the most popular K-pop idols who have their birthdays in the month of May. So mark your calendar and get ready for a busy month! Starting from veterans to some talented rookies, a lot of our favorite K-pop biases are going to turn a year older in May.

GOT7’s BamBam, who is renowned as the ‘Thai Prince’ celebrates his special day on May 2 every year. As he would be turning 25 this year, he has already celebrated his birthday with his mother earlier this month when he went back to Thailand to meet his Ahgases! He and his mother share the same birth date and they decided to celebrate it in advance this year in order to not miss out on spending time with each other. This South Korea-based Thai rapper and singer used to be a part of the popular K-pop b group, GOT7, before the boys parted their ways in 2021. 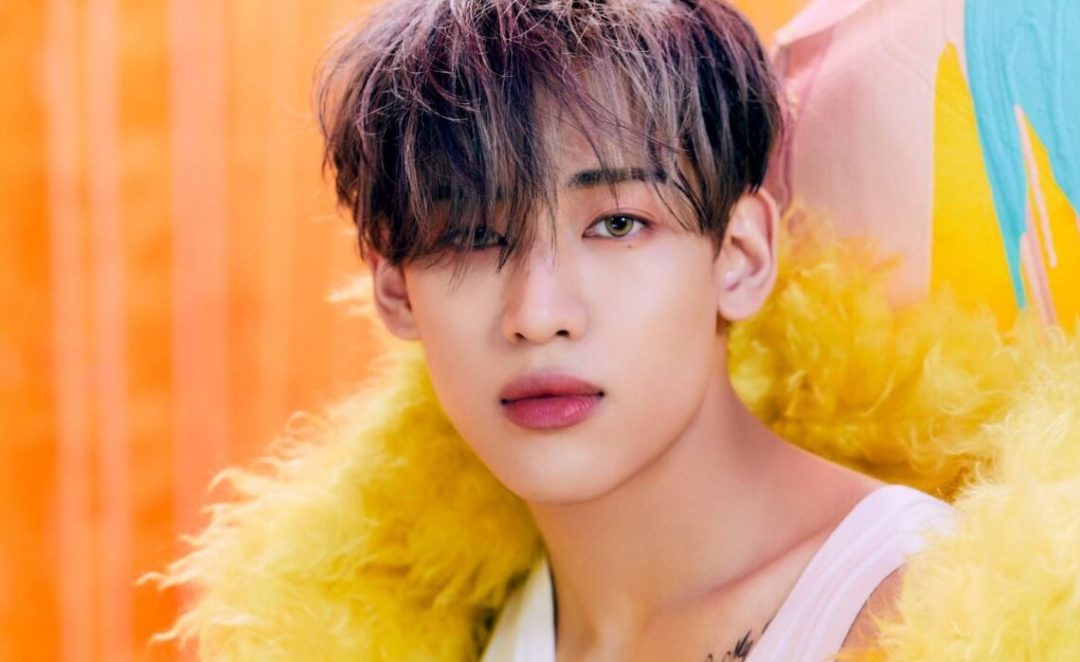 He made his debut in 2014 under JYP Entertainment with JB, Jackson, Yugyeom, Mark, Jinyoung, and Youngjae. After producing five full-length studio albums and fifteen extended plays with GOT7, Bambam is currently focusing on his solo career under Abyss Company. His influence in social media as well as in advertising fields in Thailand is unparalleled.

While Sungjae was born with a silver spoon in his mouth, he came to the limelight in 2012, when he made his debut as a member of the K-pop boy group, BtoB, and later its subgroup, BtoB Blue. Apart from being an amazing vocalist and a qualified host, Sungjae is known for his contribution to the acting field. He got his breakthrough with the leading role in the high school K-drama, ‘Who Are You: School 2015,’ along with Kim So Hyun and Nam Joo Hyuk.

Sungjae has given us several other hit shows including the 2016 fantasy rom-com ‘Guardian: The Lonely and Great God’ and the mystery fantasy, ‘Mystic Pop-up Bar’. Moreover, his appearance in the reality program, ‘We Got Married’ earned him the Best Male Rookie award and the Best Couple award along with Red Velvet’s Joy. 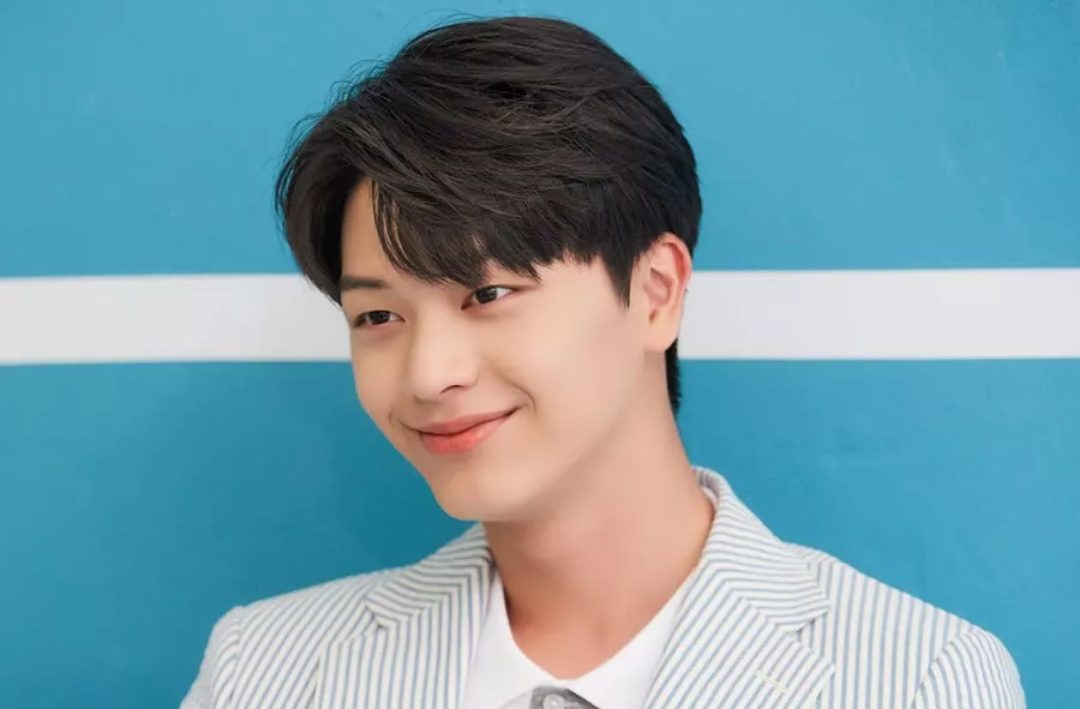 One of the most famous K-pop soloists ever, Sunmi is also turning 31 (Korean age) in the upcoming month. She made her debut as a member of the second-gen K-pop girl group, Wonder Girls in 2007 only to leave it after three years to focus on her studies. She made a comeback in 2013 as a soloist, boasting a perfectly healthy image, unique music, and eye-catching performances! Moreover, she came back to participate in the group activities of Wonder Girls until they finally disbandment in 2017. Sunmi is extremely popular in South Korea and the way she has always been experimental with her music proves that she is an icon! 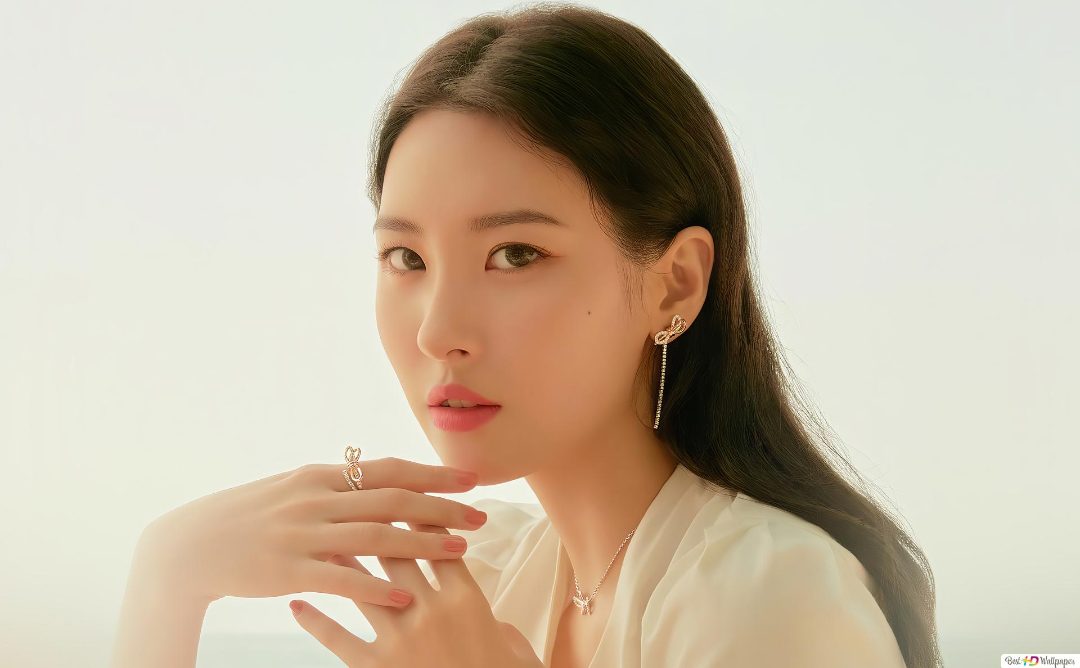 EXO’s singer cum songwriter Baekhyun is turning a year older the next month! Unfortunately, since he is currently been enlisted for his mandatory military service, he won’t be able to celebrate his birthday with his fans this time. Last year, he had celebrated his birthday in advance since he was getting enlisted the same day as his birthday, May 6. He conducted a special BDAY VLive for his pre-birthday celebration on May 1, 2021, which was a full-on entertainment program, with cool segments like music talk, a Q&A session, and mini-games, among other things. Born in the Gyeonggi Province of South Korea, Baekhyun made his debut as a member of EXO at the age of 22. 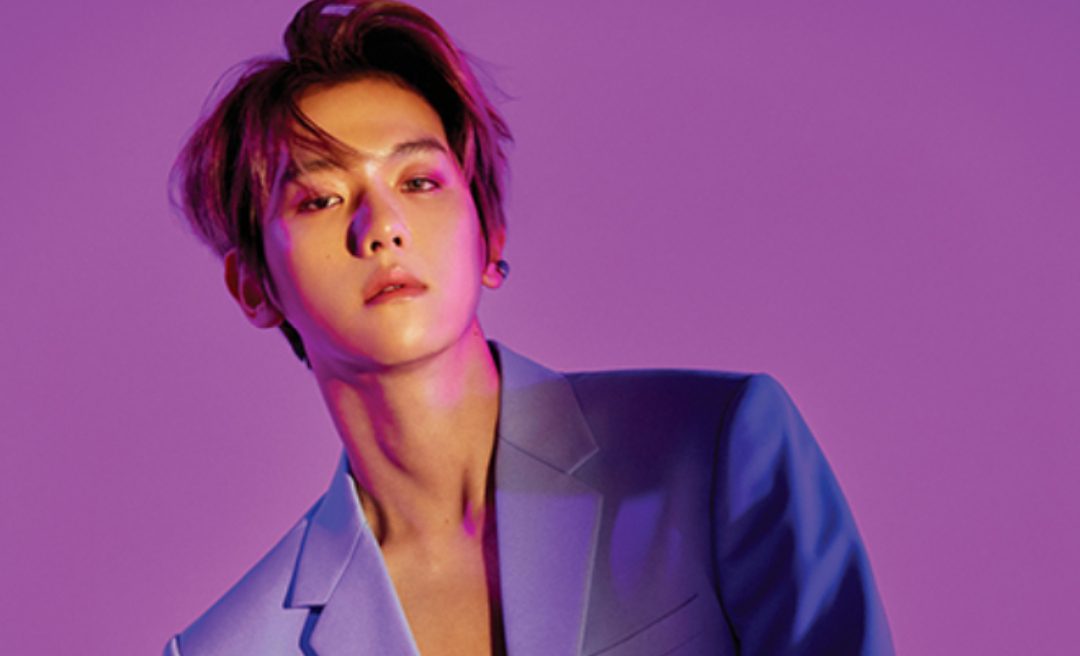 Apart from his remarkable discography as a member of EXO and the leader of its supergroup SuperM, Baekhyun has received significant achievements in his solo music career as well. With his latest extended play, ‘Bambi’ that surpassed one million sales in less than 20 days, he became a two-times million-seller artist!

IU is one of the most respected and admired artists in the K-pop industry with almost zero haters. We have been watching her working hard to achieve her dreams since she was fourteen and now after almost fifteen years, she has made a remarkable success, both globally and internationally. ‘Nation’s Little Sister,’ IU will be turning 30 this year (according to the Korean age) and enter into a new phase of her life. She made her debut as a soloist in 2008 with the extended play, ‘Lost and Found’ and got the image of the girl-next-door after the release of the albums, ‘Real+’ and ‘Last Fantasy,’ in 2011. 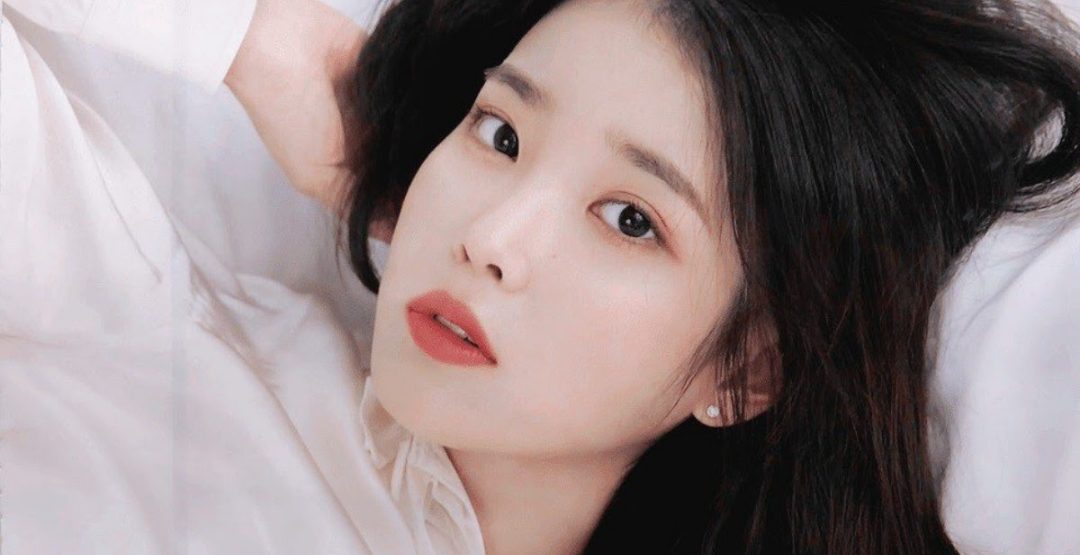 She rose to fame owing to her unique and angelic voice and her down-to-earth personality but now she is considered a musical genius, who can write and produce her own songs as well! After showcasing her memorable acting skills in K-dramas like ‘My Mister’ and ‘Hotel Del Luna,’ IU is making a comeback in the entertainment world with the K-drama, ‘Money Game’ and K-movie, ‘Dream’.

ITZY is on the road to becoming the biggest K-pop girl group in the future, outselling the whole of the 4th generation K-pop artists, and a big credit of that goes to their leader Yeji! The girl will be turning 22 this year and has already won the hearts of the people with her rapping, singing, and dancing skills. She made her debut in the K-pop industry in February 2019 after two years of training during which she participated in the K-pop survival show, ‘Stray Kids’. She used to be called the ‘Secret Weapon of JYP Entertainment’ owing to her praiseworthy dancing moves and vocals. 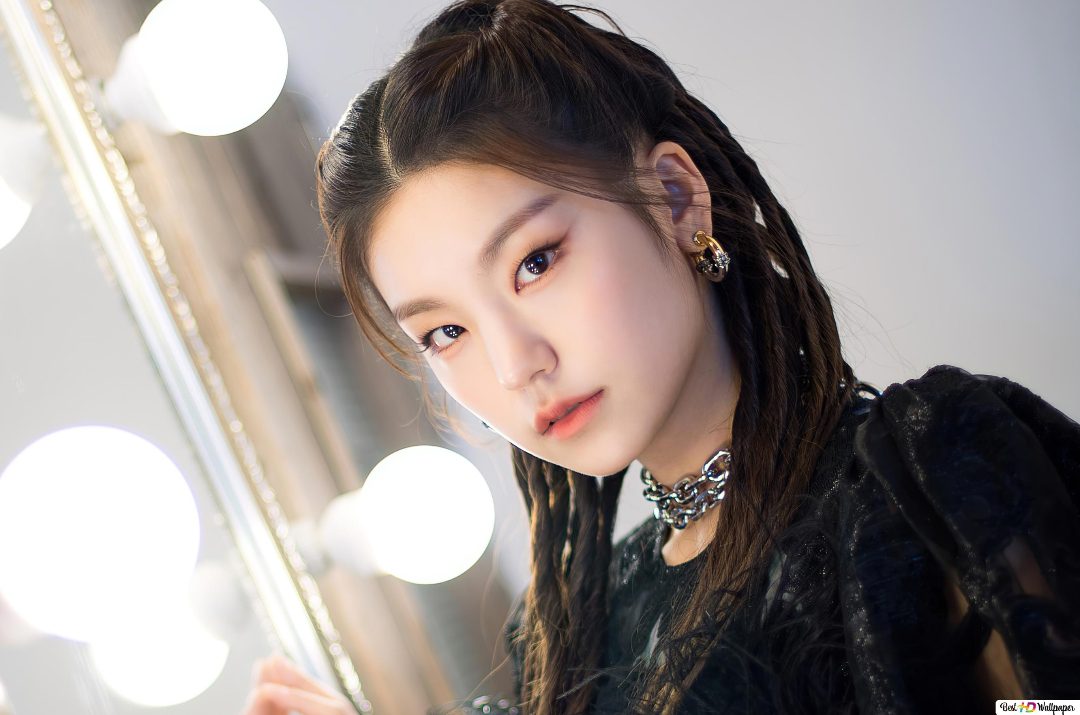 Together with ITZY, she has given her fans five extended plays and a studio album. Not to mention how beautiful she looks with her unique cat-like eyes drawing people around her to take a second look. In fact, she has also been on TC Candler’s 100 Most Beautiful Faces in 2019.

Wanna One’s Jihoon has a May birthday too! While most of the people know Jihoon as a K-pop idol who participated in the survival reality program Produce 101 Season 2 and debuted as a member of Wanna One, Jihoon had, in fact, seen the face of the Korean entertainment industry long before that. He used to be a child actor who made his acting debut at the age of seven. His career skyrocketed as a member of Wanna One with several chart-topping albums and singles that were released during their active era. 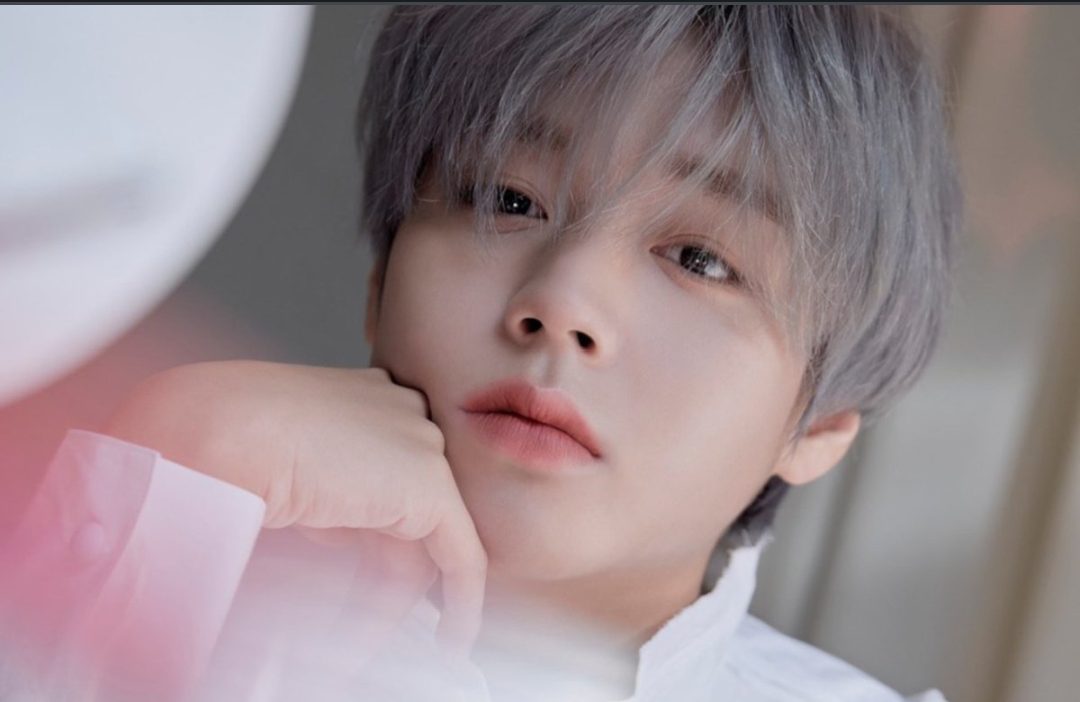 After the disbandment, he debuted as a soloist and to date, has given us five EPs and a full-length album. He made his last appearance in the 2021 youth K-drama, ‘At a Distance, Spring Is Green’ in the lead role.

The member of one of the best-selling K-pop girl groups in South Korea, Girls’ Generation’s Yoona is one of the most talented music artists and a skilled actress at present! She has been ruling the entertainment industry since her debut almost fifteen years ago, making headlines as a sensational and charismatic K-pop idol. Yoona, who is going to turn 33 this year (according to the Korean age system), made her solo debut in 2019 with a mini-album, ‘A Walk to Remember’ in order to celebrate her 30th birthday. 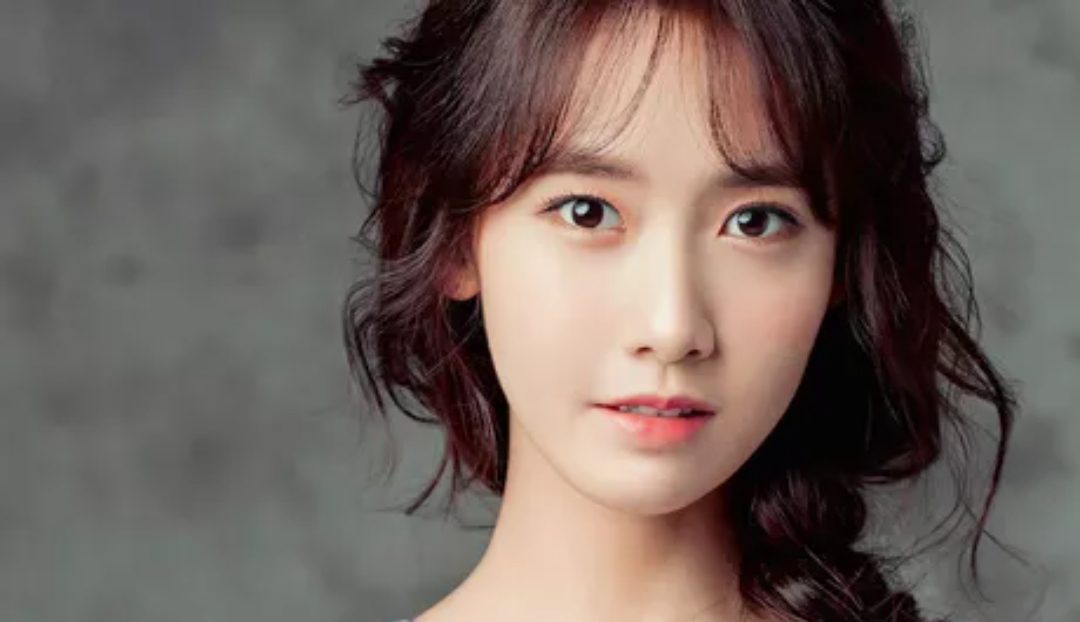 Known for her down-to-earth personality, elegance, and eye-catching visuals, Yoona has received both critical and commercial acclaim in acting. She is a versatile actor who has been a part of several K-dramas like ‘The King in Love,’ ‘The K2’ and movies like ‘Exit’ (2019). She is going to make her comeback on the small screen with the K-drama, ‘Big Mouse’ opposite Lee Jong Suk.

Read: Top 8 Most Successful Produce 101 Contestants That You Might Remember