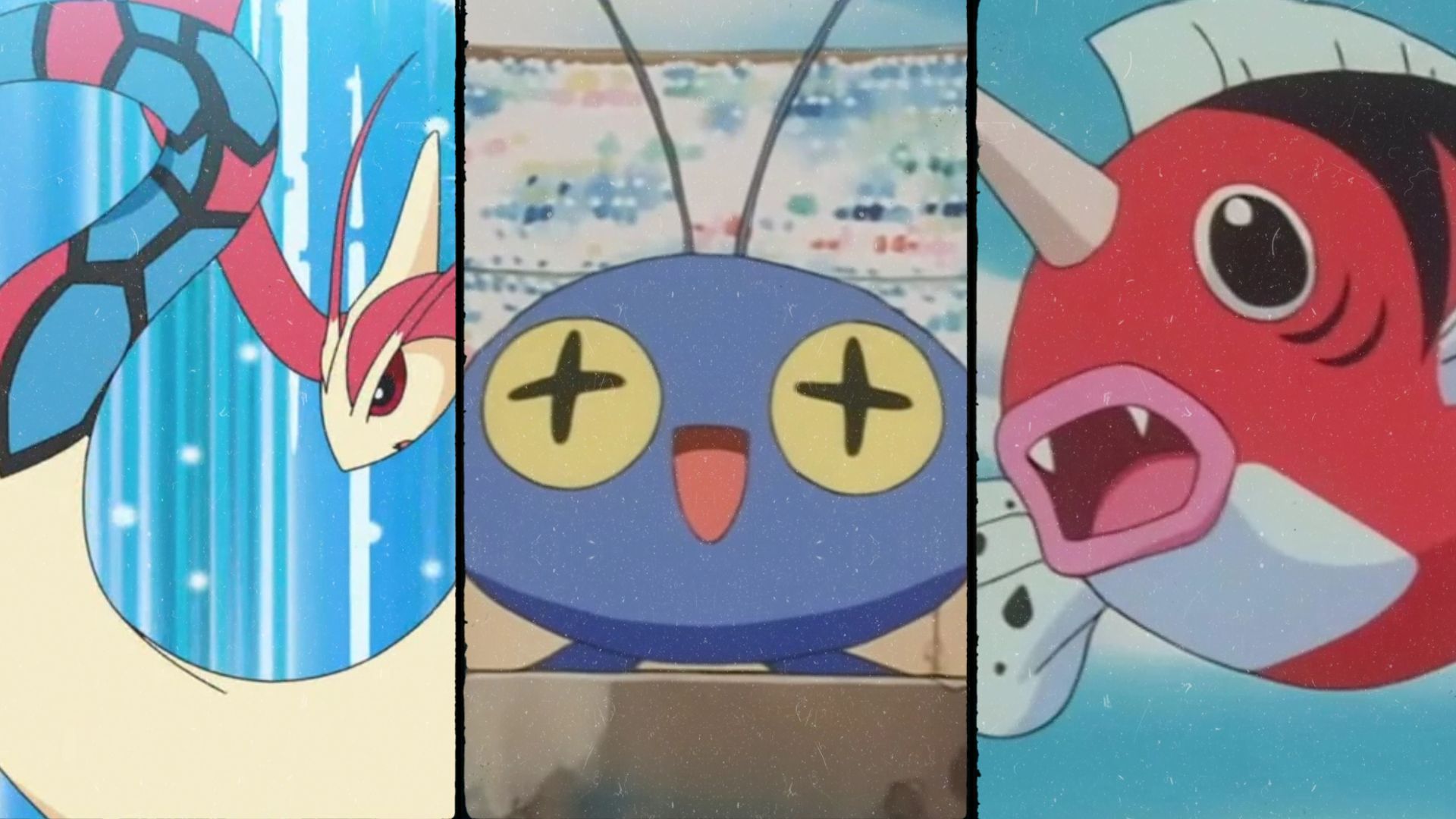 The most popular fish pokemon

If you’re into the Pokemon fandom, this listicle of the most popular fish pokemons might just be of your interest. You might just think that all fish Pokemon are water-type, however, not all of them are solely water-type, some are ground, electric, and even dark. Through the years, with every era of the franchise, we saw many fish Pokemon, from Misty’s huge roster of water types during the Kanto region era to the many different fishes in the Alola and Galar era.

We’re showcasing the best fish Pokémon in the entire franchise to help you get to know the numerous fishy buddies that populate the Pokémon universe, from little yet powerful to dangerous predators.

Magikarp, as described by many, is the most OG Pokemon of all time. Despite its comically weak qualities, the original fish Pokémon can flourish in any body of water on the planet. The Asian carp is the inspiration behind Magikarp, it is easily scared by water disturbances and can jump 8–10 feet (2.5–3 meters) in the air. Magikarp is a popular delicacy for both humans and Pokémon, yet that fish-type Pokemon’s population never seems to decline. Also, if the Pokémon survives the trials of life long enough, it will evolve into a Gyarados, one of the most powerful Pokémon in the original 151.

The transformation of Magikarp into Gyarados is based on mythology about carp that leap over the Dragon Gate becoming dragons. The Dragon Gate is thought to be located near several waterfalls and cascades in China. This legend is an analogy for the determination and perseverance required to overcome challenges. This may have inspired a feature in Pokémon Snap when a Magikarp splashes into a waterfall and evolves after completing certain tasks. 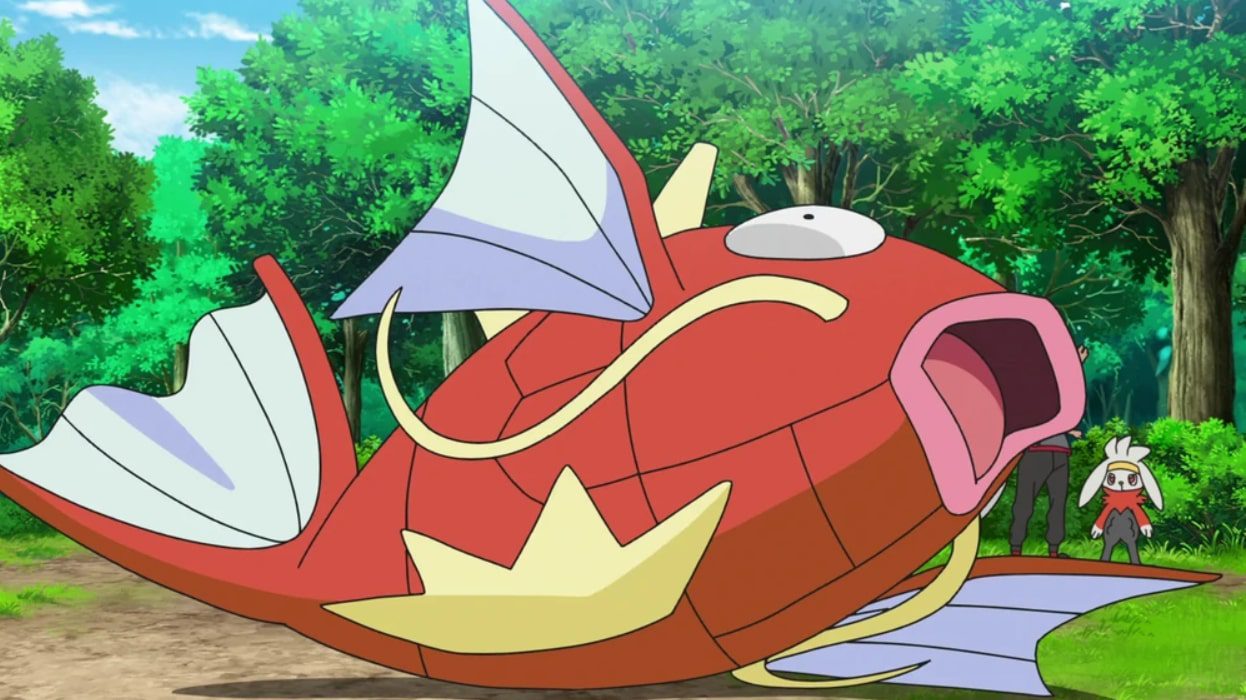 Your Goldeen will most likely transform into a Seaking when it matures, and, like with most evolutions, Seaking is a stronger version with koi-like colors. Seaking is a fast-swimming fish that lives in rivers and streams. It can swim not just against the current of a river but also up waterfalls. In the autumn, these Pokémon, like salmon, can be spotted swimming up rivers to reproduce. Seaking likes to use its horn to carve up nests from submerged boulders. While Goldeen and Seaking appear to be two genders of the same species, each has both male and female members (in roughly equal numbers!). 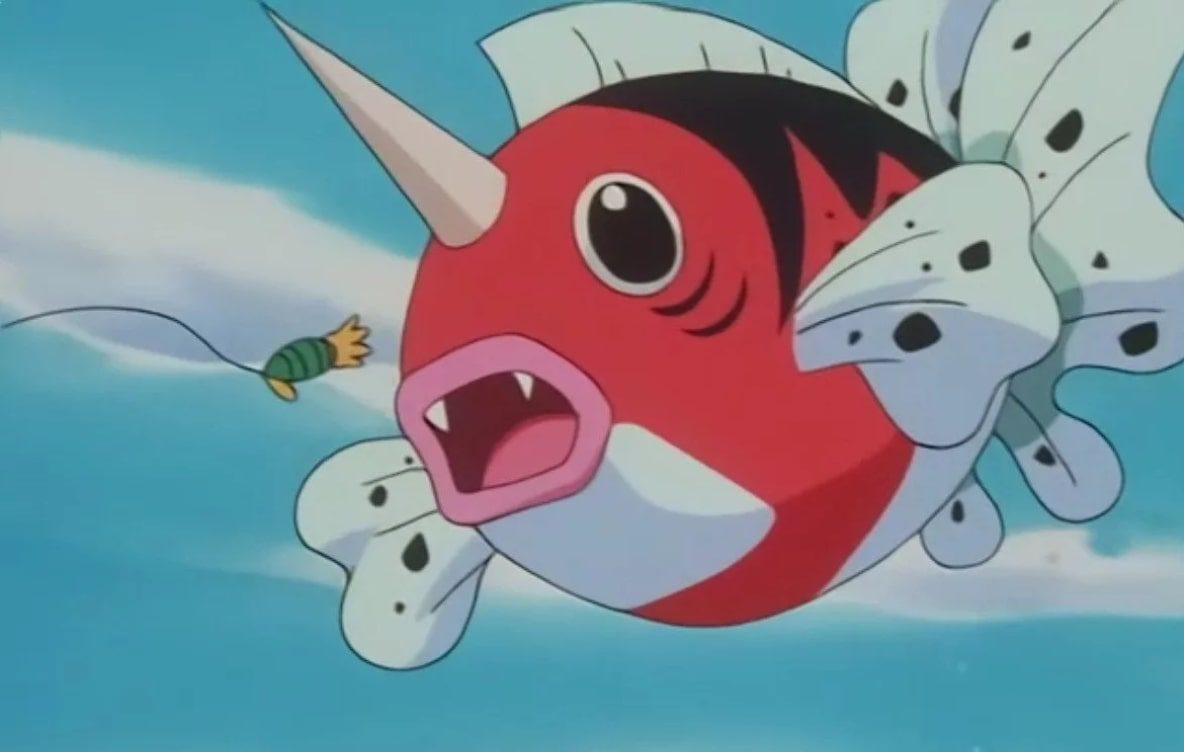 Pokemon interactions in the wild are always fascinating to see. In this light, Remoraid is one of the most intriguing water creatures. Remoraid swims close to the more strong Mantine in the Johto area, consuming their leftovers and impurities on their skin. These microscopic critters can pack a powerful punch thanks to their water pistol if they are endangered. Despite its simplicity, it travels at dizzying speeds and can hit targets up to 300 feet away. This ability has given this small creature the nickname “Jet Pokémon.”

It prefers to travel in huge groups of its own type or by attaching itself to Mantine’s fins. It accomplishes this by using its dorsal fin as a suction pad. It feeds on anything the Mantine leaves behind when bonded to it but will also battle with it. A school of Remoraid is frequently seen cooperating and traveling with a Mantyke, assisting it in its transformation into Mantine. Remoraid is a sea-dwelling Pokémon that prefers to move downstream from rivers, particularly as evolution approaches. 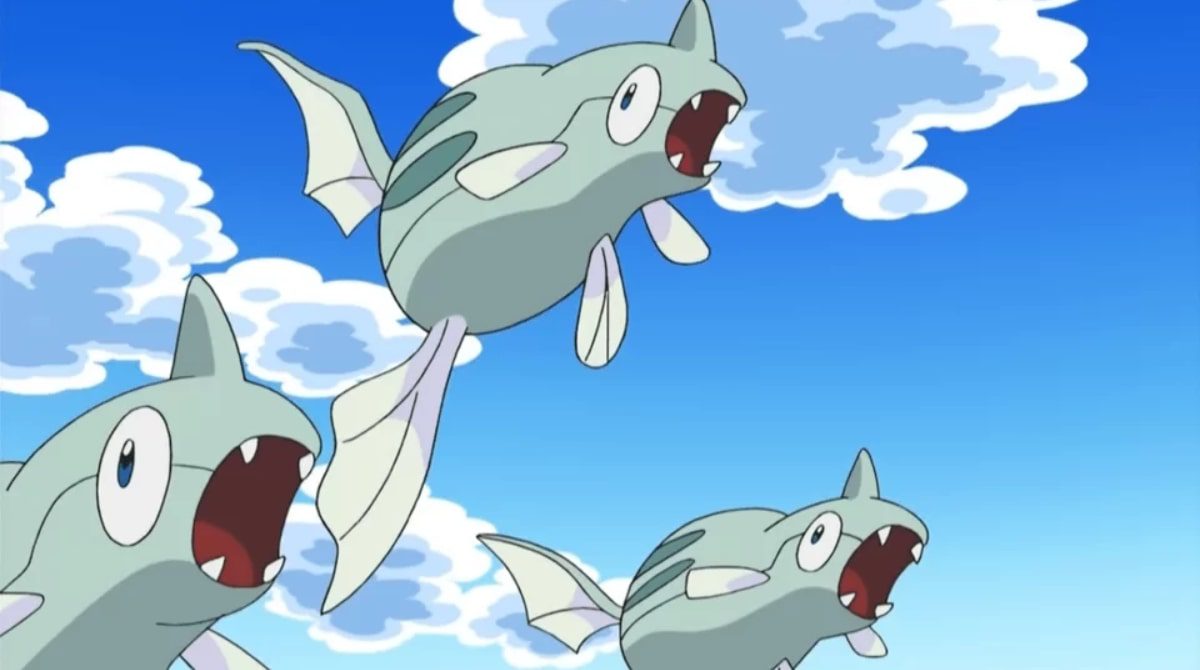 Chinchou’s orbs on its antennae emit a soothing glow that attracts prey. It also uses flashes of light to communicate with other members of its species and to claim territory. Inside the antennae are electricity-generating cells that generate enough electricity to make Chinchou tingle a little. It can both protect itself and shock its prey by emitting positive and negative electricity. Chinchou is a creature that lives on the dark ocean floor, rarely coming to the surface. In the anime, though, it has exhibited the capacity to walk on land. Although Chinchou is depicted to be able to walk on land in the anime, it can only be caught in the water and has no footprint in the games. 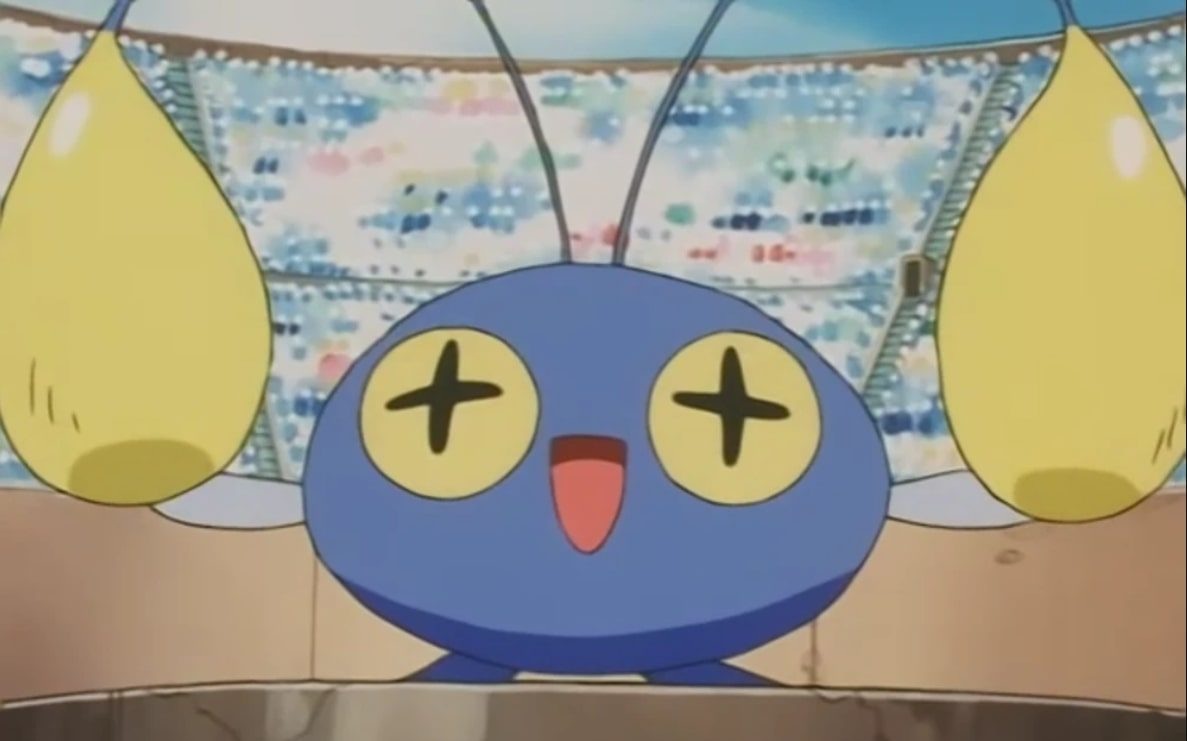 Sharpedo is a shark Pokémon with small, pointy denticles in the shape of a torpedo. The fangs in Mega Sharpedo’s mouth have changed, and the horns that have emerged from its nose are retractable fangs that can be regrown many times. The yellow streaks on its body are resurfacing battle scars that cause it excruciating pain and misery. It can reach speeds of over 125 mph in a matter of seconds, thanks to explosive propulsion.

Due to its sharp teeth, it is feared and known as Bullies of the Sea. Sharpedo finishes out its opponent with its fangs. Its dorsal fin was originally coveted as a food item, but it has since become extinct due to overfishing. Its fangs can rip through iron and steel, allowing it to dismantle a supertanker. Sharpedo’s fangs can regrow in an instant if it loses them. Sharpedo’s fangs are used as accessories in the hopes of preventing shipwrecks. It will attack any ship that enters the waters it calls home, without exception. 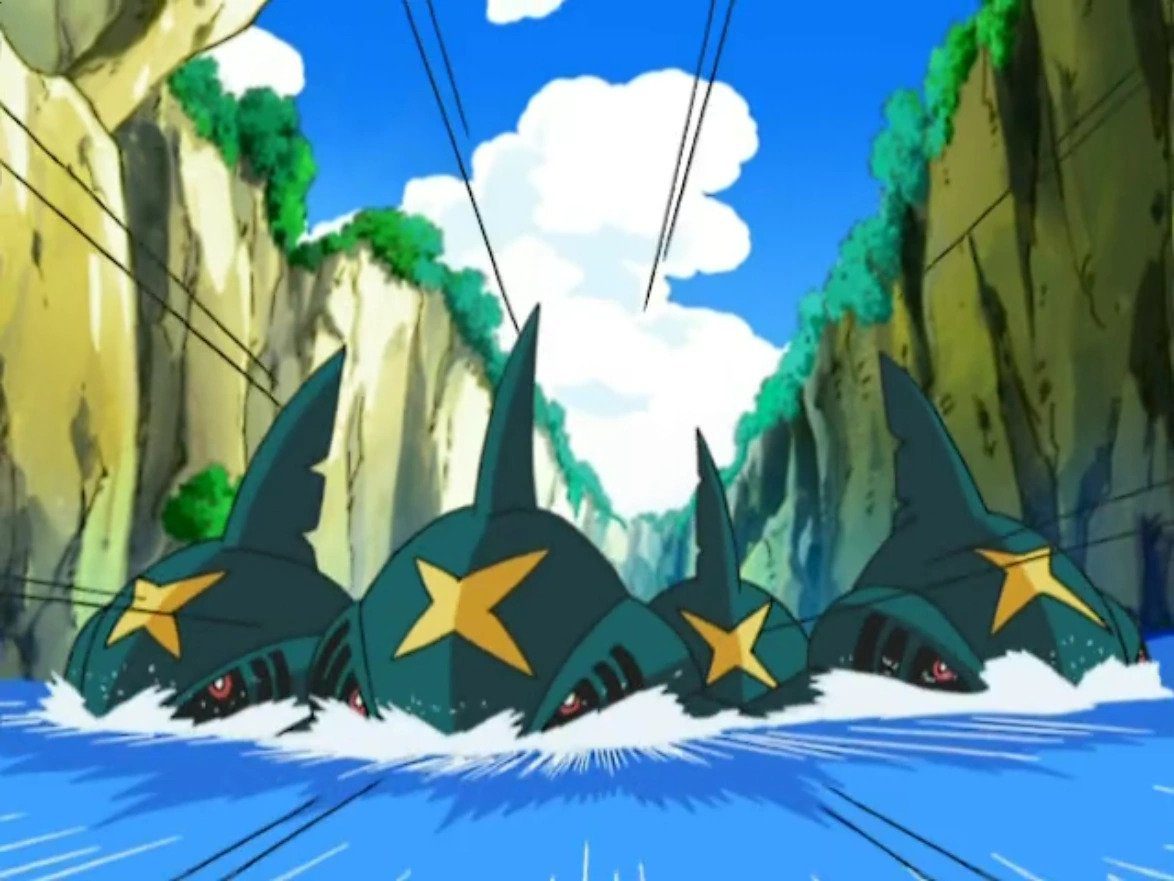 Milotic is a serpentine, aquatic Pokémon with a cream-colored body. It has crimson eyes that are surrounded by long, pinkish antennae. Milotic is regarded as the most attractive Pokémon. Indeed, it is considered to have influenced numerous artists’ works. However, some Trainers prefer Feebas to it and are apparently upset when it evolves from said Pokémon. It has the ability to soothe hostile feelings and resolve conflicts by releasing a wave of energy when there are fights going on. It can also move by floating in the air, as depicted in the anime. It can be found at the bottom of huge bodies of water. 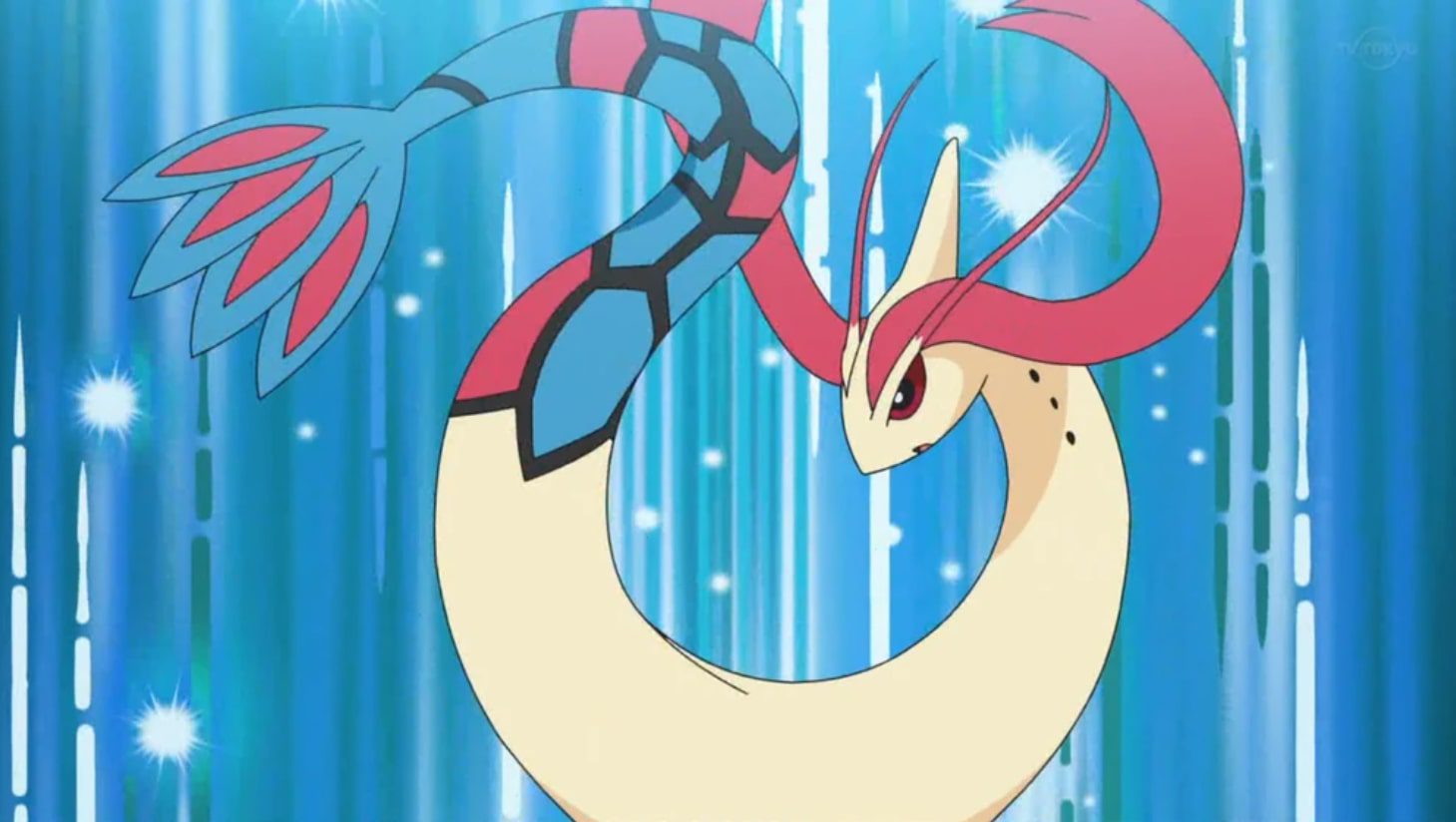 Whiscash, a cute and approachable-looking catfish, is on a whole different spectrum from giant predator like fish pokemons. Whiscash is easily missed when compared to other water-type ocean Pokémon because of its calm expression and simple color palette. Whiscash, with its water/ground typing and overall good qualities, make it a good companion to travel through the Hoenn region. You should be aware, however, that once it detects a threat to its territory, its placid demeanor vanishes. Going after this Pokemon can set him off, sending him writhing around in the water to ward off intruders.

This gluttonous fish will consume anything that is alive, even whole animals, and has been shown to eat inanimate items in the anime. Whiscash also eats mud as part of his nutrition. Whiscash’s eyesight is limited, thus, it must rely on its whiskers to detect prey vibrations. 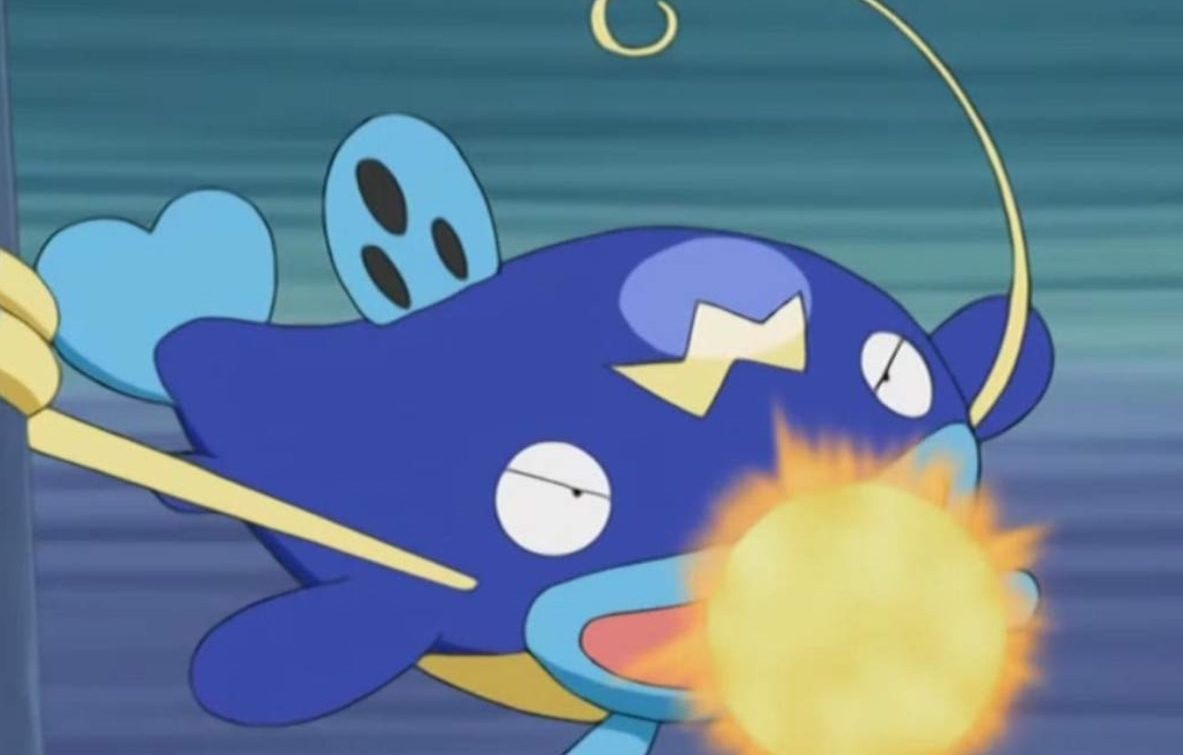 Basculin is the perfect example of a betta fish that is so very hostile that you can’t even have two of them in the same tank, let alone a territory. This fish-type Pokémon from the Unova region is extremely protective of its territory to such an extent that it’ll end up attacking other pocket monsters and fighting amongst itself for control of its living quarters. Conflicts are always at a high between the two most common forms of Basculin, Red Striped and Blue Striped Basculin. This water-type is better suited to be made into fish sticks rather than fighting in Pokémon battles, despite their tenacity. Their Attack and Speed values are good, but they’re (on the whole) subpar. 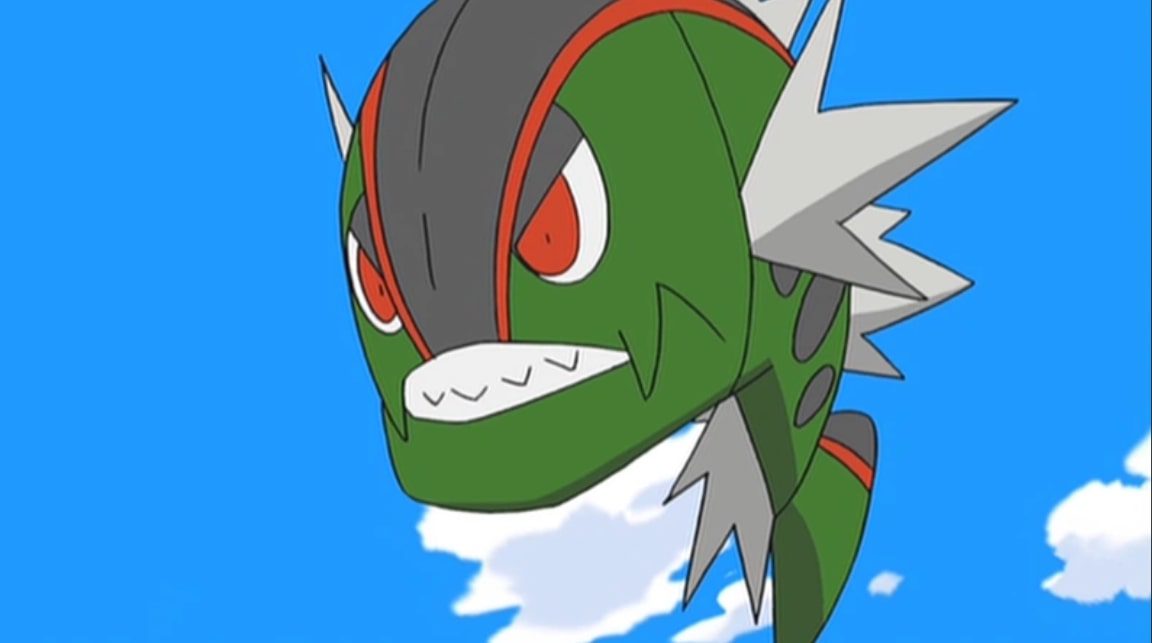 Despite not being the strongest Pokémon on the list, Wishiwashi is without a doubt one of the coolest and most interesting. Wishiwashi are the sea’s weaklings, first appearing in Generation VII as the Small Fry Pokémon. The lowest rung of the food chain! They do, however, have a hidden ace in their sleeves. Wishiwashi will secrete a gleaming material from its eyes if it feels threatened, this is like a signal to rally other Wishiwashi to assist and fight with them. Wishiwashi’s School Form, a large beast, made up of lesser individuals, is formed when they join forces. This fish-type Pokemon is still feared by the residents of Alola and Galar, who refer to it as the “devil of the sea” because of its School Form.

When it enters School Form, even the most fearsome Gyarados and Wailord have been known to escape. When Wishiwashi are in danger or being threatened, Wishiwashi takes this form to protect themselves. When Wishiwashi are gathered together, they can concentrate their abilities. The Water Gun move of the School Form is reported to be more powerful than a Hydro Pump move. Wishiwashi will split into a regular school if it is wounded in School Form before escaping. What a testament to the power of numbers! 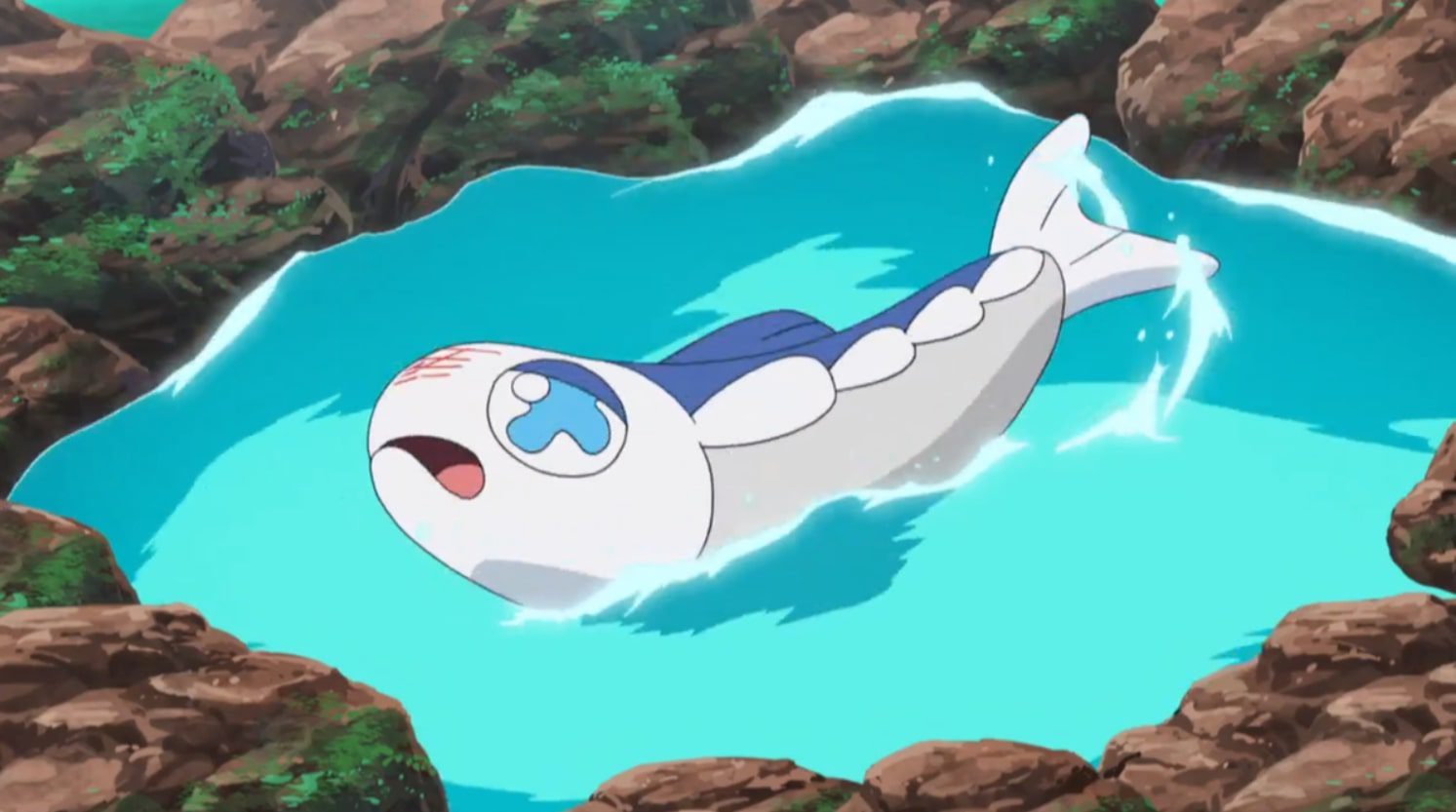 Wailord is a massive Pokémon that looks like a blue whale. It has small beady eyes, a large mouth, and grooves along its throat. Due to its size, it makes a huge splash when it jumps out of the water. By breaching and crashing into the sea, it can send shockwaves through the water, knocking out the opponents. In one breath, it can dive to a depth of 10,000 feet (3,000 meters). It dwells in big groups called pods in the water. A pod of Wailord, like schools of Wishiwashi, travels together in search of food and is capable of eating vast quantities at once.

When Wiishiwashi transforms into its School form, however, Wailord will leave the little school of fish. When a Wailmer is assaulted by Sharpedo or Dhelmise, the entire pod comes together to defend it. Wailord is well-known for its enormous size. As a result, Wailord-watching is a popular tourist attraction in many regions of the world. They have been known to be chased away by fishermen, thus, they don’t consume a lot of fish Pokémon. 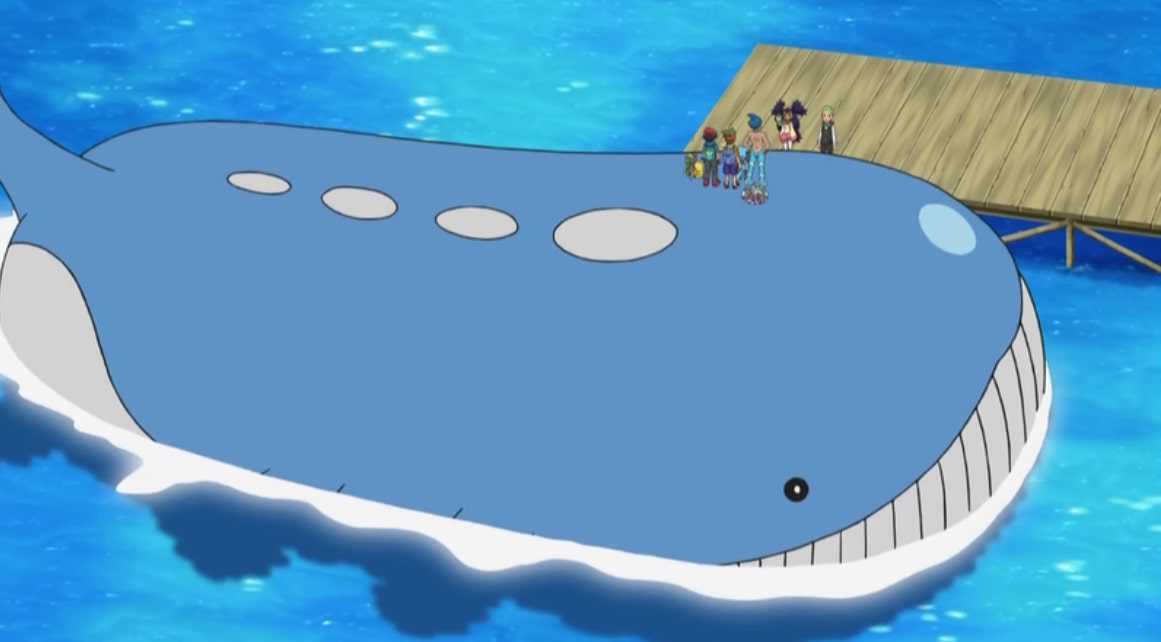