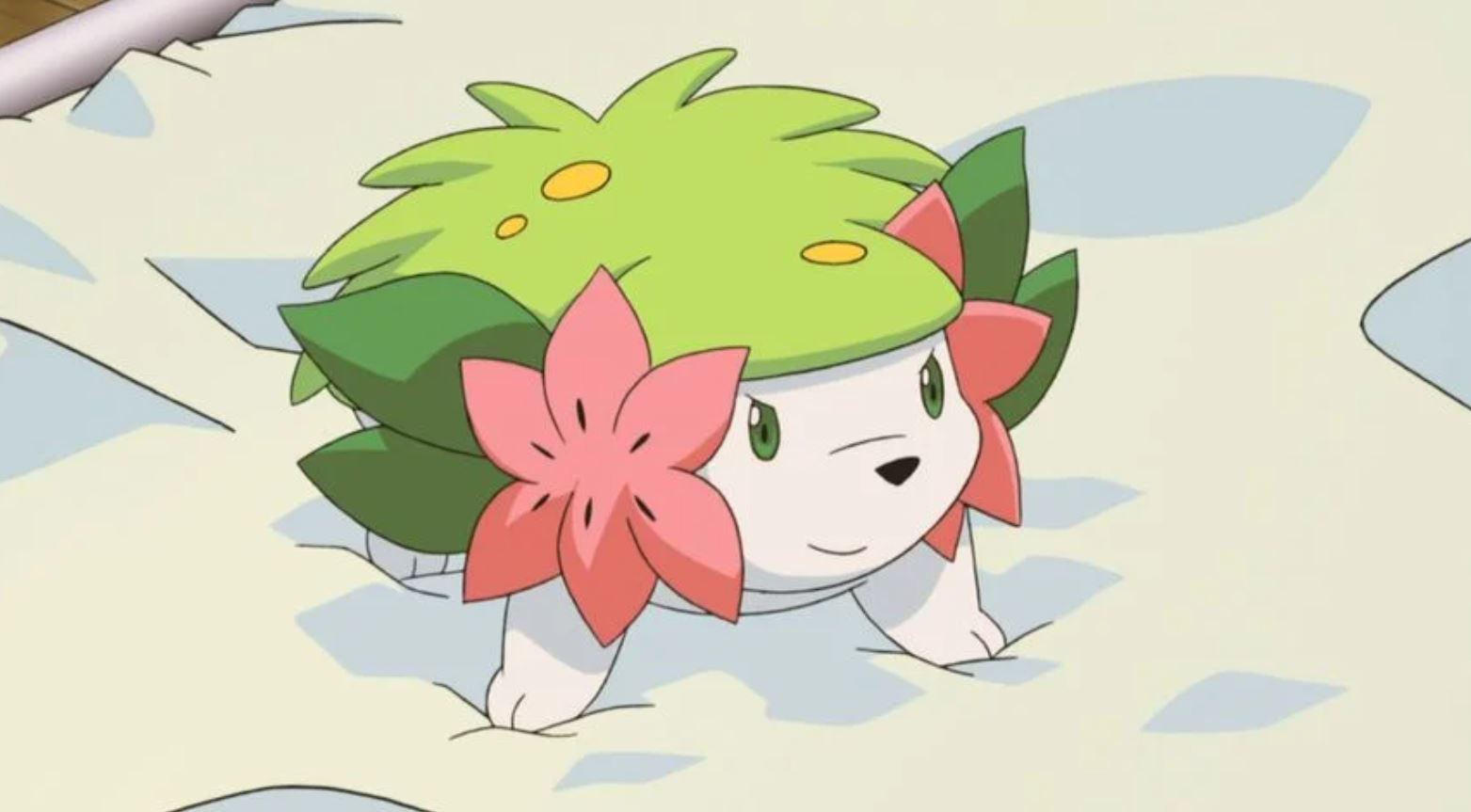 Pokemon is the best-selling anime franchise in the world. The story of Ash, Misty, Brock, and Pikachu is something we all have witnessed at least once. Many of us grew up watching Pokemon and it has remained in our hearts. Those who have watched Pokemon also know that there are a number of different types of the Pokemon present in the Pokemon universe. We will tell you all the types of Pokemon later on, but let us talk about the most popular flower Pokemons. Flower Pokemon, suggestive of the name itself comes from the flowers. There are different types of flowers in the world, as many Pokemons adapt these flower forms and become flower Pokemons.

The many different types of Pokemon are Normal, Fire, Water, Grass, Electric, Ice, Fighting, Poison, Ground, Flying, Psychic, Bug, Rock, Ghost, Dark, Dragon, Steel, and Fairy. Earlier there used to be a Bird type and a Shadow type Pokemon too. With our topic being the most popular flower Pokemons, we shall look at them, their abilities, and of course their popularity.

Say whatever you want but Venasaur is the best flower-based Pokemon ever. Not only does this beloved Pokemon look good, but is equally good in offense too. Those who have played the Pokemon games remember Venasaur and how cool he is. Venasaur is one of the classic Pokemon alongside many others like Pikachu, Squirtle, Charmander, etc. It is the final evolution form of the Bulbasaur. Venasaur uses the flower on his back to collect the solar energy and then uses it in battles. 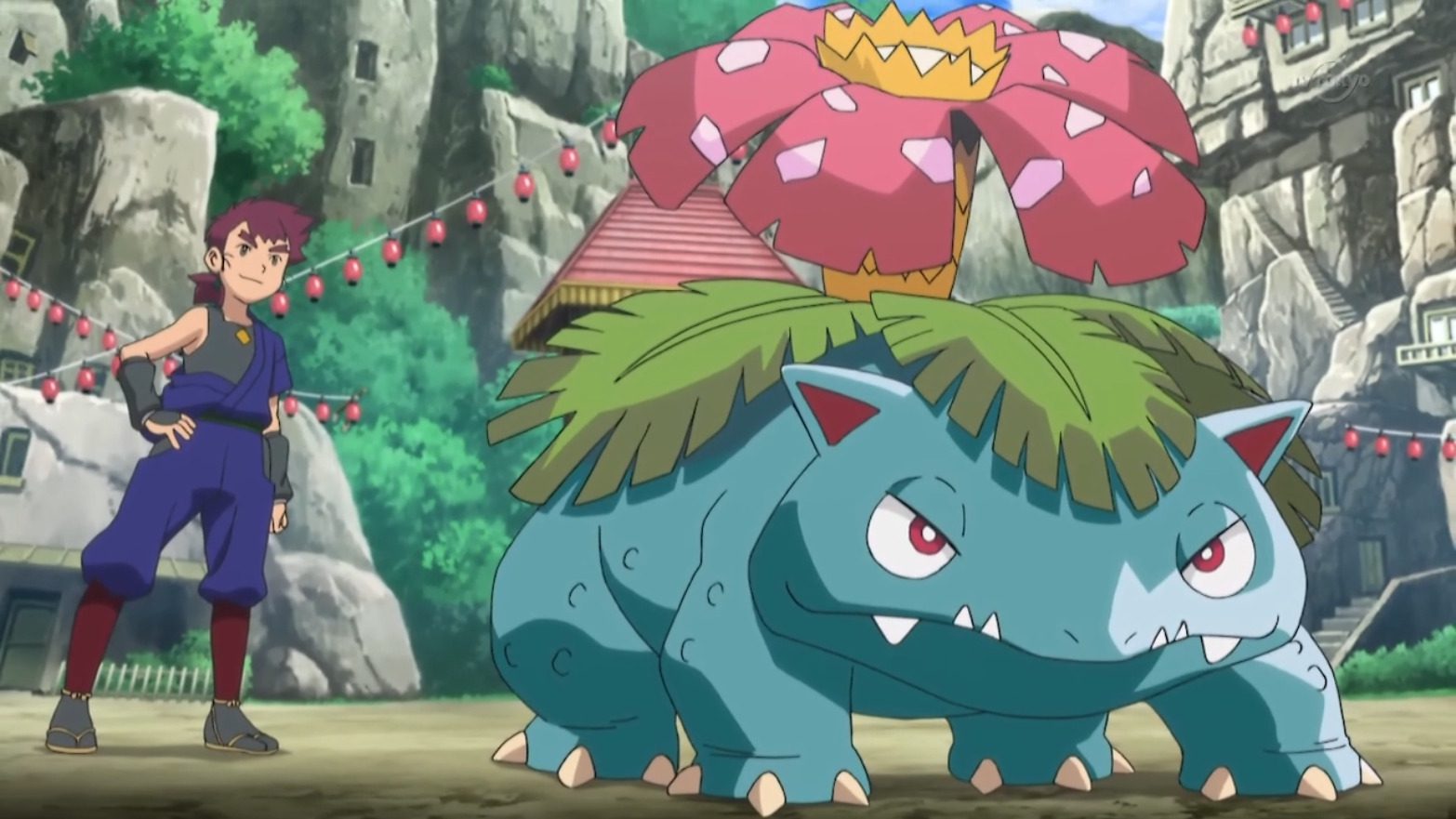 Tsareena is one of the most feared Pokemon. It is the final evolution form of the cute Bounsweet. As indicated by the name, Tsareena is inspired by the monarchial world. To wonder how powerful Tsareena is, know this, a kick from the hardened tips of Tsareena wounds the body and the soul of an opponent. Yes, the opponent’s soul too is wounded. Moreover, to make things worse, the wound endured from Tsareena’s attack can never be healed. No one could have imagined such a ruthless attack from such a sweet and cute-looking Pokemon. 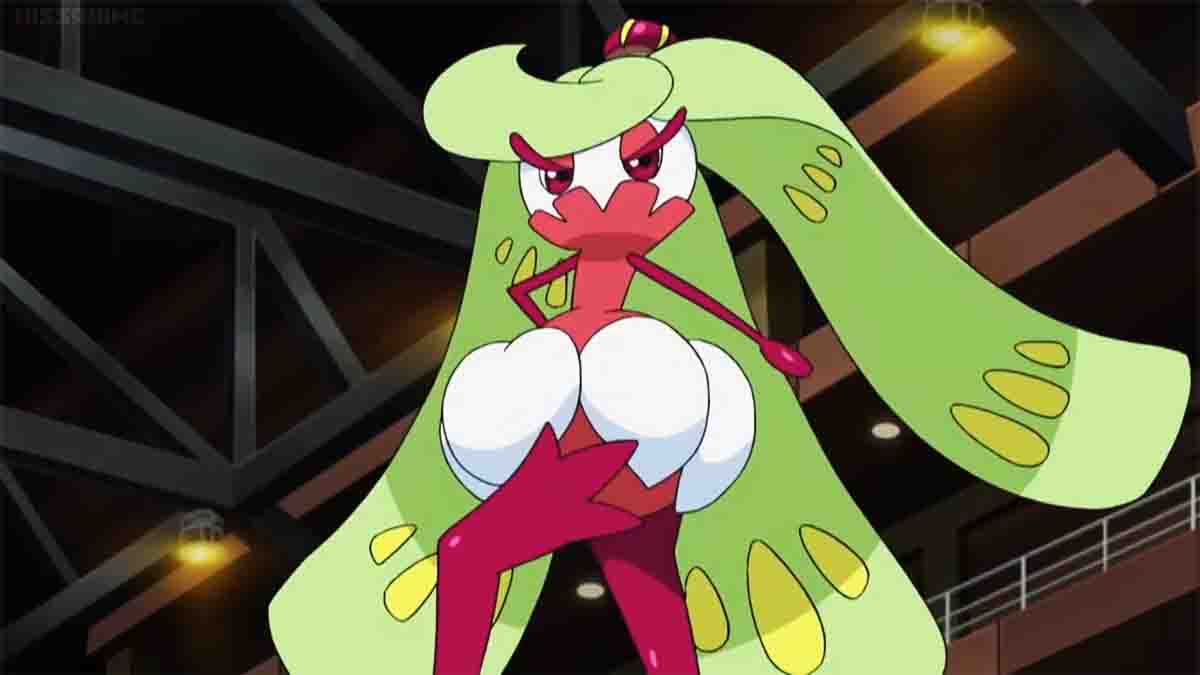 Vilepume is another popular flower Pokemon. The flower on Vilepume’s head is something his enemies should be careful of. That flower is fully blossomed. It can release toxins whenever Vilepume wants and can easily knock down his enemies. Vilepume has the largest petals in the world. These petals are of great advantage to the Pokemon. The larger his petals, the larger the number of toxins it can carry. With Vilepume having the largest petals you might have guessed correctly that Vilepume represents the Rafflesia flower. Vilepume is a grass/poison type Pokemon and comes under the flower-based ones.’ 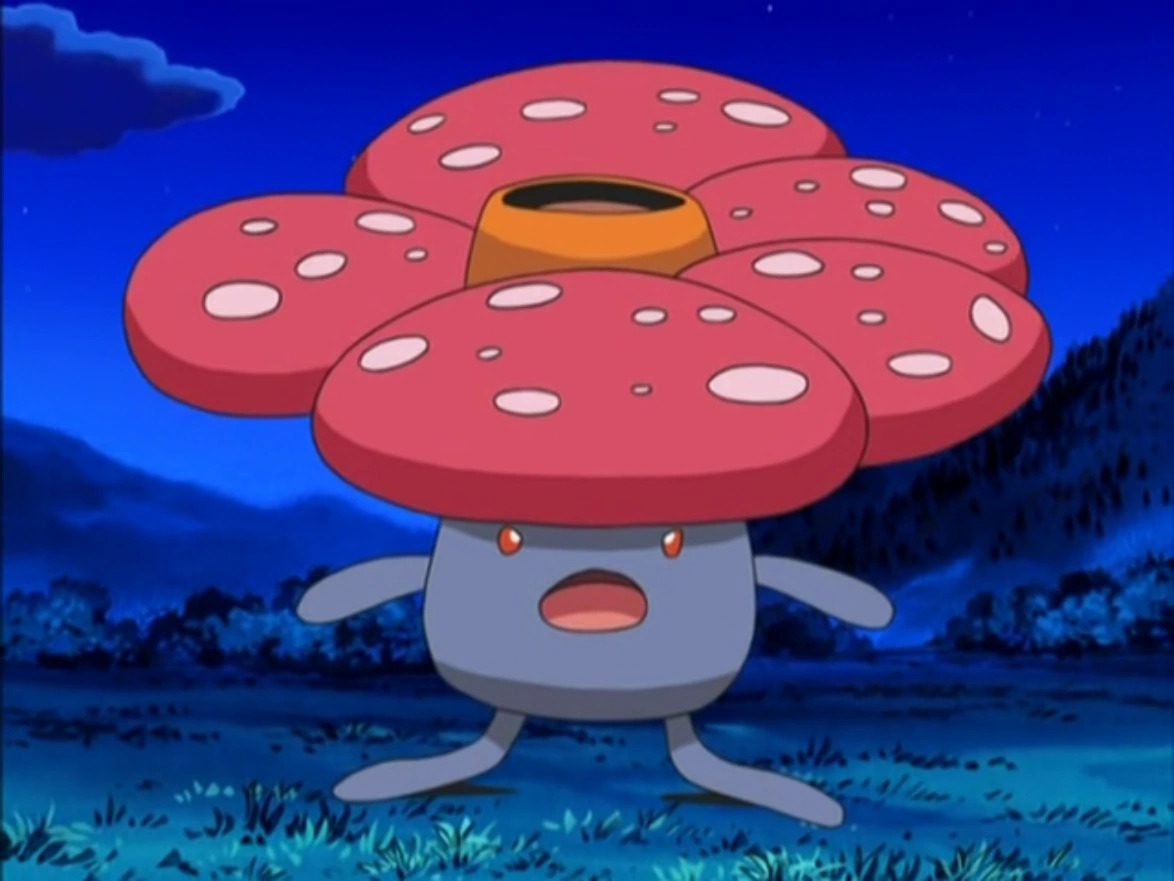 This Pokemon has got to be the most popular flower Pokemons. If not the most popular then the most beautiful. Be it sky or land form, Shaymin looks good in both. But, it is the sky form that is the superior one. With having the ability to convert into land and sky form, Shaymin is a grass/flying type Pokemon. Shaymin is a grass-type Pokemon. It was first introduced in Generation IV of Pokemon. Shaymin cannot evolve into a better form. It can only convert from land form to sky form using the Gracidea flower. Moreover what makes Shaymin a popular flower Pokemon is its status. Shaymin is a mythical grass-type Pokemon. 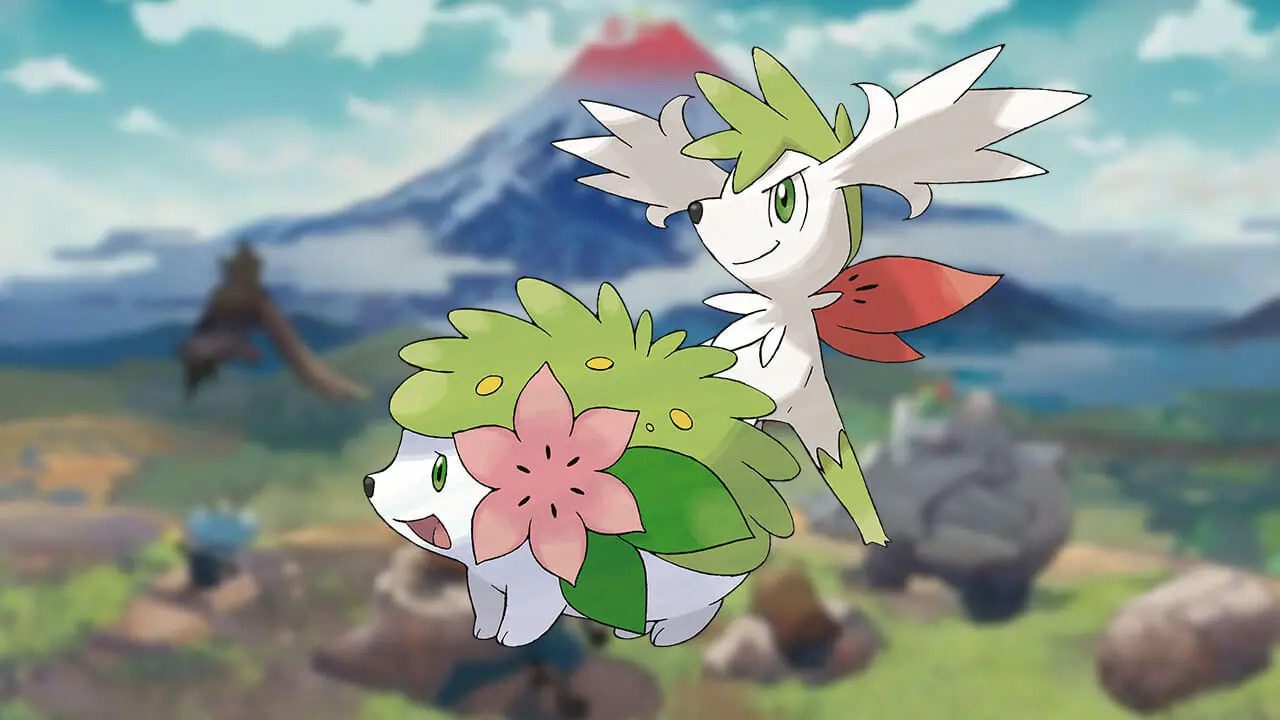 Florges is rather a not-so-offensive type of Pokemon. Why we are saying this is because its main aim in life is to protect gardens. While Florges will fight anyone attacking the gardens, it will hardly instigate a fight on its own. The lifespan of Florges can easily go over a hundred years. Introduced in Generation VI, Florges can reach its final form of evolution after coming in contact with it. Shiny stone. The design of Florges is what has impressed the fans the most. Florges is a female-only species. There is no male gender in the Florges species. Being the governor of gardens has earned Florges a reputation and a new nickname ‘Garden Pokemon’. 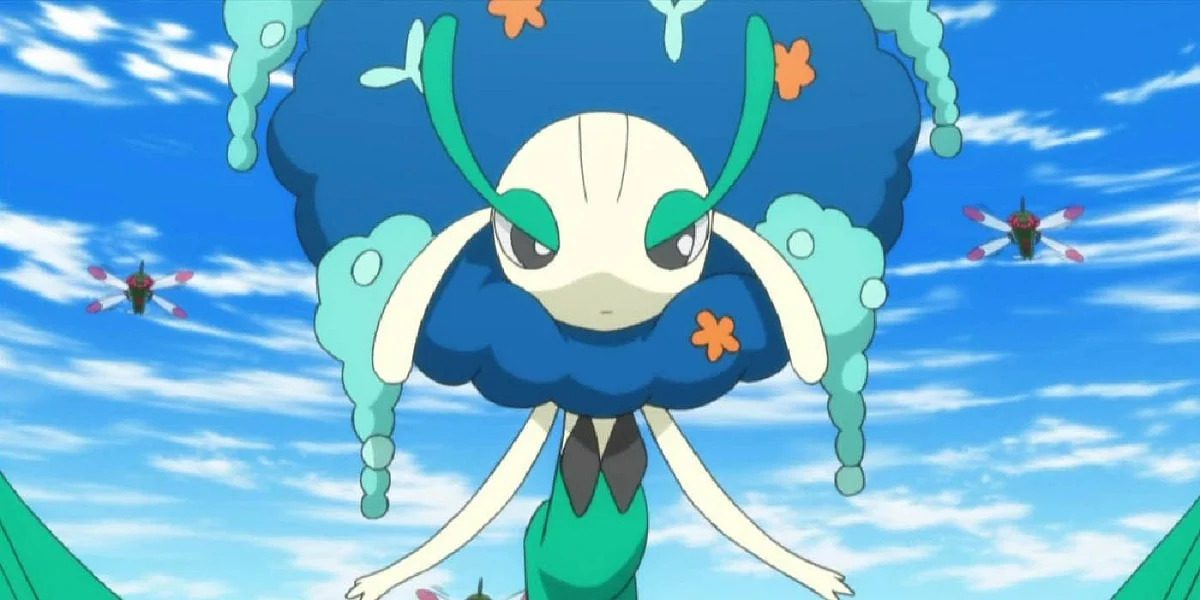 Eldegoss debuted in Generation VIII of Pokemon. Its debut made news as it challenged Whimsicott for the supremacy of the cotton ball. No matter what people may say or not say, Eldegoss is one of the cutest Pokemon out there. it is also known as the ‘Cotton Bloom’.  Eldegoss can be found easily depending on where you are searching for him. Players just have to catch Gossifleur and then evolve it into Eldegoss. 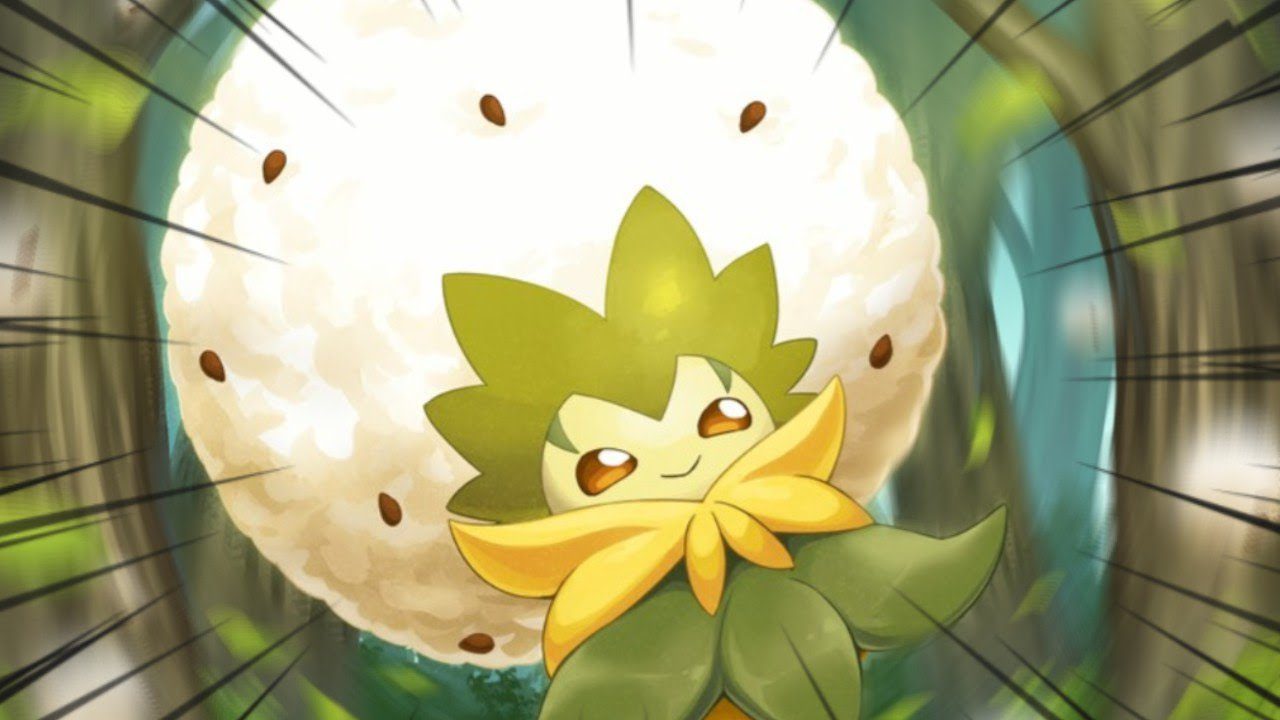 Also Read: Pokémon Home 2.0 Is Available: What Are The New Features?