As we know, the BTS member J-Hope owns a whole lot of expensive items. All the fans know how big of a fashion enthusiast the idol is. And he is a great shopper as well as cares a lot about his dressing sense as well as his accessories. The idol earns from various sources like albums, mixtapes, tours, concerts, and also various endorsements, which include Hyundai, Samsung, and Louis Vuitton.

The idol has a net worth of around $24- $26 million. He is the richest member of BTS. BTS consists of Kim Namjoon, Kim Seokjin, Min Yoongi, Jung Hoseok Park Jimin, Kim Taehyung, and Jeon Jungkook. J-Hope is the main dancer, sub rapper, and sub-vocalist of the group. He is also the dance leader of the group, and fans are always stunned by his dancing skills. The group has recently become the only kpop group to have been nominated two times for the Grammys. The group has been spreading its charm far and wide, and we can say that currently, it is the biggest boy band in the world. Let us know about the most expensive items owned by J-Hope of BTS.

J-Hope wore a Saint Laurent black wool varsity jacket with embroidered sleeves for his song “Daydream,” which was part of his mixtape “Hope World”. This jacket cost around 4234 US Dollars. He was also once spotted by fans wearing a jacket that was worth 3531 US Dollars. Along with this, he wore an outfit of Thom Browne for the MTV Unplugged, where they sang many songs and also covered “Fix You” by Coldplay. The outfit cost around 4295 US Dollars.

How can we forget talking about how J-Hope wants his outfit to be completely perfect, and this obviously requires accessories. But even his accessories are quite expensive. For example, he once wore a Gucci Mickey Mouse necklace worth $750. He was also once spotted wearing a beautiful Iris flower brooch which was from Ann Demeulemeester, and this cost around $270. Along with these, he also wore a Louis Vuitton Monogram Strass Charm necklace which was worth 515 US Dollars.

Also Read: A Look At The Best Fashion Moments Of BTS J-Hope On His 28th Birthday!

Does BTS’ J-Hope Own Any Property?

Yes, the idol owns properties. According to some reports, the idol is the owner of a luxury apartment which is situated in Seongsu-dong in Seoul. This apartment is worth around 1.1 million US Dollars. And right now, its value has even increased to 2 million US Dollars. He has also given a glimpse of his apartment through his Instagram account. The interiors look classy and just fit the vibe of the idol. Reports also say that he has a keen interest in real estate, and we can see that when he bought the house. Fans were thrilled to know that he was not the only one to buy a house there. He is also said to be neighbors with popular groups like the boy group Super Junior and the girl group Girls’ Generation.

To sum up, we can say that J-Hope is a huge fan of luxury items, has a great fashion sense, and also has an interest in real estate. He is also a fashion icon, and we expect no less from our fashion king. Fans are always excited to know about the items the idols own as they too want to buy the same things to get a sense of relatability with them. He always tries his best to keep his bubbly vibe alive and motivate fans with his amazing aura. He is rightly named “Sunshine,” and no one can deny that when we see J-Hope, we always get motivated and a sense of hope, and we get strength from him to get through the struggles and pain of our daily lives.

Also Read: J-Hope’s Net Worth 2022: How Much Does The BTS Member Earn? 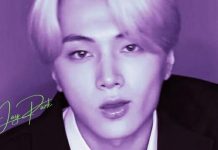 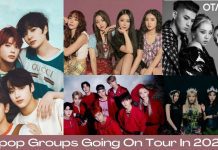 Which Are The Kpop Groups Going On Tour In 2022? 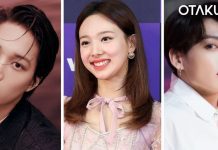