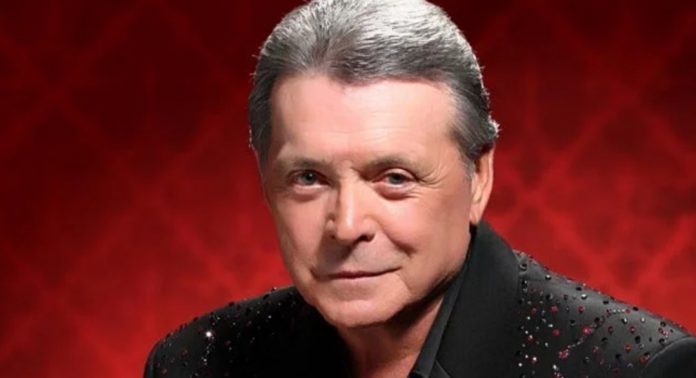 Here, we shall discuss Mickey Gilley’s Net Worth. What do we know about his notable works that have led him to a massive amount of money, throughout his career? Starting from the basics, Mickey Leroy Gilley had gained massive prominence being a prominent country music singer and later turned towards the pop chart too.

Some of his hit works include – Room Full of Roses, There I’ve Said It Again, Don’t the Girls All Get Prettier At Closing Time, She Reminded Me Of You, Put Your Dreams Away, etc. Not to forget to mention some of his famous studio albums, such as Invitation Only, Precious Memories, Make It Like The First Time, and many more.

However, fans are shocked and disheartened after knowing the news of his death. It was announced on 7 May 2022, when he was 86 years old. Well, this singing career has helped in adding a decent amount to Mickey Gilley’s Net Worth. Investments in various real estate properties also are a part of his massive monetary accumulations. That made him quite a wealthy person, isn’t it so? Let’s dig into this article to learn more about Mickey Gilley’s Net Worth.

Also Read: Kim Hye Soo’s Net Worth: How Much Does The Veteran Actor Earn?

When we talk about his monetary accumulations, Mickey Gilley’s Net Worth in 2022 is estimated to be a whopping $20 million. He made most of his income from being a prominent country music singer. Because of his versatility in music skills, his 42 singles have made rankings under the top 40 on the US Country chart. Not to forget to mention his contributions to Urban Cowboy, Smokey, and the Good Time Outlaws had made him more renowned and added quite a lump sum amount to his net worth.

Talking more about his wealth, Mickey Gilley always believed in investing in something that would yield him something in return, if not at present but in the future. Like investing in various real estate, the mansion where he used to live with his family for some time is worth million dollars. More precisely, the house is located in Pasadena, Texas, United States.

But, this year, the house with so many amenities has been made for sale. In 2014, he relocated himself to Old Kinderhook Resort, located in Missouri. With so much income, he is believed to have owned a large number of branded cars, as other celebrities do. We will be updating Mickey Gilley’s car list, kept in his garage, very soon.

Briefly, we may say that Mickey Gilley wasn’t just successful in terms of fame but also in monetary terms. His great skills were very much visible and proved with each of his performances.

Also Read: Thibaut Courtois’ Net Worth: How Much Does The Footballer Make?

Besides learning the details of Mickey Gilley’s Net Worth, fans are curious to know more about him. Well, Mickey was born on 9 March 1936 in Natchez, Mississippi, United States.

Talking about his carer, Mickey gained quite a fame with the remake of the Soul hit, Stand by me. Thanks to his cousin, Jerry Lee Lewis (rock ‘n’ roll icon), who introduced him to The Gospel and even taught him guitar playing skills. Some of his noteworthy singles which you must try listening to are- Don’t the Girls All Get Prettier at Closing Time, A Headache Tomorrow, Lonely Nights, You’ve Really Got a Hold on Me, She’s Pulling Me Back Again, Honky Tonk Memories, Now I Can Live Again, etc.

Besides these, he also released some of his versatile studio albums, which turned out to be massive hits. The list includes- Too Good to Stop Now, Make It Like The First Time, Live From The Mickey Gilley Theatre, Kickin’ It Down The Road, Two Old Cats, Gilley’s Smoking, etc. Back in 2002, he was inducted into the Delta Music Museum Hall of Fame.

Hoping, Mickey’s soul rests in peace. He is still alive with us, through his musical creations. Condolences to his family and close ones!

Also Read: David Cook’s Net Worth: How Much Does The American Musician Make?