Hee Ok is safe and back with her family in ‘Love Twist’ Episode 97. Ok Hee tells her that she has told Ha Ru everything thinking that she might not come back. When Ha Ru develops questions about his birth, So Ri tells him the facts that her mother told her. She tells him that Hee Ok always loved him and never wanted him to be sent to an orphanage.

After being released from the hospital, she comes back to live with Ha Ru. However, Yoon-ah is not happy about this. Also, Ki-Tae drags Kyung Joon into his devious plan and makes him hide a murder. Moreover, he tells him to spread the fake news that Ha Ru killed his father.

In ‘Love Twist’ previous episodes, till now, we have seen that Ha Ru and So Ri follow a suspicious van. They had already transferred the gold into another car and relied on the police to follow it. However, in ‘Love Twist Episode 97, the dynamics of power shift. After following the van, Ha Ru and So Ri finds the place where Hee Ok is kept and rescues her. Instead of making a run for it, Ha Ru decides to confront Ki-Tae. He tells him to take the gold and never show his face in front of them.

However, Hee Ok is not ready to give Ki-Tae the money. She picks up a brick and threatens Ki-Tae to leave the gold. As she loses her focus just for a second, Ki-Tae snatches the brick from her hand and tries to hit her. Nevertheless, Hee Ok is saved as Ha Ru jumps in at the right time. In the ‘Love Twist’ Episode, Ha Ru knocks down Ki-Tae and keeps punching him till he is half dead. When Ki-Tae wakes up, he loses everything, and in this frustration, he kills one of his men. Then he calls Kyung Joon to help him bury the body.

Kyung Joon Is A Compliant To Murder

When Ki-Tae tells Kyung Joon that he can help him get rid of Ha Ru once and for all, after hearing this, he runs to him. However, when he reaches there, he finds out that Ki-Tae has killed someone. In ‘Love Twist’ Episode 97, Ki-Tae forces Kyung Joon to bury the dead body and makes a video of him. Before this, he promises to give him. a video of Ha Ru hitting him that he can use. All he has to do is say that Ki-Tae is dead and Ha Ru killed his father.

When Kyung Joon finds out about Ki-Tae’s plans in ‘Love Twist’ Episode 97, he is hesitant to help him. However, he does not have any choice as Ki-Tae is now blackmailing him. The next day, Kyung Joon calls So Ri to his office and shows her the video of Ha Ru beating Ki-Tae. At first, she is suspicious of Kyung Joon conspiring with Ki-Tae, but when he tells her that Ki-Tae is dead, she is frightened. On the other hand, Yoon-ah is scared of Hee Ok as she accepts that she was going to kill Yoon-ah. When she asks Ha Ru to make his mother leave, he refuses. This makes her wonder if his feelings will change for her in the future.

‘Love Twist’ Episode 97 release date is 13th May 2022. Ha Ru turns down Yoon-ah with a cold response when she asks if his feelings for her will change. Also, she is frustrated by the fact that her father is trying to get Chul Gu more and more involved in Saet Byeol’s life. Finally, in the ‘Love Twist’ upcoming Episode, we come to know that Kyung Joon has gone to the other side and will not hesitate to make Ha Ru a murderer. Will So Ri be able to save Ha Ru from Kyung Joon?

Love Twist’ is a television series broadcast by the KBS2 channel. People living in South Korea can watch the episodes of ‘Love Twist’ on the official network. As for the International fans, they can watch the ‘Love Twist’ Episode 97 on the subscription-based website Rakuten Viki. 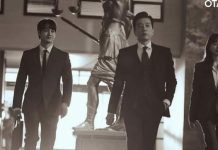 Who Are The Talented Actors In The Law School K-Drama Cast? 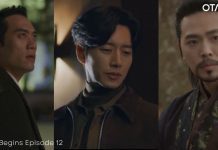 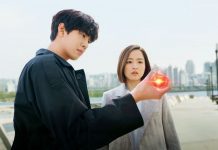 How To Watch ‘Abyss’ K-Drama?